TSO, or the Timponogos Symphony Orchestra had their annual Halloween concert!  We were all dressed up, and had some of our favorite people with us. I got Grandma and Grandpa to come!

Krysta, Karen, and Jane came too. Karen just started to play the cello and is not that excited about it. I kept looking at her the whole show hoping she would get impressed and excited. It’s not that she doesn’t want to do it, it’s just that she wanted to play the bass, and her school didn’t have any. Man, she is too grown up! They had planned on dressing up, but the costume was taking longer than anticipated and wasn’t quite ready.

I got to sit by this guy. It was pretty great. 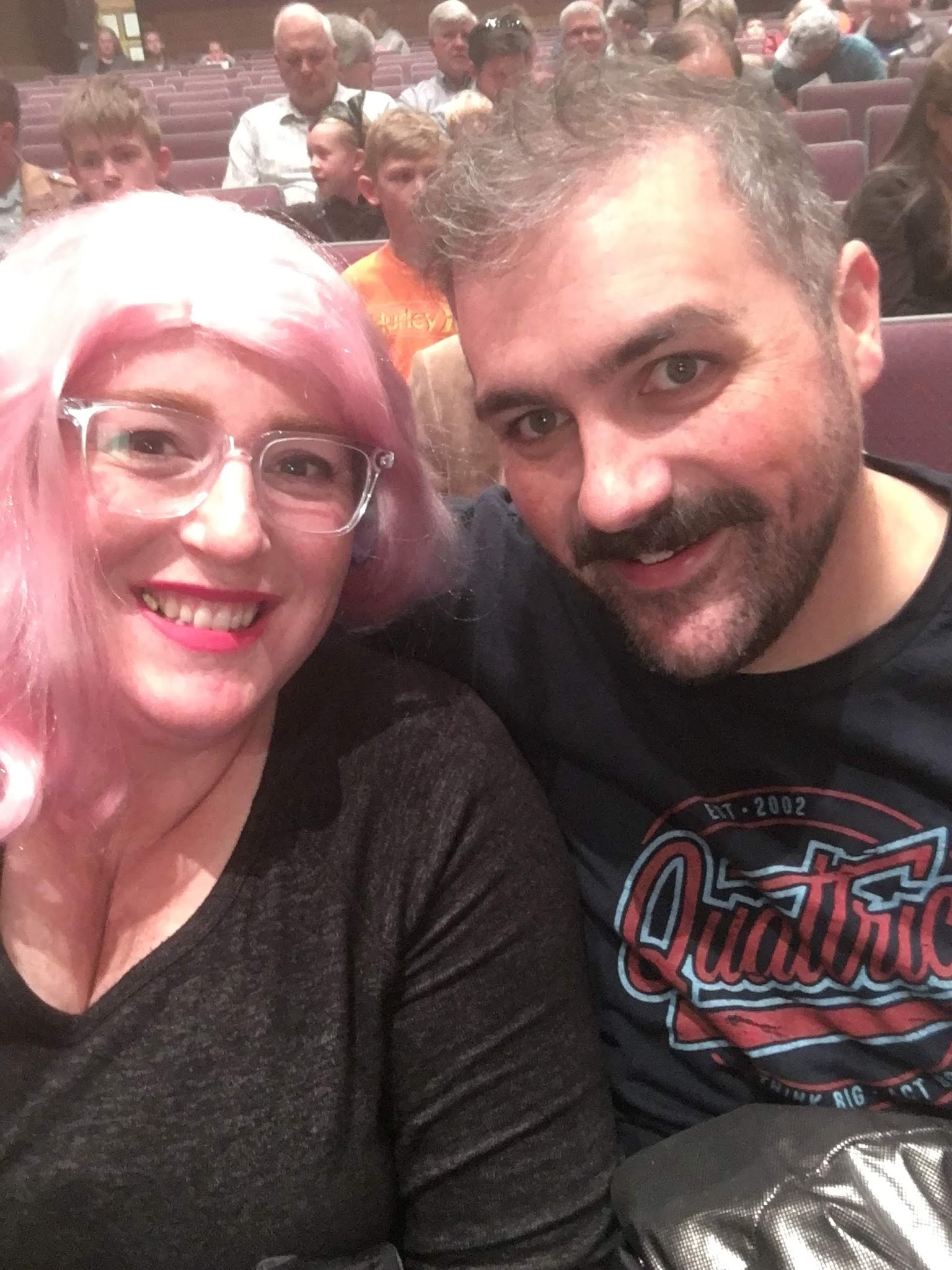 Mom and She-Ra sat together.

The set list this year was on the theme of Hero’s and Villains, mostly Villains. The conductor came out in a coffin and was draula. His first guest conductor was Dr. David Pew, who said, “Pewwww” as he come on stage dressed as poop. 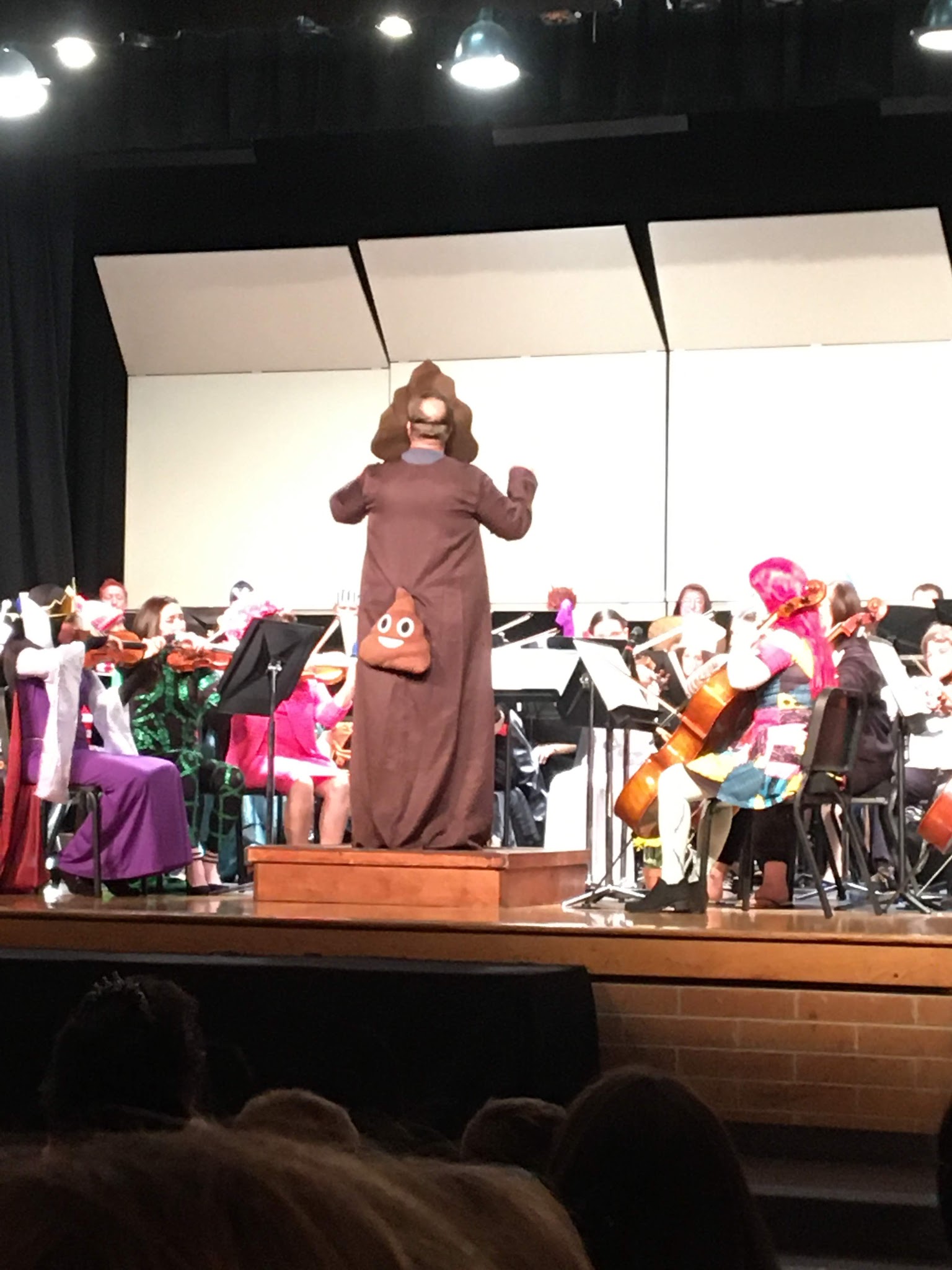 Then the conductor came out dressed as a man getting eaten by a shark, and here he is during the costume parade dressed as Frankenstein’s monster. 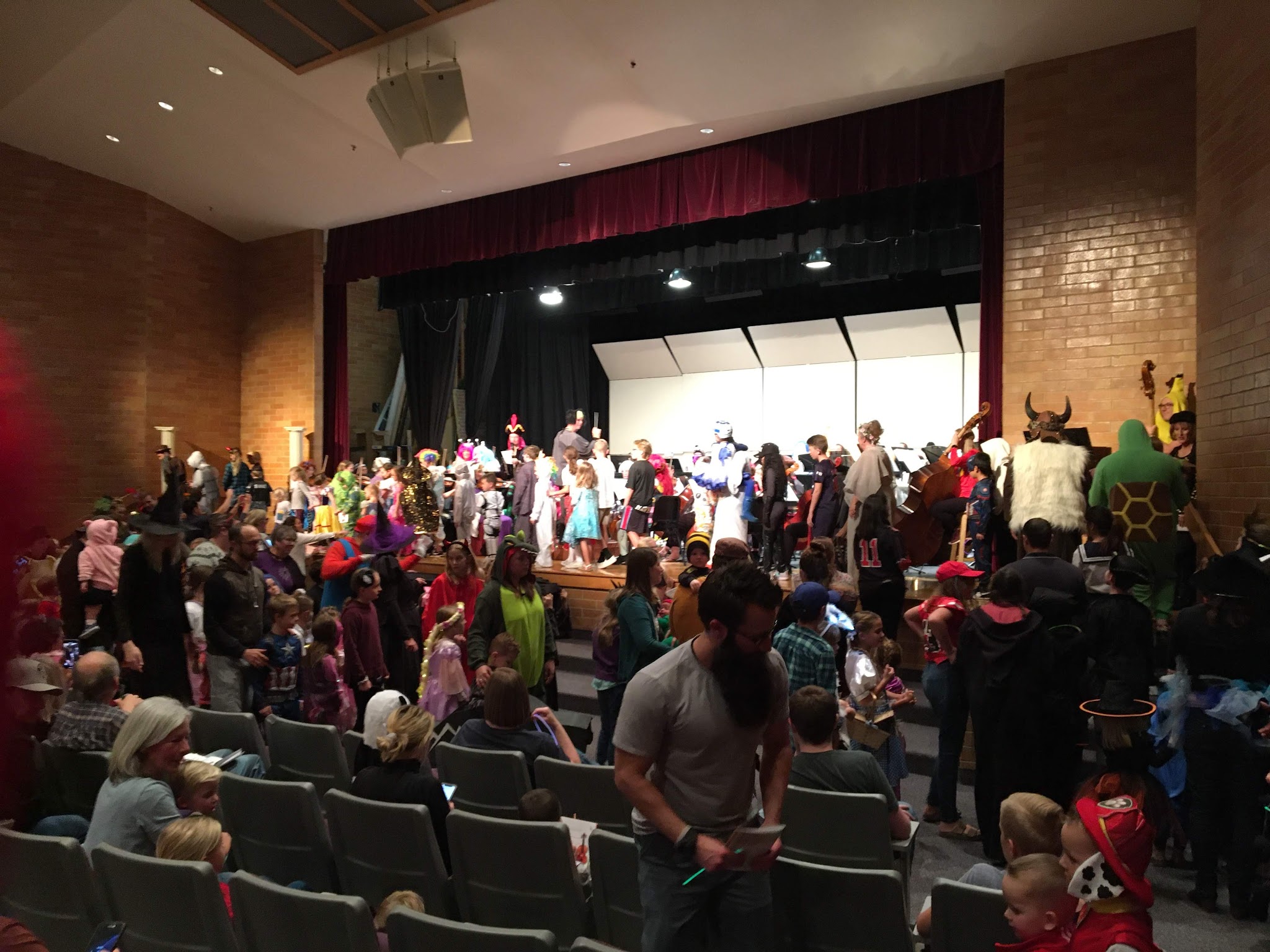 Can you find Lucas, me, or Mirah?

Back in the seats, Lucas was getting rosy cheeks and looking sleepy. 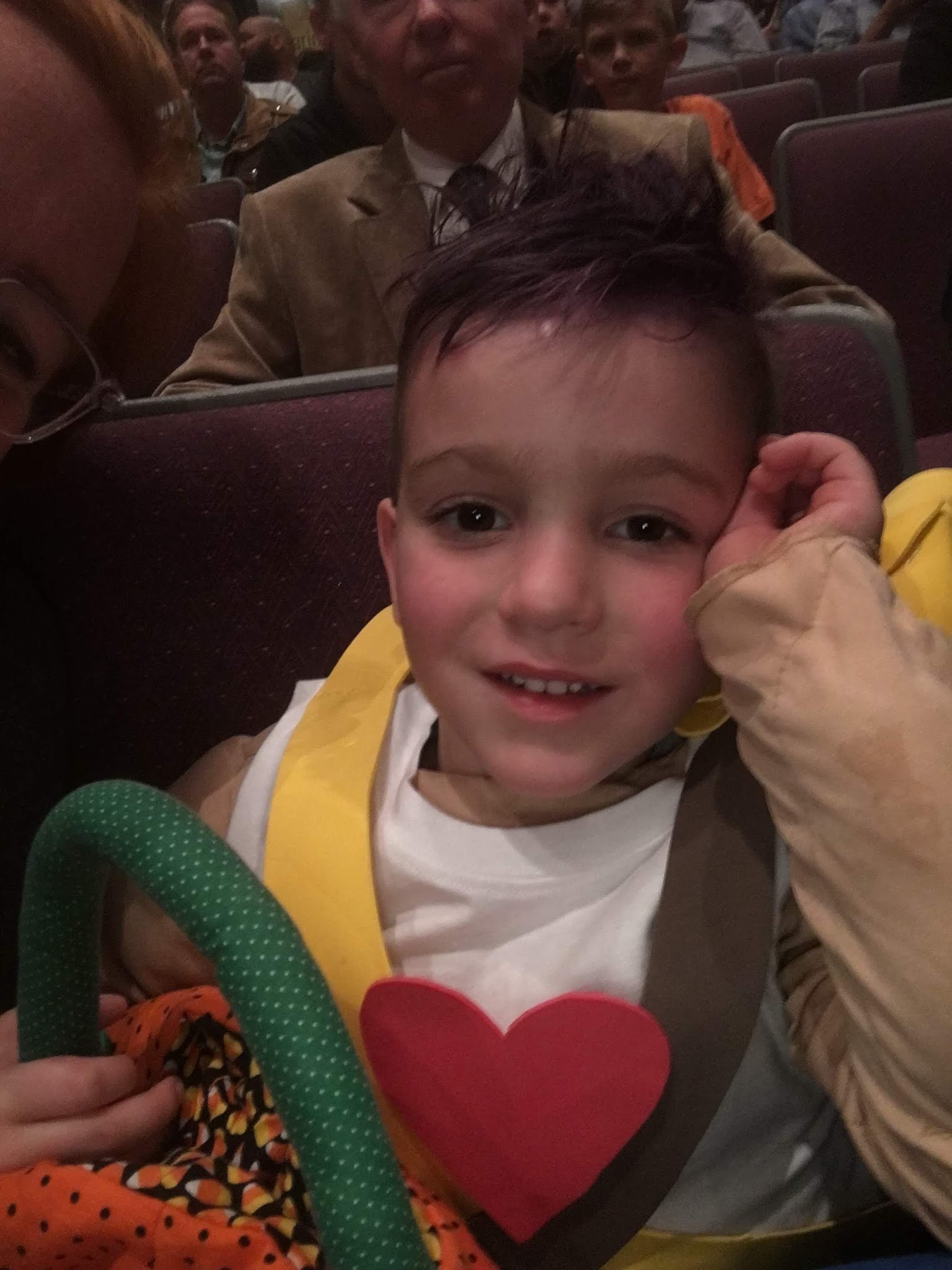 After a couple Harry Potter numbers with guest conductors Fred Weasely and Dolores Umbridge, the ended the show with a Jurassic Park medley where the conductor’s last costume was a Dinosaur! 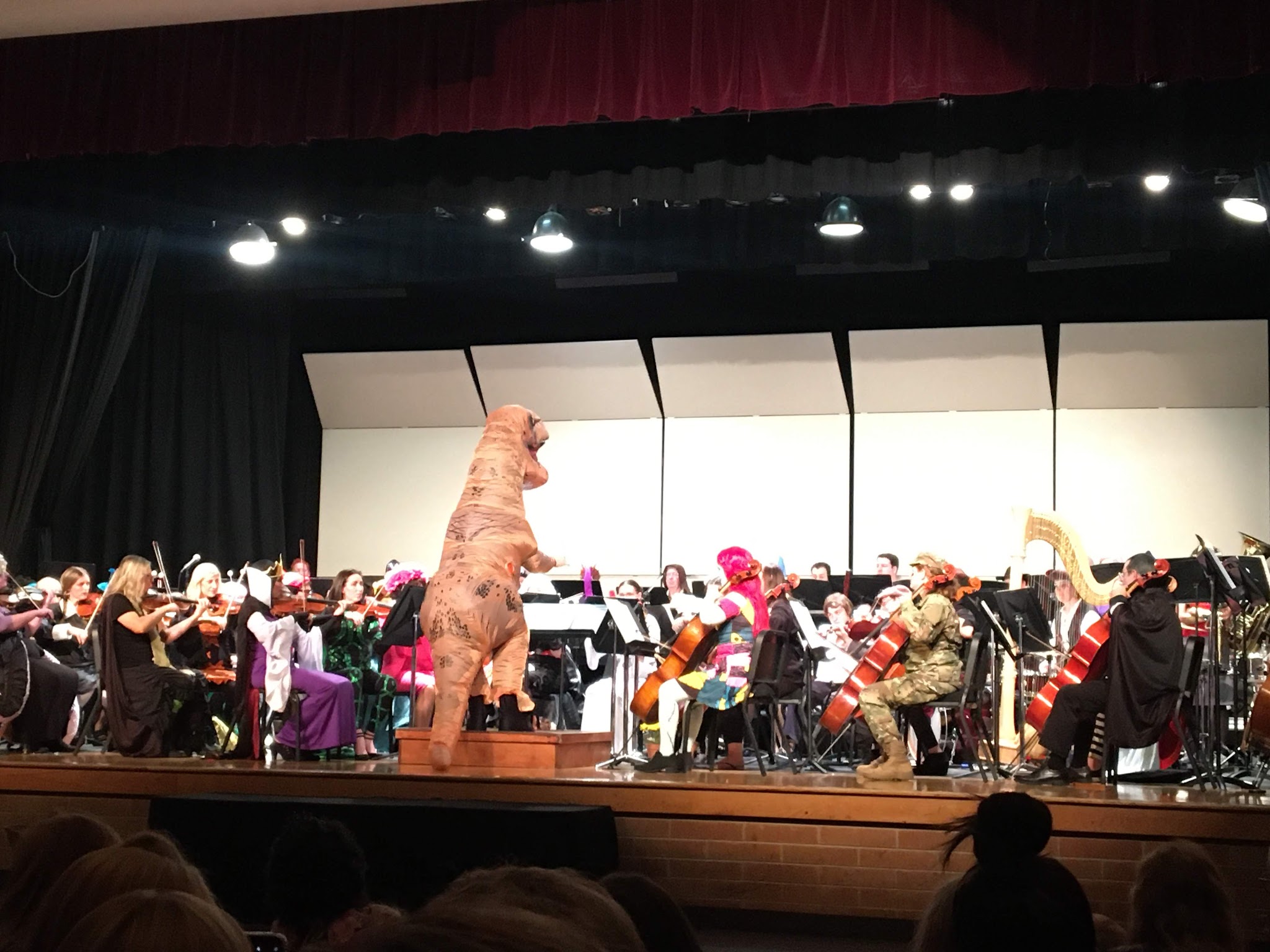 Mom and Dad had great time. Especially mom I think. 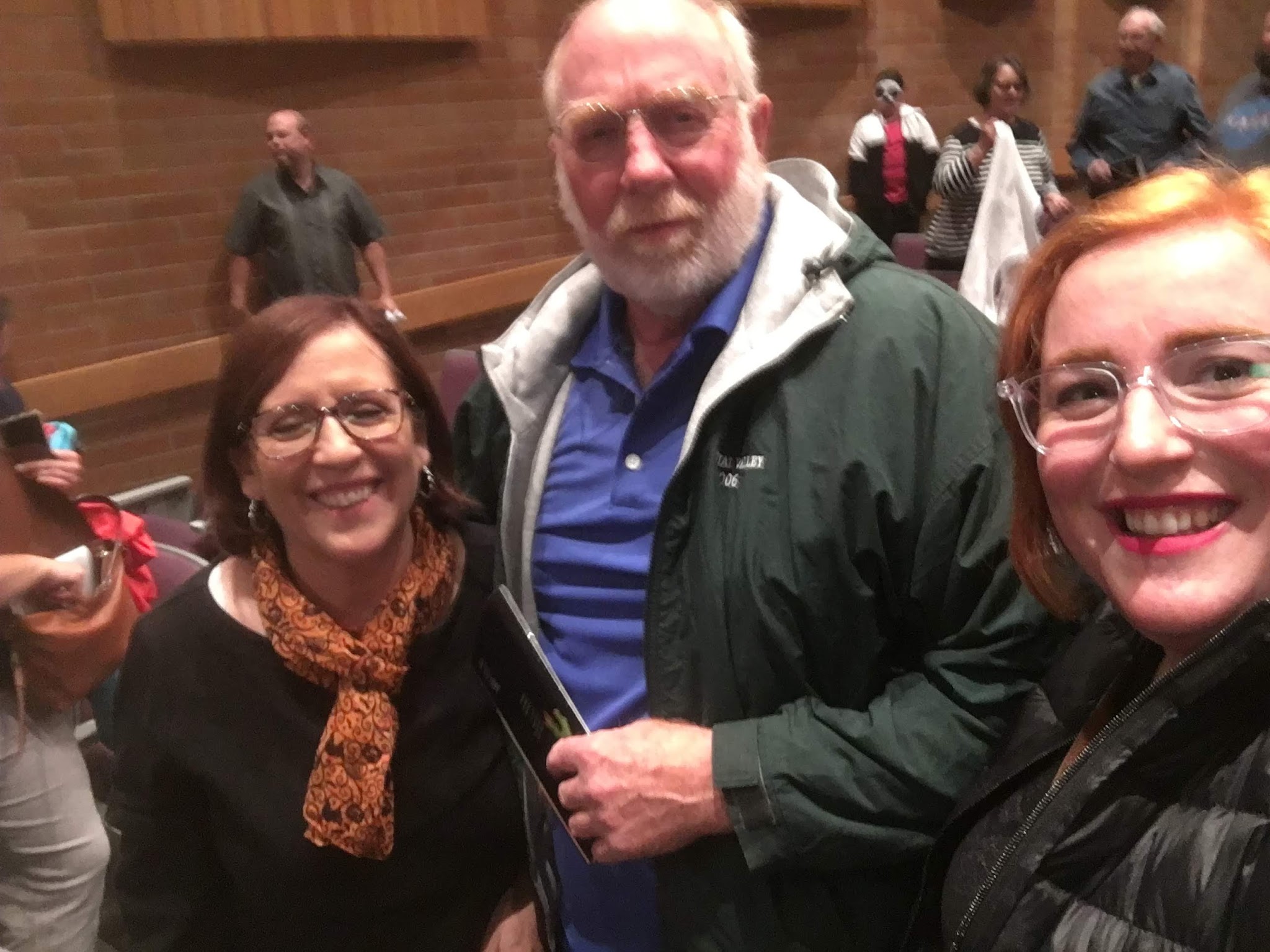 Right after the show the kids went trick or treating. 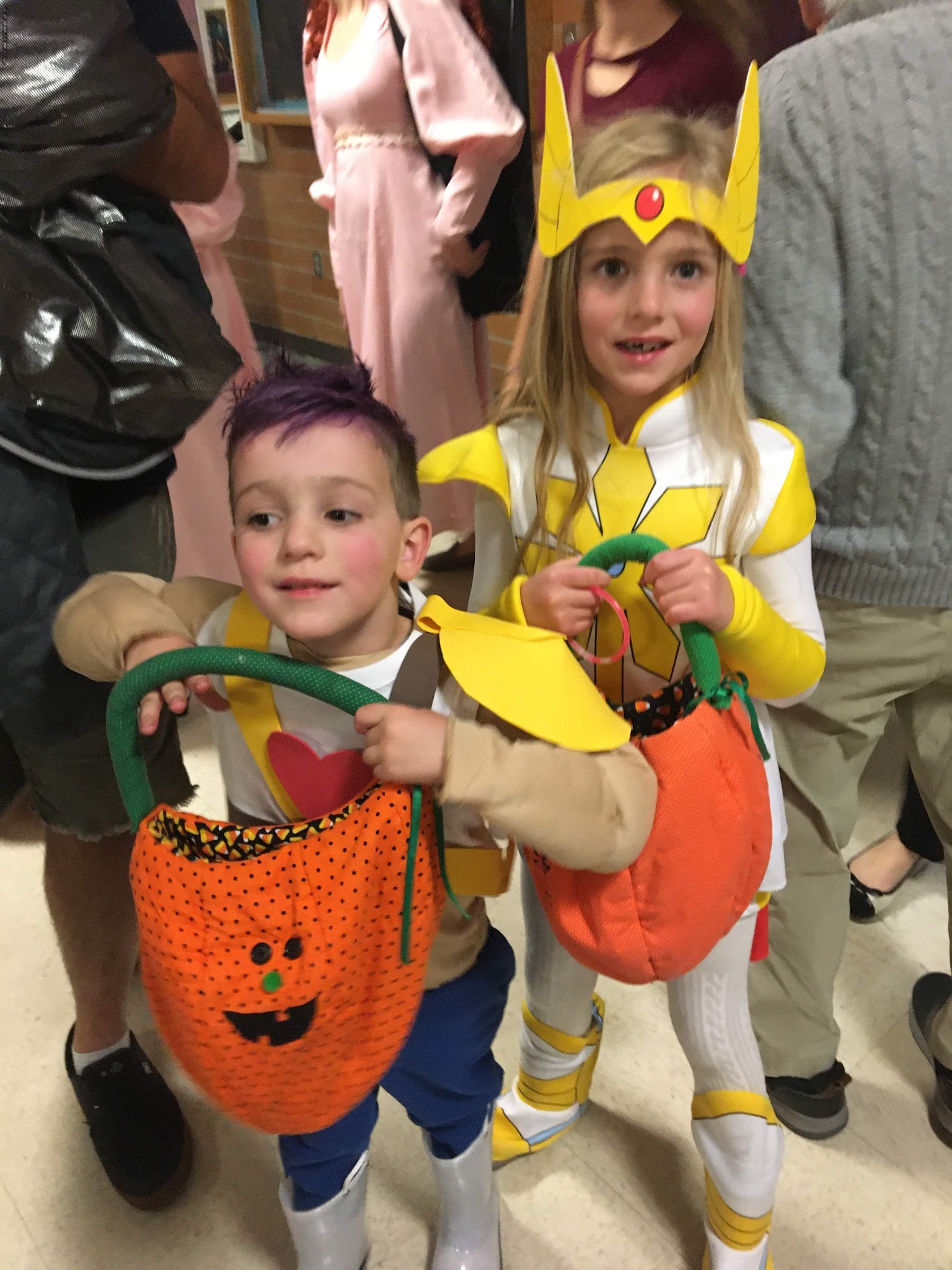 Last pictures with the Whitmores. 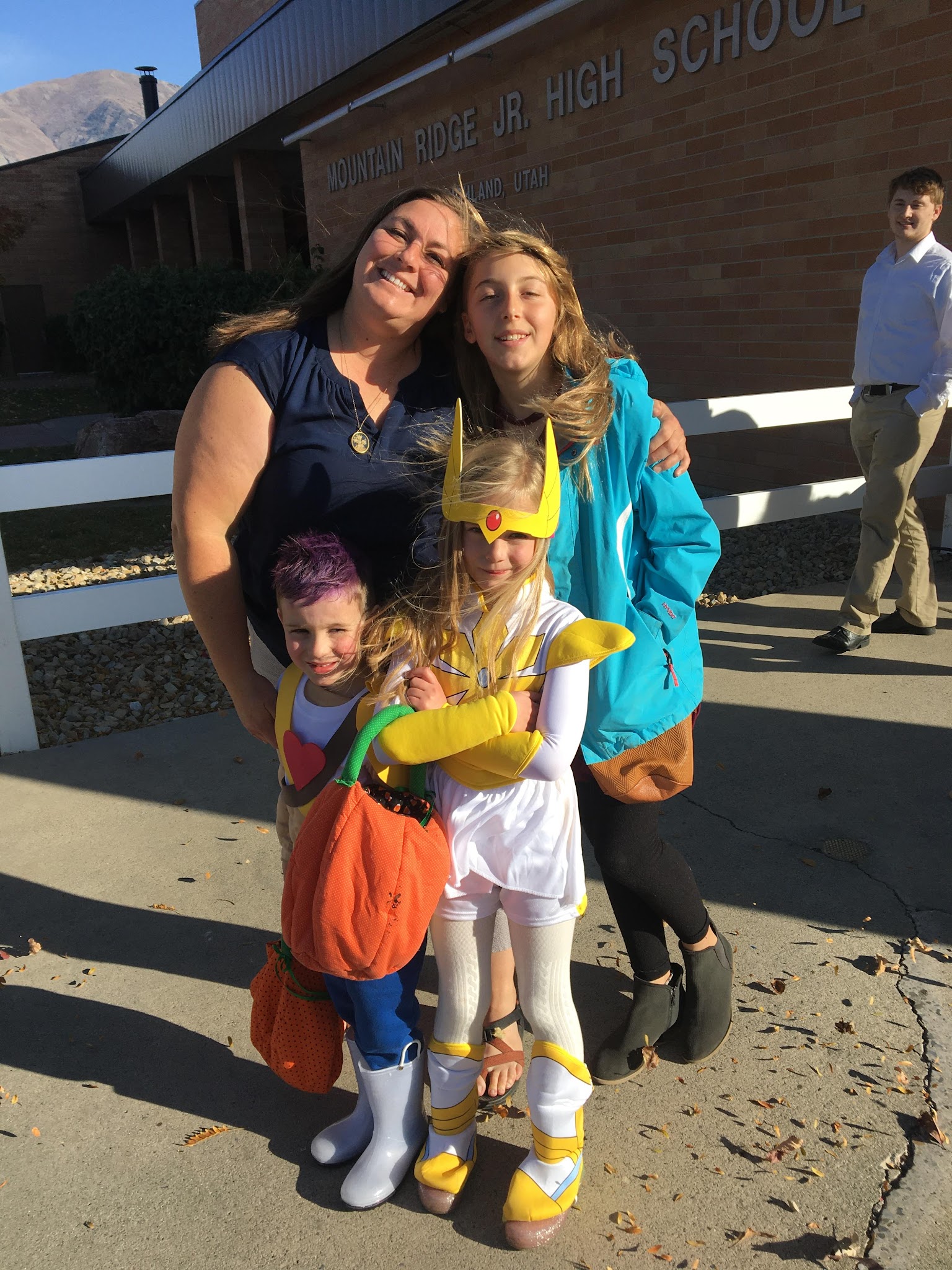