After a lazy morning we slowly drug ourselves out of bed. We were going to go on a hike and get doughnuts on our way, BUT we ended up not going on the hike. We did end up going to Fillings and Emulations.  We got a Churro Cruffin …yeah. It was amazing.

After brunch, we went to the living room where the kids presented us with their Magic Show, yes inspired by the virtual magic show we had watched last night. 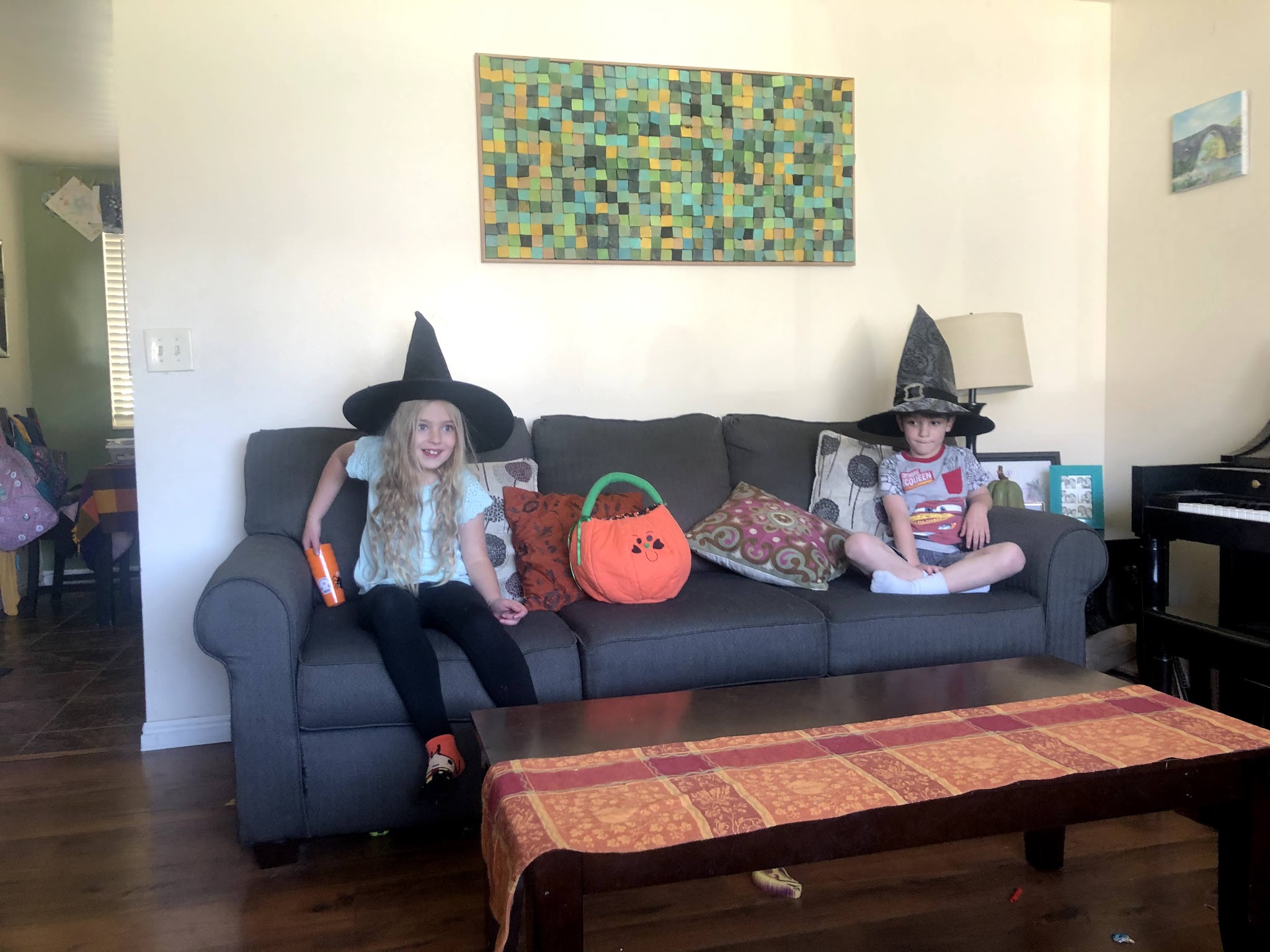 There was secret language decoding. 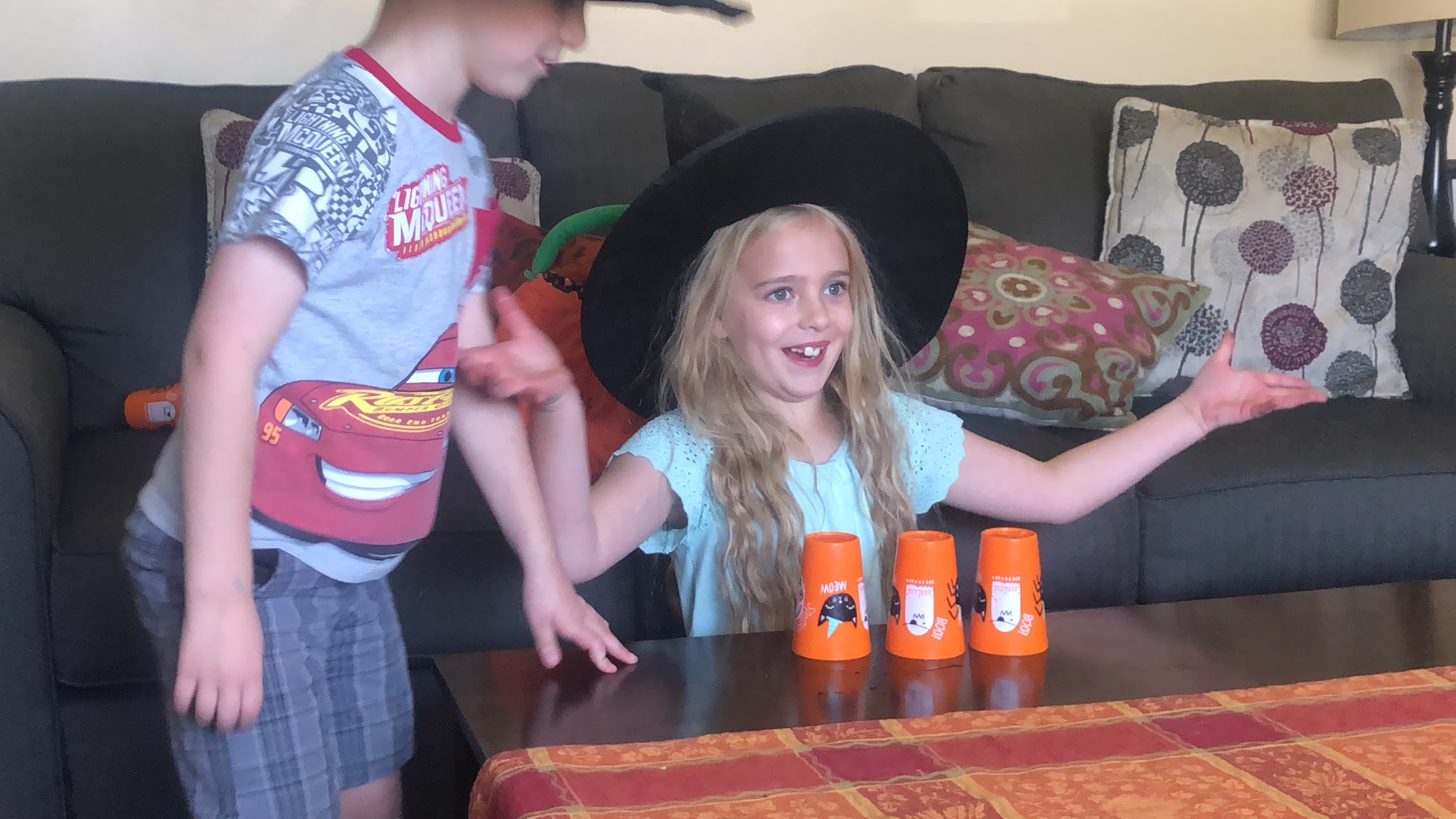 Then Mirah did a ball and cup trick.

Then Lucas did a fast change!!

THEN, we had fun doing slow-mo knock down shots! Unfortunately the slow-mo goes away when you upload them to YouTube.

I love these kids. They are so cute with their leaning tower of Halloween cups.

We had another fun dinner: Navajo Tacos! This week was Columbus day, and Indigenous Peoples Day. So we spent the meal talking about the complicated history of Columbus, the Native Americans, The US Government, and the Local Utah Nanite peoples. The meal was a SMALL way to celebrate these people and to open up conversation about their relationships to the US government, and with Thanksgiving right around the corner…hopefully giving our kids a more compressive and fair historical picture of the native people of the place we live.

Karl made the fry bread, and we had delicious ground beef/pork tacos on them.

Dessert was fry bread/ what I grew up calling SCONES with ice cream, powdered sugar, whip cream, and cinnamon sugar. It was a pretty fun meal.