With Maryn  being in town, we really wanted to be together. BUT it is tricky. There is so few safe things we could do, so after some thinking I proposed a walk down the Provo River Trail. I thought there would be fewer allergies for Maryn. It would be a walk that mom and dad could handle. We could wear masks and be socially distant. The kids and the dog could come and have lot of room to run around. The weather was supposed to be beautiful AND on top of it all, the fall leaves are beautiful right now, and so it would be beautiful. SLAM DUNK! Dad had decided to go on his own walk earlier in the day. It was a Monday so KP and Cam were at work. BUT Karl taken day off to be with us during the fall break so we all piled into our cars and headed down to the Trail Head off of Geneva in Provo.

The day was lovely, and Karl and the kids had brought their bikes. They went ahead and got on the tree swings off the trail. There were ducks in the water, and Luna was drawn to them. And then drawn right into the water after them.

Mom and Maryn were so happy to be together in this beautiful place taking lots of pictures.

The kids and Karl and their bikes got left with the swings while mom, me, Luna, and Maryn walked ahead.

A picture Maryn took up us as Mirah caught up. 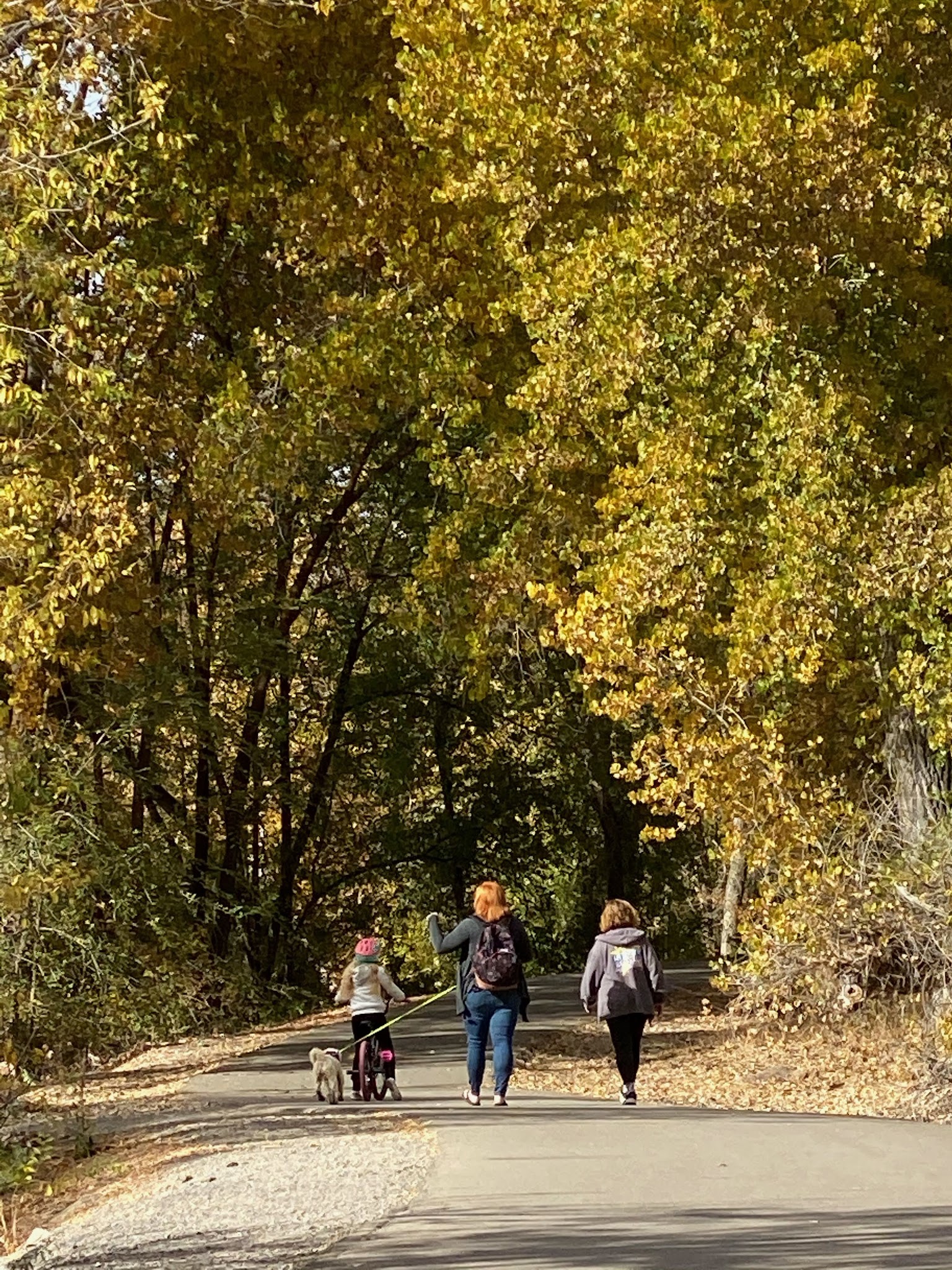 Lucas was getting tired on his bike. so Karl ferried him to us so he could walk. He bike left on the side of the trail up ahead.

I love this picture.

We had a bathroom break, while Lucas played with the bike service station. 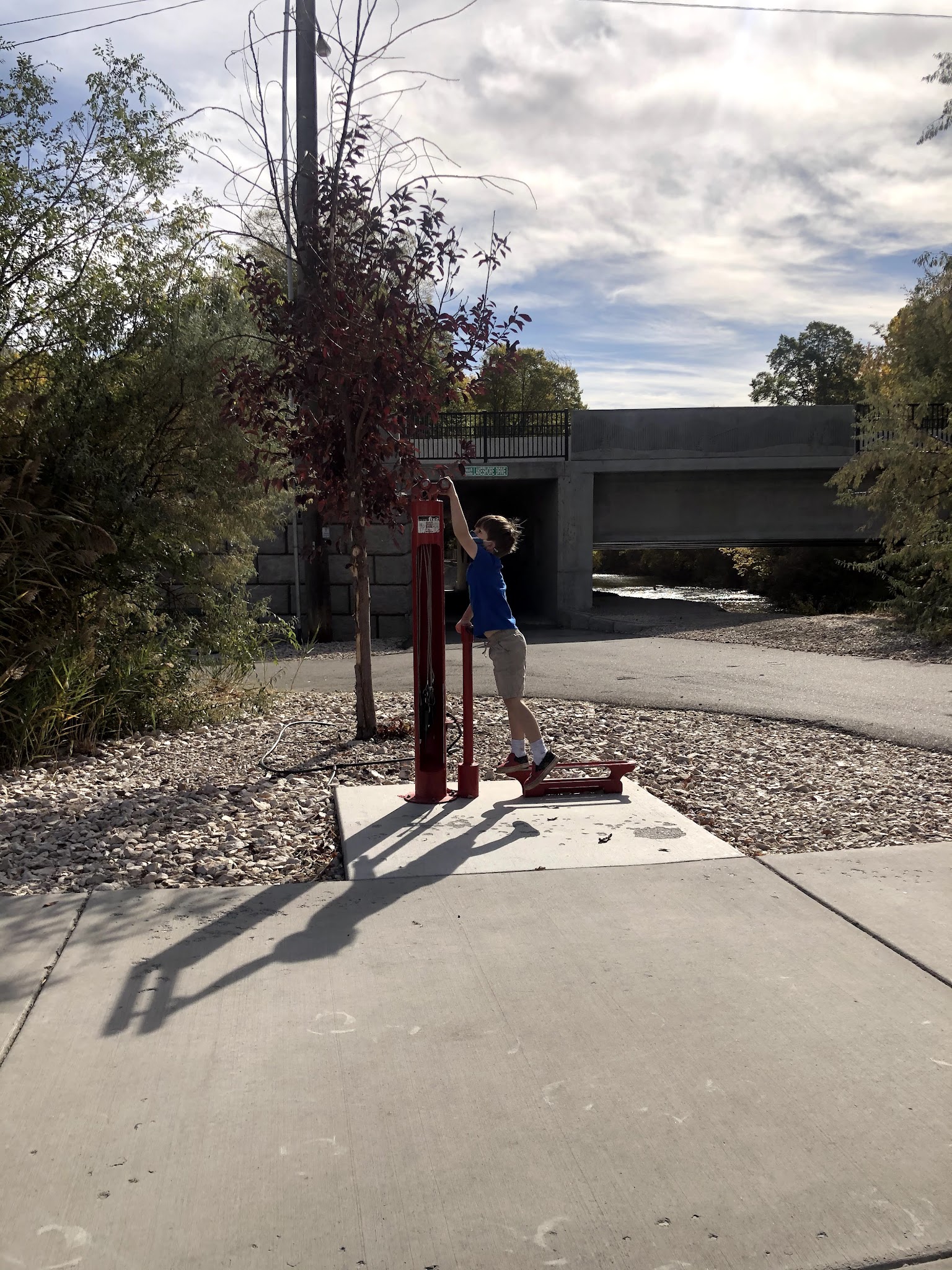 Back on the trial, Karl and Mirah went on ahead, and in fact made it all the way to the lake while the rest of us took it easy.

Some more of Maryn’s shots. Such a beautiful day. 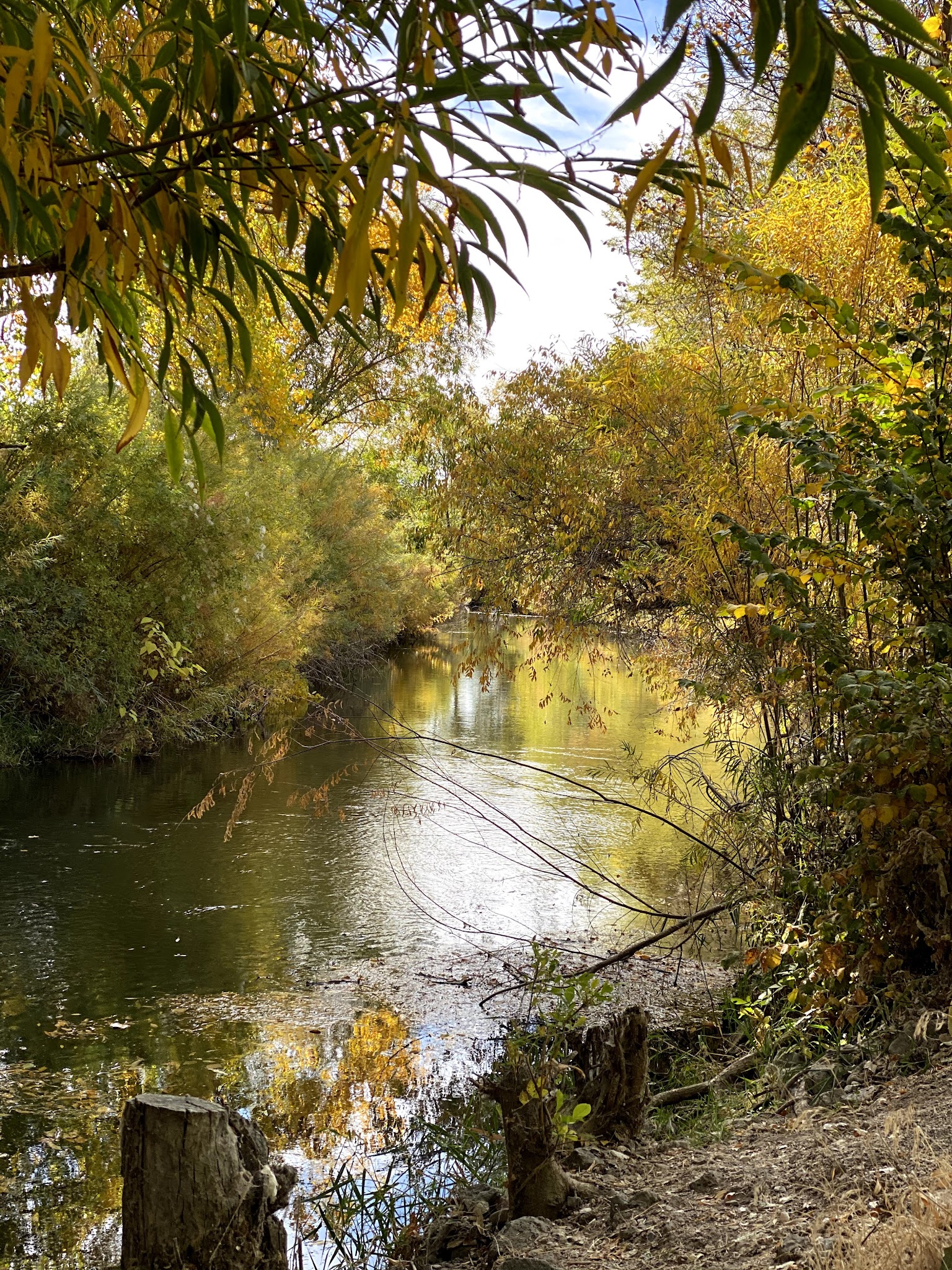 Lucas LOVES Maryn. He just followed Maryn around the whole time. They are new Best Buddies.

You can hardly tell the mountain was on fire. 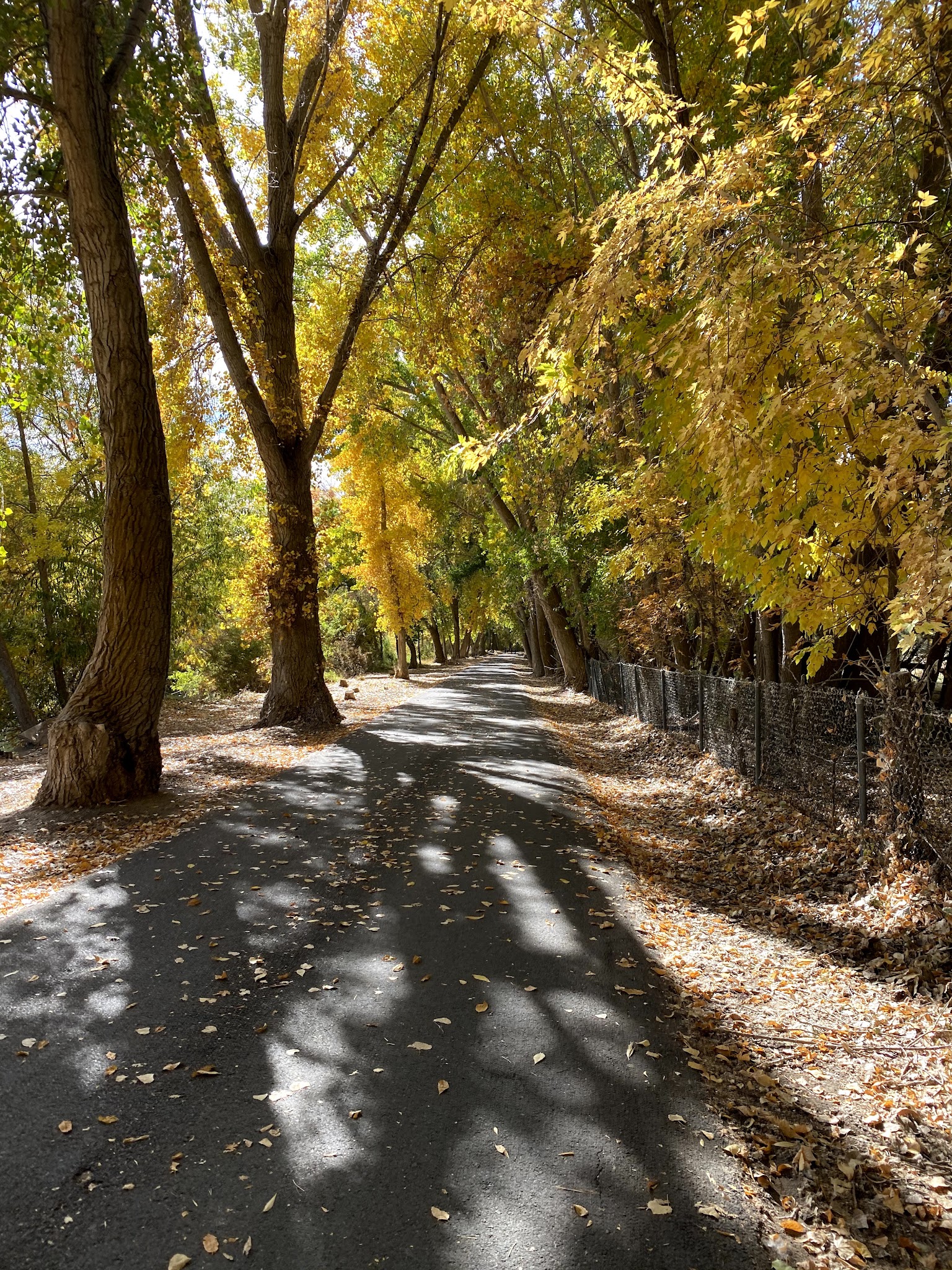 Tiny figures approaching from the distance.

My cuties on bikes. 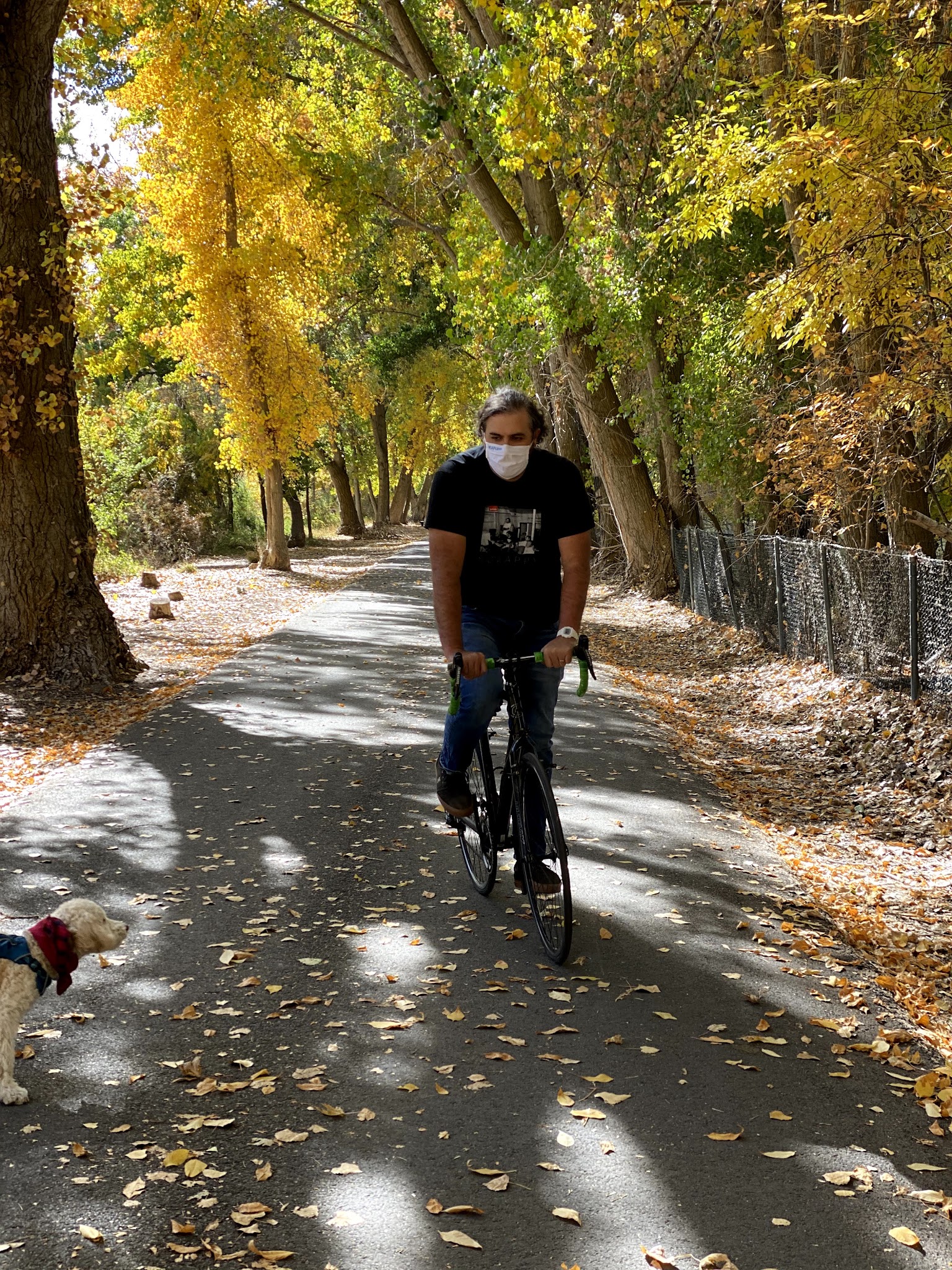 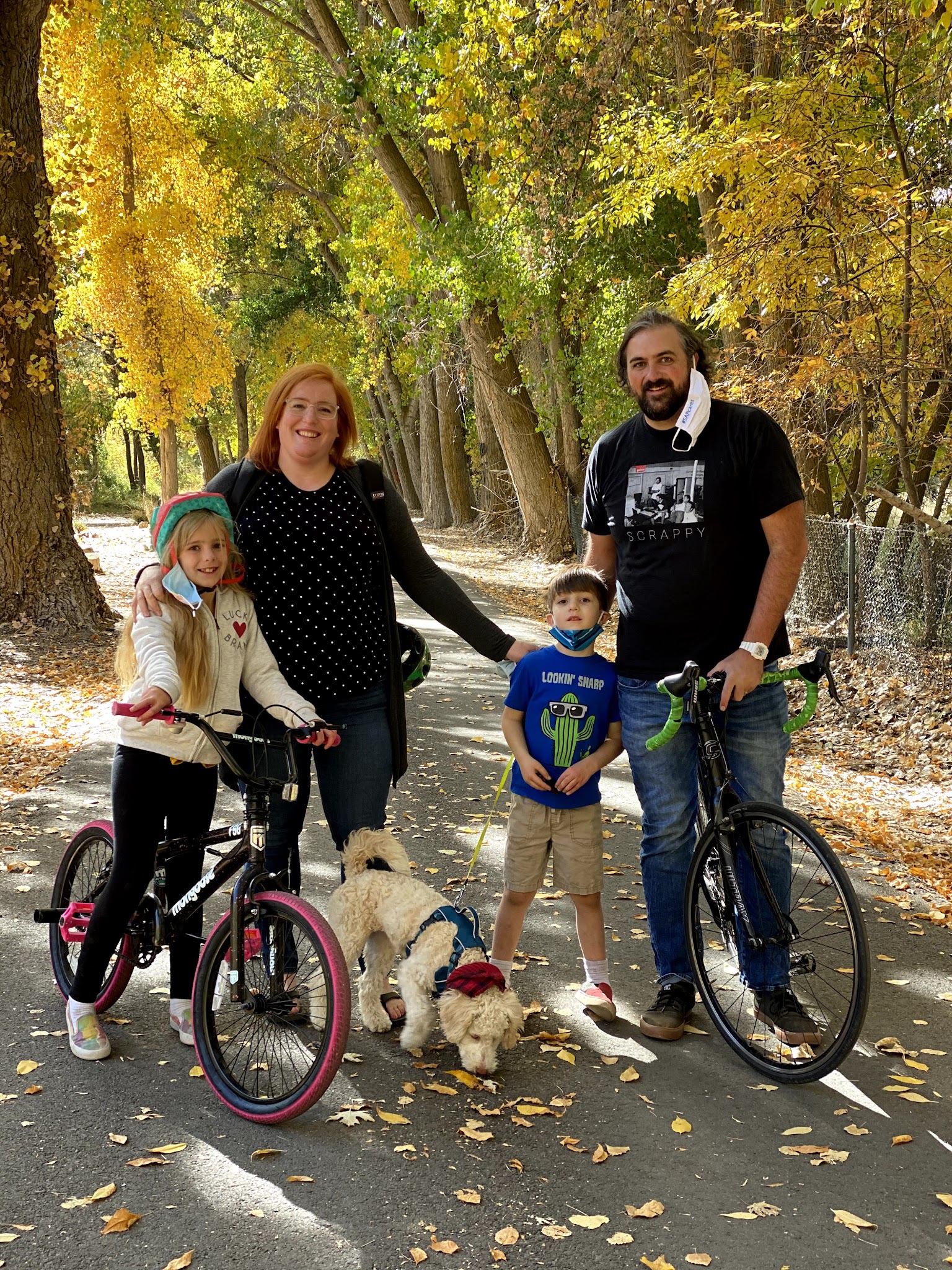 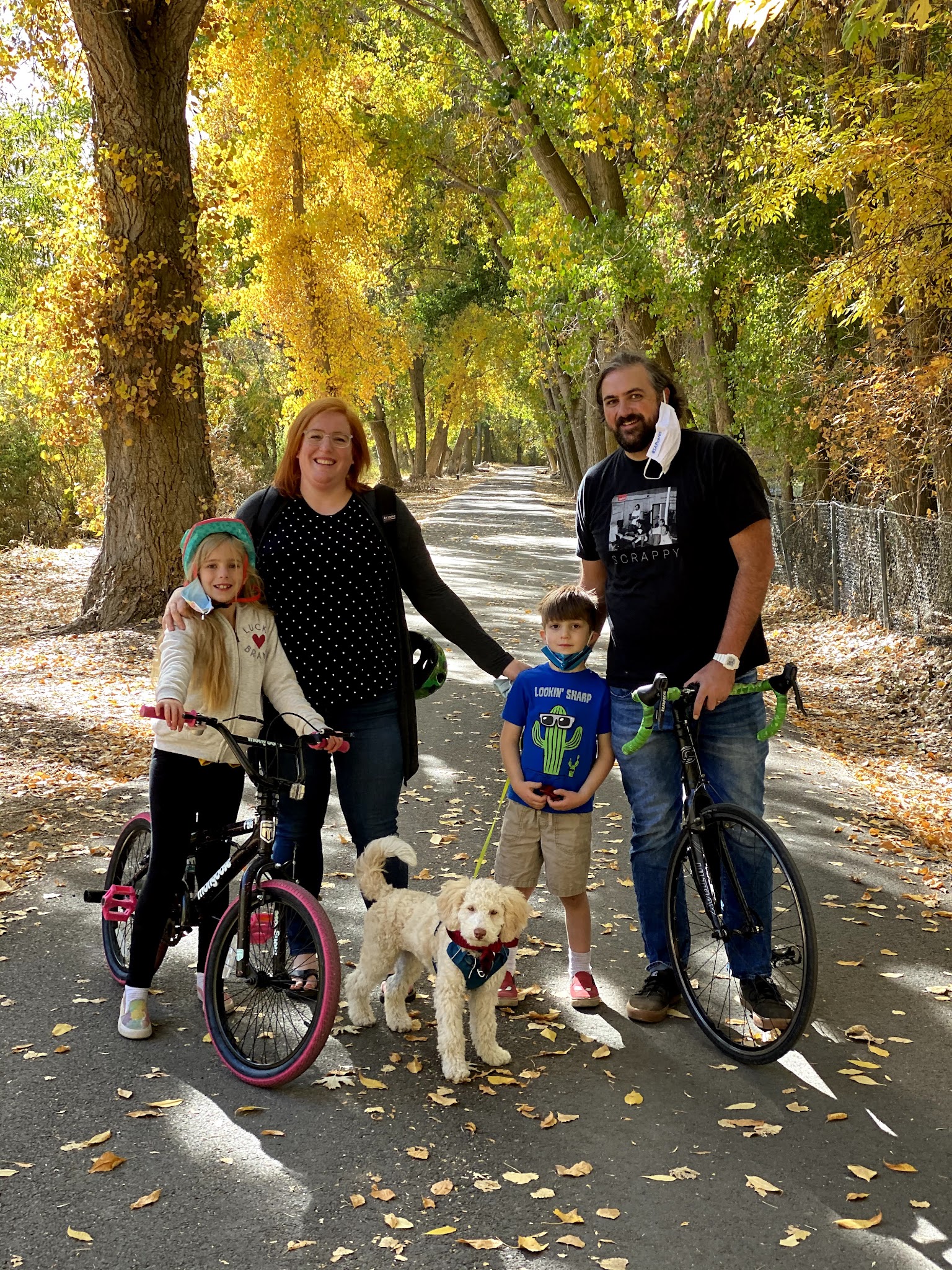 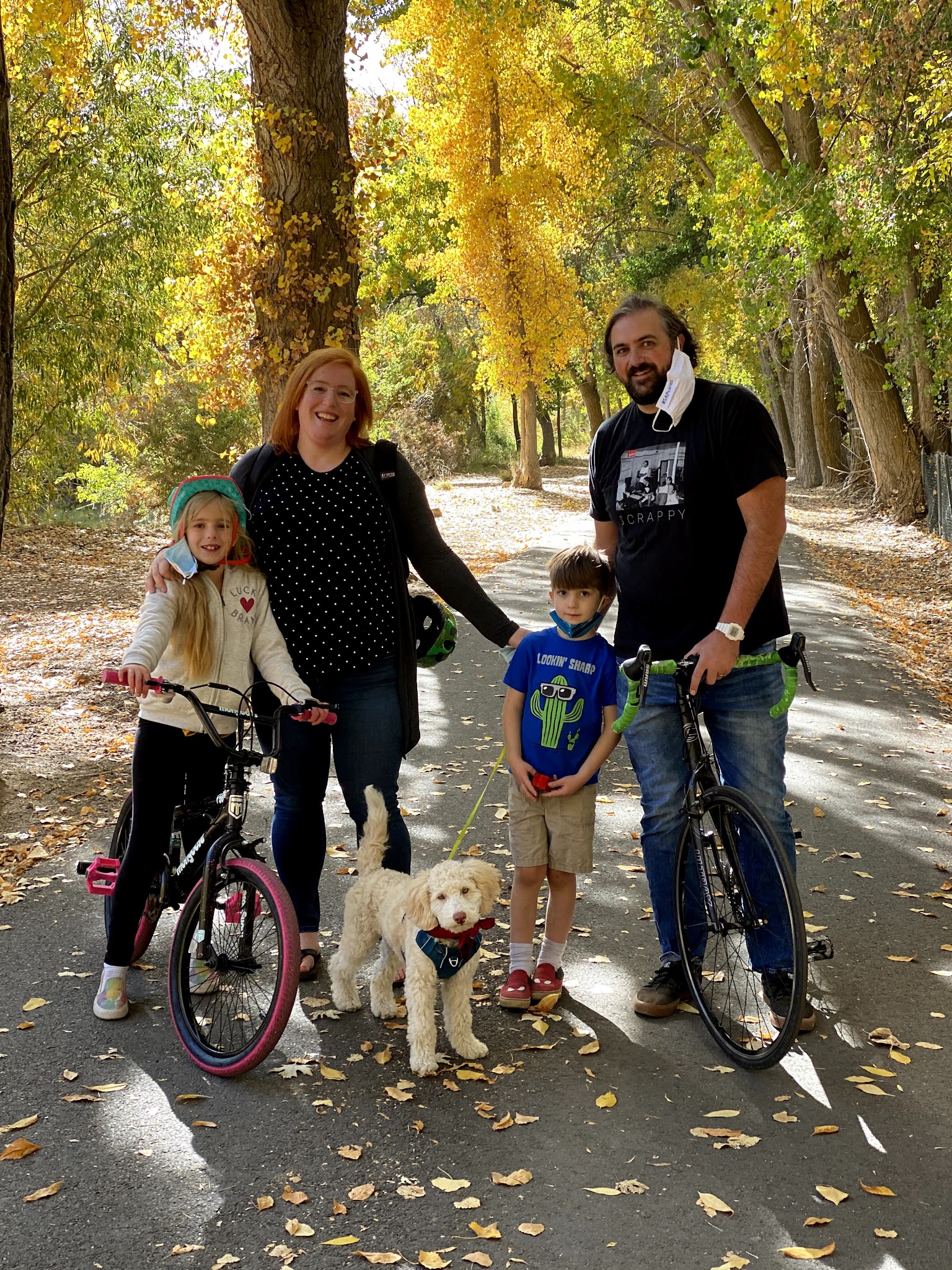 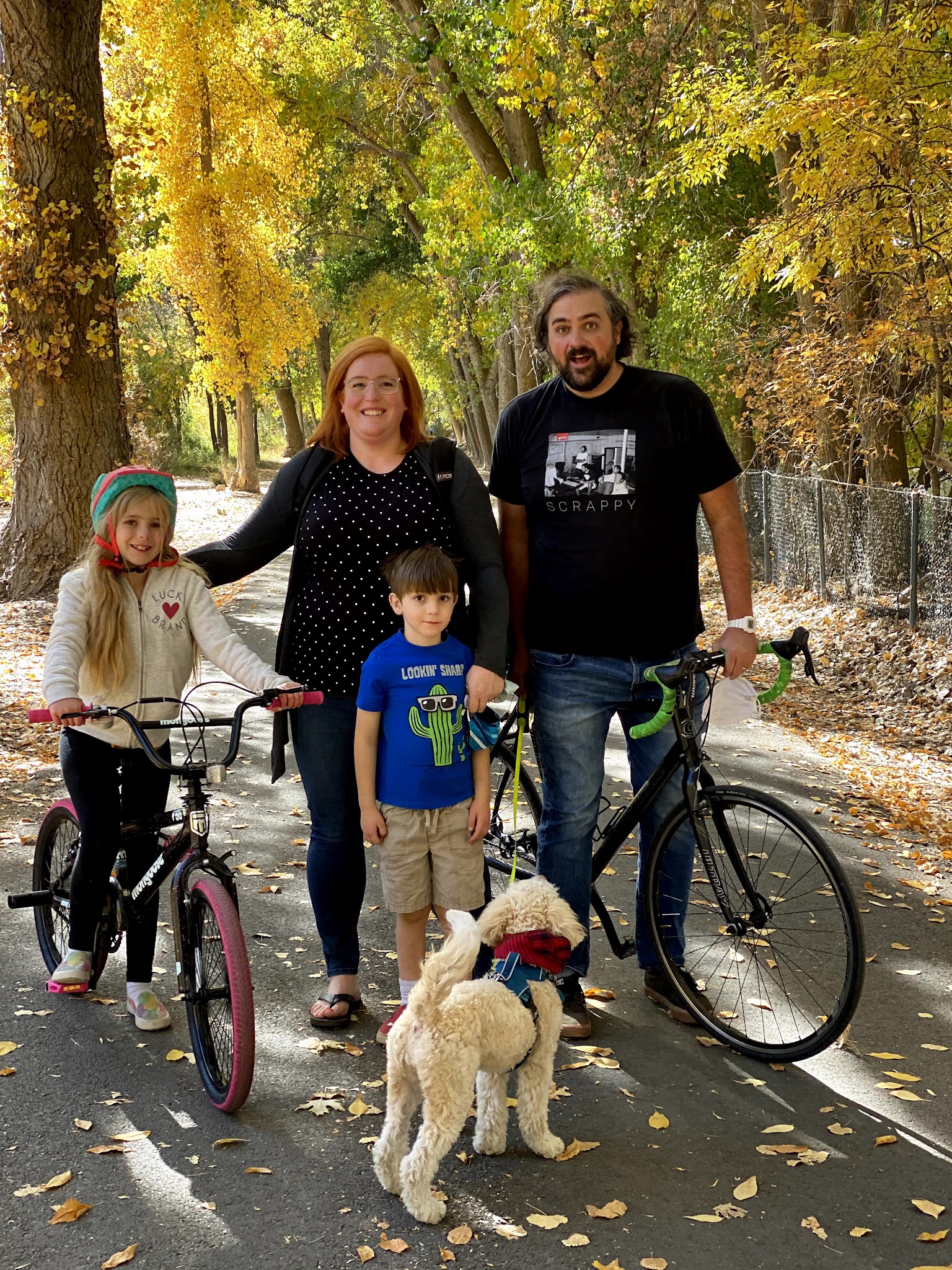 I think the winner. 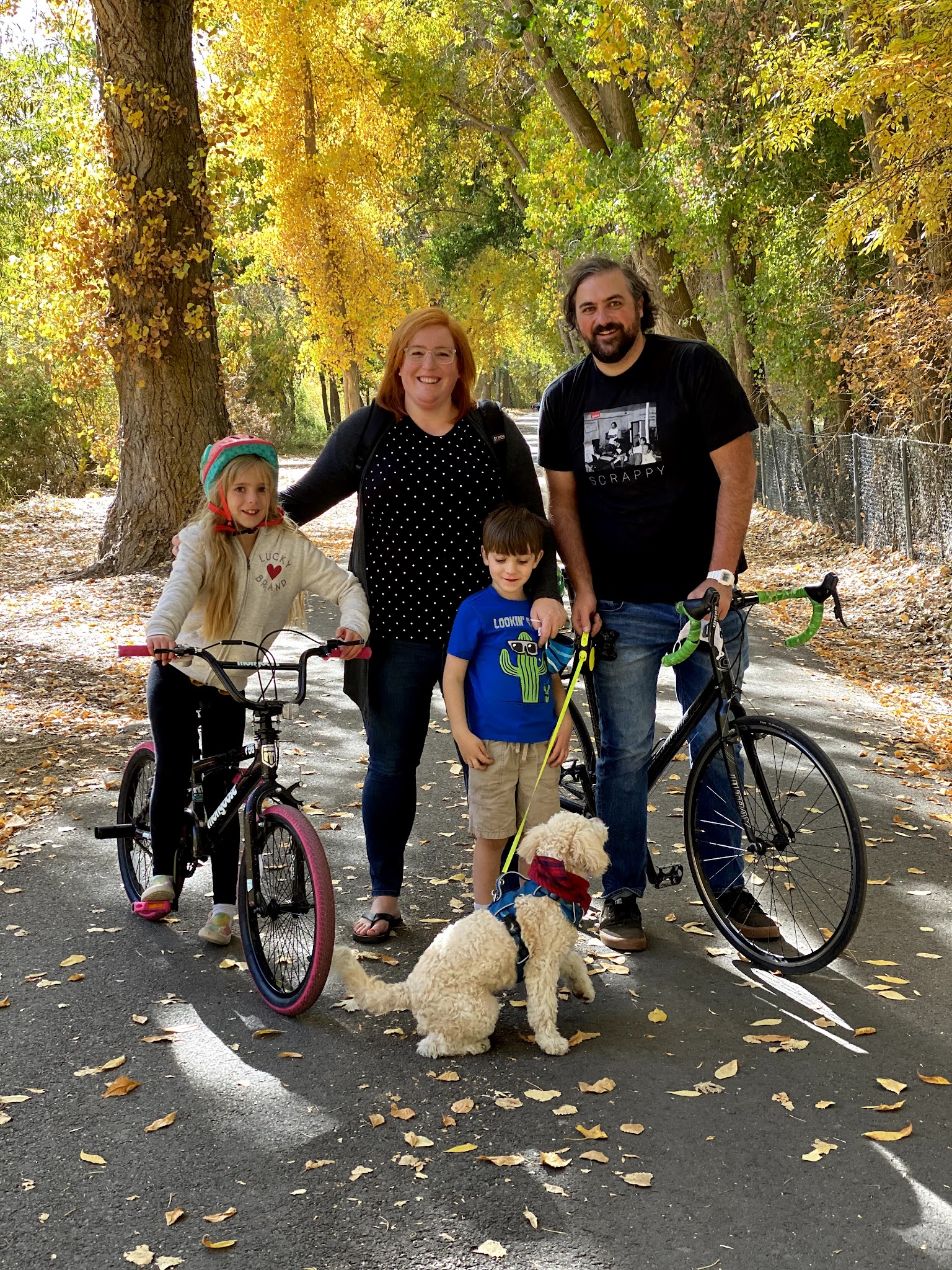 Or maybe this one. 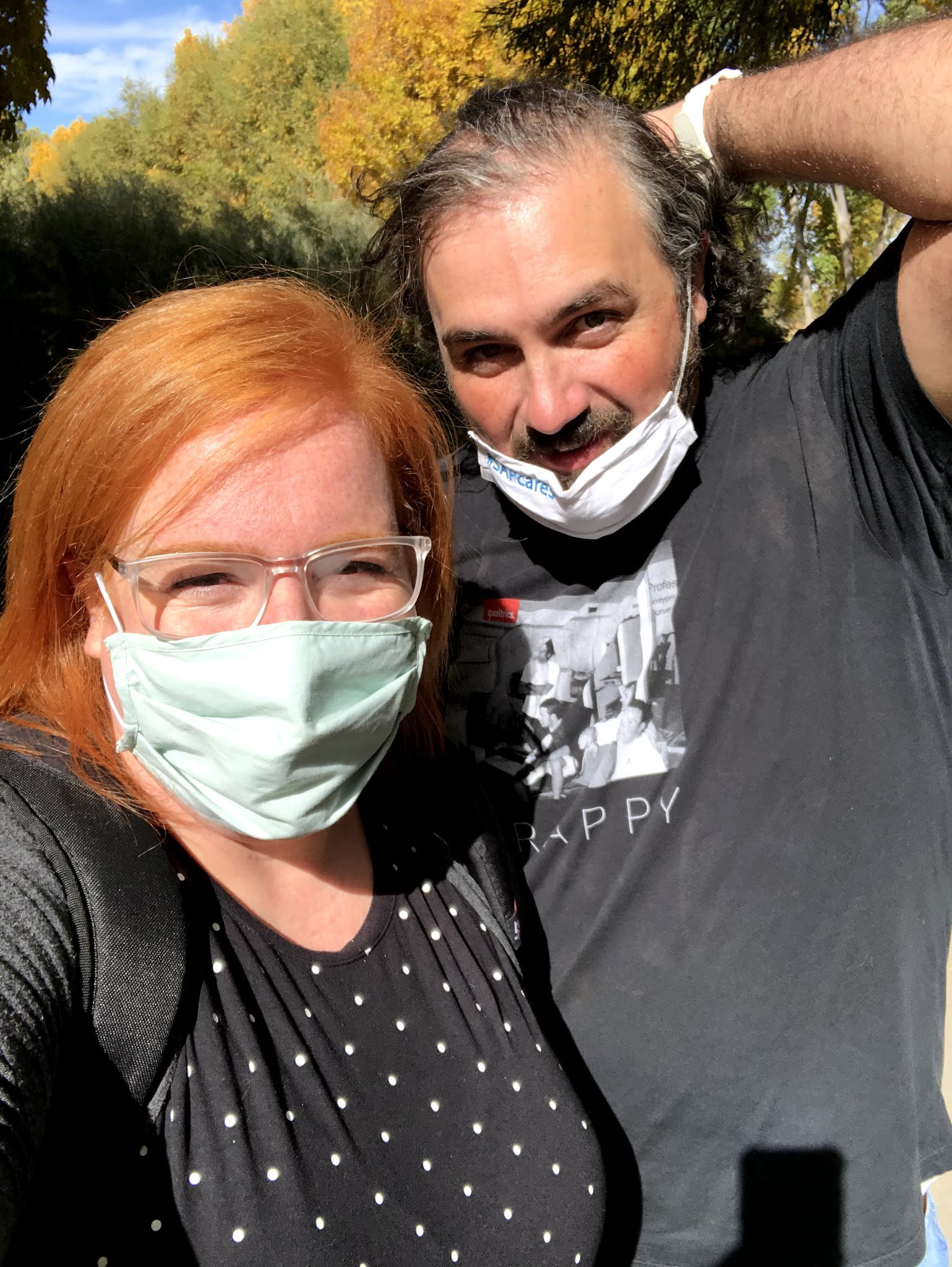 Lucas was just having the time of her life. So much fun she didn’t mind tangling up anyone who got in her way. 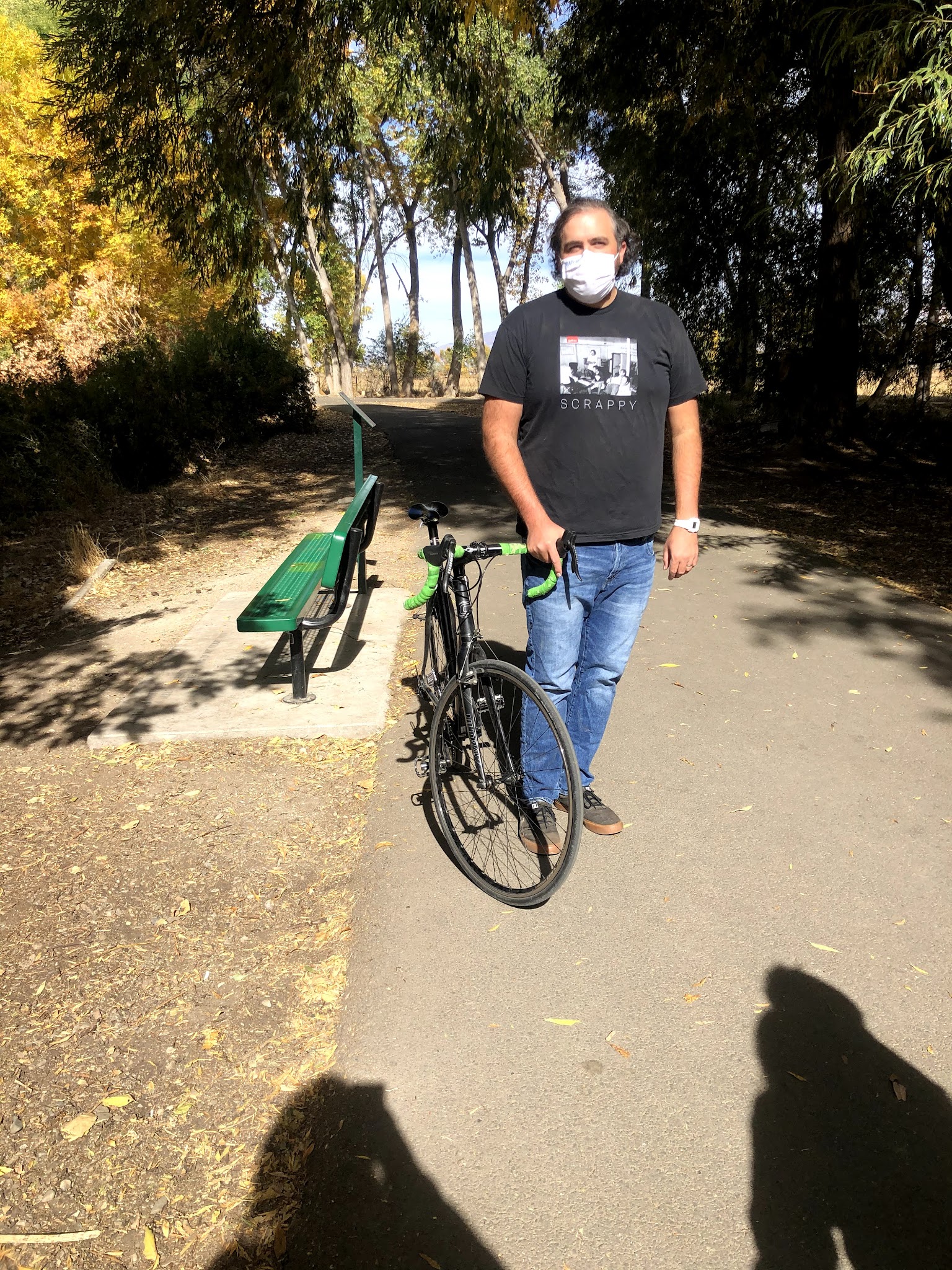 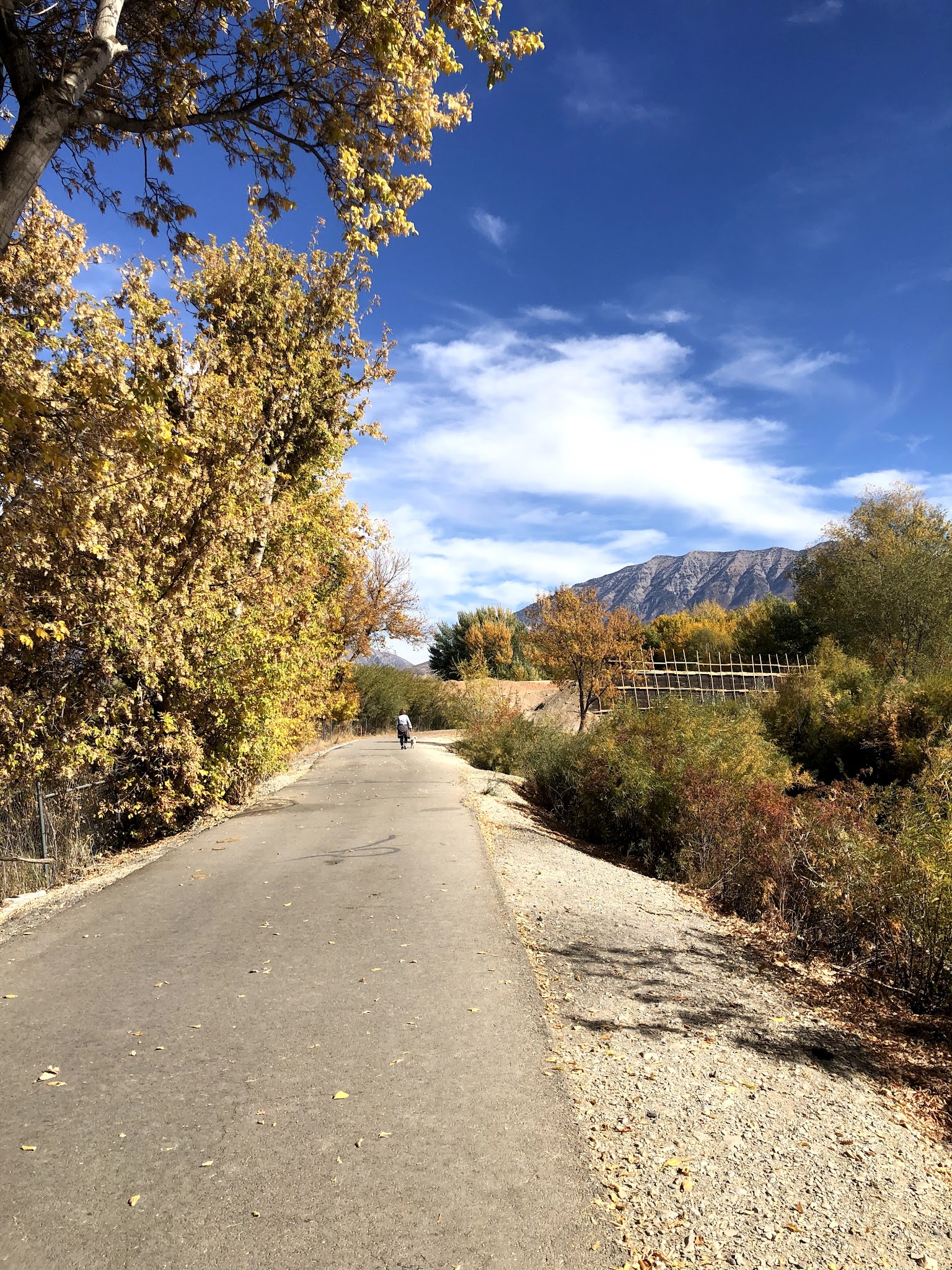