Karl and Lucas were still sleeping when it was time to go to Dr. Seuss on the Loose. It began in the same area where the stand up comedians preformed. It was a lounge that felt like Morocco. Mirah and I made it just as it was about to start. 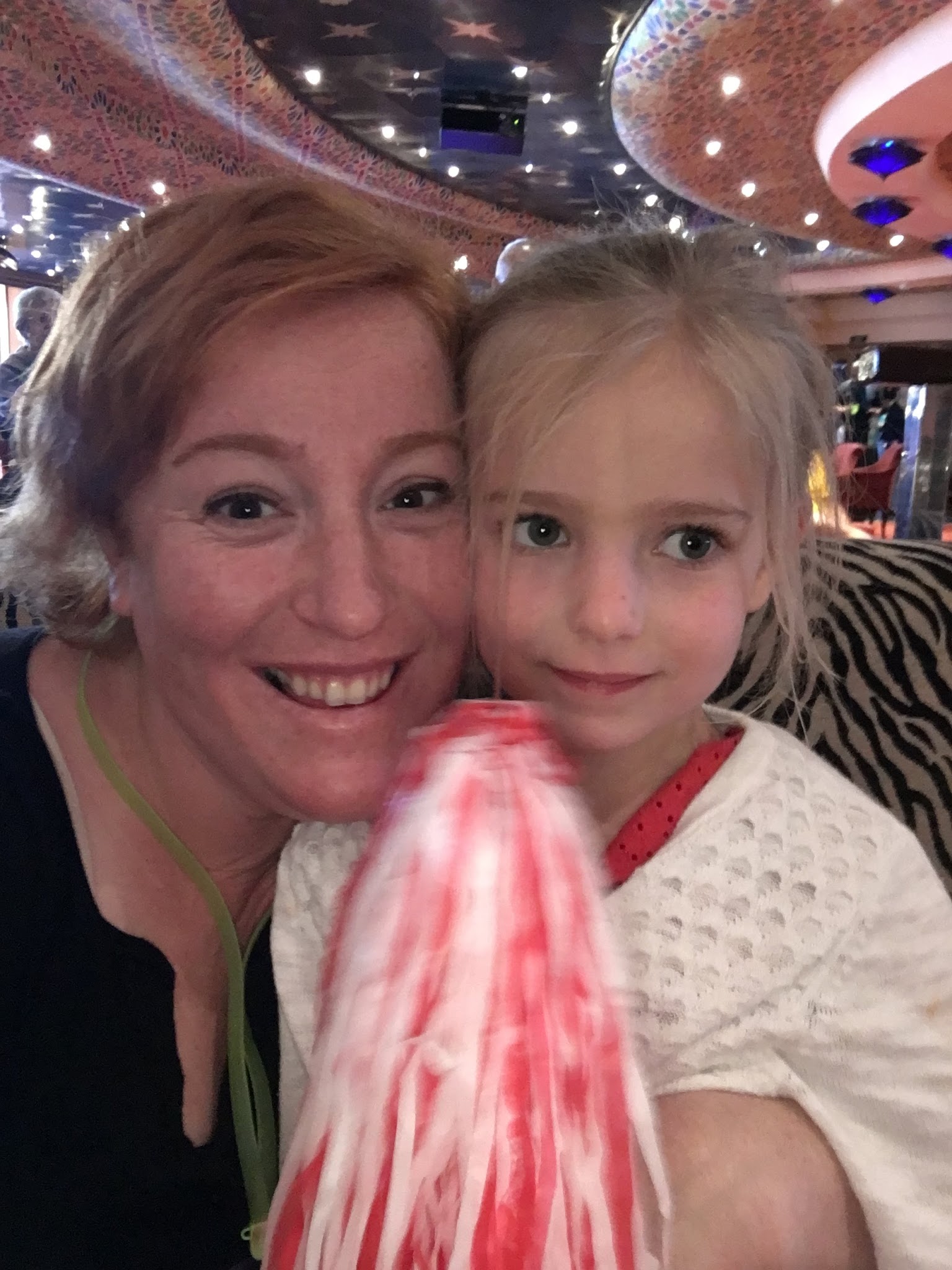 Our cruise director MarQ was there all decked out in red and white. He in invited all the kids to come up and dance with him. 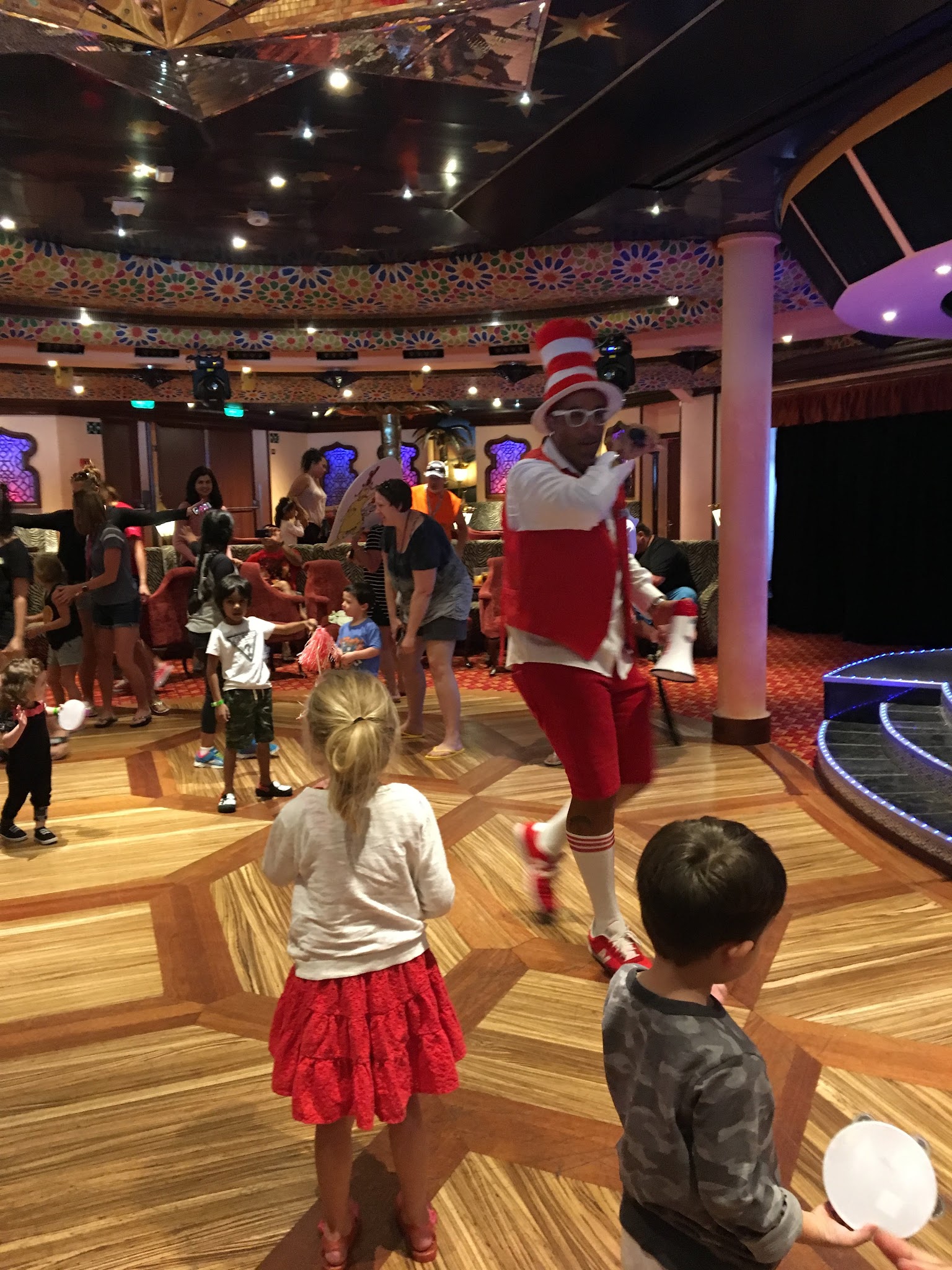 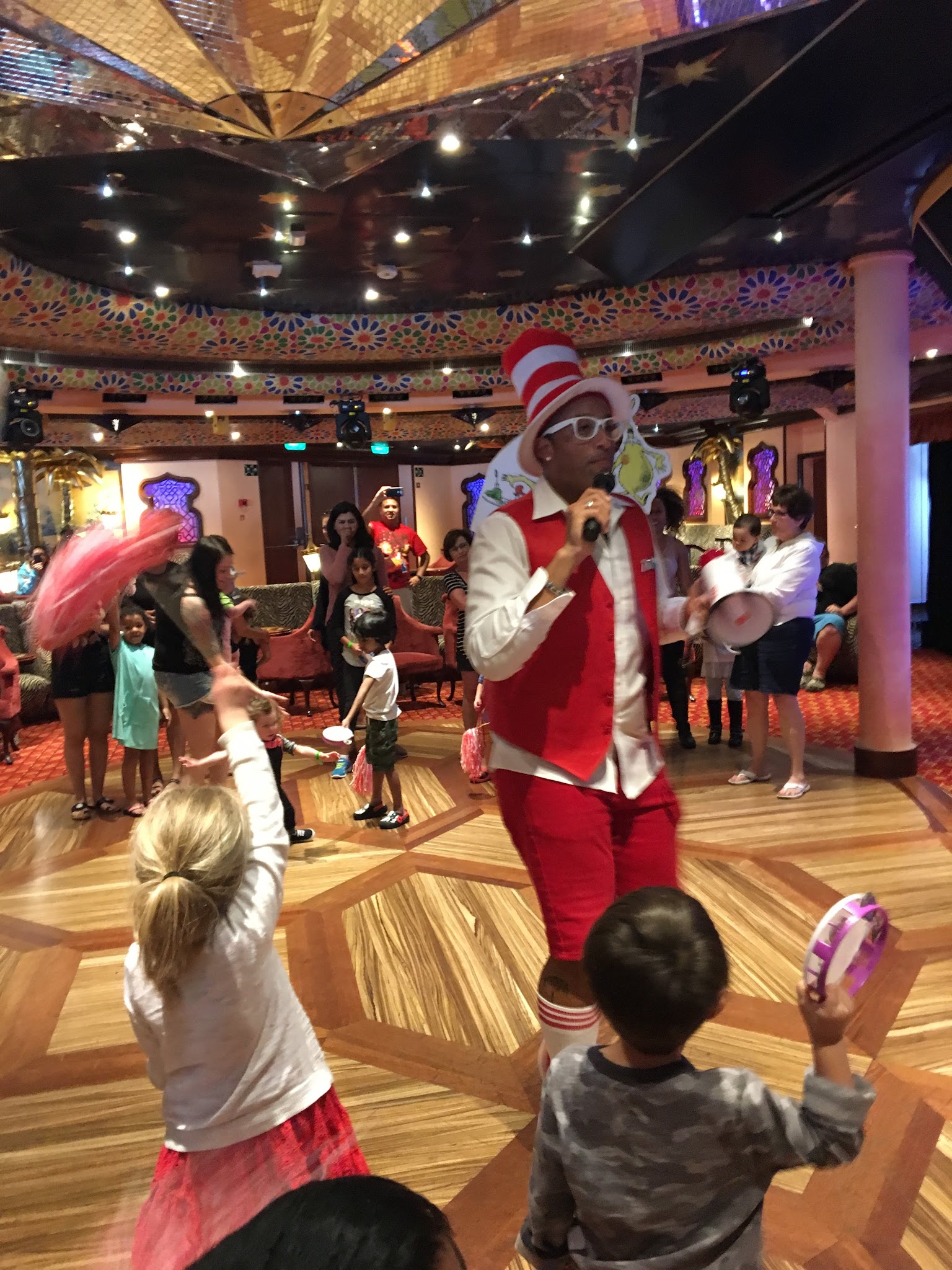 Once Thing 1 and Thing 2 arrived the party had started. Also the grumpy guy from Green Eggs and Ham was there. 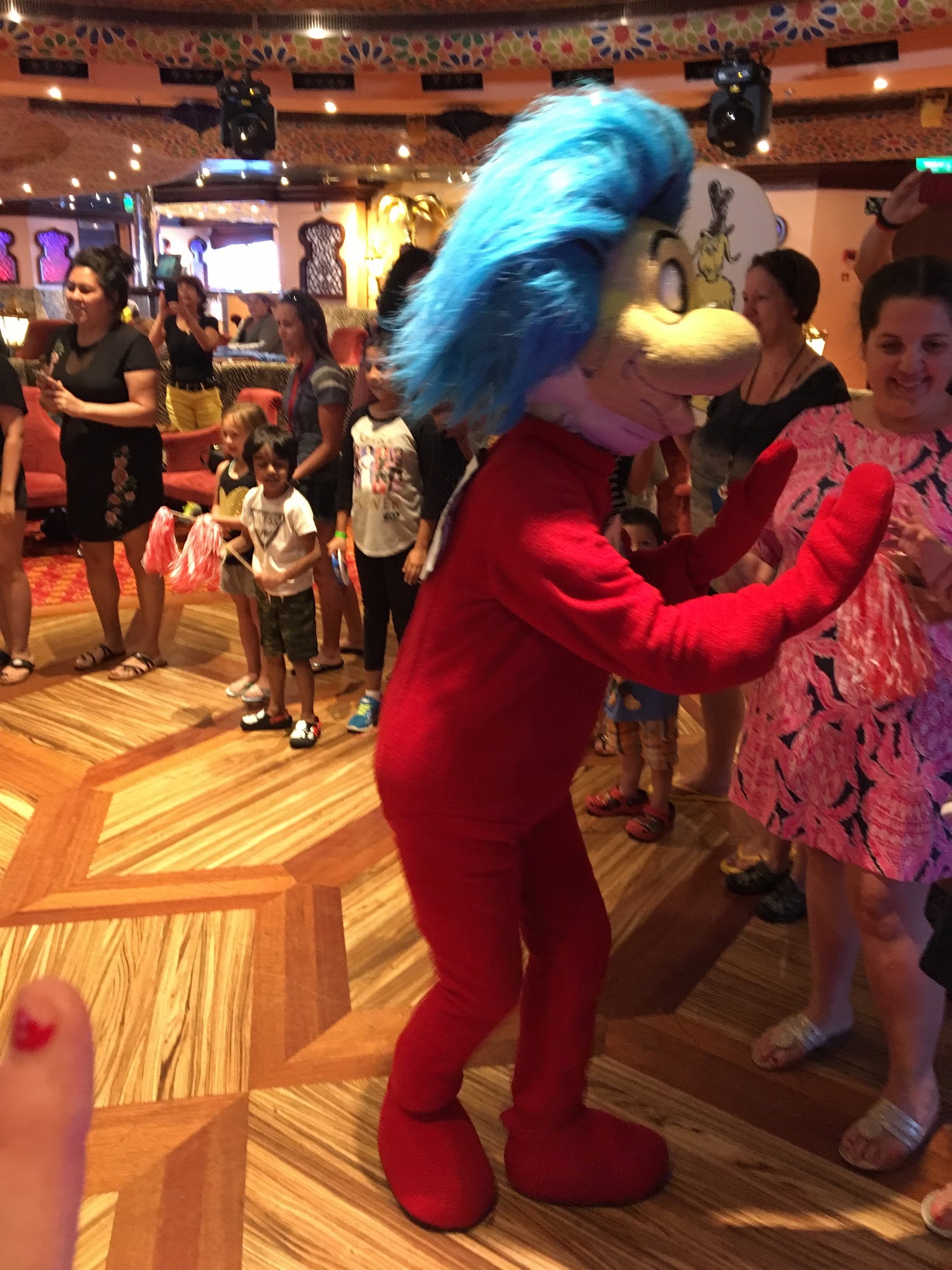 The group then was led across the ship. Chanting, “Dr. Seuss is on the Loose” in chanting sing song the whole way. 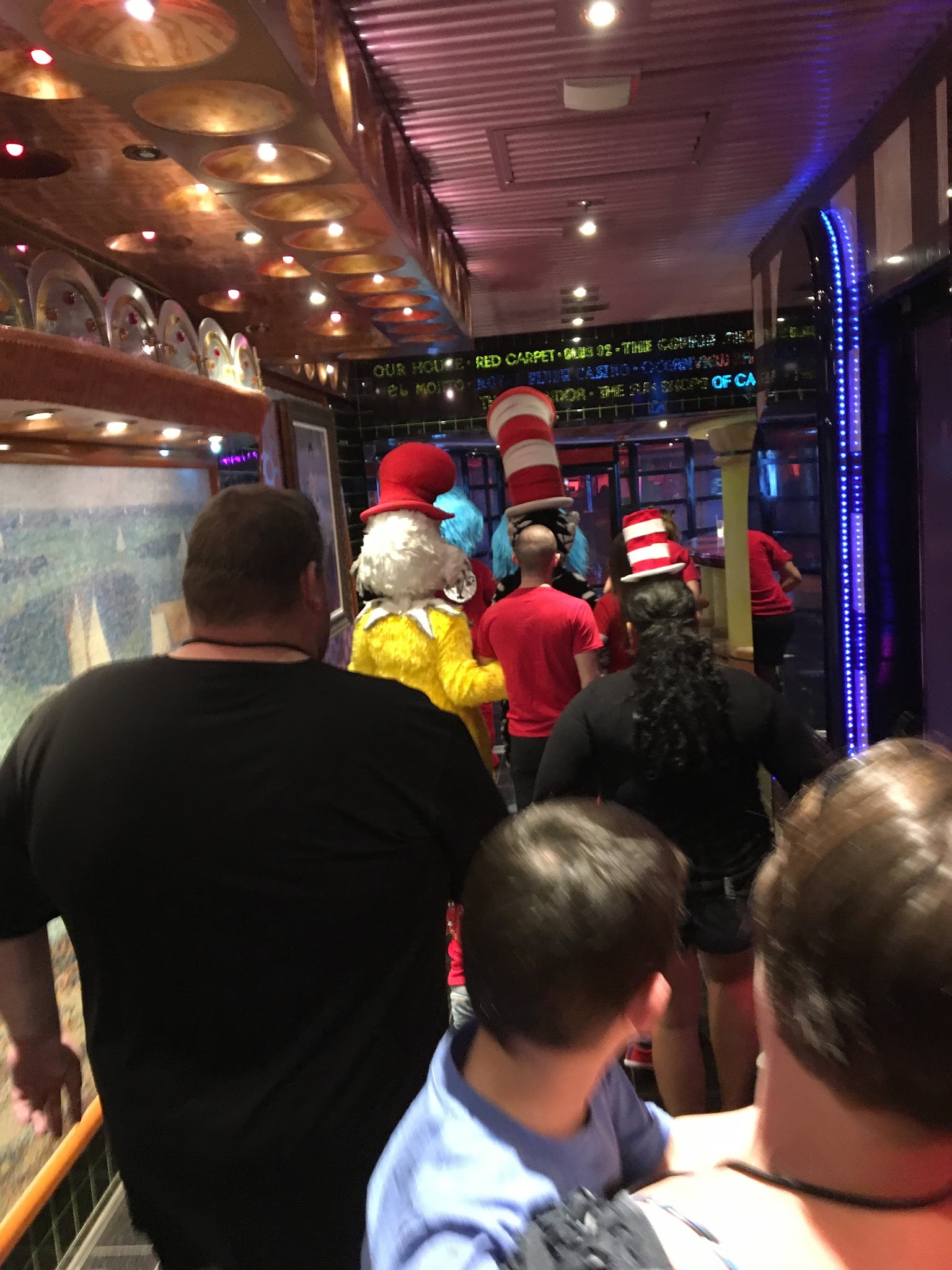 We went through the Casino… 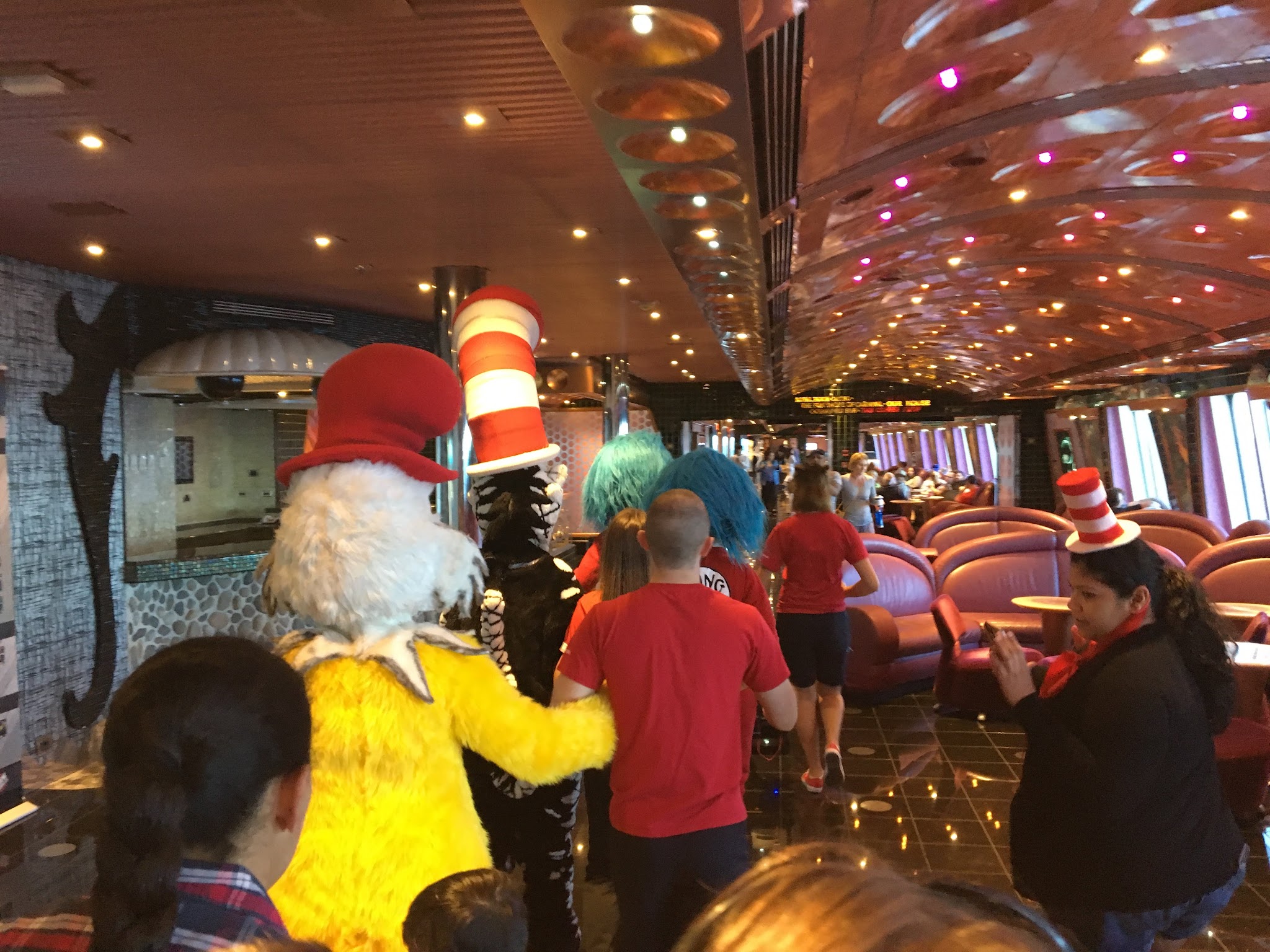 into the atrium and down the stairs… Into the theater where there was a Dr. Seuss tent set up. 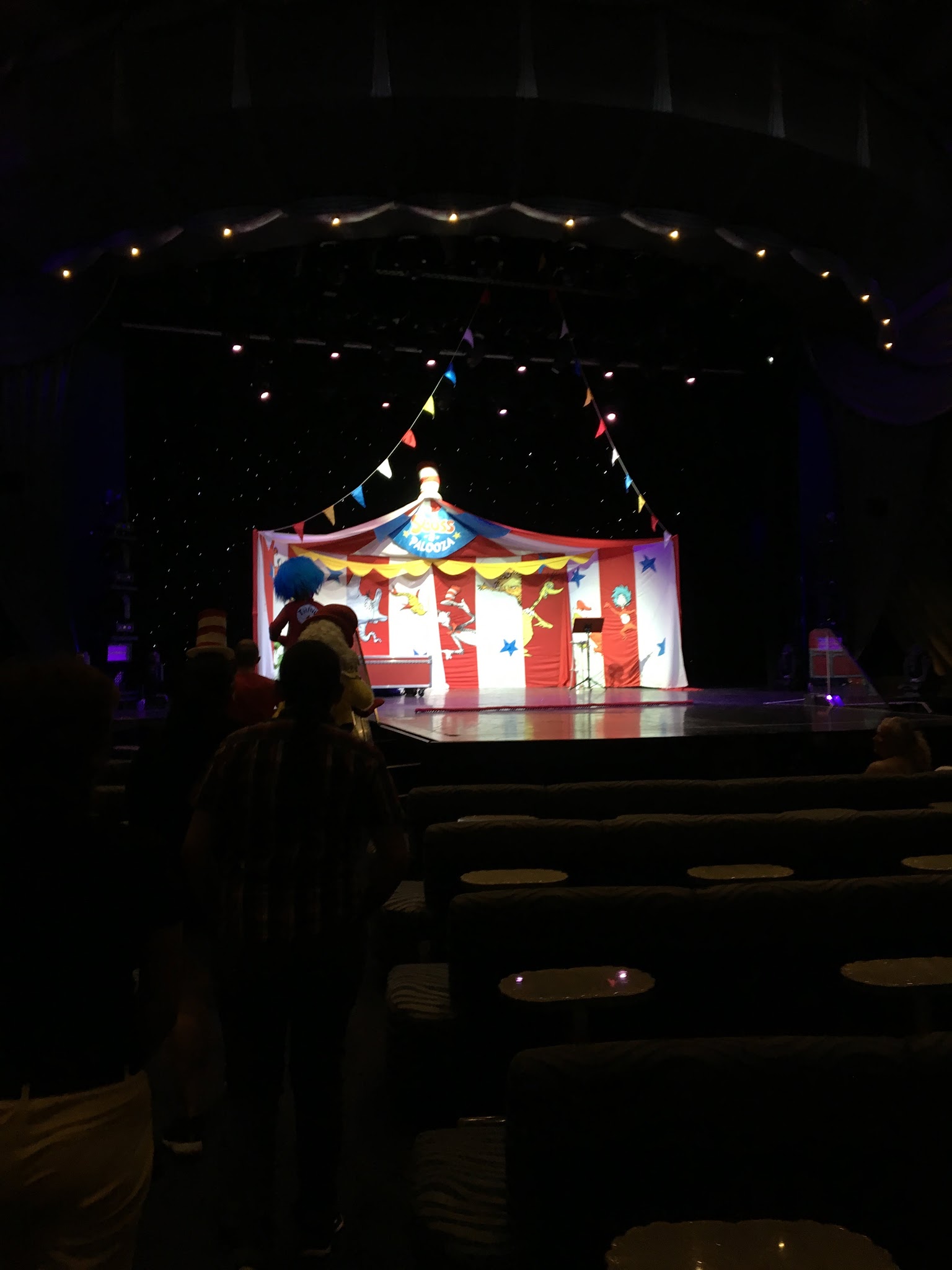 Everyone was invited onto the stage, and Mirah was ready. 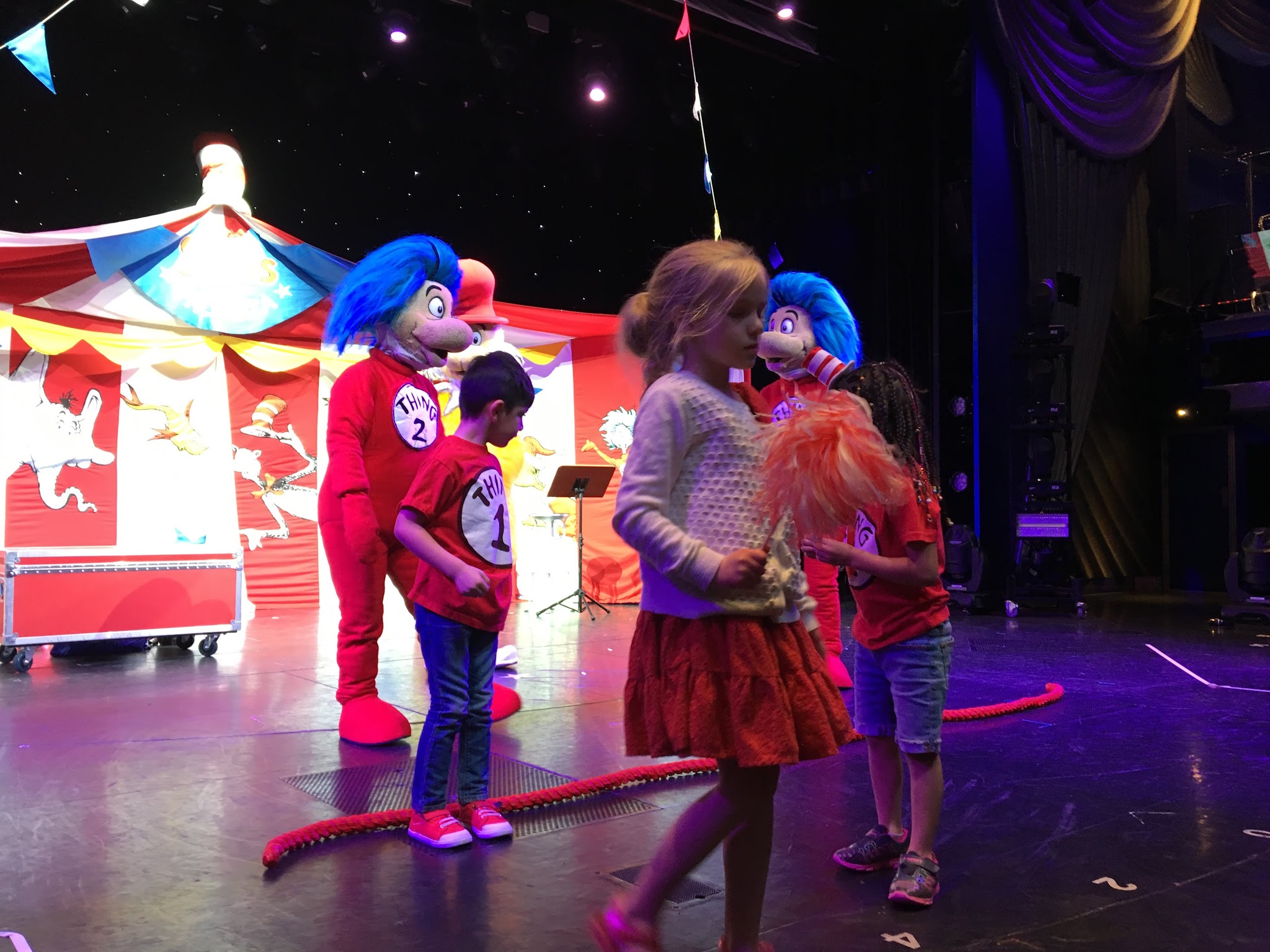 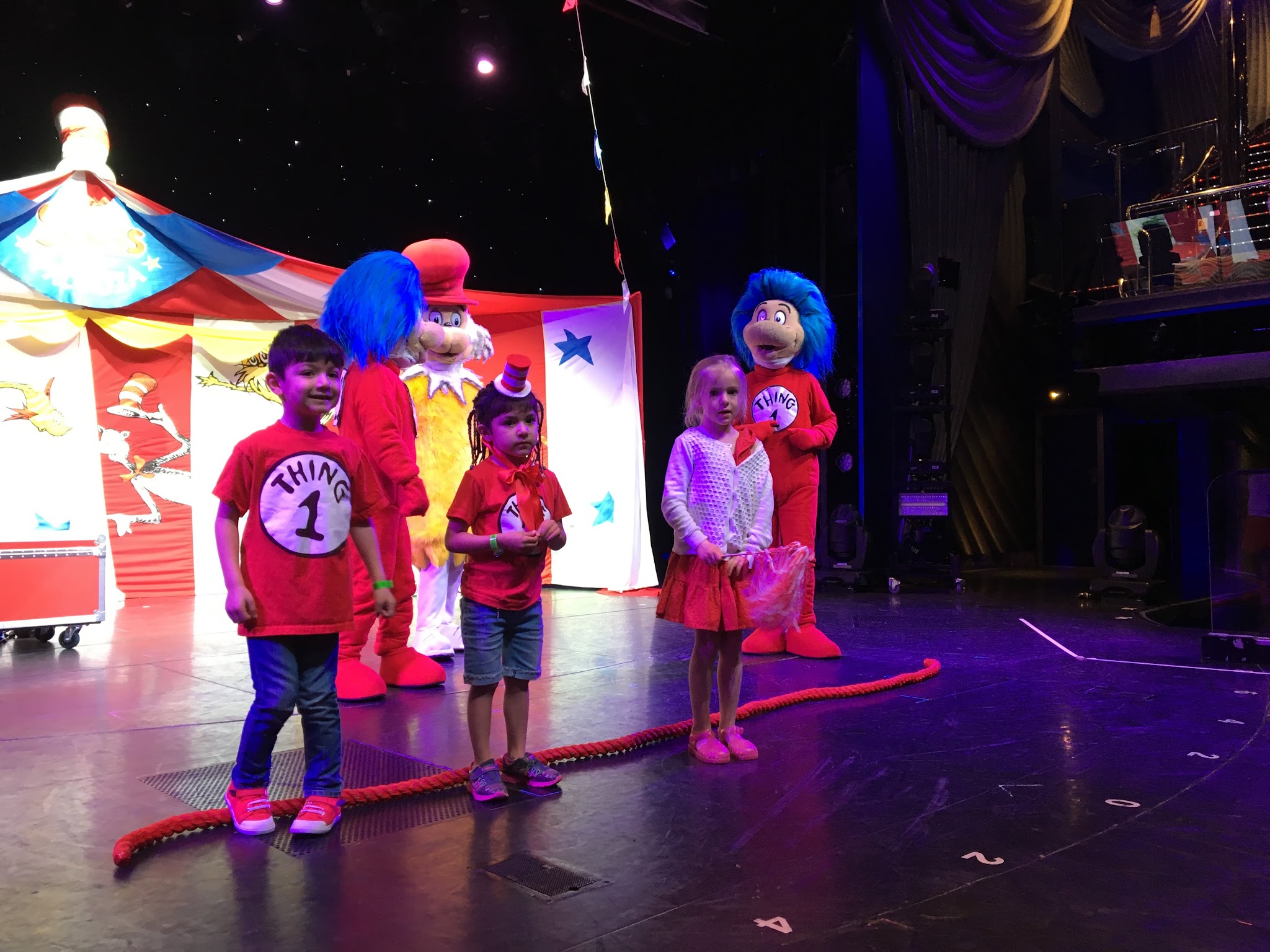 They then invited EVERYONE including grownups on the stage. 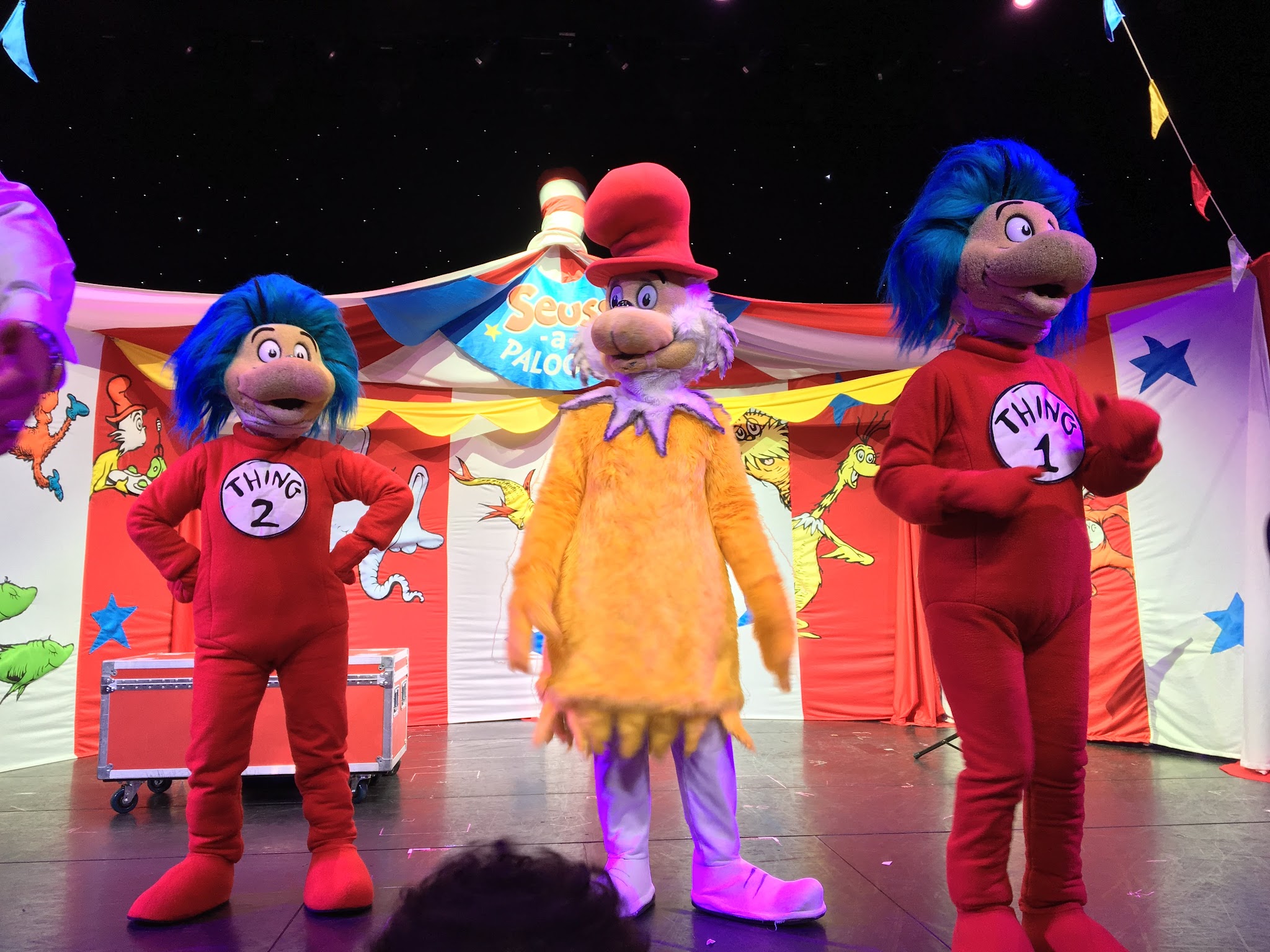 We were ready for some fun. 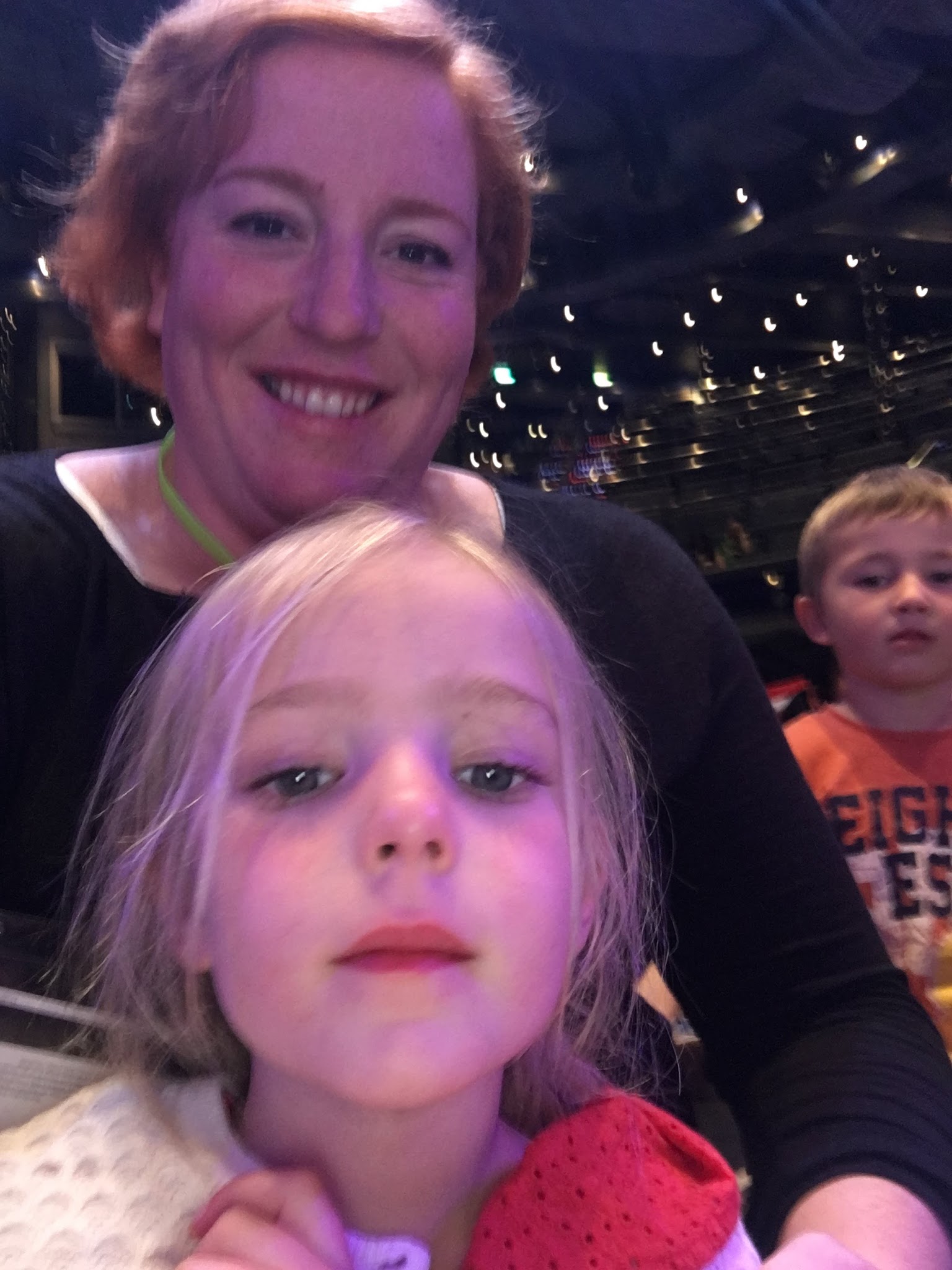 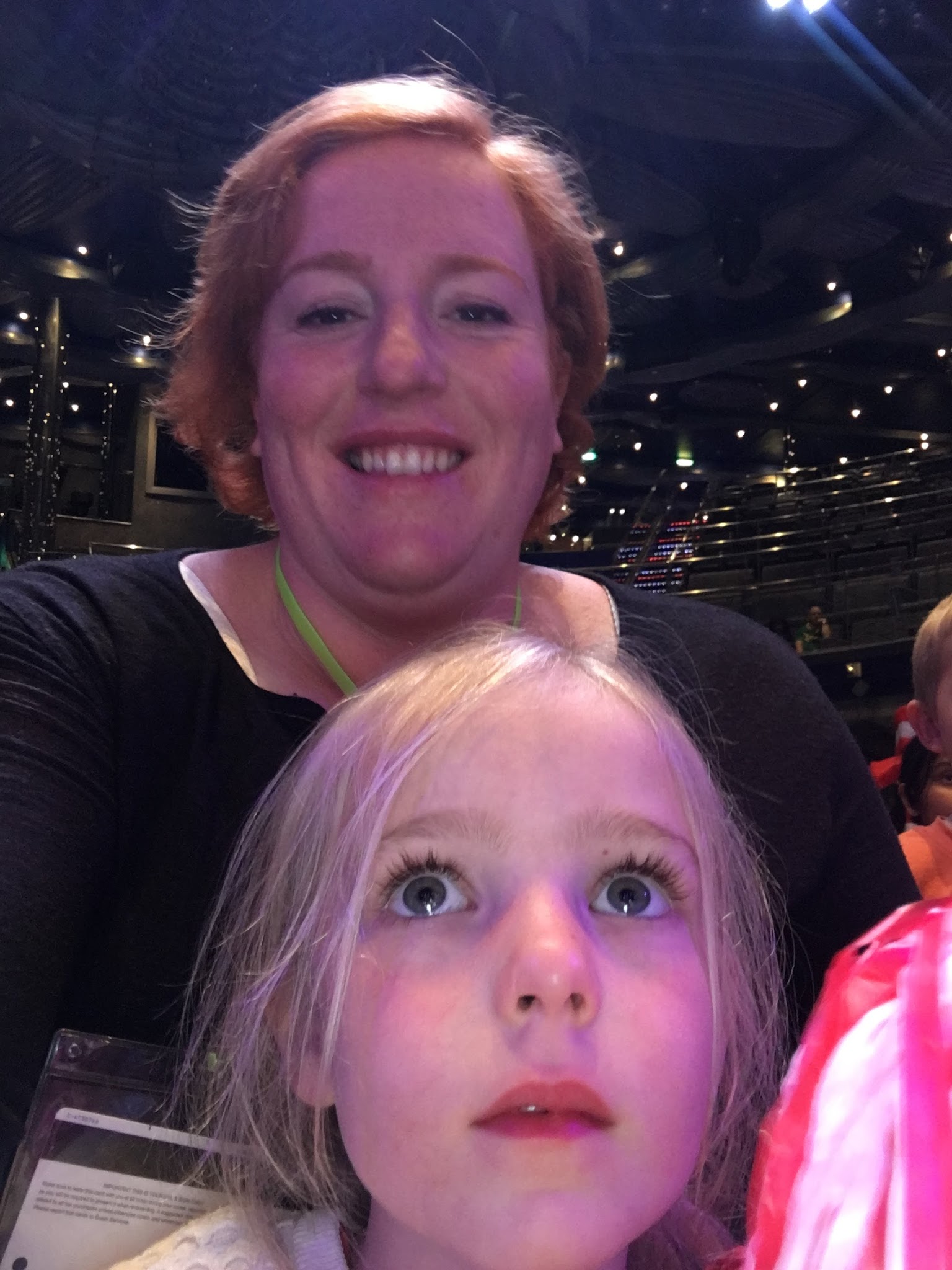 And then we volenteered to participate and became the Kangaroos from Horton Hears a Who. Which by the way is the story they were reading/ re-enacting. 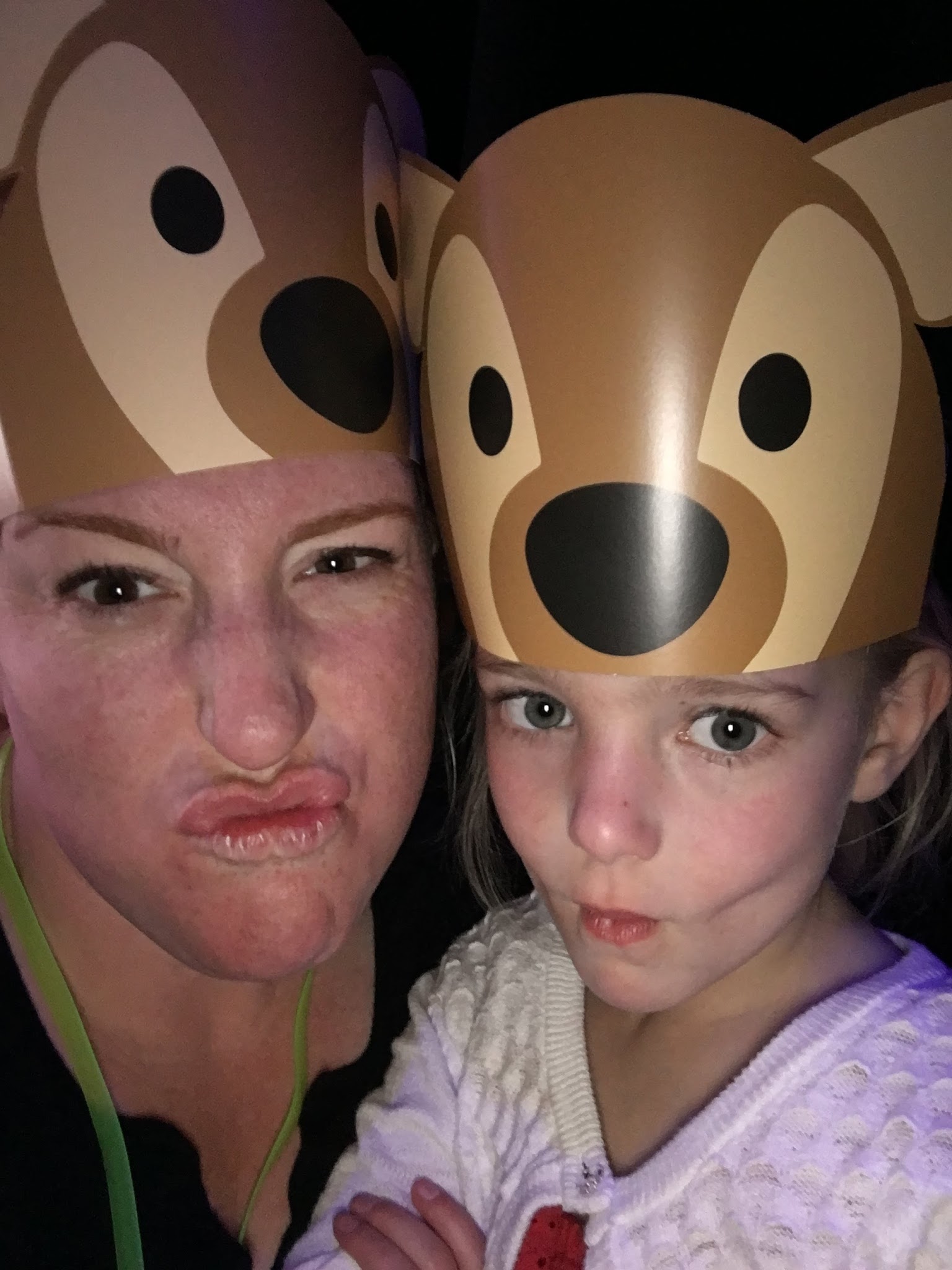 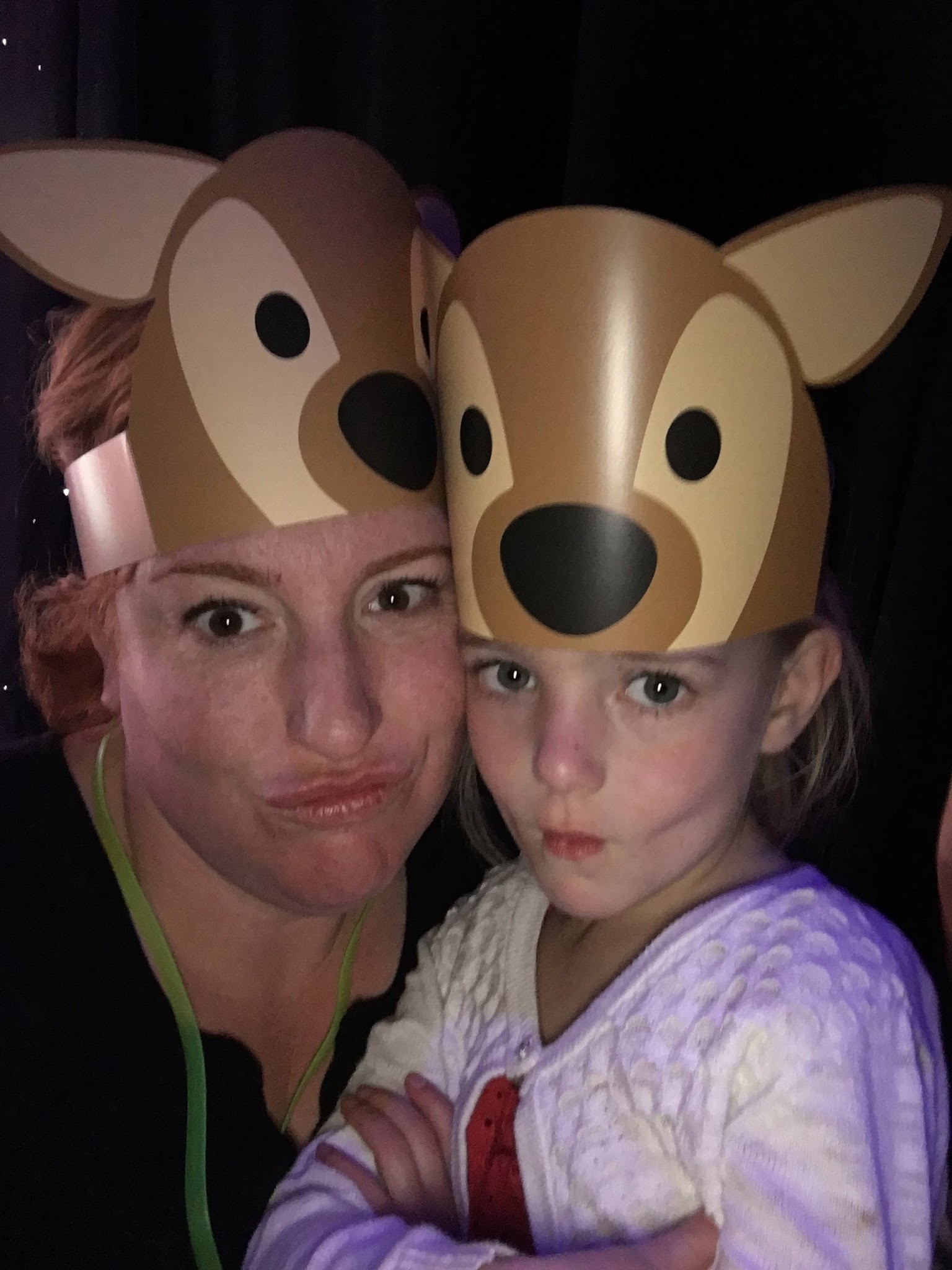 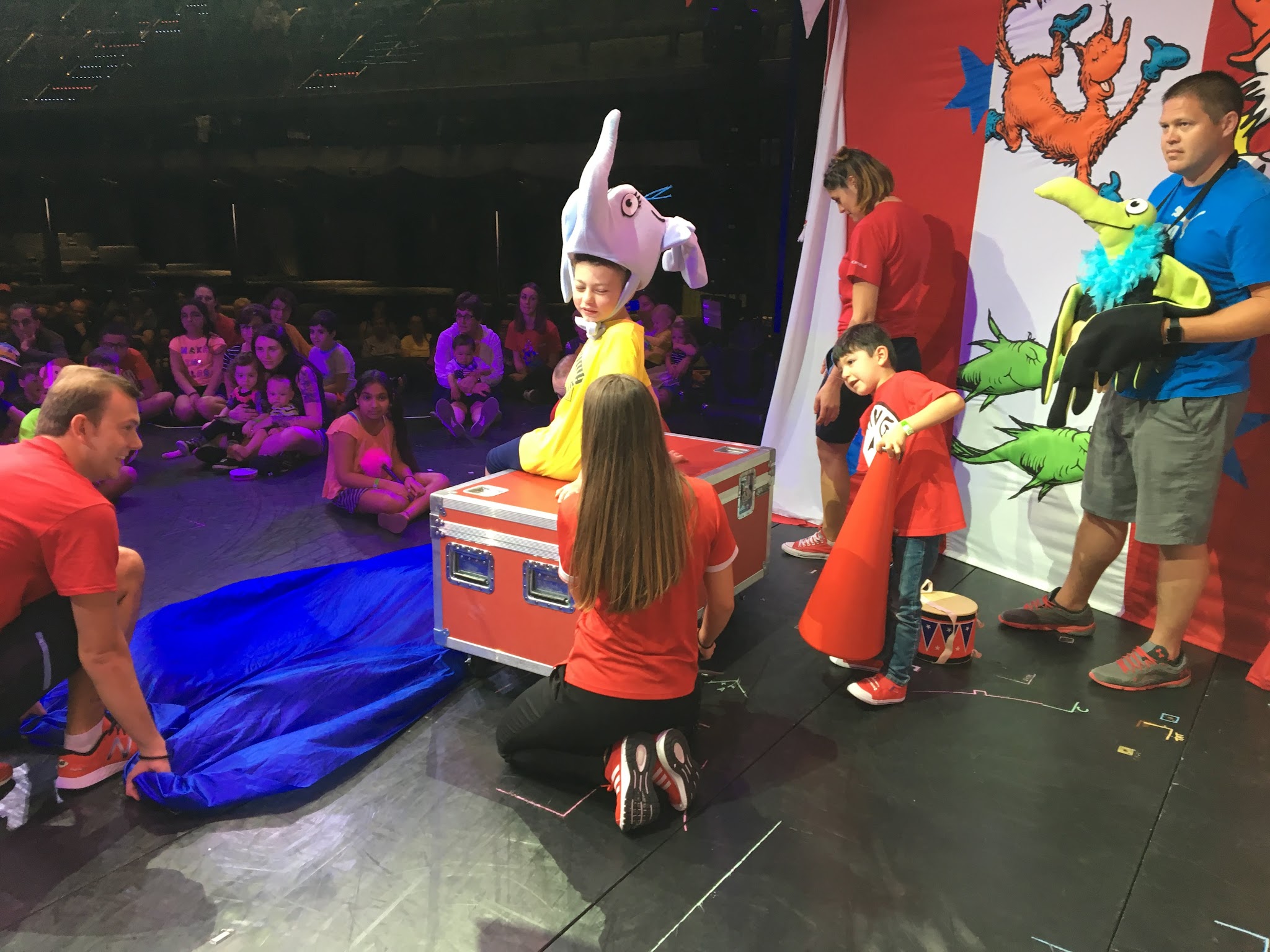 Out helper/ handler Adam. His tag said he from from England, but he sounded EXACTLY like Rhys Darby. 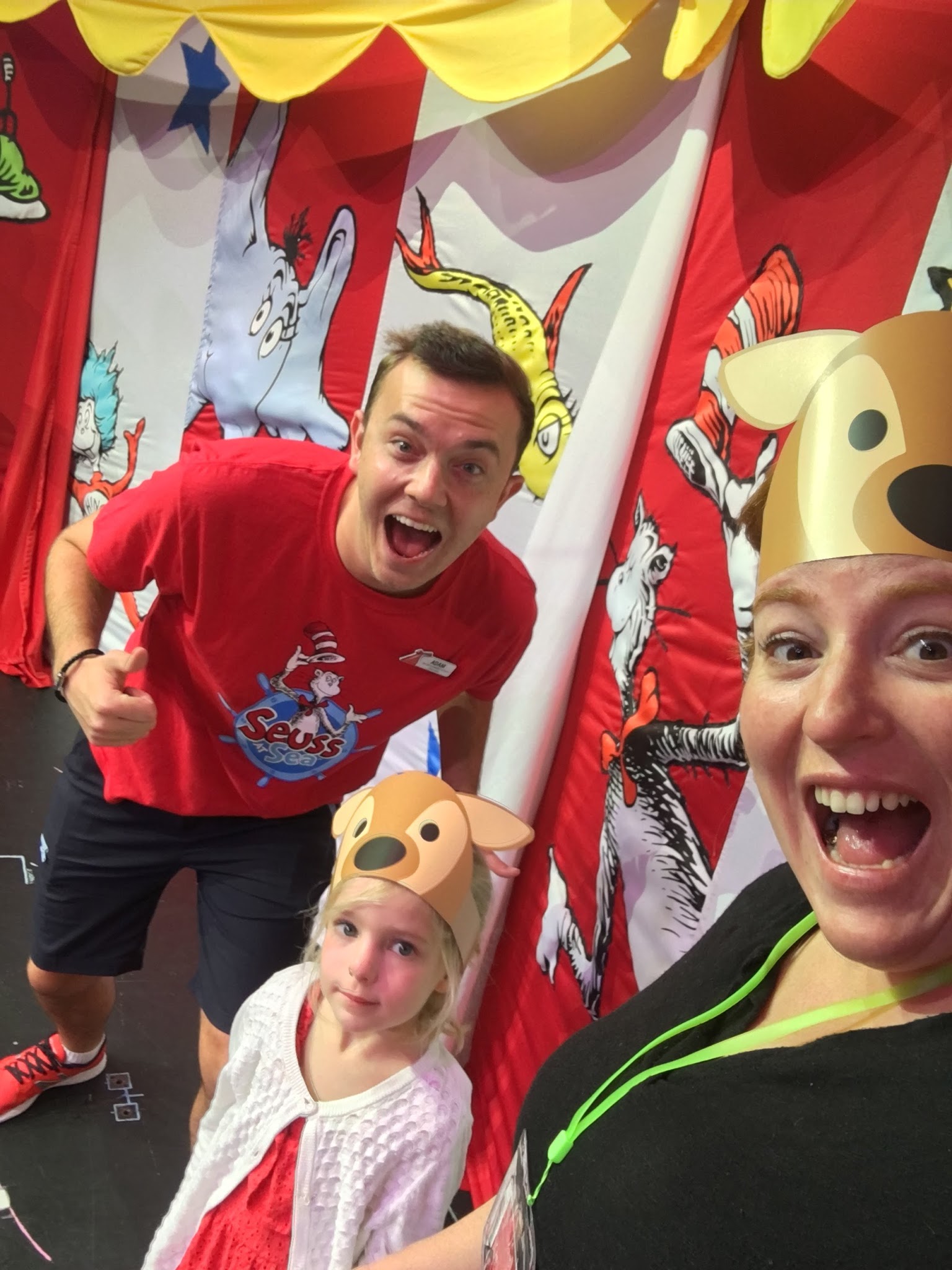 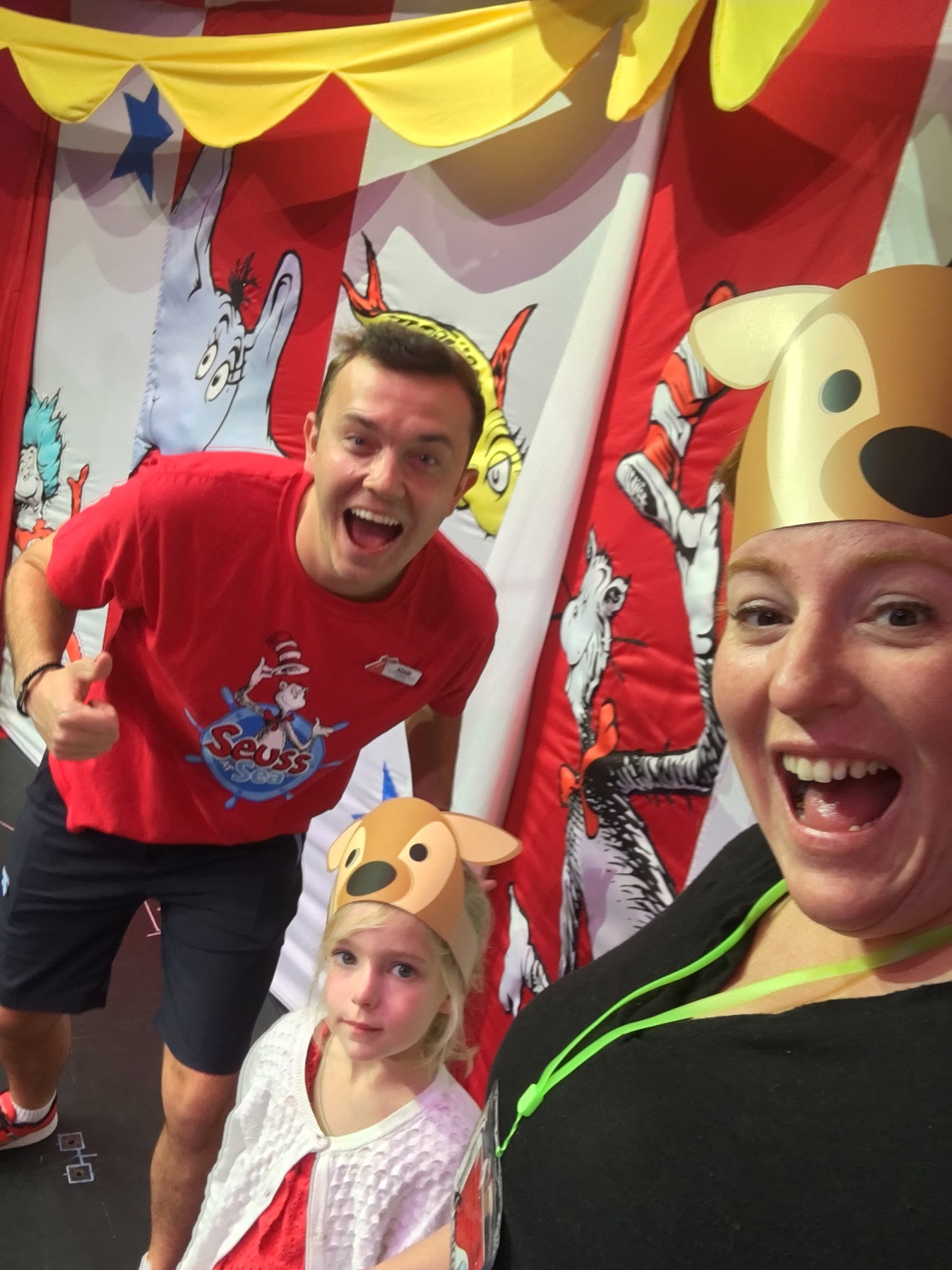 MarQ was the narrorator, and we were able to get a picture with him after the show. 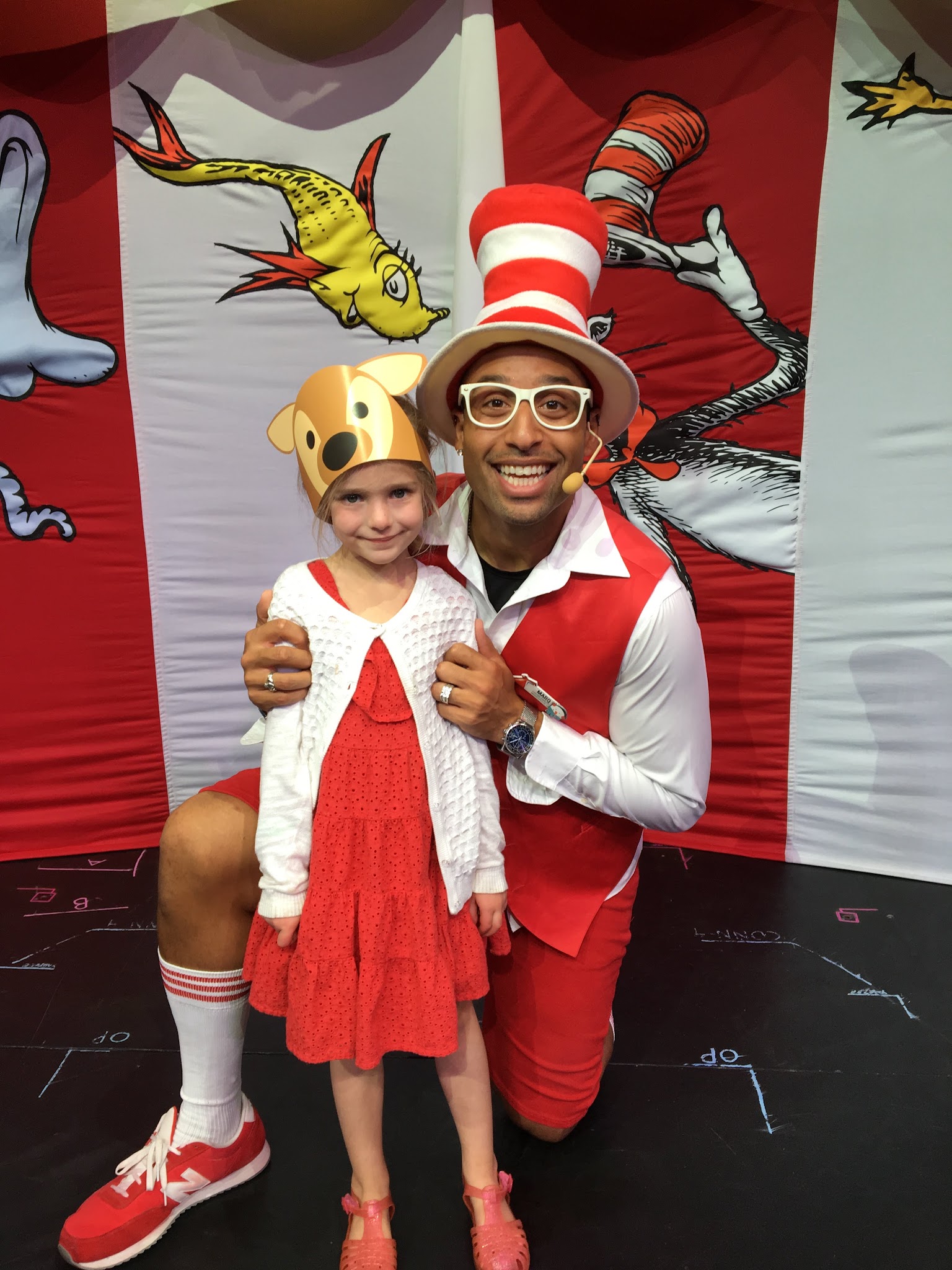 We had so much fun. When we got back to the room the boys were still asleep.