The big day arrived for Belle and Adam.

Elder Jeffery R. Holland was there so the place was packed.

PACKED. Mom and I were there over an hour early, and the only seats we could get were in the nose bleed section, TOTALLY CRAMPED. At first we didn’t mind. It was just nice to be together. 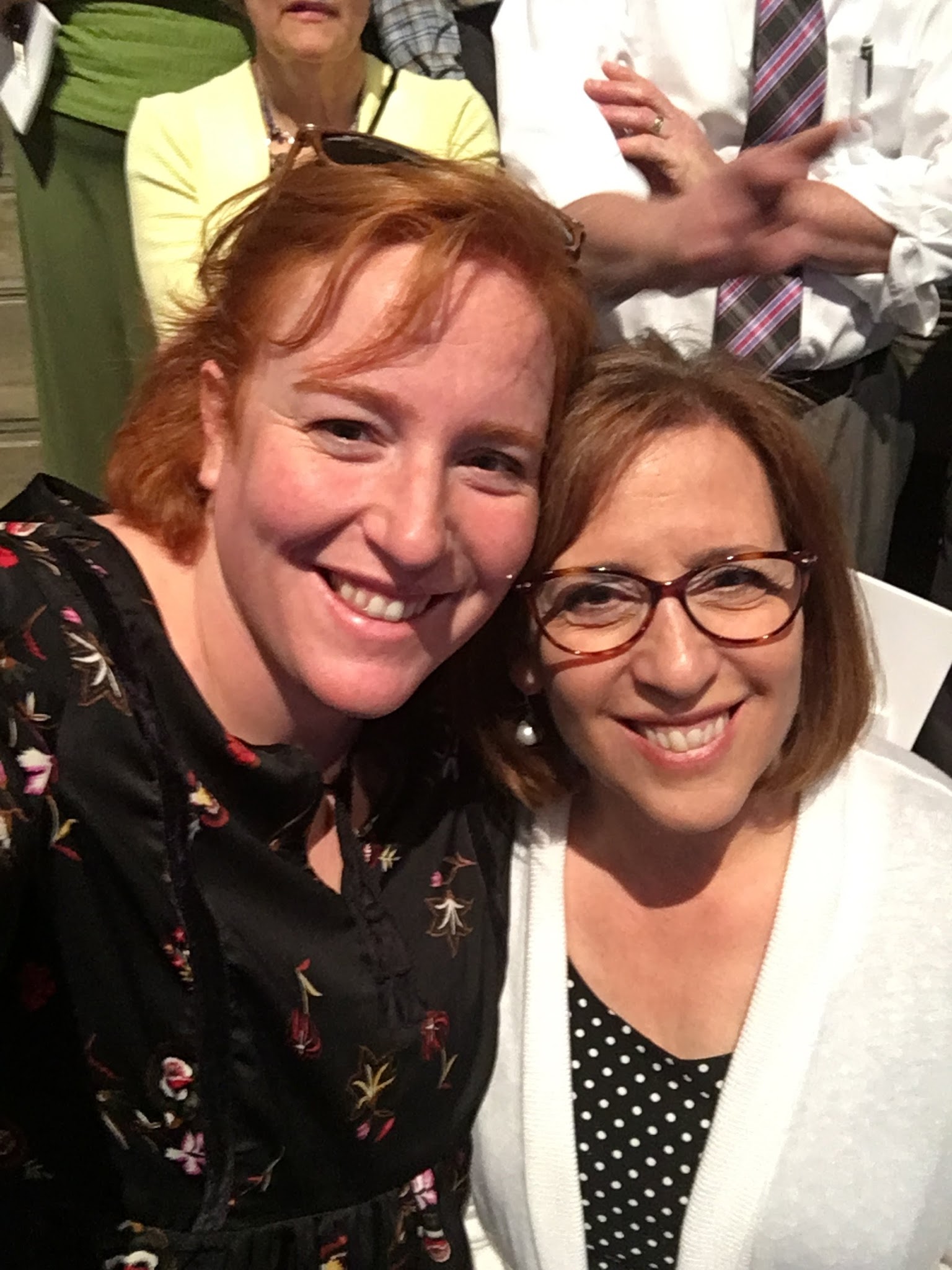 And then we we sat down. And my knees had to be in the isle. THEN THIS kid came 10 minutes after it started and stuck his knees in to my back so bad I had to sit on the stairs the whole time. It was SO hot and crowded I wanted to DIE.

The kids came in. Can you find Adam? 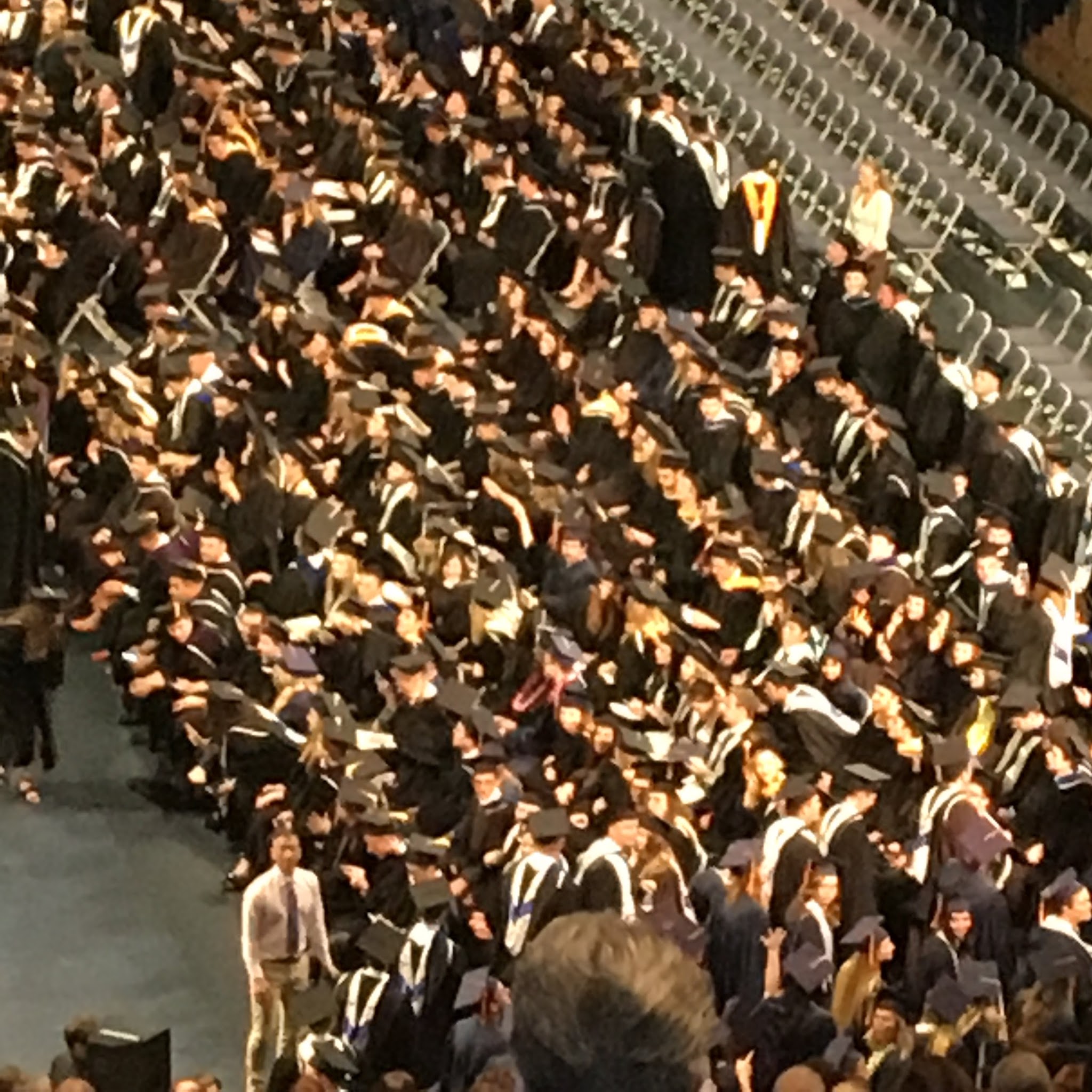 It was at this point mom got really emotional. 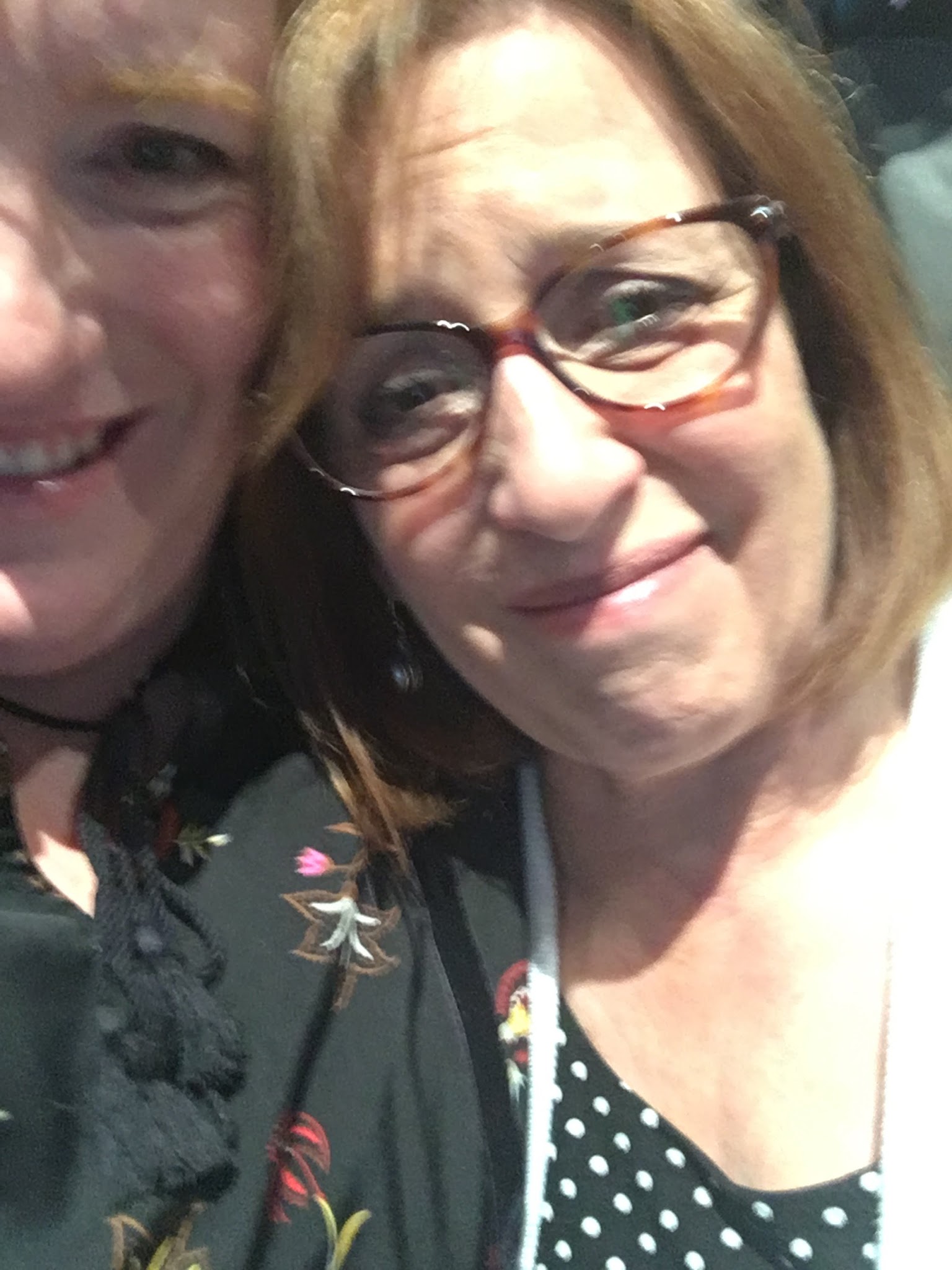 There were great speakers. AND I learned the BYU college song.

When the ceremony was over we met out on the lawn and had a photo shoot!! 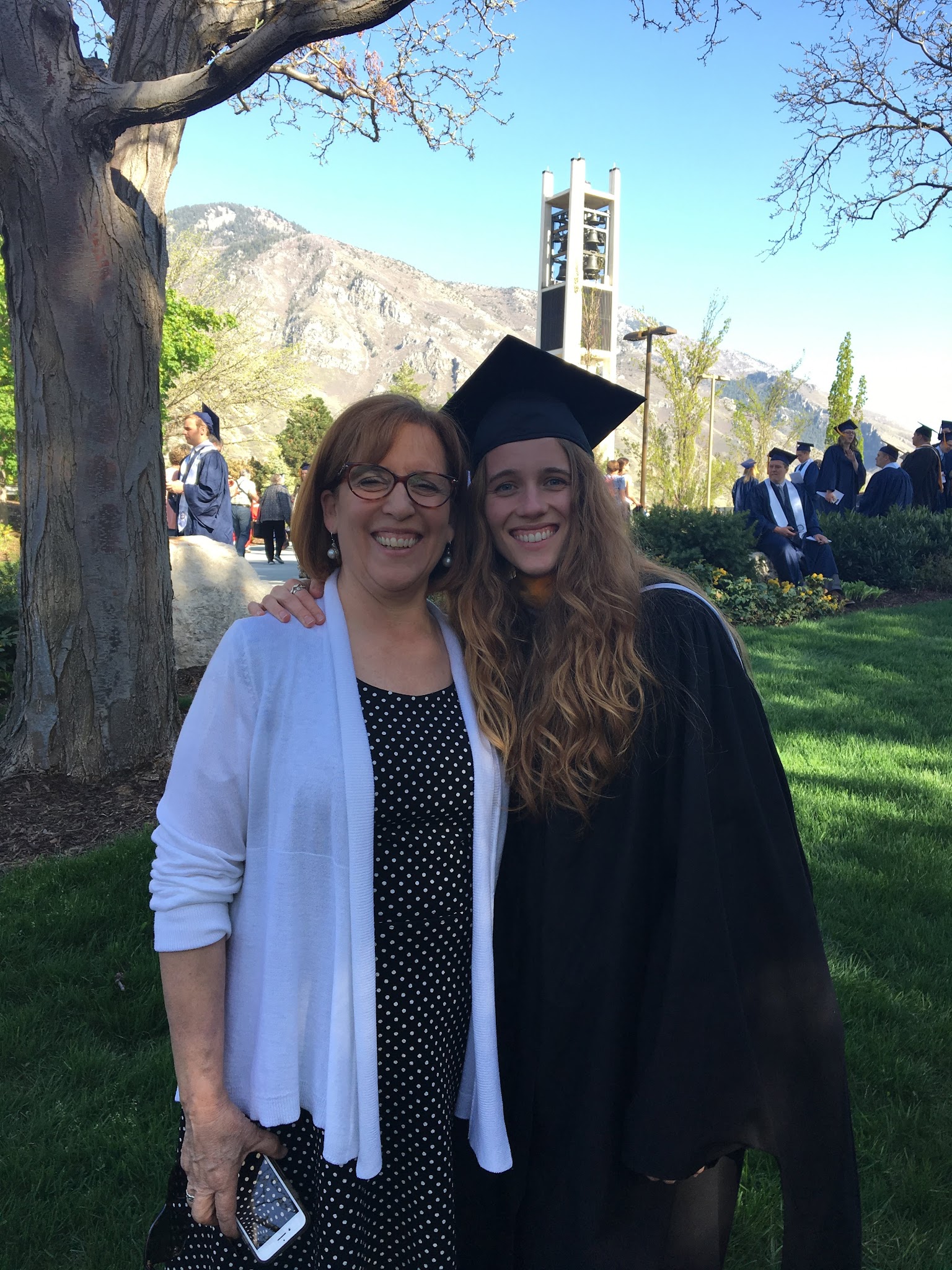 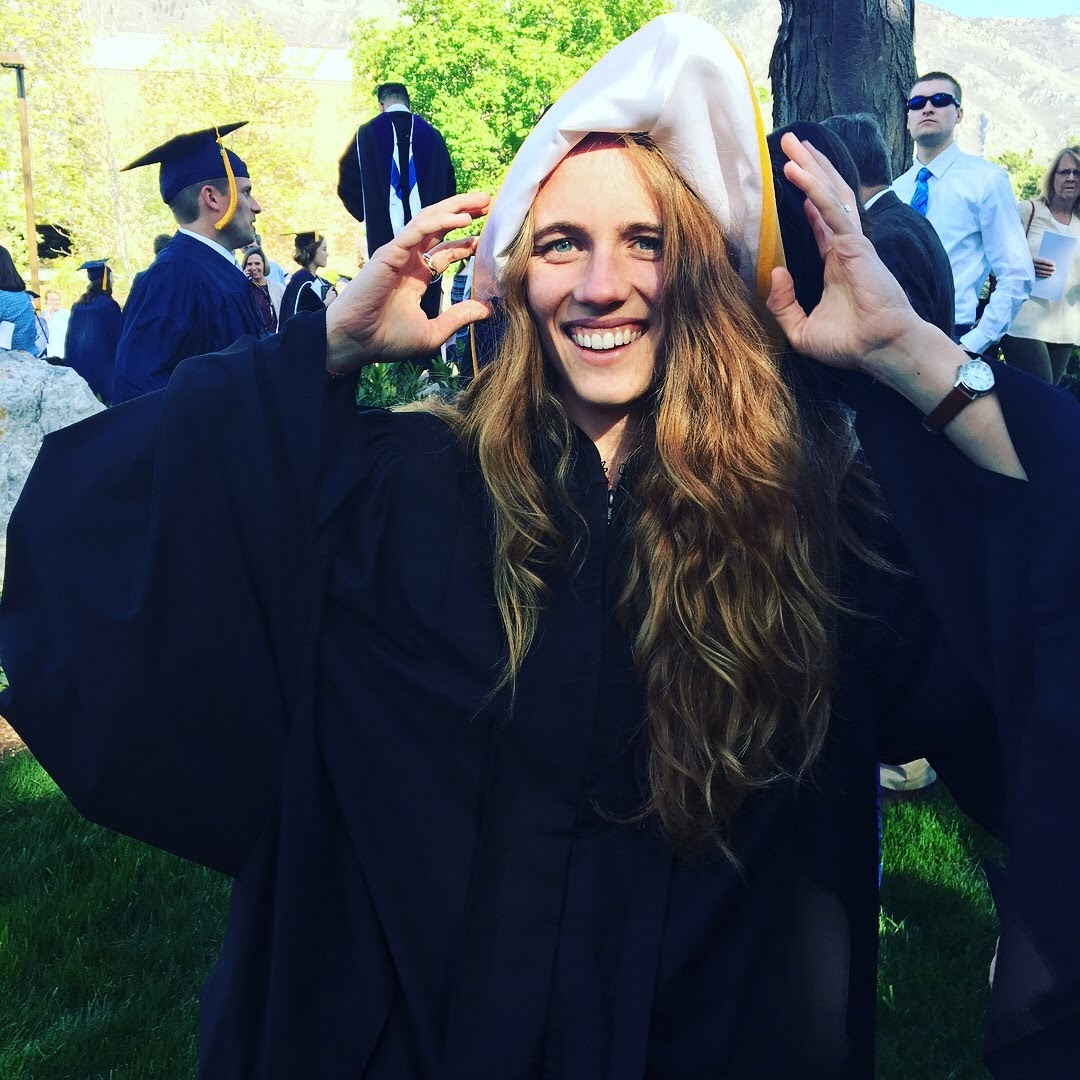 Camille came in from California! Matt, Adam’s cousin who live in town, was there too. 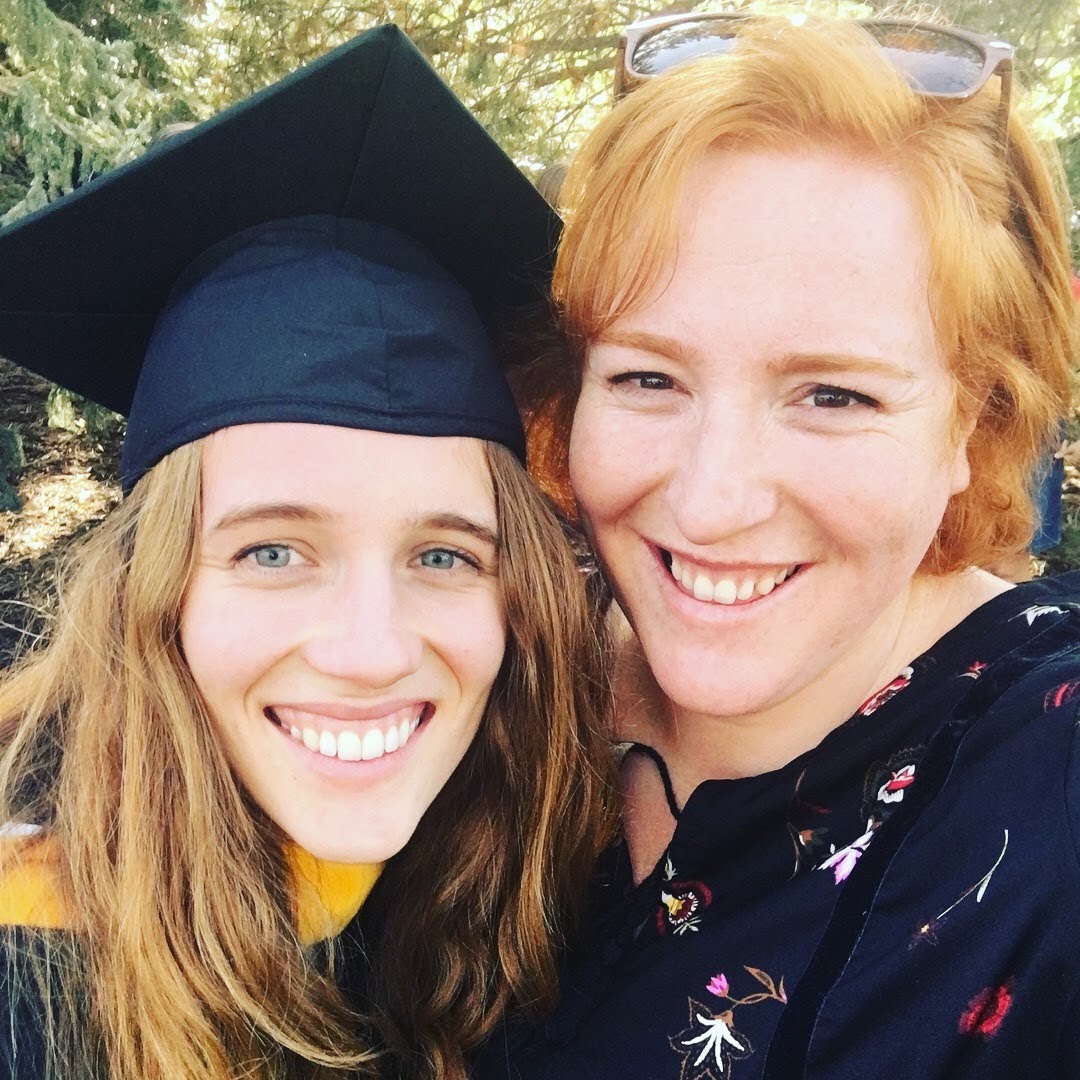 We went out to dinner at Wallaby’s with the whole gang for dinner. Karl came too. It was so nice to see him.

Adam stayed in his robes all evening, even though Belle changed out. 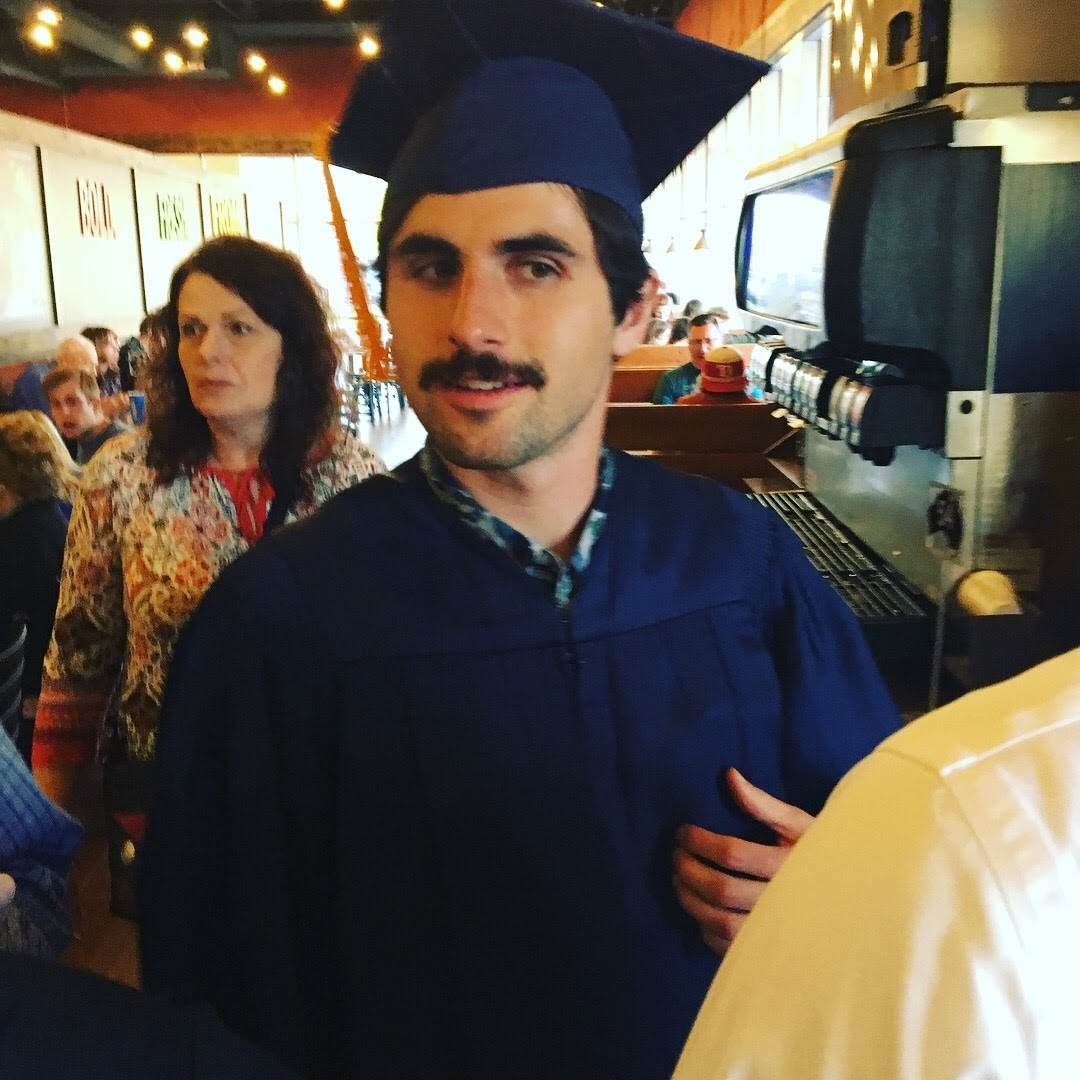 We went to Costco to get stuff for dinner the next afternoon.  He was happy to keep his cap and gown on there.