After the fun outing to the Museum we all headed over to McDonald’s for lunch.

After lunch, we headed over to the Reddoch’s house and opened presents .

We got the boys Amibos and Harry Potter Stickers.

The next several hours were spent playing and having fun.

Later the cakes that Betsy made were ready and the kids were ready to eat-Spaghetti Night!!

Time for cake and ice cream! 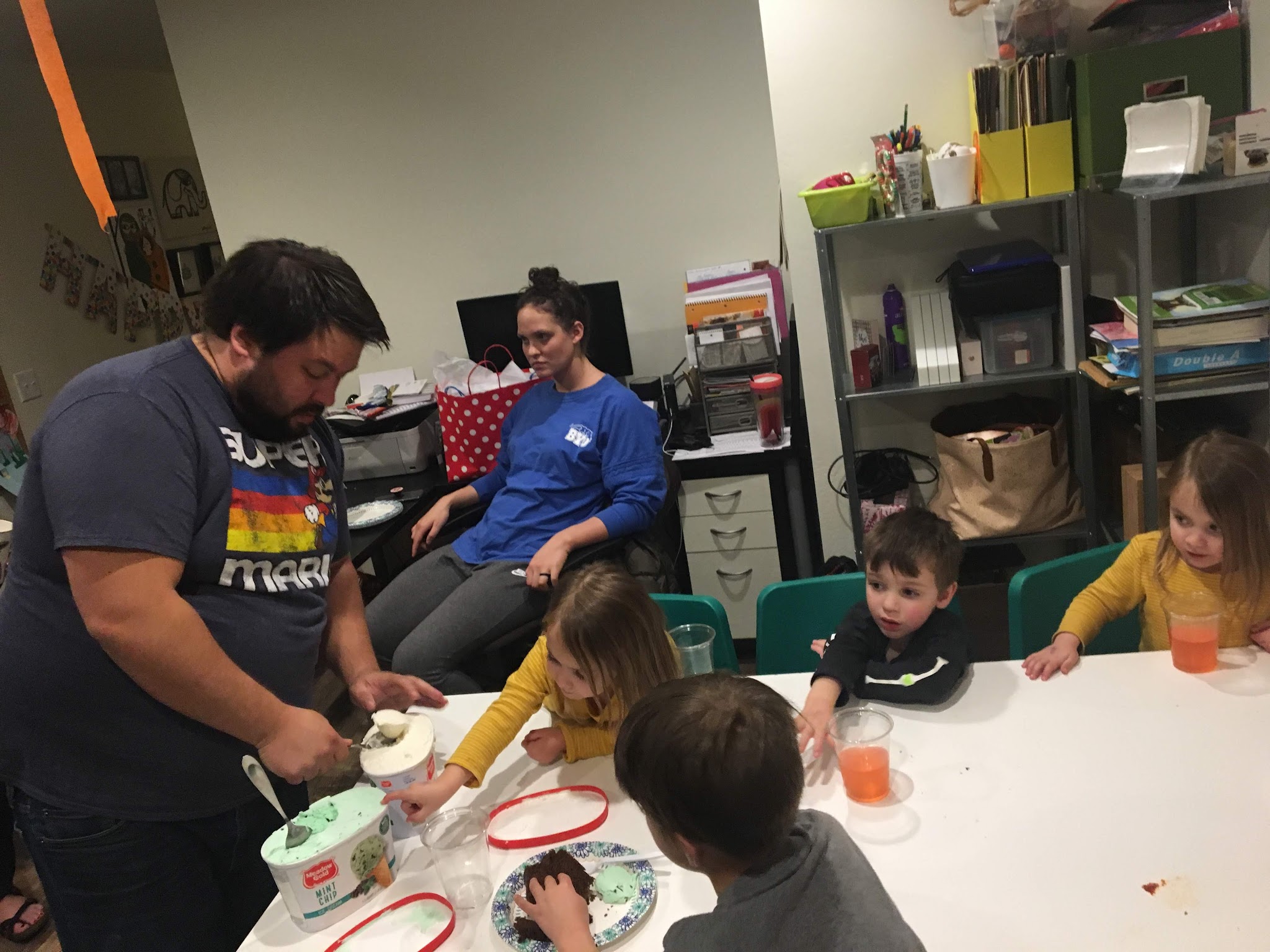 Then the boys opened their big gift! A scavenger hunt which lead to the big gift of a trip for the boys to Harry Potter world!

Then we found Judah’s baby pants and all cried about the boys getting so big!