It was a perfect day for a picnic!
Friday evening after work we headed up to Grandma’s house in Sandy to have a little dinner with our family. It was ther first time we had been together since Grandma passed away and we are all still pretty upset about it. When Maryn called me and told me about the dinner I was super excited to see everyone again. Something I said when we were all saying goodbye at the luncheon was that I was worried now that Grandma was gone we would never see each other anymore.

Well I think Heather heard me loud and clear, because I think she was the one who really initiated this dinner party.
Karl was very excited. 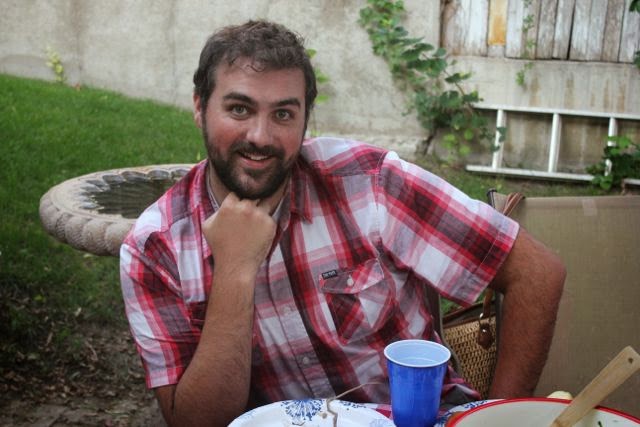 We arrived around 6 and were greeted by many friendly faces.
Heather of course! 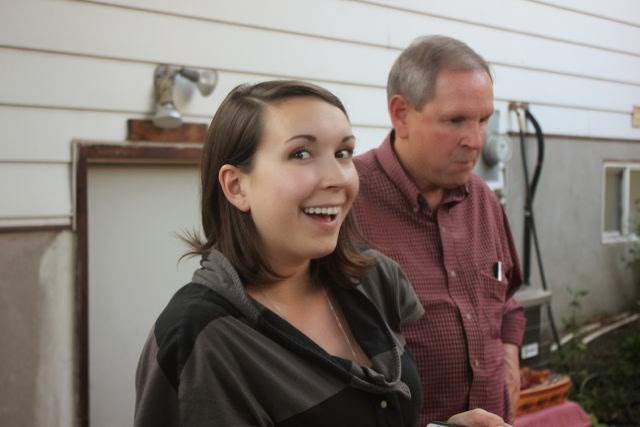 Jason and Mike and Uncle Randy and Mary were there too! 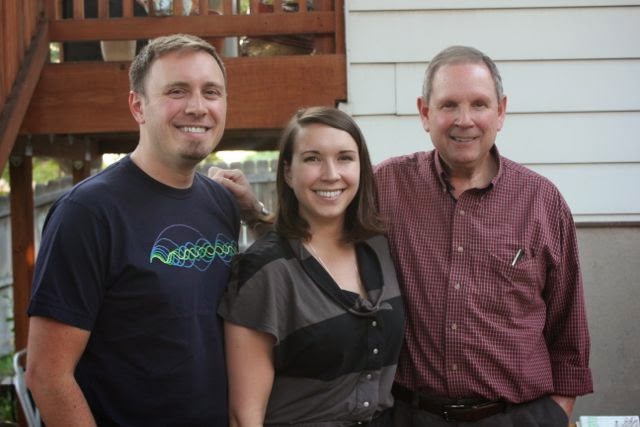 One face we hadn’t seen in quite a while was Kelsey! 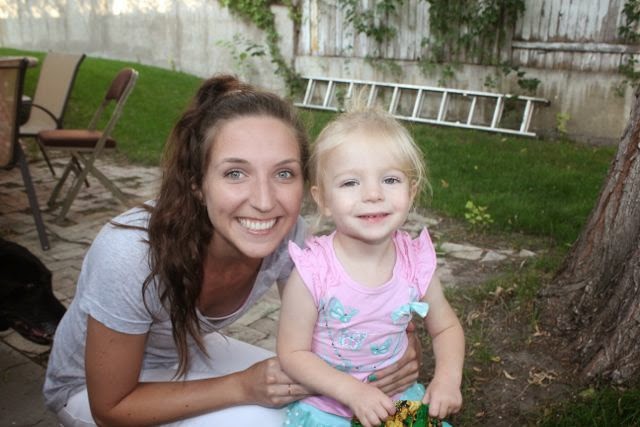 She had just arrived home from Cambodia, and had QUITE the adventure there. 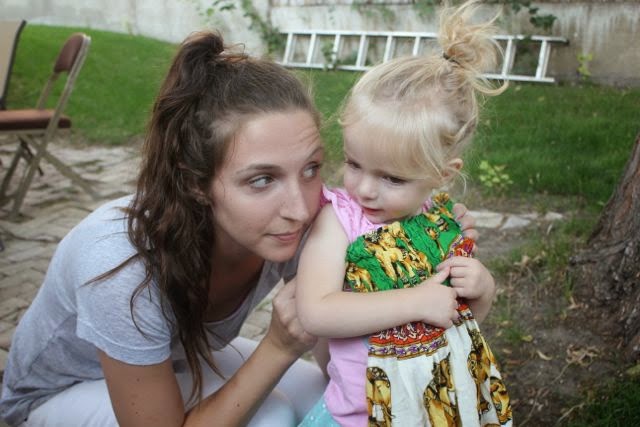 She was so thoughtful and brought us a couple things for Mirah. This amazing little dress (which BTW Mirah LOVES and wants to wear every day) AND a sweet t-shirt that Mirah will be wearing in my next post. 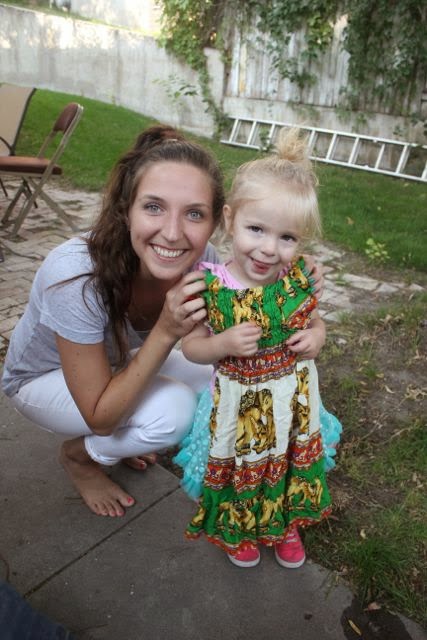 Chelsea and Kelsey’s old roommate who is now married arrived at the party too! 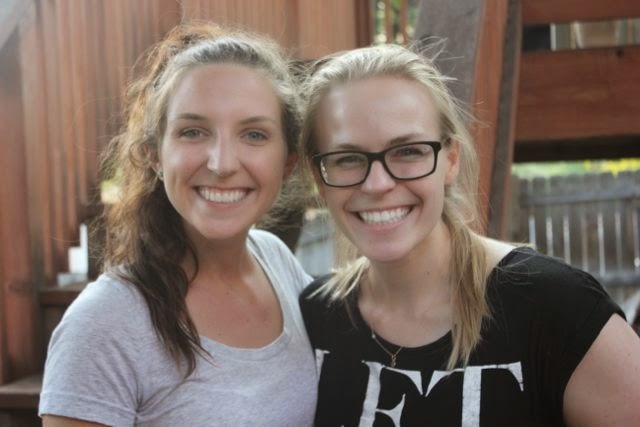 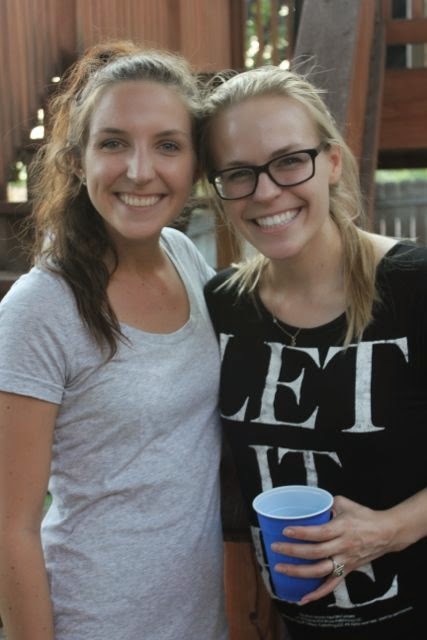 It was really fun to be togther and chat about what was going on this summer. 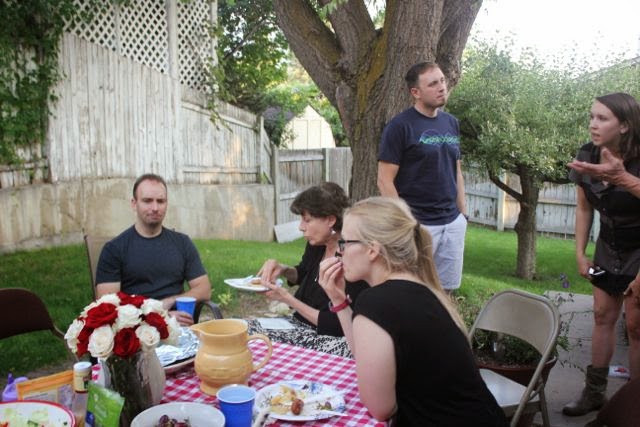 Mirah wanted to put on her new dress right away. So we did. 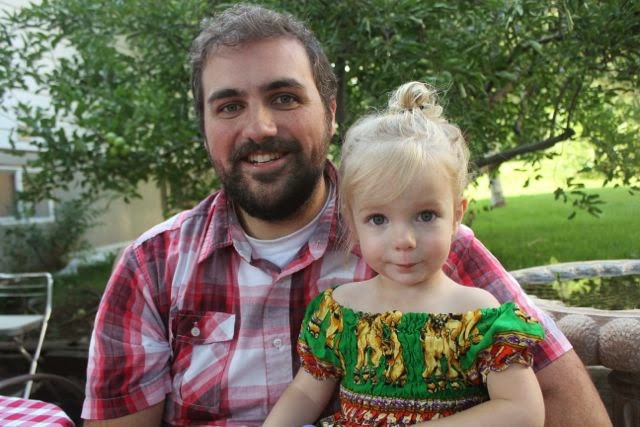 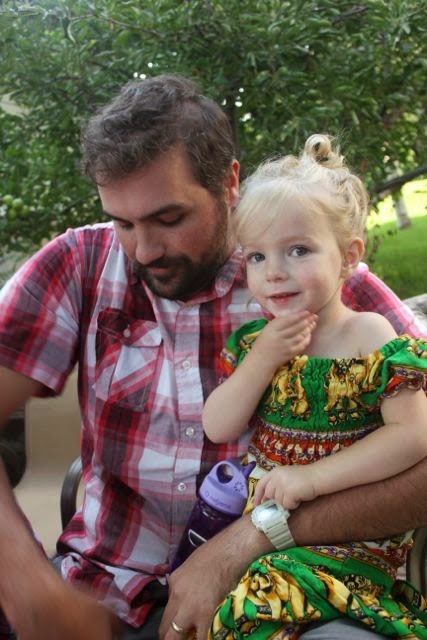 She also wanted to pick up every stick in the garden and give them to people. You can see them in many of the above pictures. 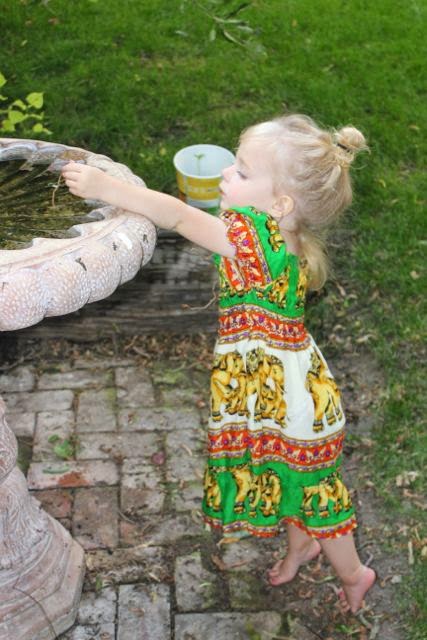 We all agreed we need to do this again. Janet even called me the other night and we are planning on dinner for one of the first Sunday’s in September. I can’t wait!