So we are blazing through the kids pin charts. They have so many pins to trade when we get to Disney, and this week both the kids earned a big reward. The reward that they chose were these funny little Steven Universe Lego sets. Well, Lego esque, McFarlane Builds.

Mirah picked Amethyst in the kitchen with “together breakfast.” We got it on Thursday morning and spent the better part of the afternoon building it.

Mirah and I sat at the counter for hours. She was helpful and encouraging and then she would say stuff like, “Mommy, you’re not very good at this are you?” My retort was, “well I think I am doing a pretty good job, I mean we’re getting pretty far right?”

The next day Luke’s set arrived: 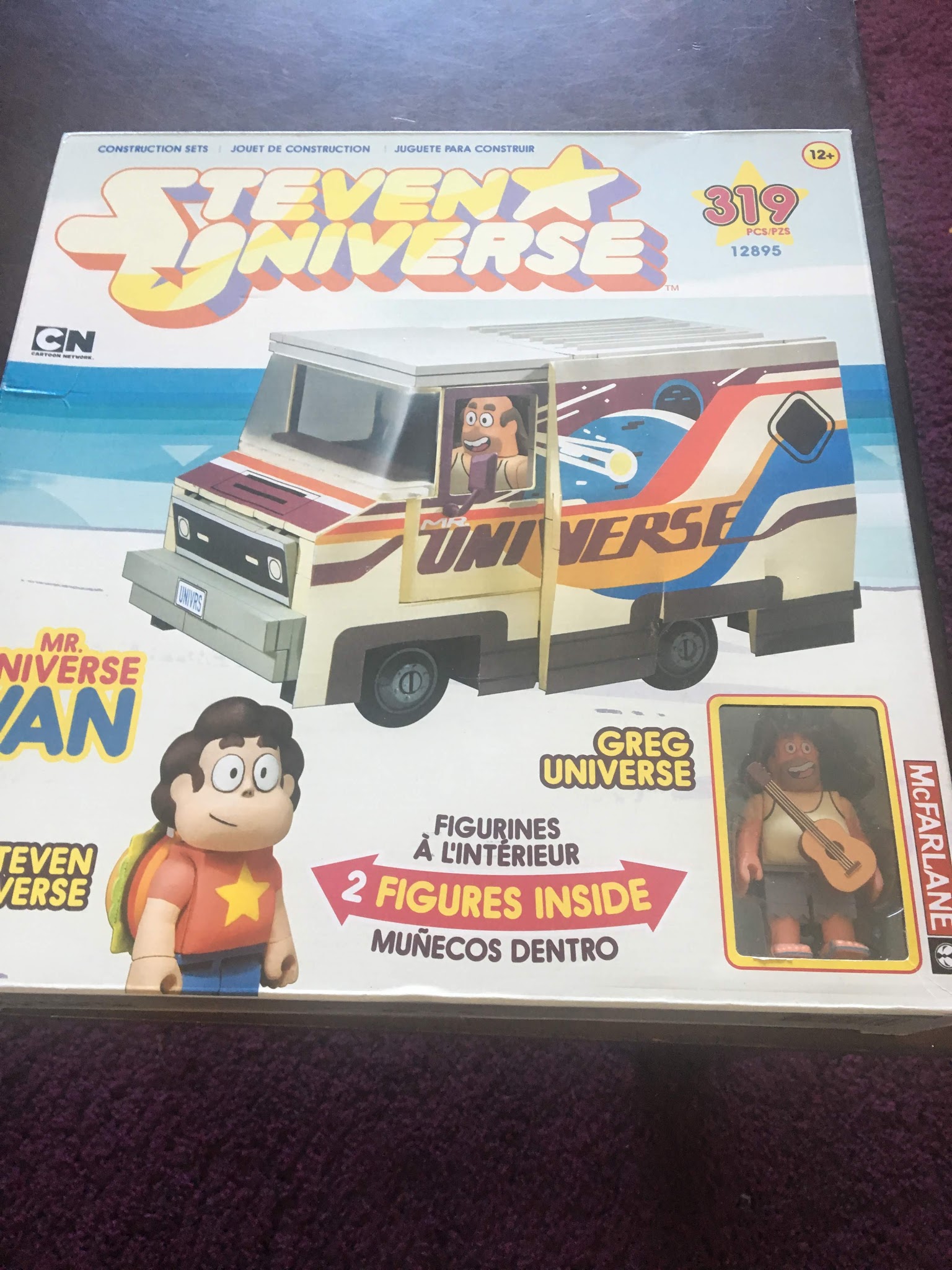 It had twice as many pieces. He was insistent that Karl be the one to help him build it. So, the MOMENT Karl arrived at home last night, he pounced on him to get going right away!

Lucas actually built the Steven Figure all by himself. It was AWESOME.

We got to this point and then went to the gym

We got home, made dinner, and then they went to work again. It was after bed time when they finally clicked the last piece on. Lucas was very happy to show me the finished product.

The next morning Lucas was excited to show me it again.

Our little incentive program works sometimes. But these little toy activities were a slam dunk of motivation for them.

2 thoughts on “Kids Getting their Rewards”