So we were up EARLY, in time to pick up my Silvia to come with us!
It was Pioneer day and it was time to get moving.
Mirah picked her outfit. She is really into pink these days. 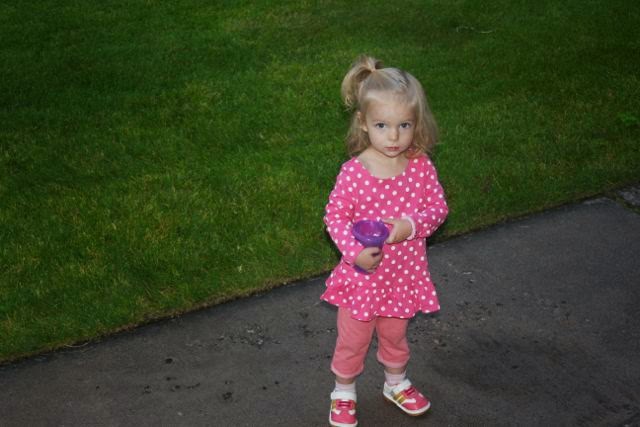 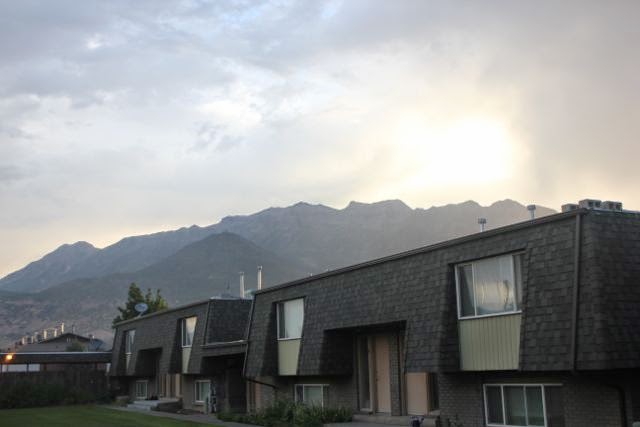 After staying up late trying to figure out how I was going to get the trailer into the trunk of the Honda (It is importnat to note that Karl was at Scout camp with my Rav4 🙁 Boo Hoo) it was a piece of cake getting it put together again at the temple. 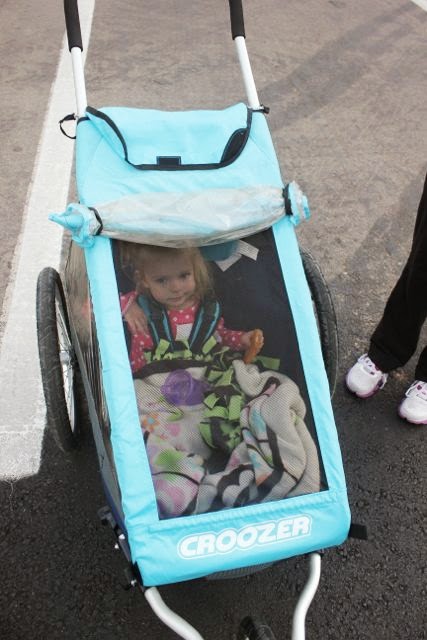 We were twenty five minutes early and it was a good thing too. It was PACKED. They played Pherrel’s “Happy” on a loop while we waited for the race to start. Seriously, it must have played 10 times before the race started. I guess since it was right outside the temple they had to be choosy about what song they picked. 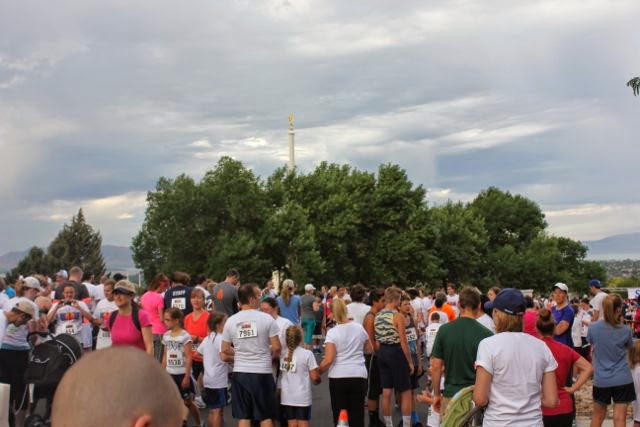 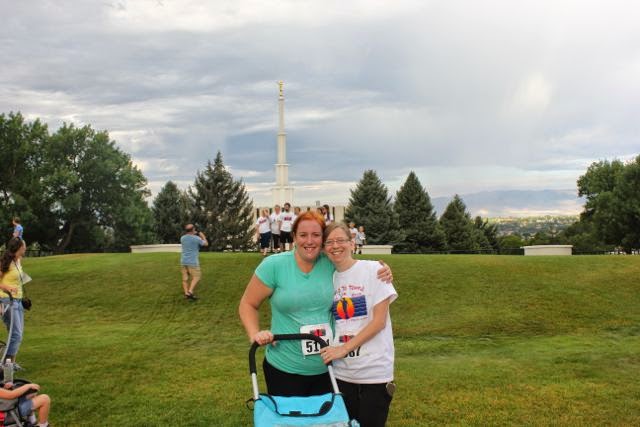 This is a pretty cropped shot. The original a lady squatting and a man itching on each side of us, the beauty of the picture was a little lost. What you don’t see is that I let go of Mirah and she went rolling down the hill ten feet before I of course caught her. She thought it was amazing. She was never near the road, so she was in no danger. I did get my feet all wet. The grass was soaked from sprinklers. 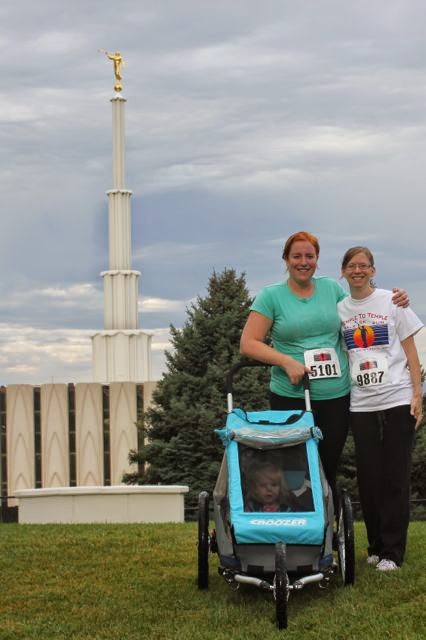 Lovely view of the valley from top of the hill. 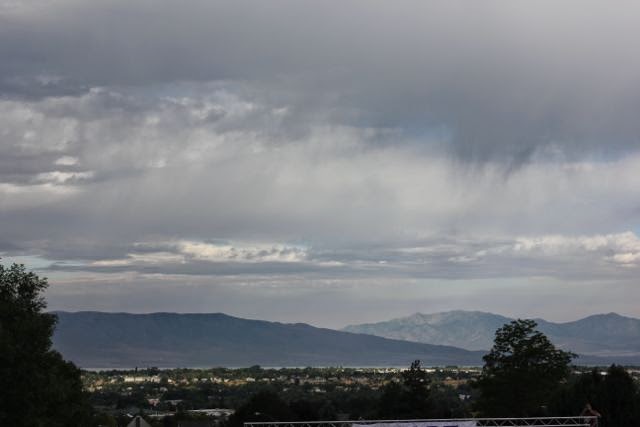 No Joke, the race had been going for like 5 minutes at this point…SO CROWDED. 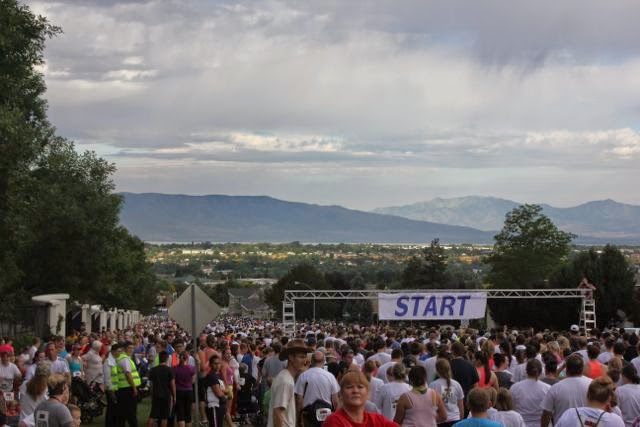 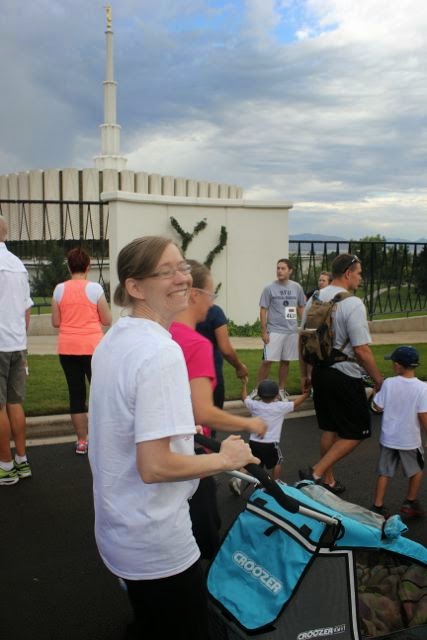 Less than an hour later…well the clock said 59:45 we made it to the other temple. It was crowed man. It was shoulder to shoulder at some points. 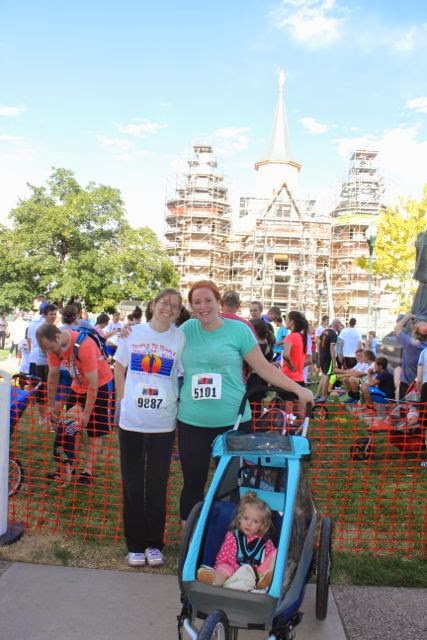 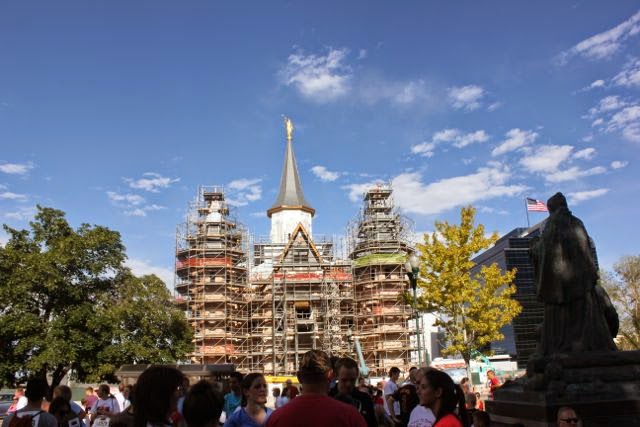 Coming right along.
Glad I did it. Bummer it was SO crowded.
Great way to think of what the Pioneers sacrificed for. Could they have imagined that Provo would have TWO temples?