So we were hanging out with my Nitsy the other day and Betsy mentioned a boy in their ward who was raising money to buy wheel chairs for kids in other countries who couldn’t offord them.
(I found out about this video much later in the story, but it gets me right to the point. It is only a couple of minutes, so watch it.

This is the crazy thing. I was in a foreign country where LDS Philanthropies delivered some of these very wheel chairs! It was the best service project I participated in on my mission.
From what I remember, it we were called out to Kombinat on a Tuesday evening in October 2005. Our mission president needed us to unload two trucks full of wheel chairs. When I say trucks I mean two Semi Truck containers that came over on a boat and were dropped off at the Albanian port like this: 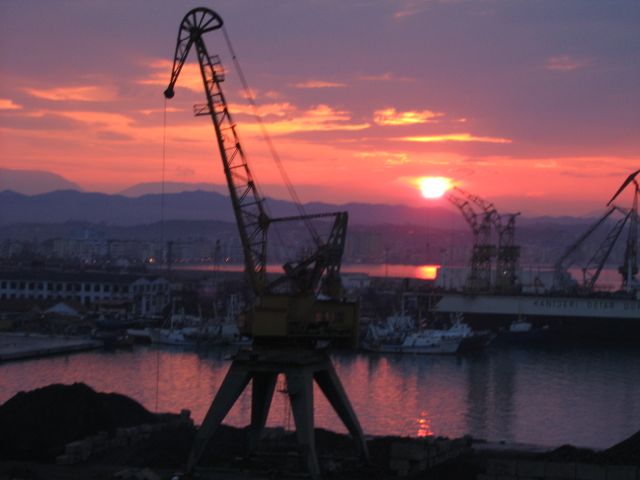 We spent hours on a night that wasn’t a normal service day unloading these trucks. We left them at a couple of different locations because no one seemed to have enough space for them anywhere. It was just me, Motra Brundage, Motra Smallcomb, and one man unloading an entire semi truck. We were so tired that night, and the rest of that week.
Here I am standing in front of a stack of these boxes. 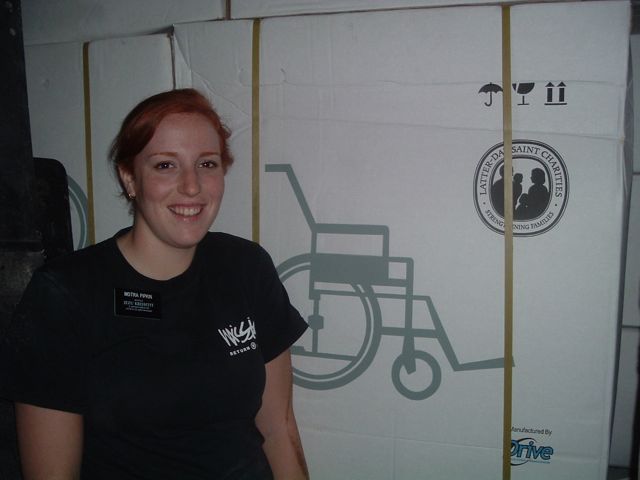 Here is Motra Brundage trying one out. It was exciting to get to see what was inside the boxes. 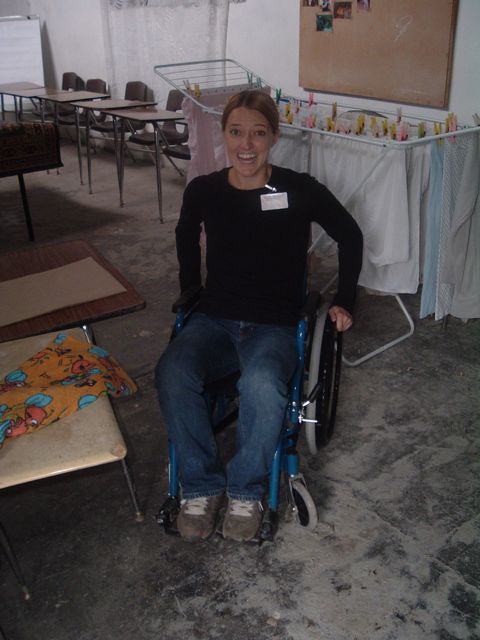 There was also a ceremony where they presented several wheel chairs to individuals there. 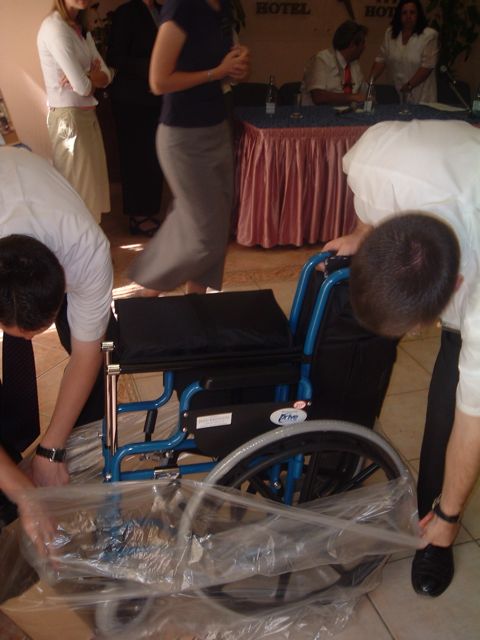 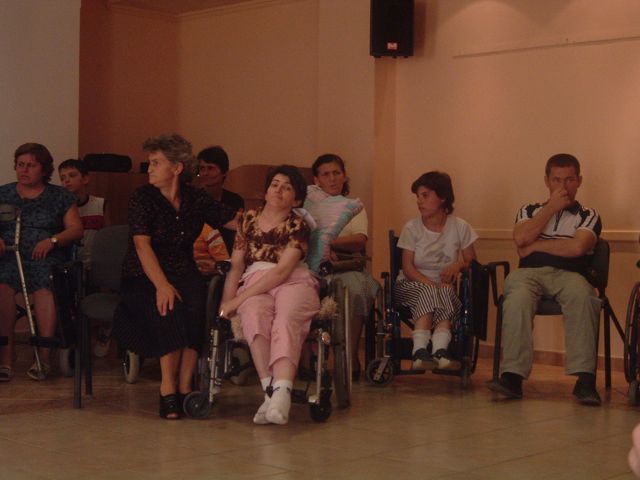 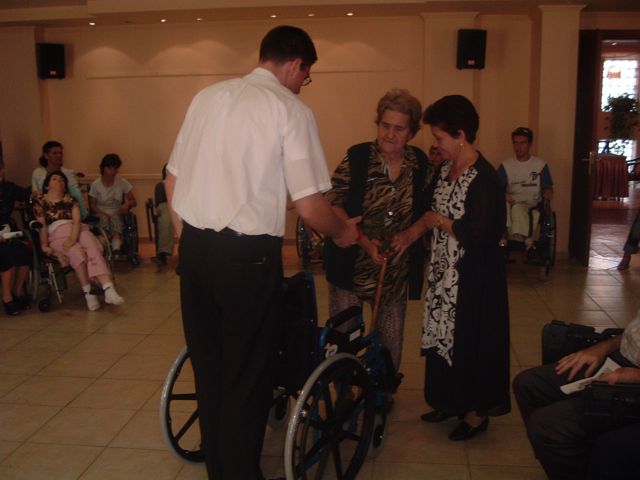 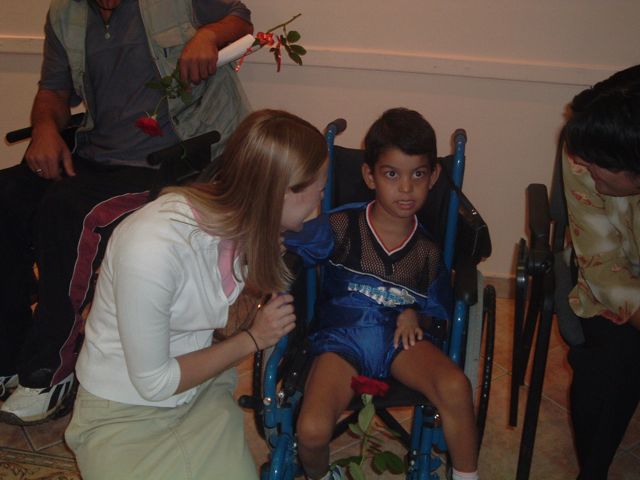 My district at the time. 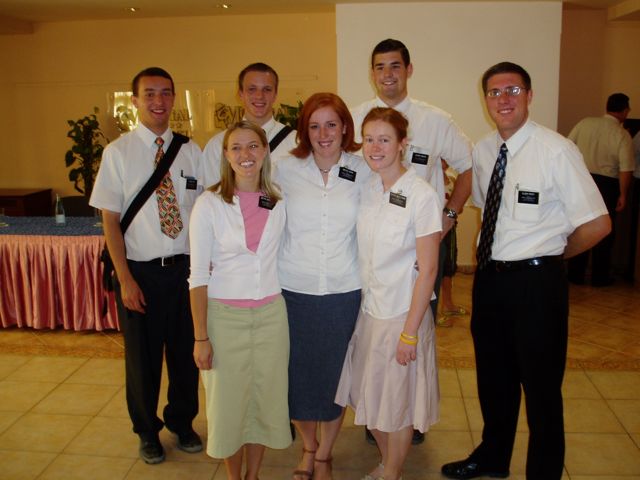 They had children dance and sing and recite poetry. 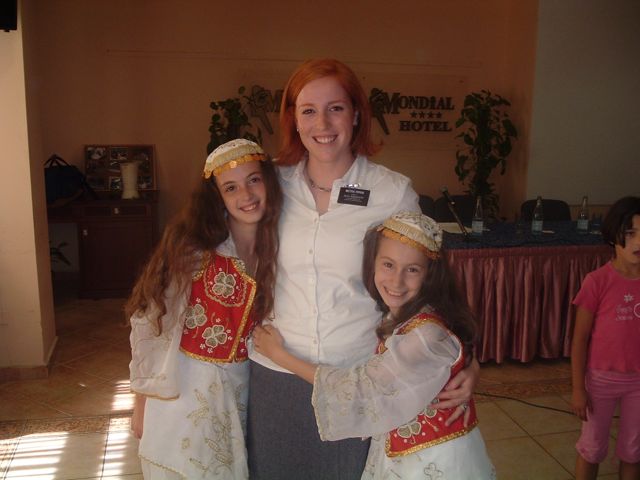 It was a pretty great day. 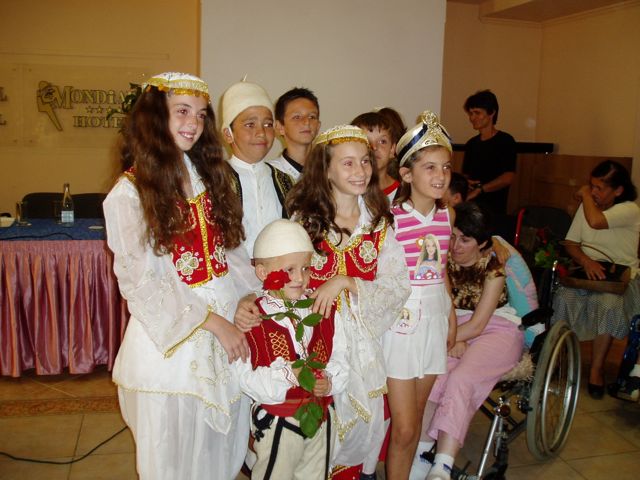 Flash forward 8 years. The weather is amazing and we headed over to Zack’s Shack.
We picked Karl up at work. Mirah and I played with the company dog. 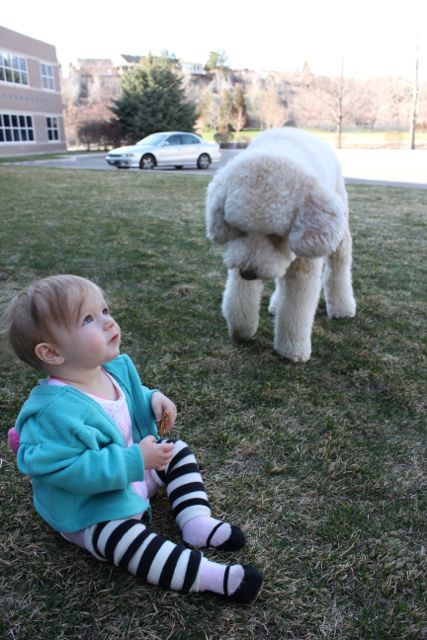 We got down to Provo where Karl and Mirah stretched! 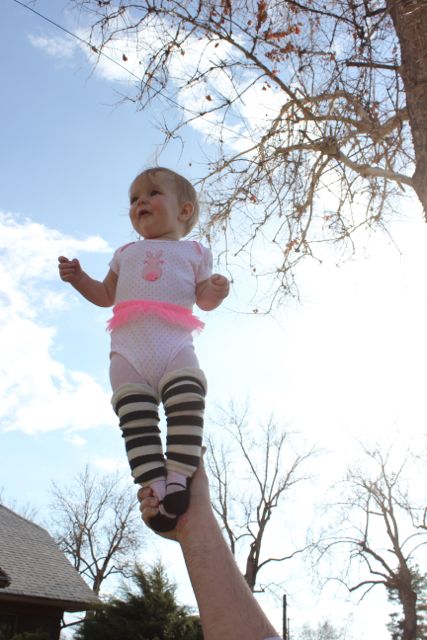 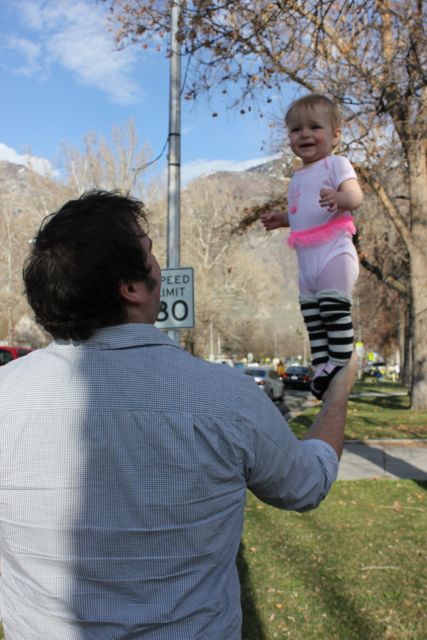 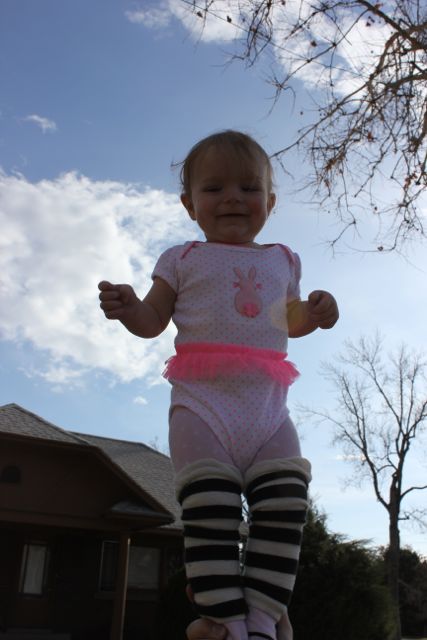 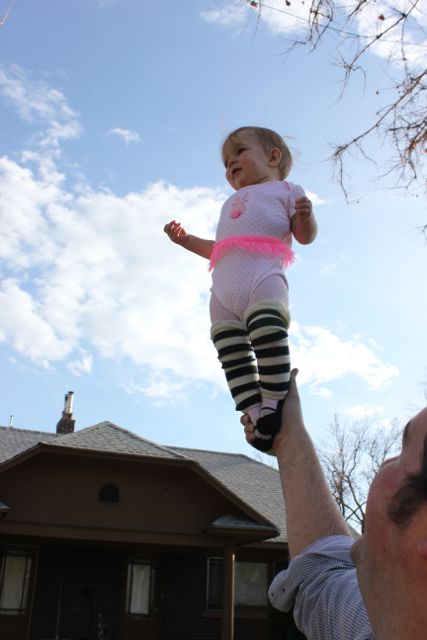 We knew we were there when we saw the sign. They have been doing it for 3 years, and it has gotten bigger every year. 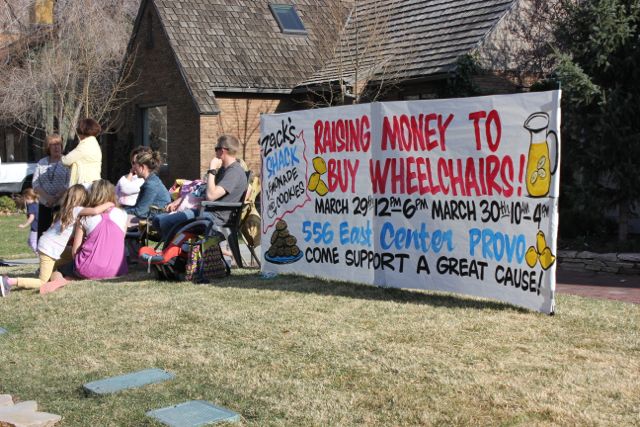 Look what was parked out front!!!
(I’ve seen you before!) 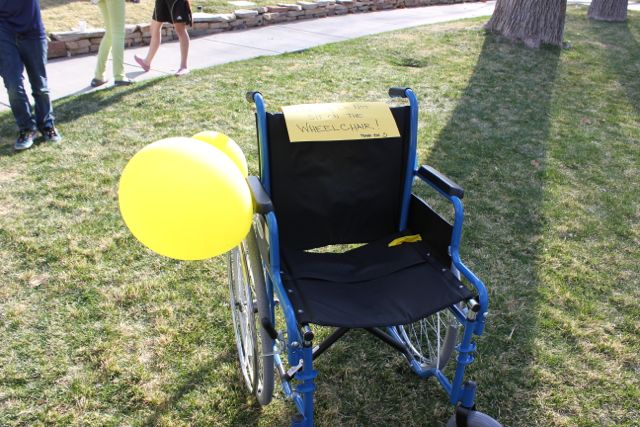 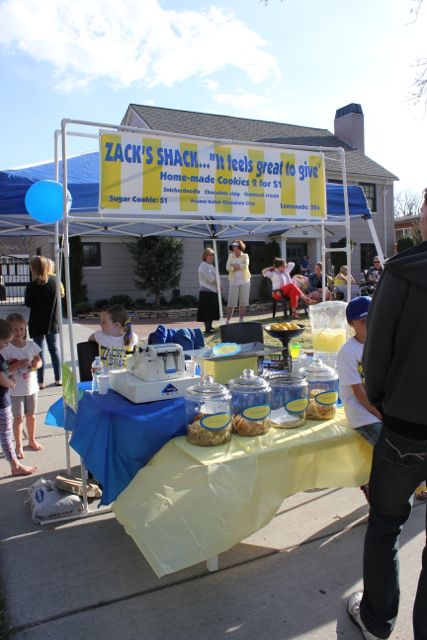 Run by the kids, while the parents looked on.
The kid in the hat is Zack. 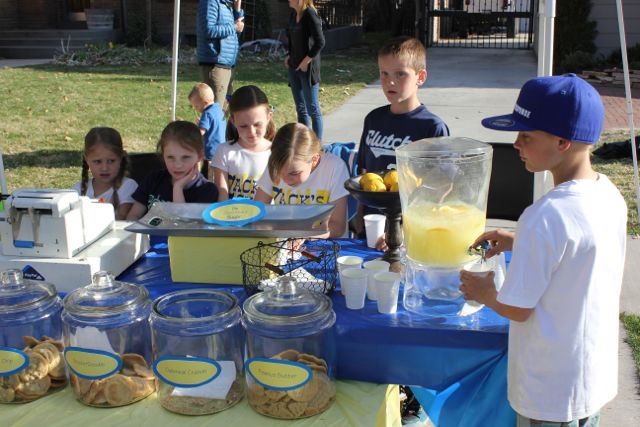 Zack was supe excited to meet me and talk about it. 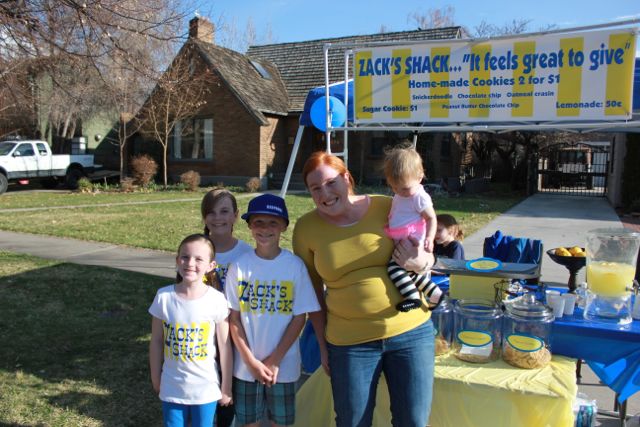 Zacks mom was really excited too. We talked about my experiences and how great it is that Zack is so excited about it all. This year there has been a ton of media coverage, but the prices of the chairs went up from $82 to $120! They are hoping to make up the difference. 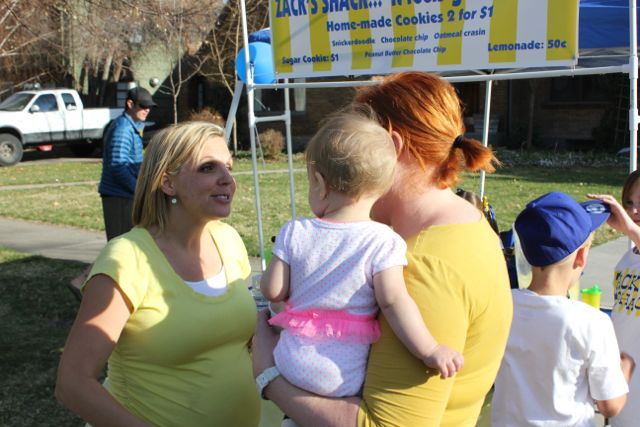 As we were talking, a man from LDS philanthropies arrived and we talked about some of the other places the wheel chairs went. Like Mongolia. 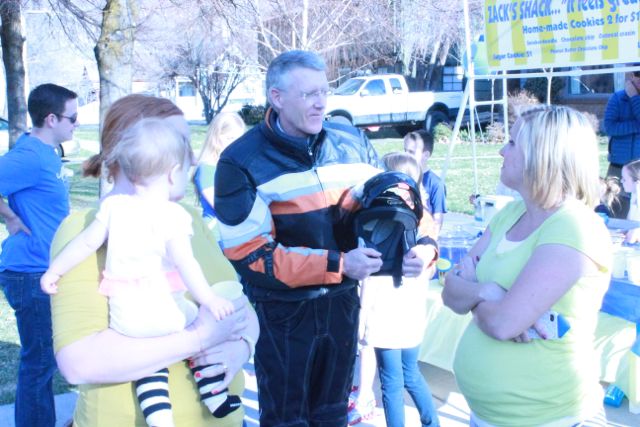 It was so cool to see it all come full circle like this.