This is a lovely house. But when we bought it, it was 12 years past it’s last facelift. So it was up to us to do some…face-lifting.

From when we first moved in we have been changing out old light fixtures.

After meeting with several different painters we ended up going with Alex Villanueva and Magic Touch Inc for the job. Alex is a member of our ward, so it was a win to be able to give a company in our ward the work.

Alex sent us to Sherwin-Williams to  pic out colors. After weeks of asking everyone I know to give an opinion, holding them up in different locations and in different lights, Karl and I finally landed on these three colors: 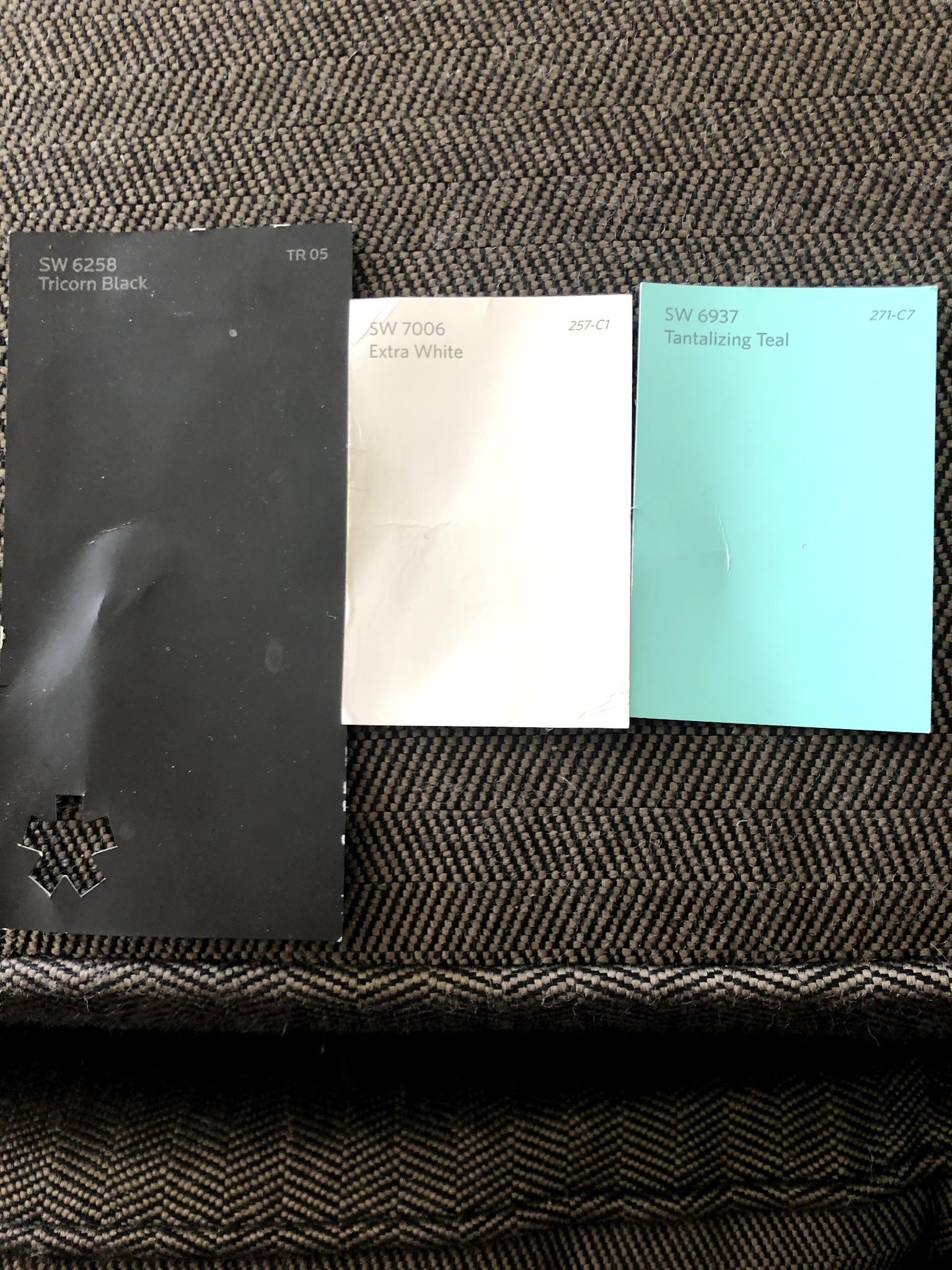 Tricorn Black for the accents, garage door, back doors, and shutters. Extra white for all the stucco, AND brick. Tantalizing Teal for the front door and mail box.

After a false start due to weather, the house painting began, and it is really going to change the way the house looks and feels.

For whatever reason, they started with the doors. 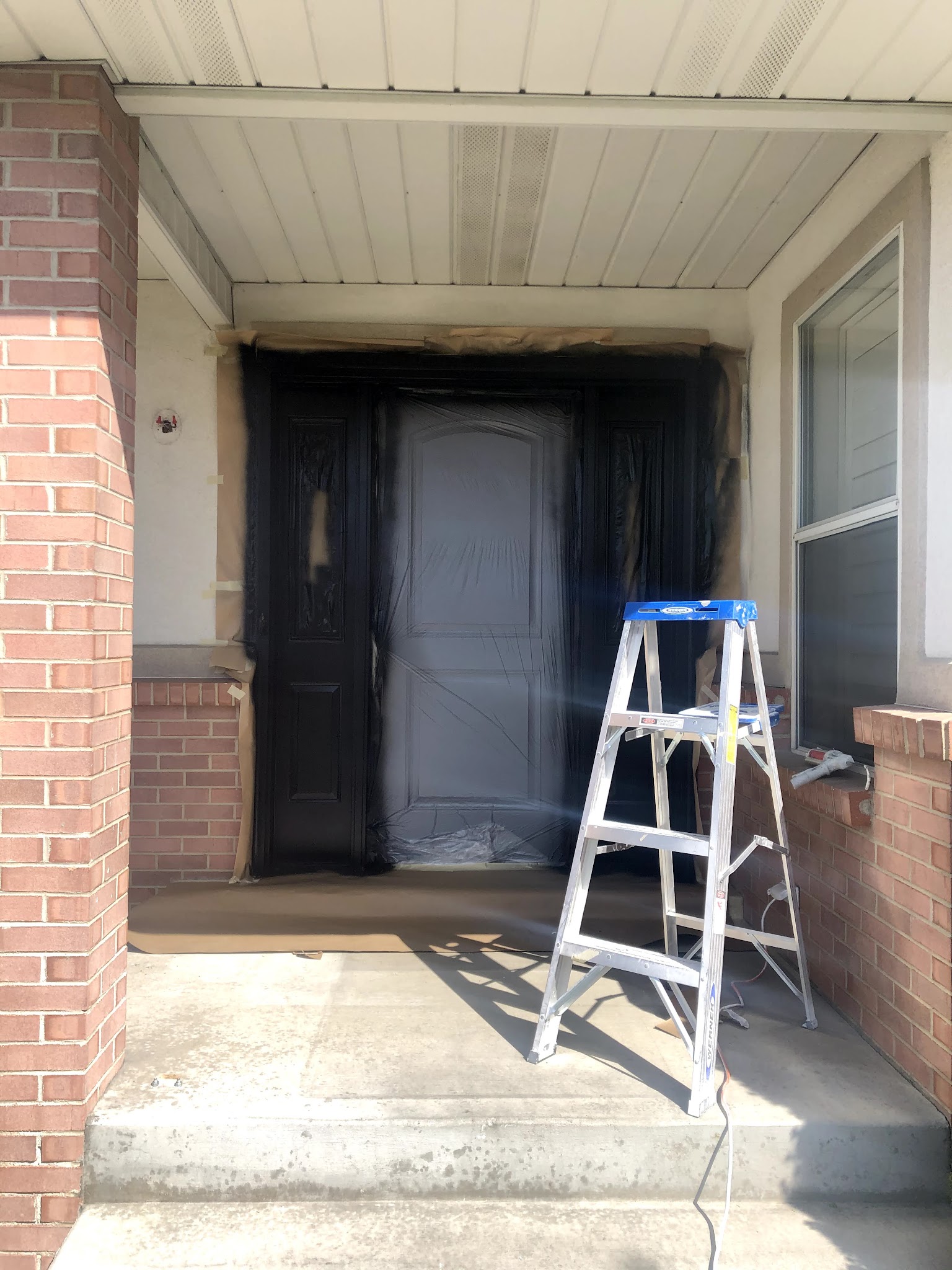 After the doors and shutters were painted they started on the stucco.

They stopped over the weekend, and Sunday, things looked half done. 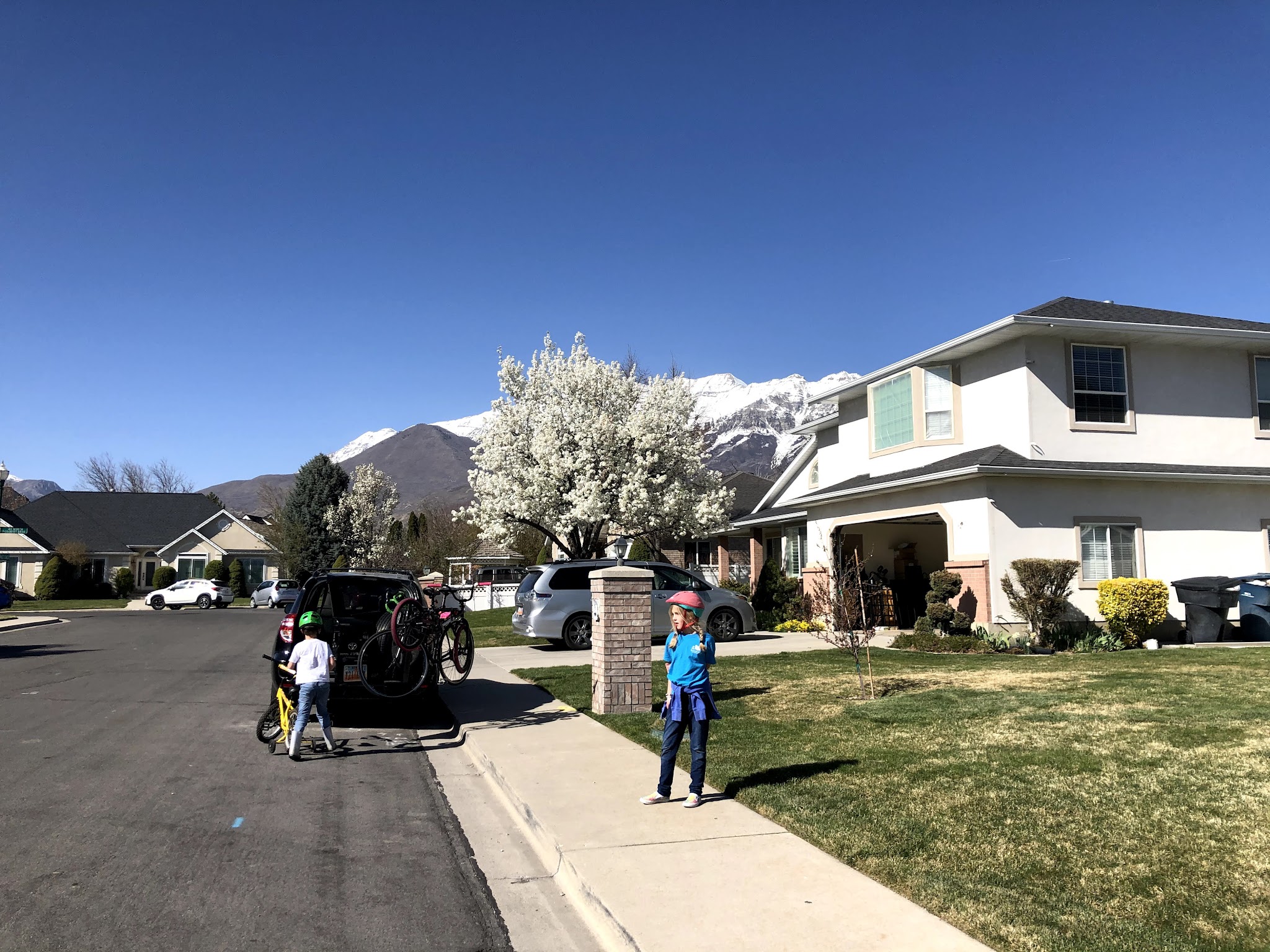 Then they moved on to the brick.

Things were looking pretty good by mid week two, but the weather was turning again, and we had to wait for it to pass. 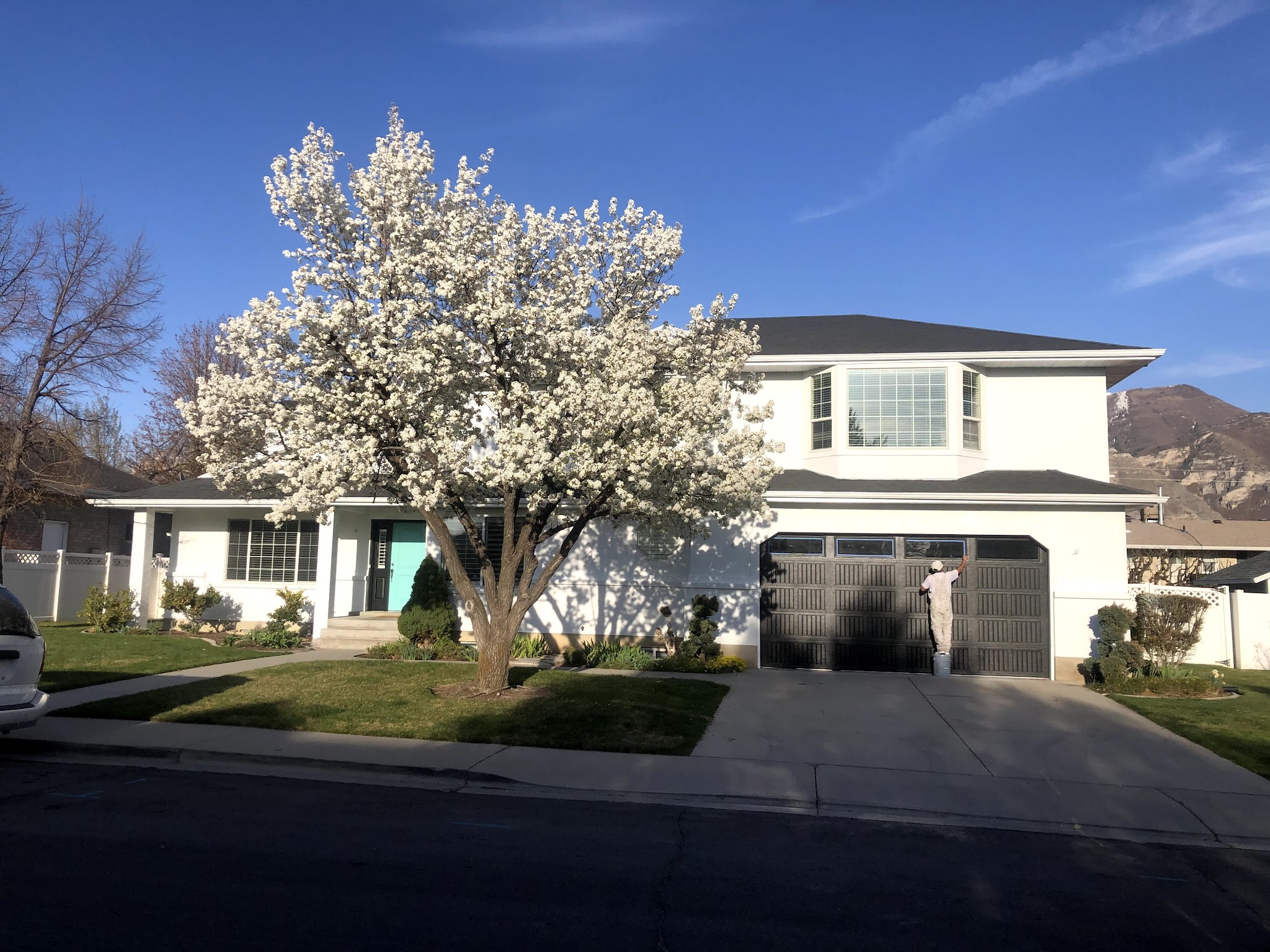 The last couple of days took forever. They were getting ready to put up shutters, and the drain pipes… 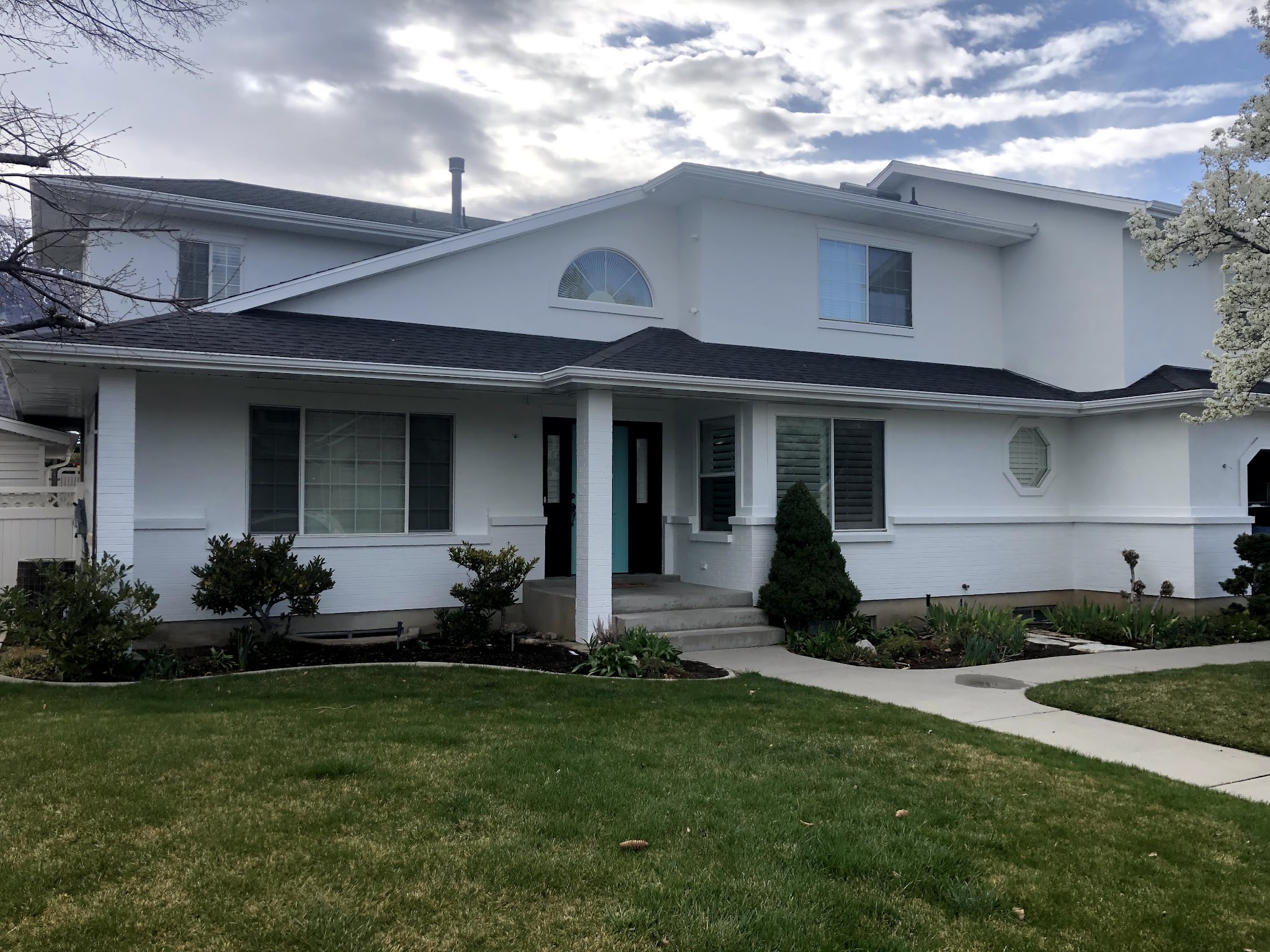 When the got the shutters and the numbers up I was really getting excited. 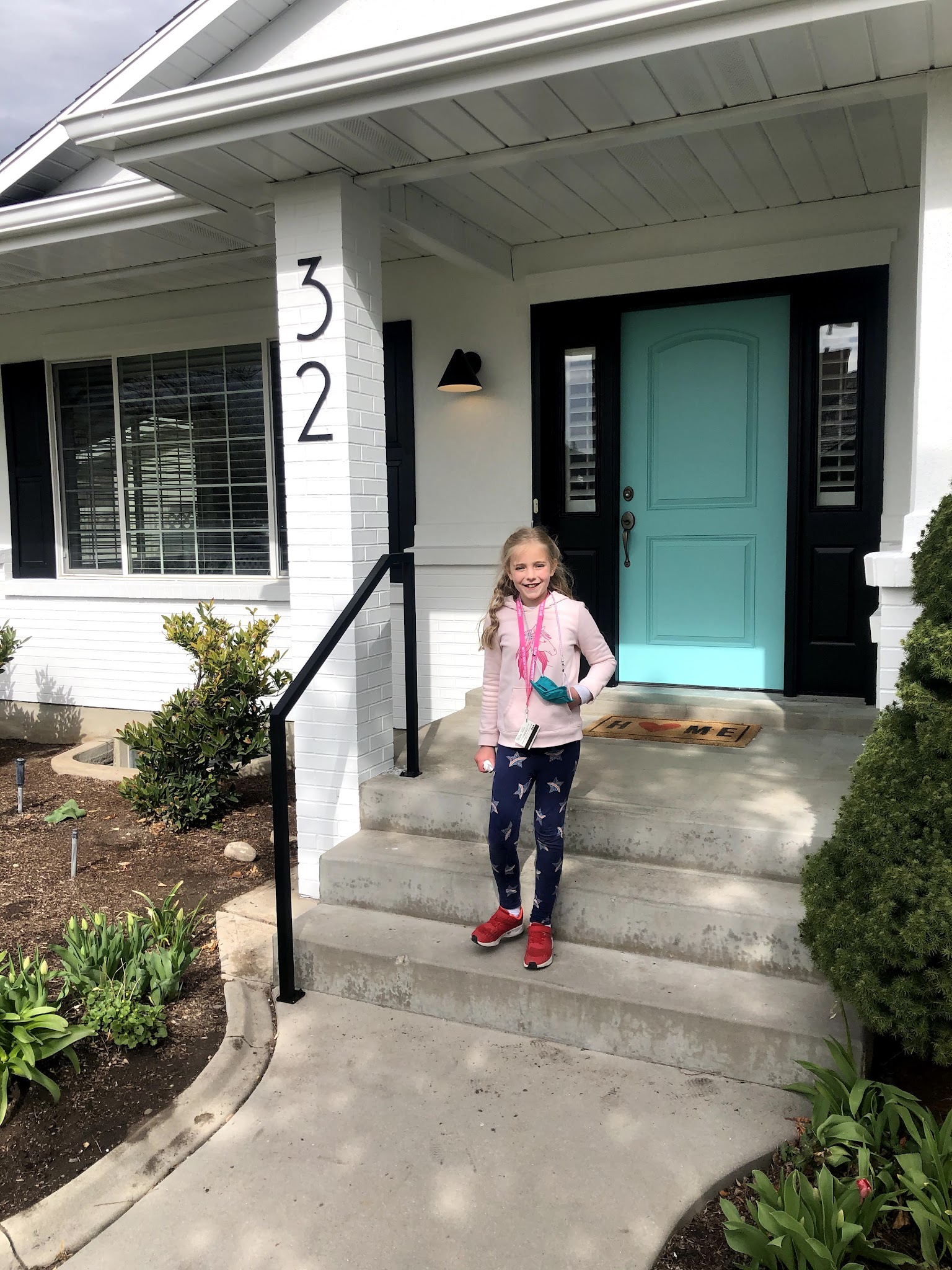 The front of the house was done before the back. It looked SO good!

Karl was not in love with all the unbroken up white on the front park of the house and wanted to try and break it up with some color, so we tried to paint the octagon window black…we didn’t like it, so they painted over it 🙂

The last day was busy. They painted the mailbox. Did touch ups, and just finished up. 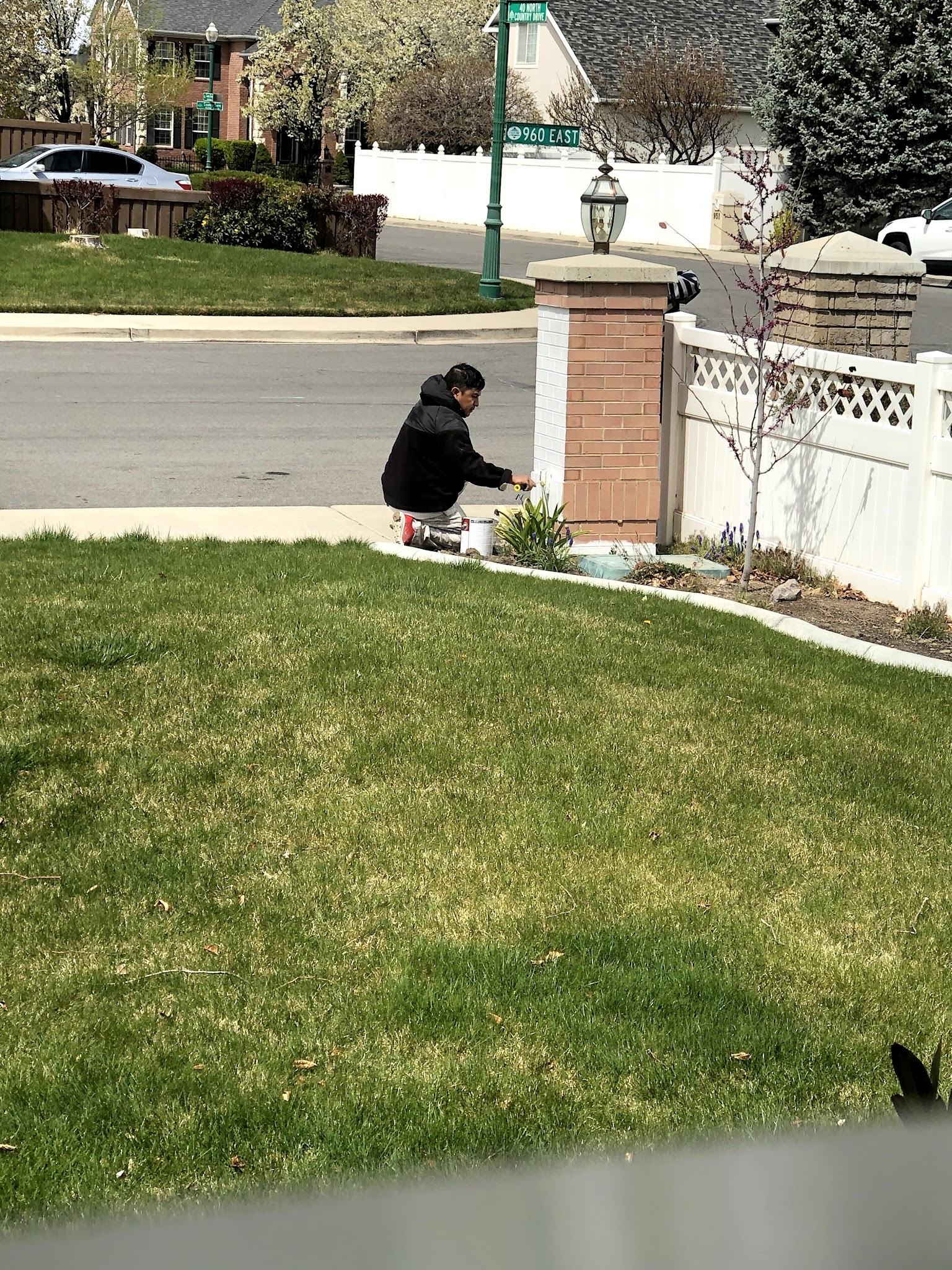 Now that the paint is done, our new blue door pictures will look like this! Here are the kids on the morning of the cougar crawl. 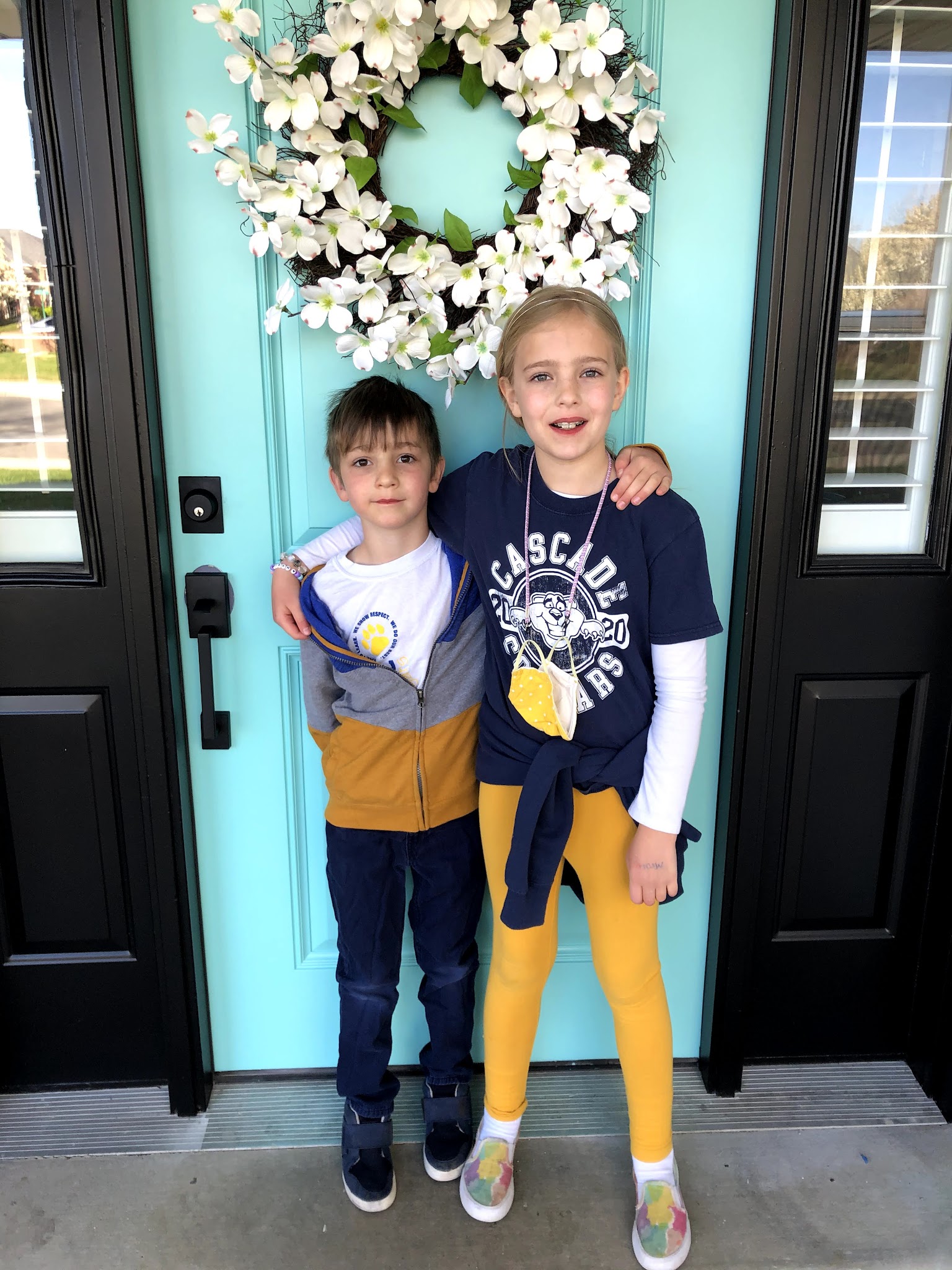 And a shot of me with the kids, with the house all done. 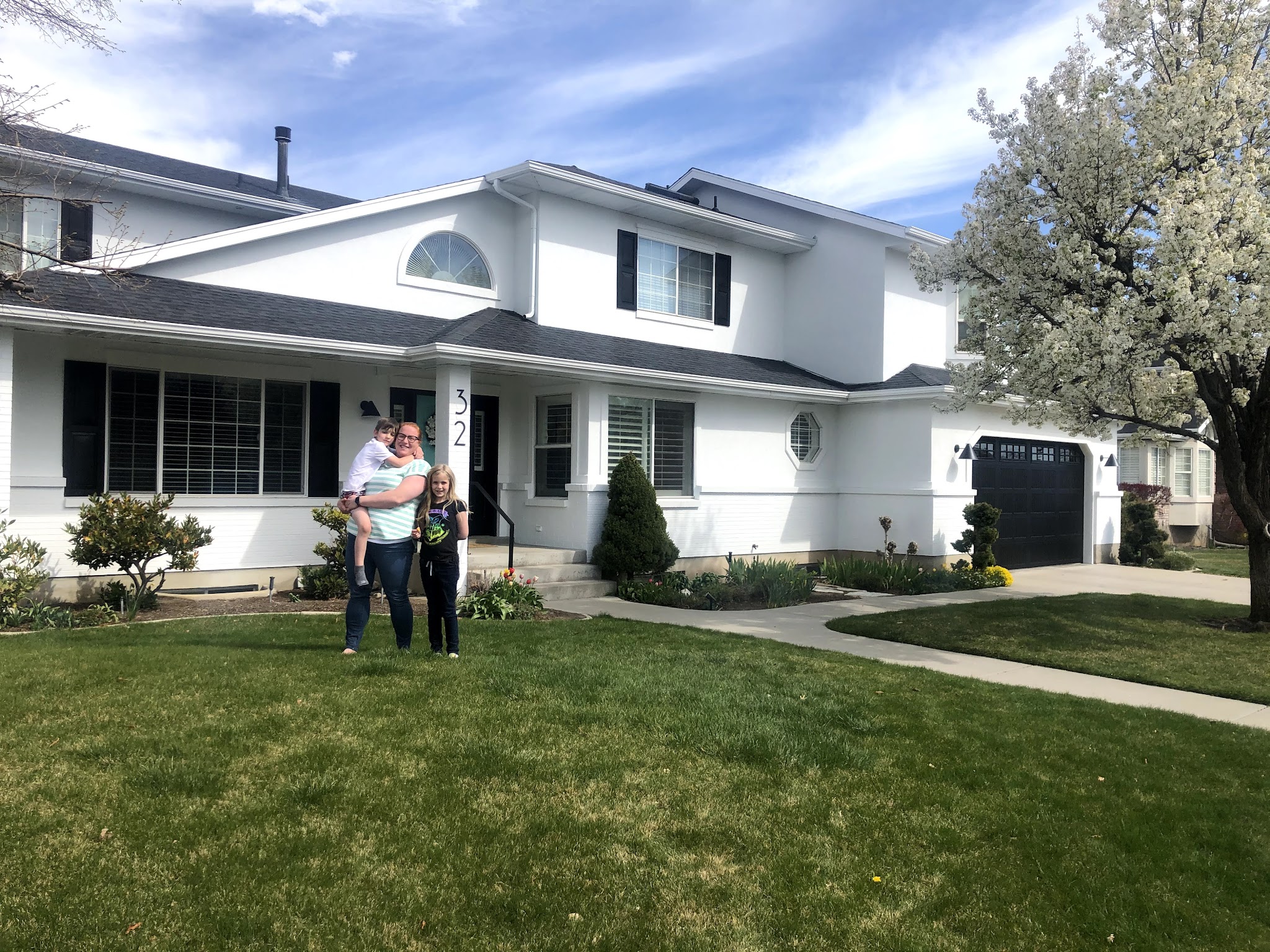 My favorite part. I seriously love it so much. 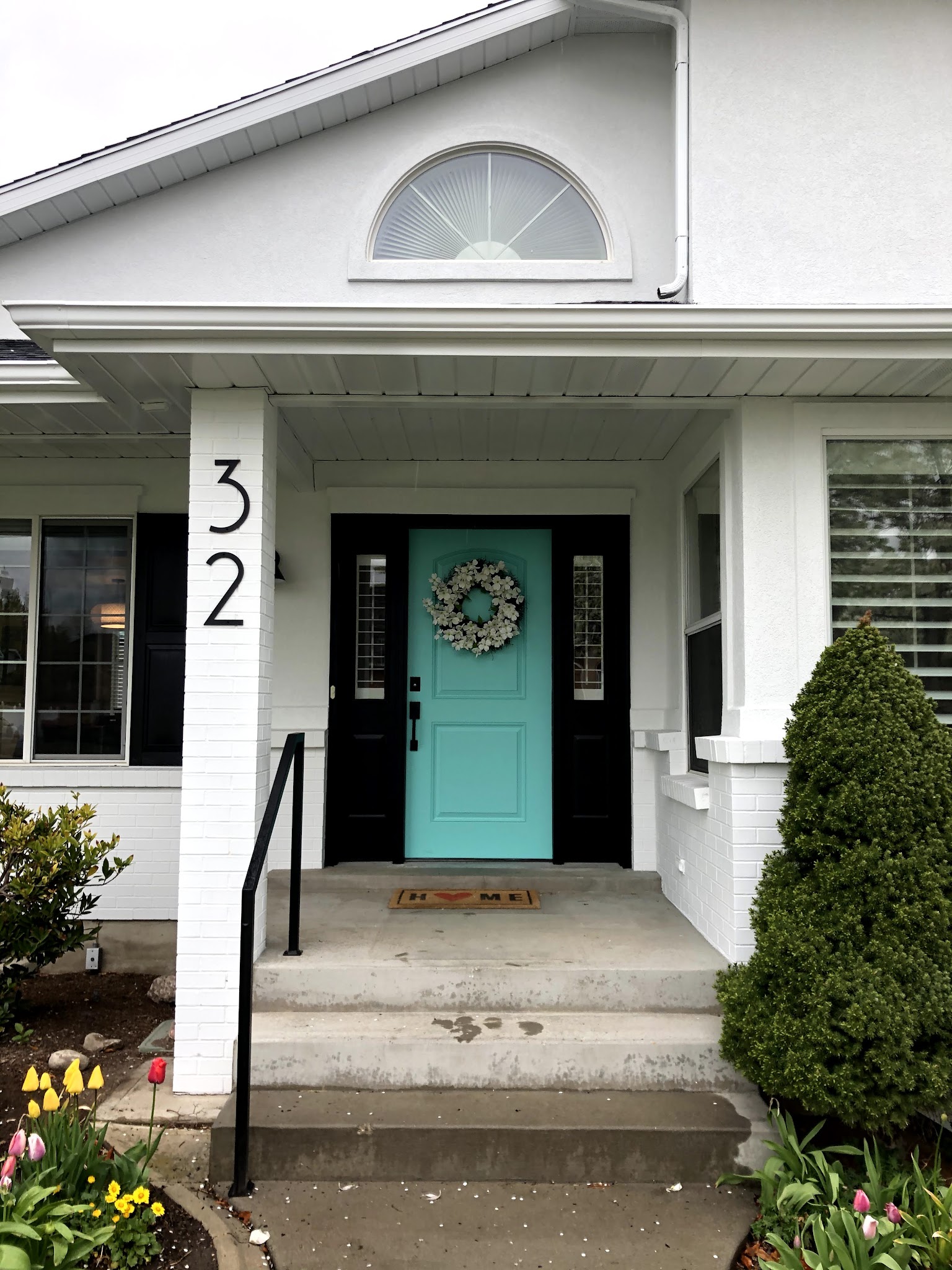