Eating out has been a go-to date night for Karl and me for some time now. It is nice not having to worry about getting food at the store and cleaning dishes, but we were wanting to do something new. We were at the store the other day, just poking around and found some wonton wrappers. I suggested that we do a potsticker date night and put Karl in charge of getting a recipe. We invited Brandon and Leah because, did you know, Leah LOVES potsitckers? 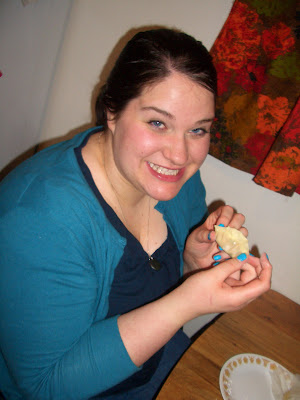 She recently told me that she was thinking of getting a Costco membership just so that she could have access to the frozen ones there. (Mom you did the right thing making all those potstickers for their wedding.) 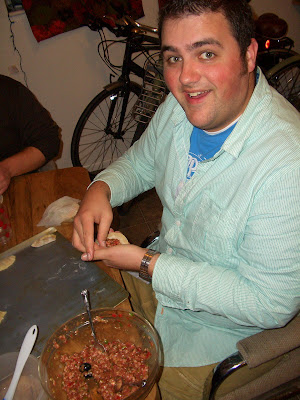 Karl found a recipe on FoodNetwork.com from Alton Brown, our trusted food aficionado. Pork, bell peppers, and a special way of cooking them. 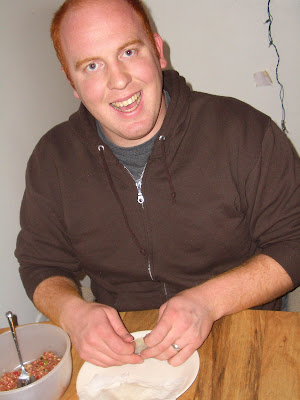 Branny was having a great time.
We all sat at the table folding up potstickers and in less than 30 minutes we were done. 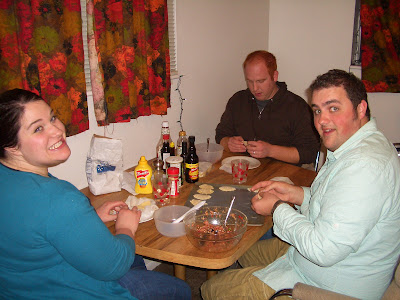 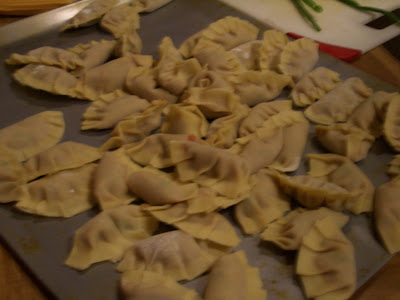 Half way through the project we realized that we had tons of extra wrappers so we decided to try out some cheese wontons. I found another Food Network filling recipe, and whipped it right up. here comes my double chin! 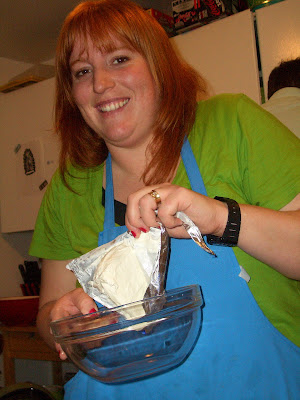 We folded them like at the Chinese restaurants we go to. 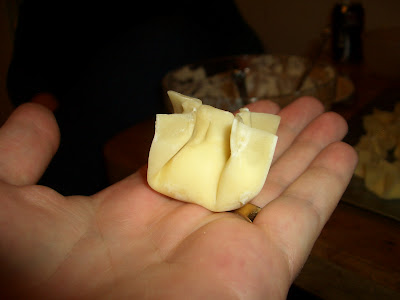 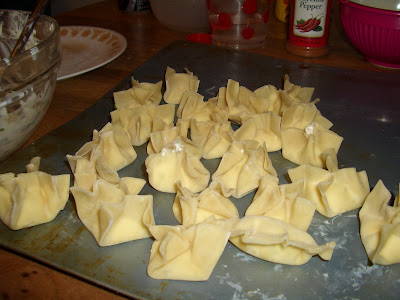 By the time we were done folding these Karl was all but done pan frying the potstickers. As they were done he would hand us each a few and we ate them in one bite! We made this really good dipping sauce with rice vinegar, sesame oil and soy sauce, it was delicious! 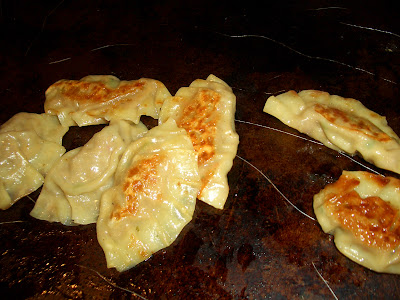 Leah wasn’t the only one who was in heaven.

We decided to deep fry the wontons, and in 10 minutes flat we were done. 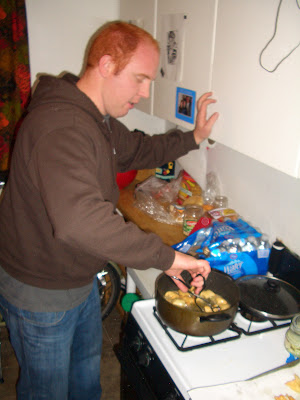 I put Branny in charge of the fryer, and he did a great job. 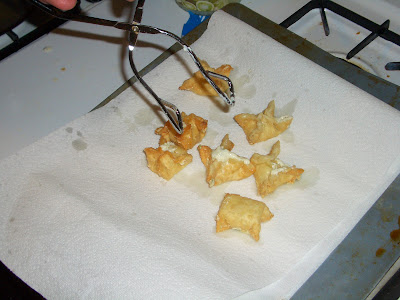 I think I especially liked these, if only we had some sweet and sour sauce…they turned out great even so. Branny wanted to make some extra special ones with cheddar cheese in them. He also stuffed a couple with Swiss spread…they were inedible. Really the only failure of the night. Love you Bans.