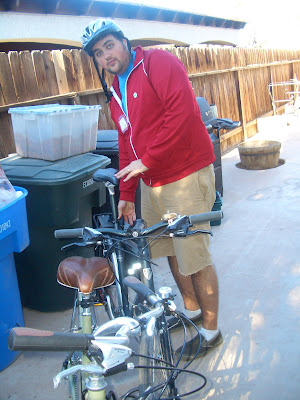 The day had finally arrived. We had dreamed of it. Riding our bikes in the Imperial Valley. We imagined that it was going to be really fast and amazing. Plus it was going to be the maiden voyage of my Allant. Yes the Trek Allant. It was mid morning by the time we got going. It was fun because we wore nothing but light sweaters. It was like summer again and we were loving it! 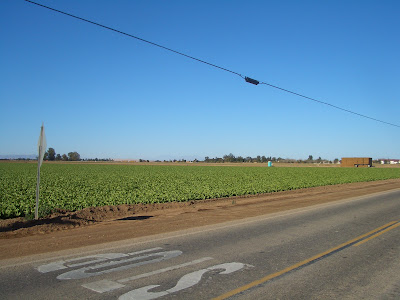 The intersection of Ross and Austin.
I hit a cat in my car once here. It was sad. BUT, it was really pretty that day. We were planning on taking Austin all the way to Imperial to Karl’s parent’s house. We were really excited about the ride because there were no hills. We thought, “hey this will be really fast and easy. The google map says 10.5 miles. We had done that distance before to and from, but never one way. The road was flat, as far a grade was concerned, otherwise it was terrible. The whole city of El Centro could stand a repaving. 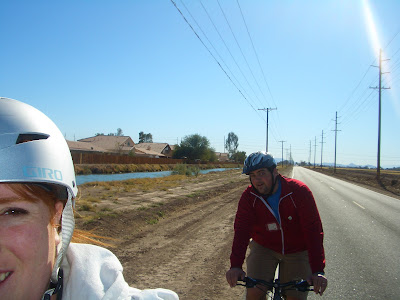 The ride was fun. We were about 5 miles in and I was getting really tired. It wasn’t the grade, it was the WIND! It was almost worse than ridding up hill. Worse than that was the cars. 70mph + on that road. It was like biking along an interstate. We decided to get off Austin and hit the neighborhoods of Imperial.

But wouldn’t you know it, we got lost, in Imperial. I couldn’t believe it! Not really lost, just turned around. We ended up on one side of the Imperial Airport. 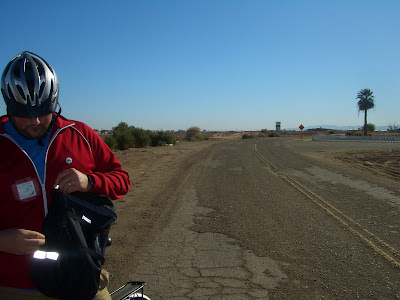 I took a picture of the road. 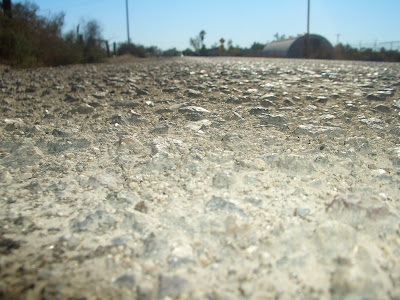 It was bad to say the least. 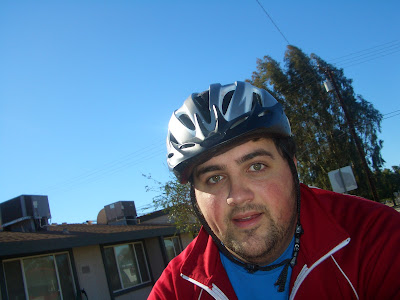 After some navigating we got back on course.
I like this picture for a couple of reasons. One, I look super hot in my gigantic silver helmet. Two, you can’t see it very well, but there is a Masonic Lodge on the 2nd floor of a circle K in the back ground. Oh, so ghetto. Third, this is me after riding almost 10 miles on my bike. Suck it nerds. 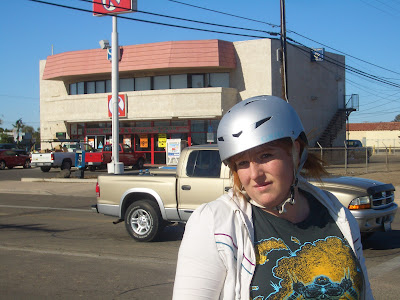 We were only a block or so away and were planning what we would do when we got the Hite house, when we both heard a quiet “bink” sound come from Karl’s bike. He instantly jumped off. He had heard that sound before. It was a spoke, drive side. We couldn’t believe it. Our riding in the Valley was over, just as it had begun. The fourth reason I like this picture is because it is what my face must had looked like when I realize the that sad fact.