One of my favorite parts of Christmas time is making treats for many of the lovely people we know. This year it was extra fun because we did it with Krysta and Zac. Krysta the angel baked all the cookies and made the frosting. I just made some of my mom’s Toffee. 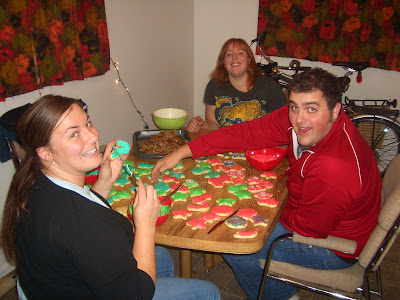 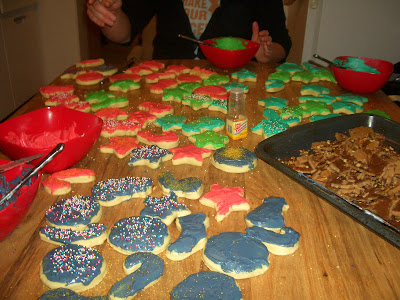 It was fine and dandy making all the stuff, but packaging it all up took just as long. 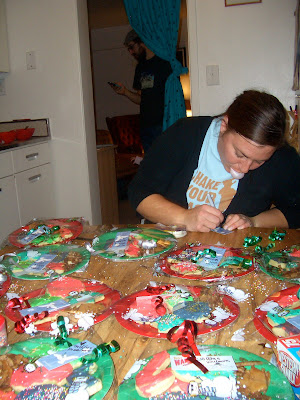 The boys were especially helpful. It took a little bit of convincing, but in the end they had smiles on their faces. 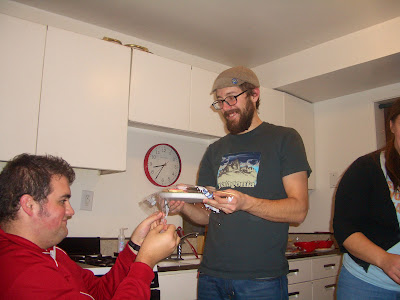 We put on dollar store Christmas hats and headed out. 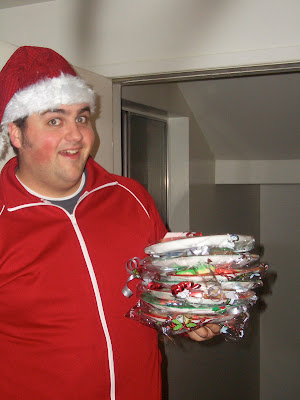 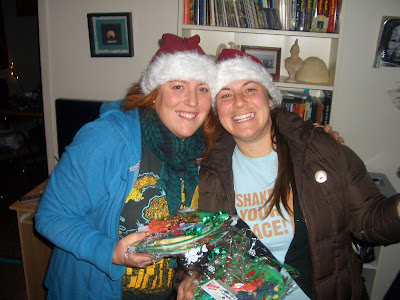 The night was cold and the roads were slippery, but it was really fun. 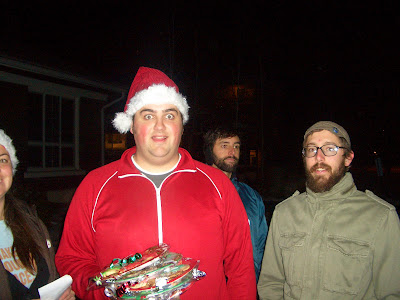 We had almost 15 stops in all, and at each door that opened was sang a fast and short version of “We Wish You a Merry Christmas.” It was mostly Krysta and me, but we were laughing all the way.