So I grew up in a home where we didn’t openly speak about politics.
I remember as a kids asking my dad who he voted for and he told me it was rude to ask.
I think it was my dad’s way of trying to get me to think for myself, still, for some reason I feel like I need to apologize, or something but we live in a time of great unrest, and nothing seems easy or black and white anymore. I am not a republican, I am not a democrat, maybe I am a libertarian.
I took a survey, who I side with:
https://www.isidewith.com/elections/2016-presidential-quiz
These were my results: 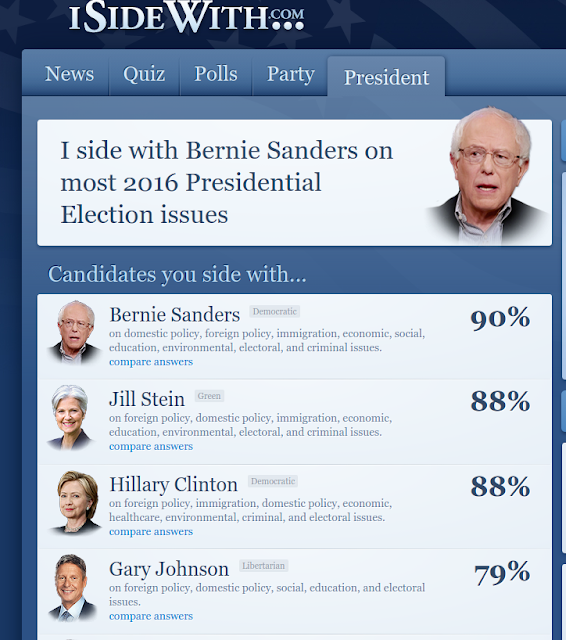 My lowest, was Trump. Gerrrr trump. 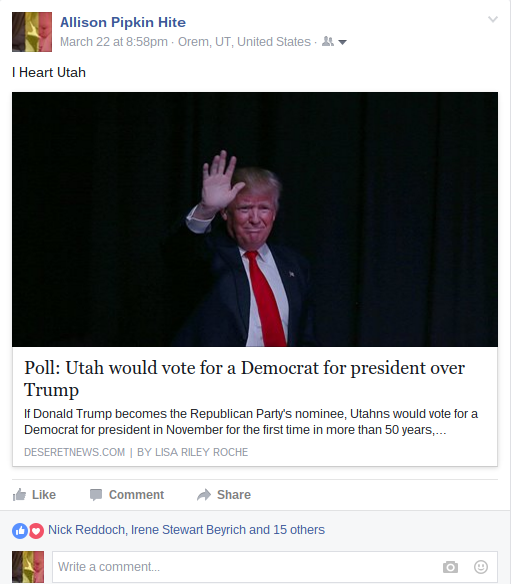 A link to the article:
http://www.deseretnews.com/article/865650513/Poll-Utah-would-vote-for-a-Democrat-for-president-over-Trump.html


So we went to the democratic caucus. 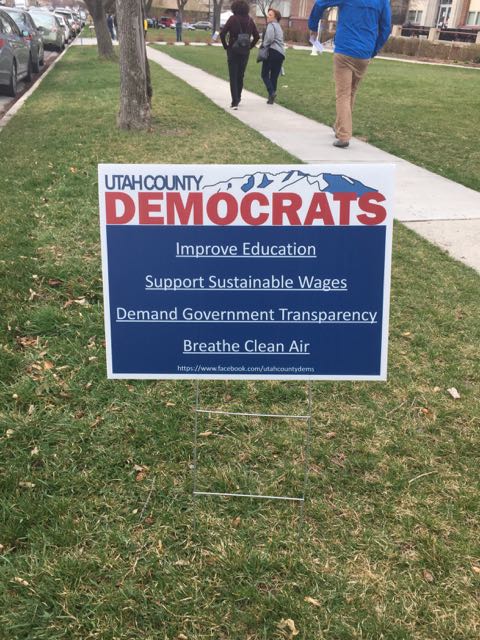 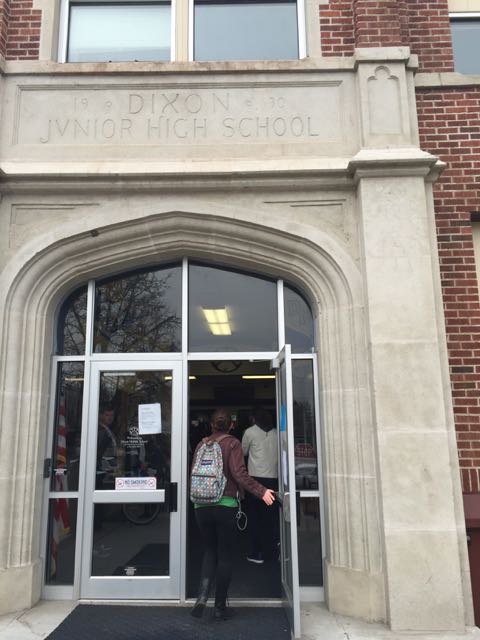 It was a MAD house in there. 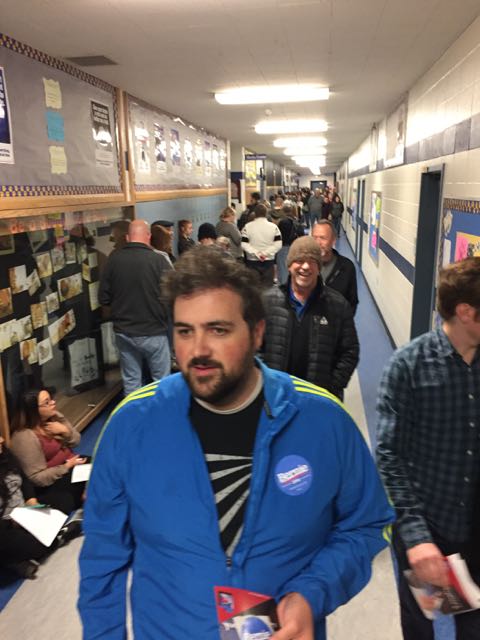 We met up with Belle. 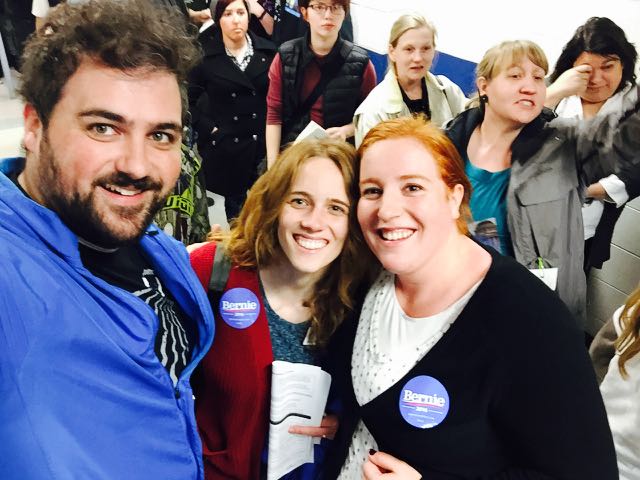 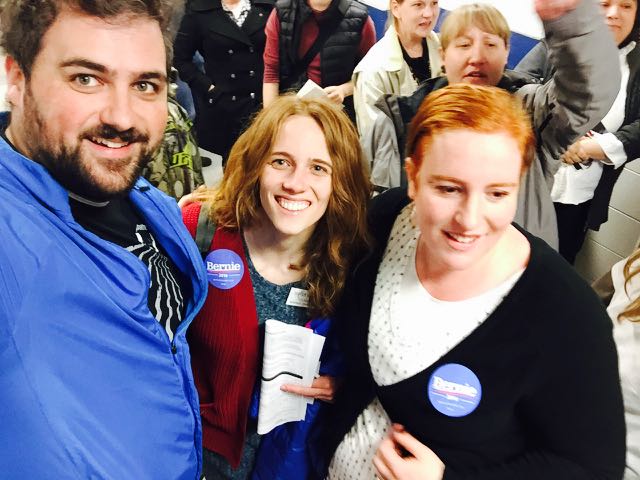 It was stuffy and crowded and the smell…
Still the people were all nice. They were a bunch of “dirty” hippies, but some of the nicest people in the world to stand in line among. 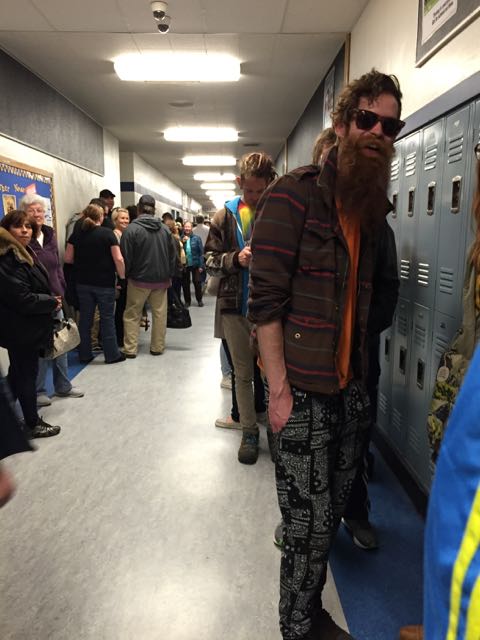 The best part about being in line were the photo updates that Krysta was sending me with Lucas: 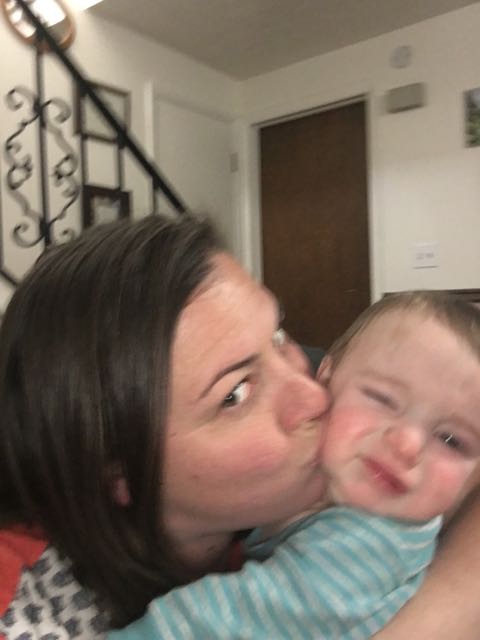 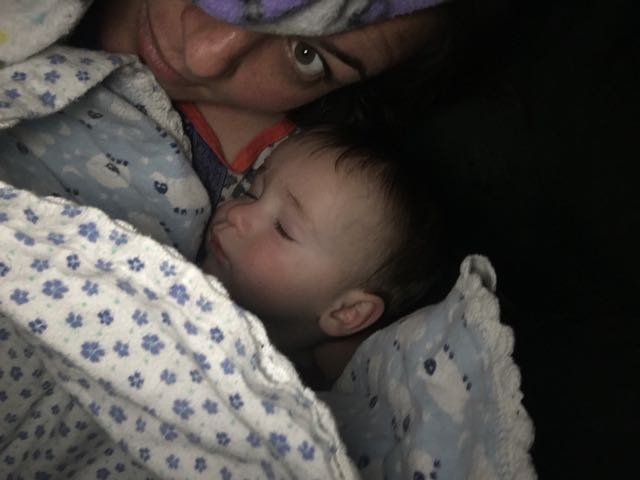 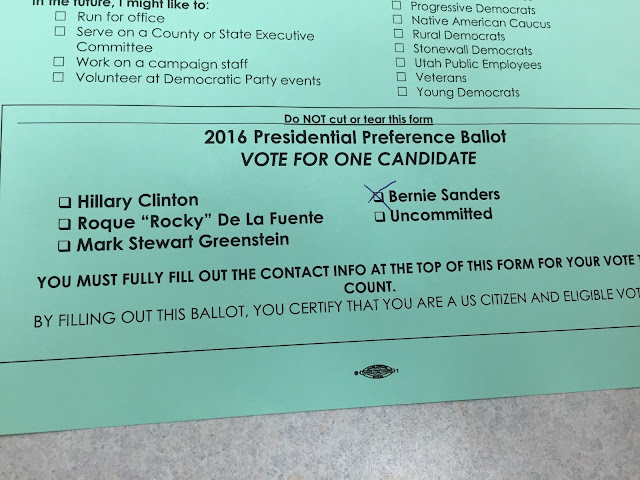 This was the girl I cast my ballot to: 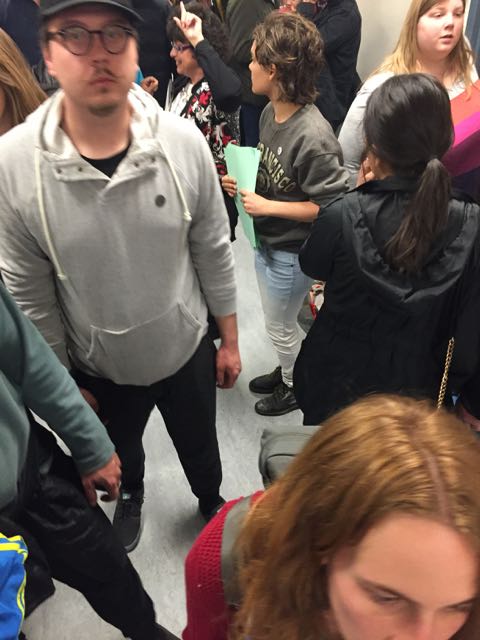 When we got outside, the line was around the block! 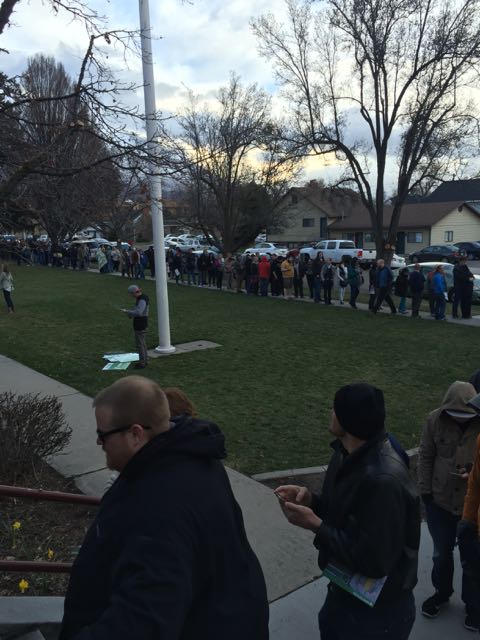 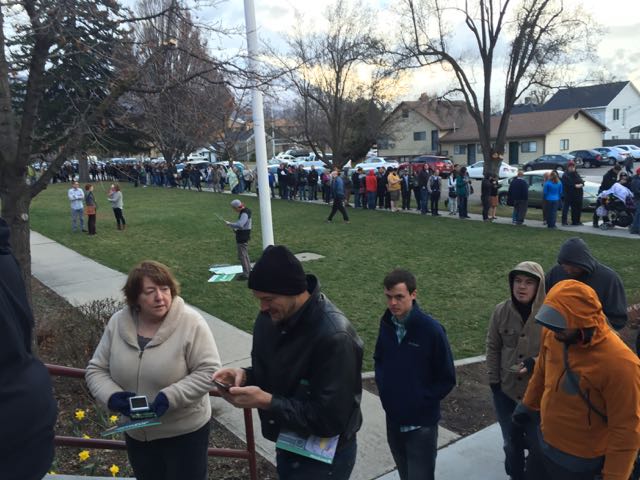 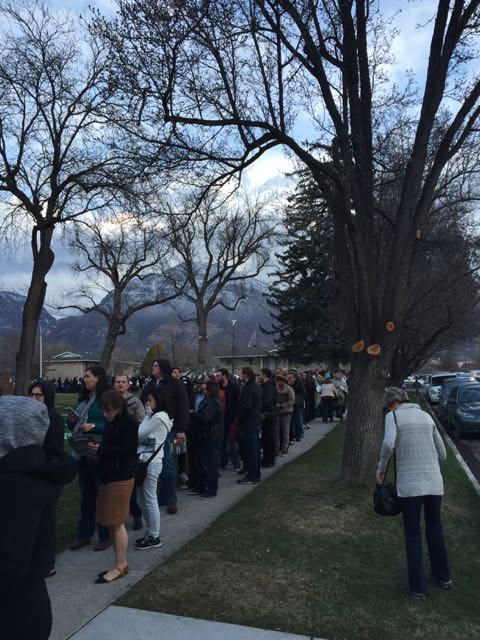 Got home, I was sweaty and sleepy. 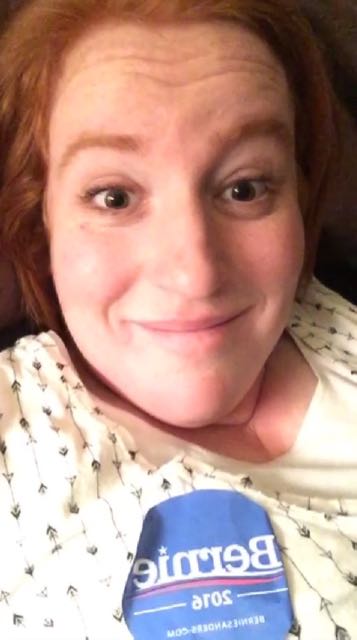 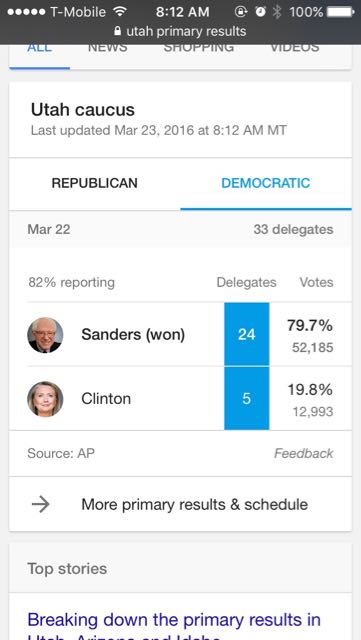