As is our custom, on the Monday before Halloween we carve pumpkins! We had Grandma and Grandpa over to join in on our tradition. We had a dinner of chicken tacos, then a family home evening.

Grandma and Grandpa had the assignments of sharing the “family history moment.” I asked them to tell us stories about Halloween from when they were kids.

Mom told us about costumes when she was a kid. She explained that it was less of a thing for her family to dress up in fancy elaborate costumes. The costumes you got at the store were cheep masks and plastic sheets. She told us all about a costume her mother had made for her when she was a kid. She just took two sheets and cut eyes and mouths out of a sheet for both my mom and her sister Jacqui.

Here is a picture of that Halloween: Mom is the taller one. CREEPY!

Dad told us all about how when he was a kid, no one was every watching them. For him it was a “howl.” A night to go out and make mischief. They wouldn’t dress up. “Maybe some jeans with a t-shirt with blood on it or something.” He seemed hesitant at first to share the kinds of pranks he pulled. Then he told us they would fill bottles with vinegar and put paper towels with baking soda in then that they would aim at cars. The would shake it, and the bottles would rocket at the cars. Then sometime he and his friends would present to stab one another and leave each other in the street to scare unsuspecting people. Good times.

After home evening we carved pumpkins. 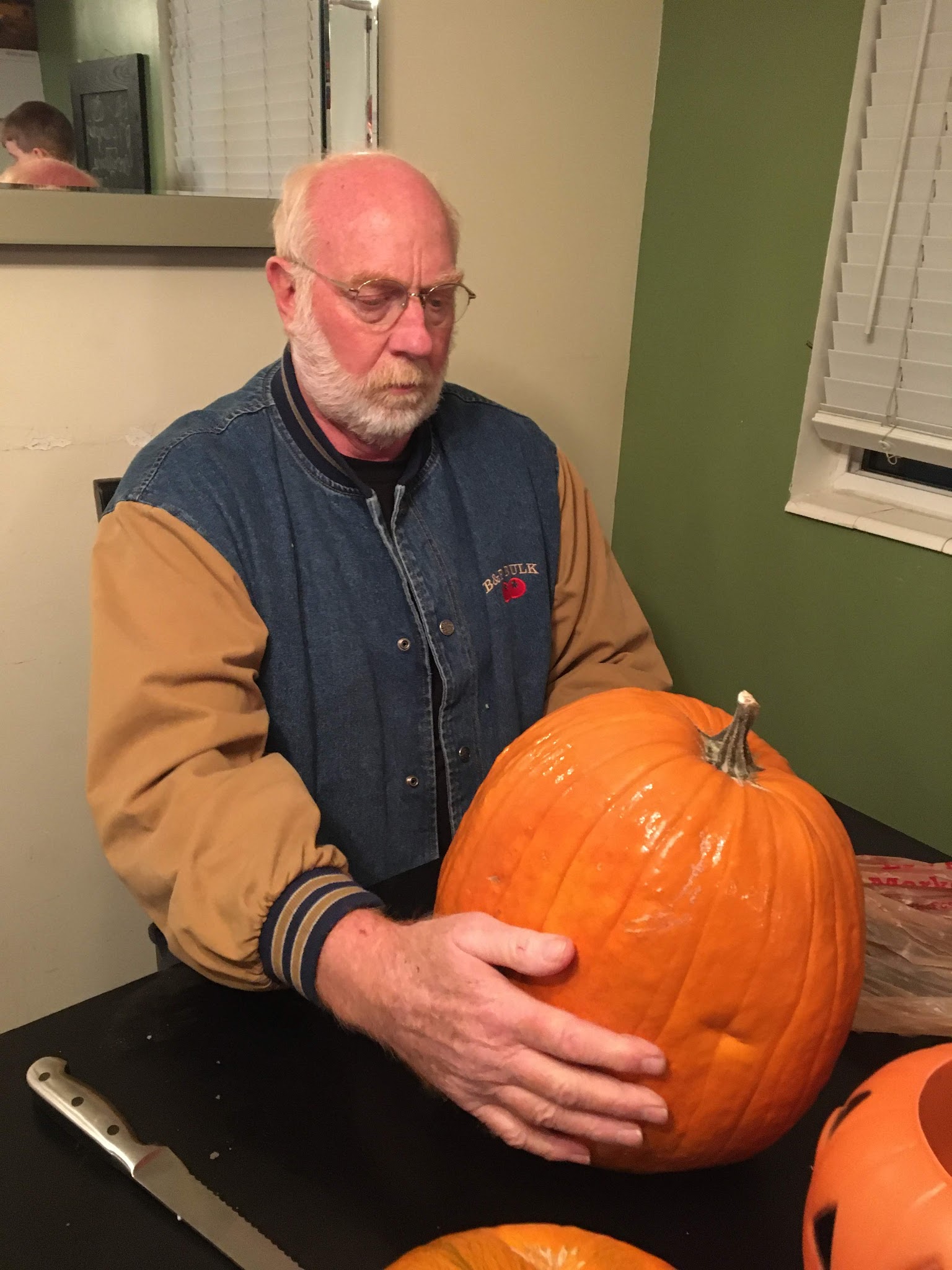 Karl is so great. He helped both kids. 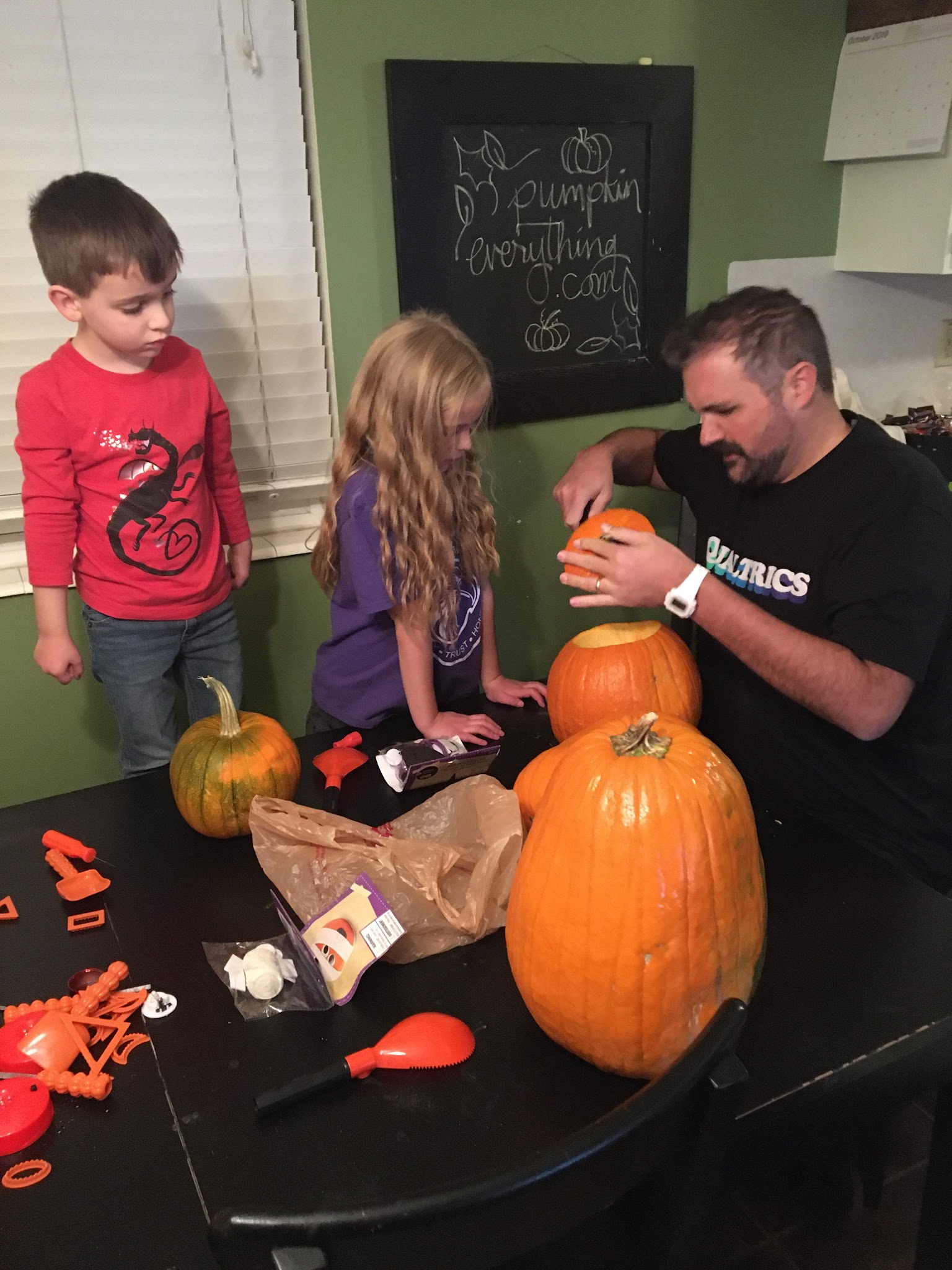 Dad at the end carving his own. 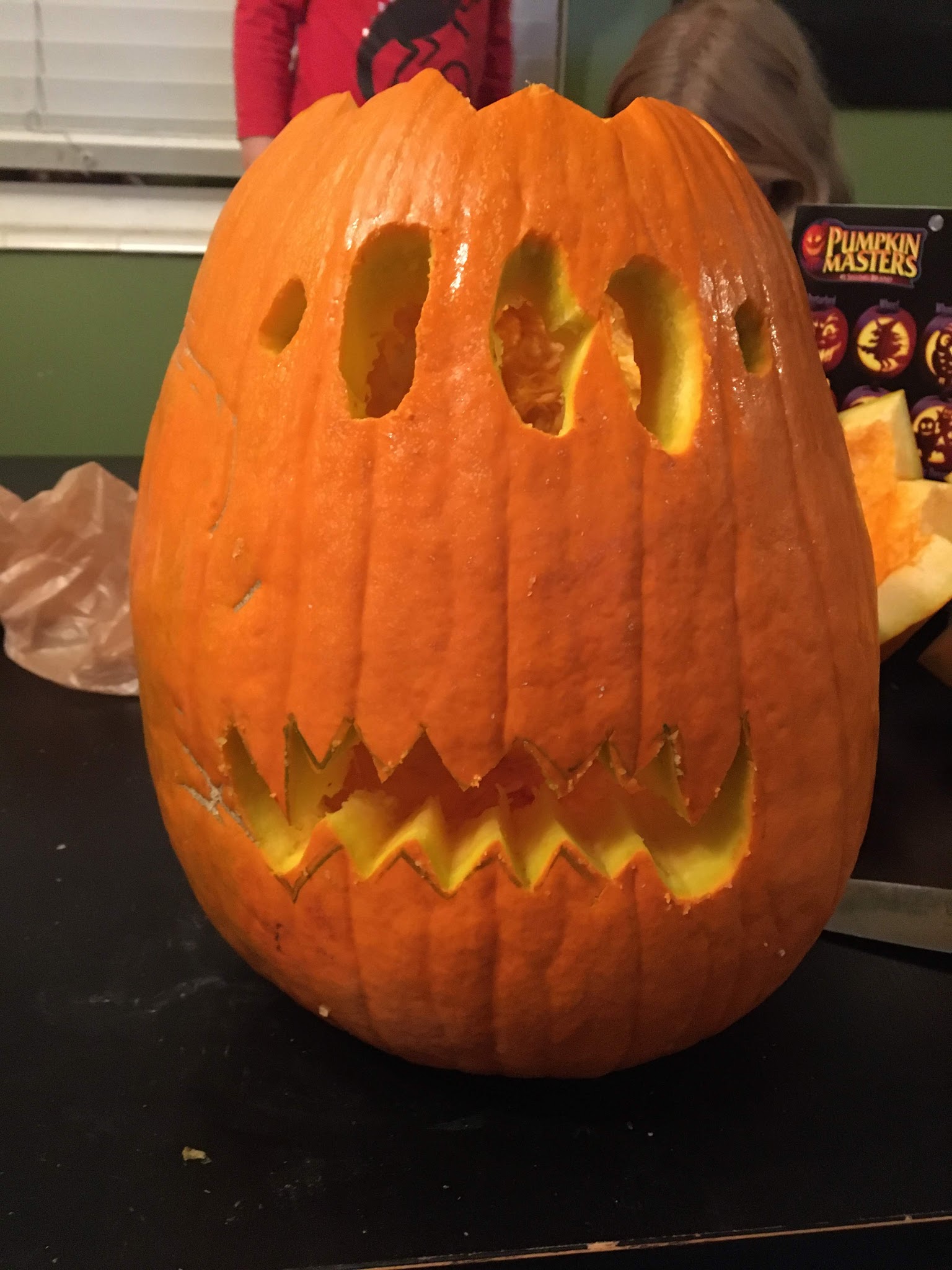 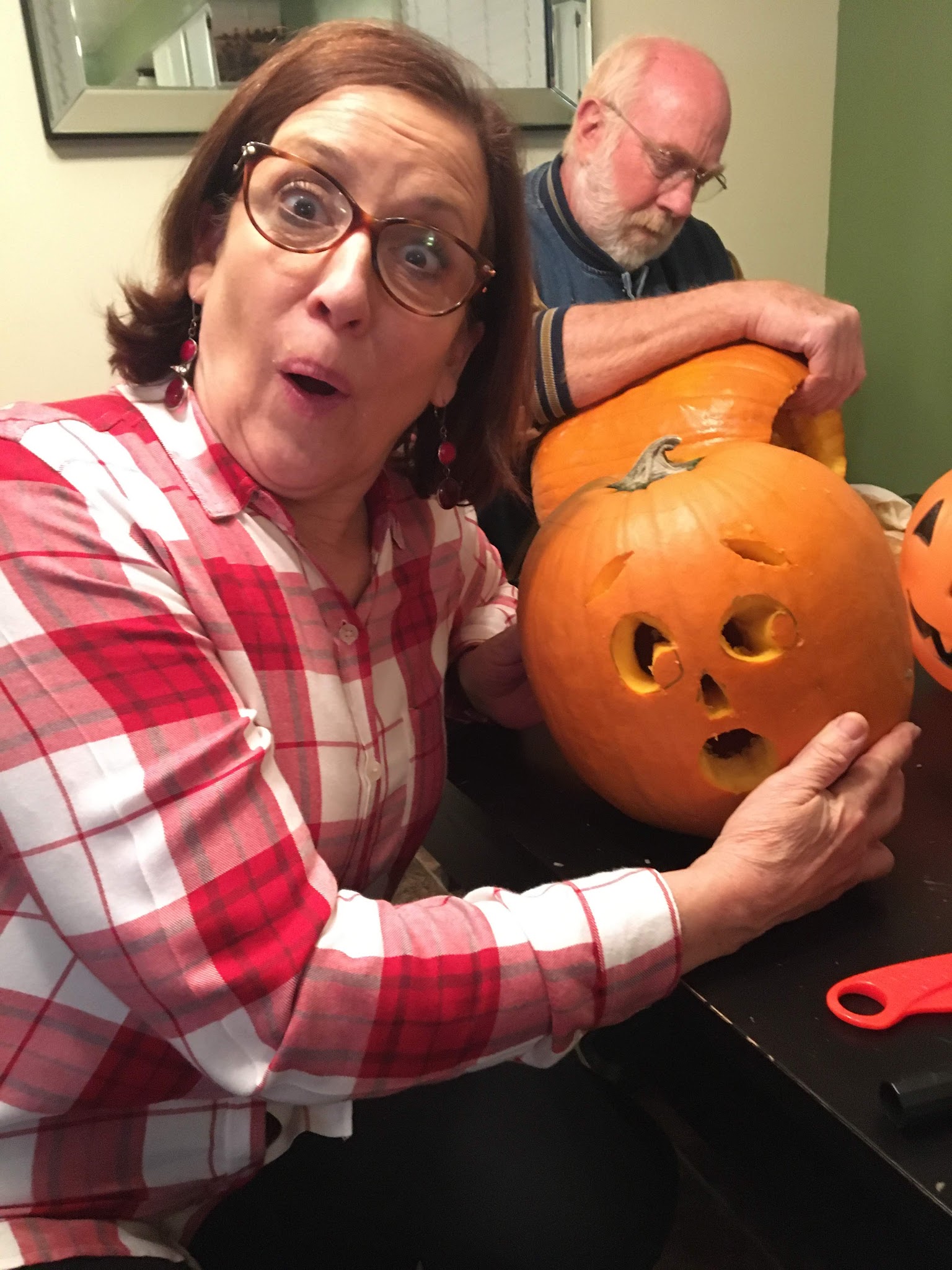 Out on the porch: 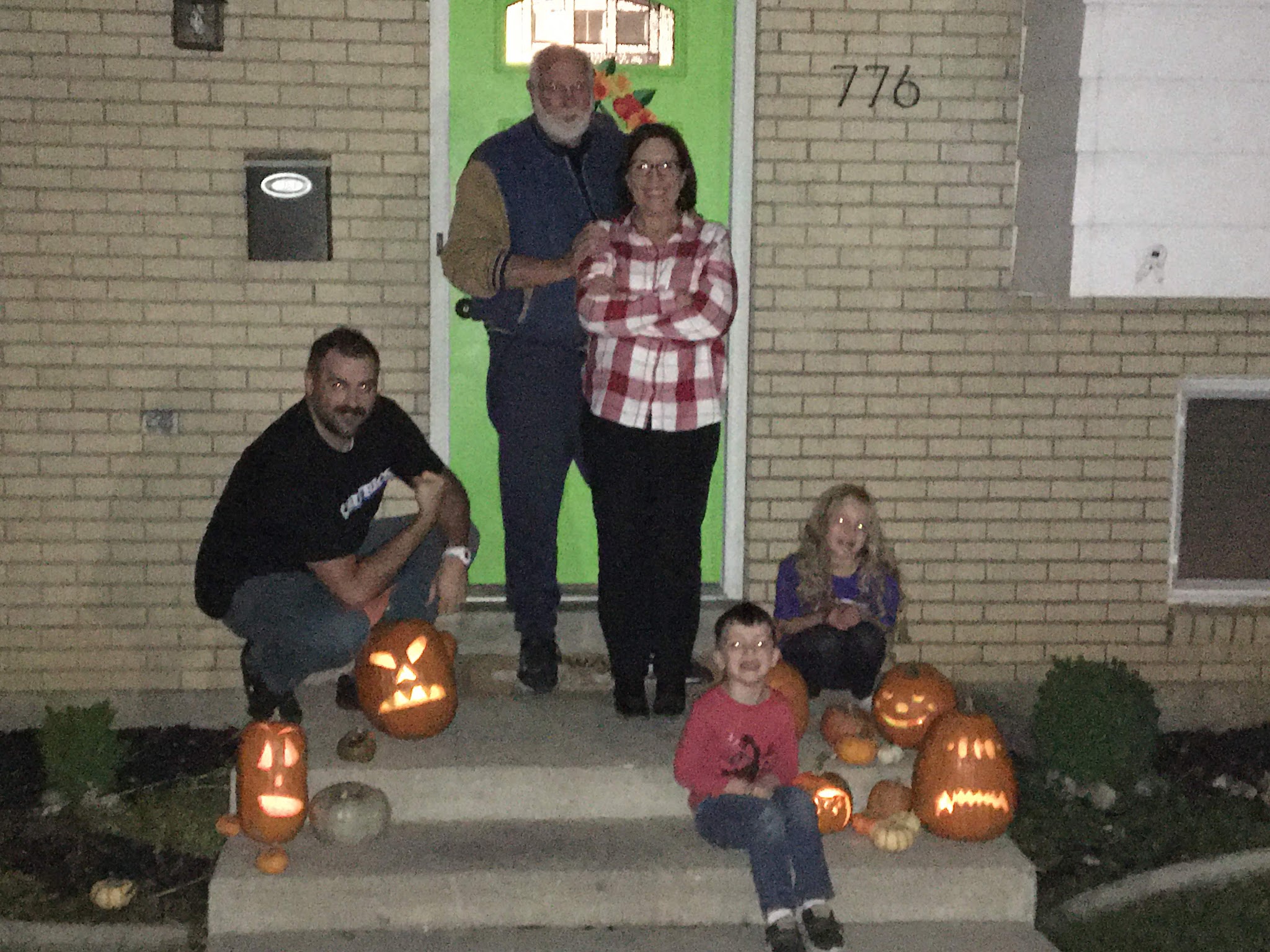 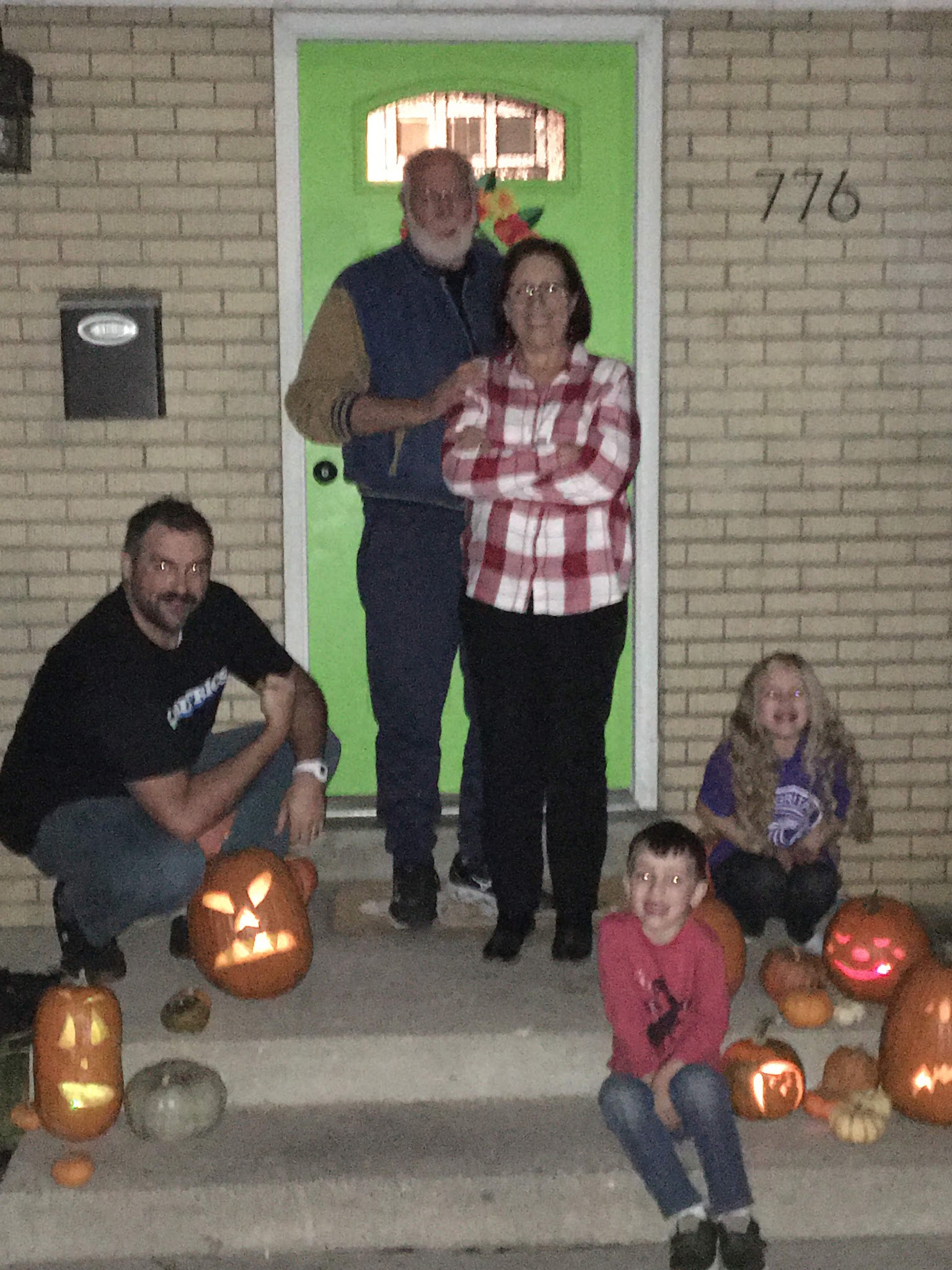 Back inside, we took pictures with our pumpkins.