So during the day on Chelsea’s birthday, she went to hang out with her friend Jordan. While she was away, we napped, and then went to Provo’s city center.
Santa was there! And Mirah had a letter with her lists of requests for him. 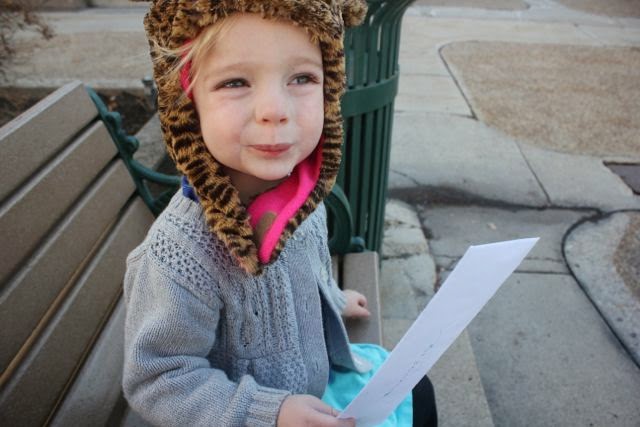 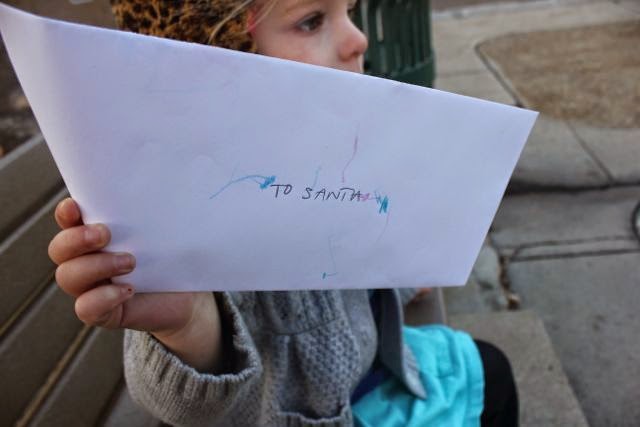 Betsy and the boys met up with us with their own letters.
The letters as they dictated them to Betsy. 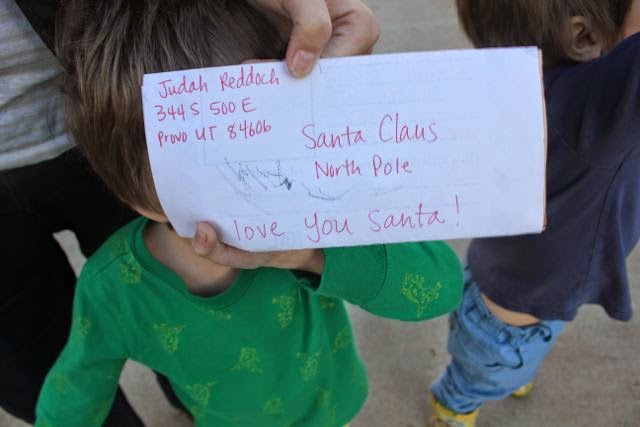 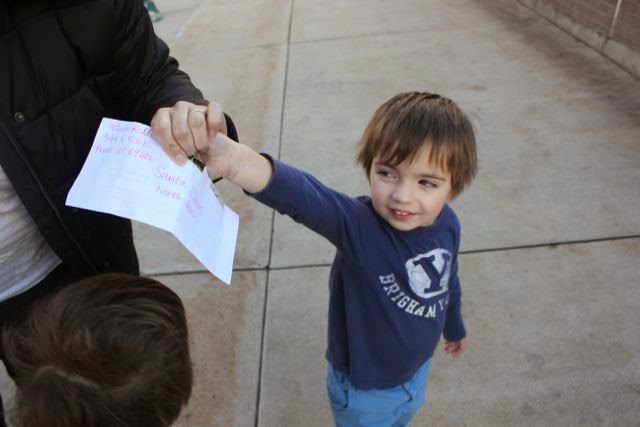 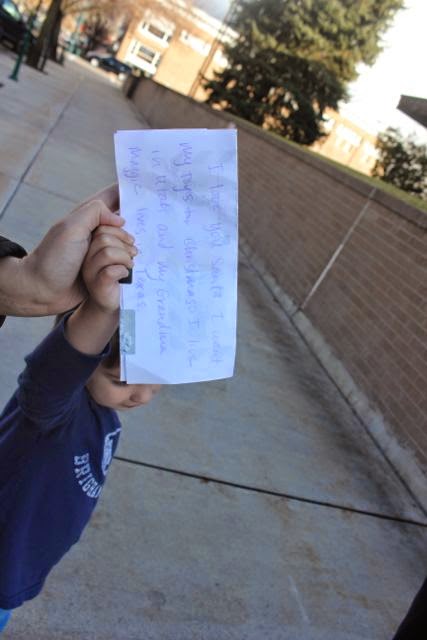 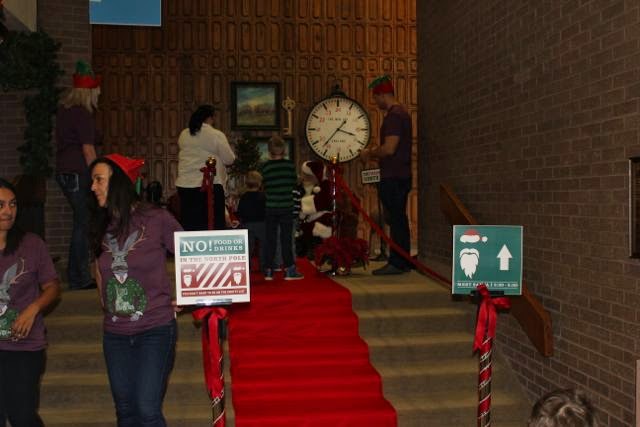 There was not a line, just a few kids with Santa. 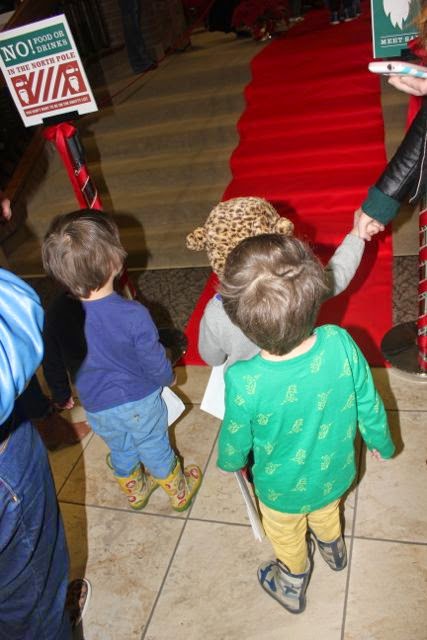 Chelsea arrived, anxious to bask in the cute that was about to happen. 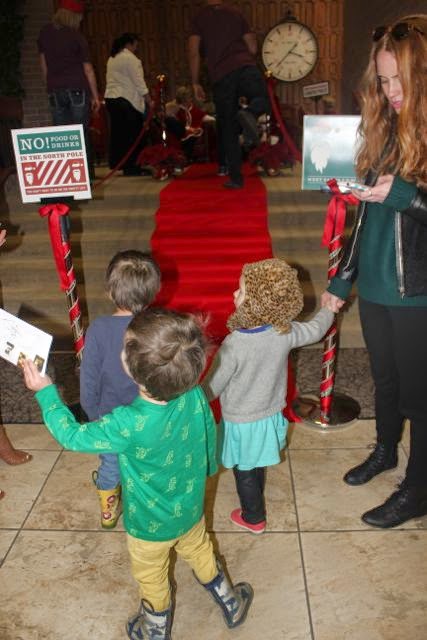 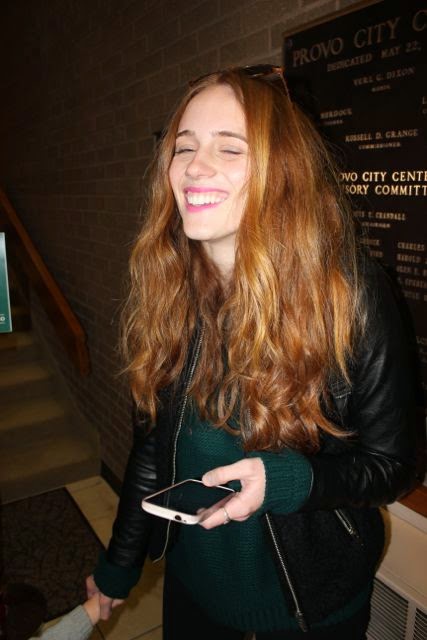 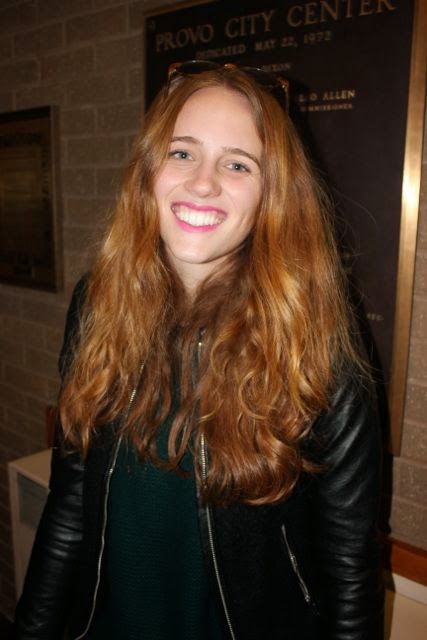 The kids delivered their letters. 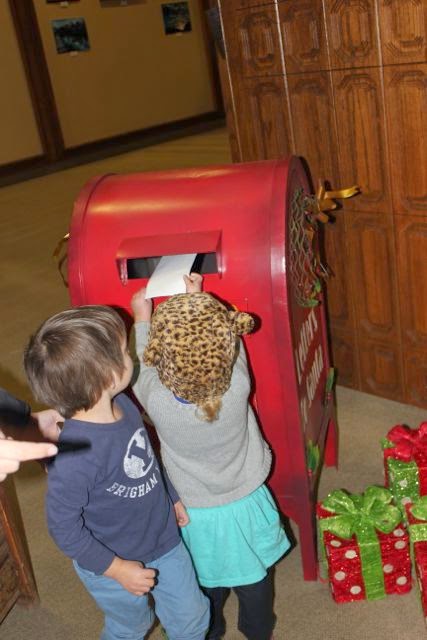 The they each took a turn telling Santa what they wanted for Christmas. 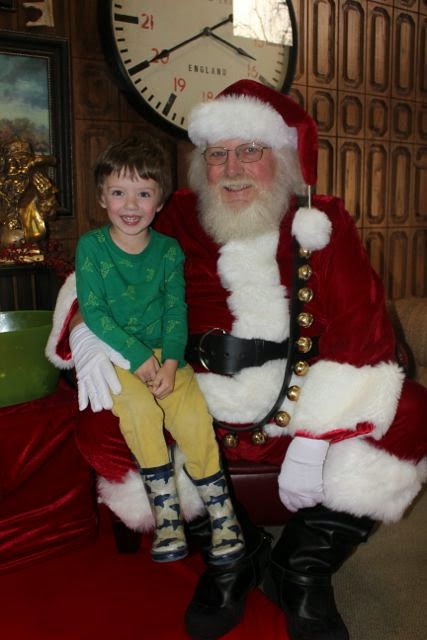 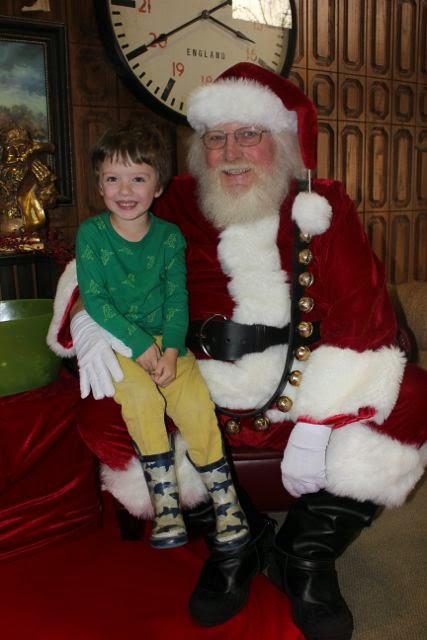 Mirah hopped up onto Santa and wasted no time telling him all the things on her Christmas list.
1. An Elsa Dress
2. A Tea Pot
3. A Wagon
4. An Anna Dress 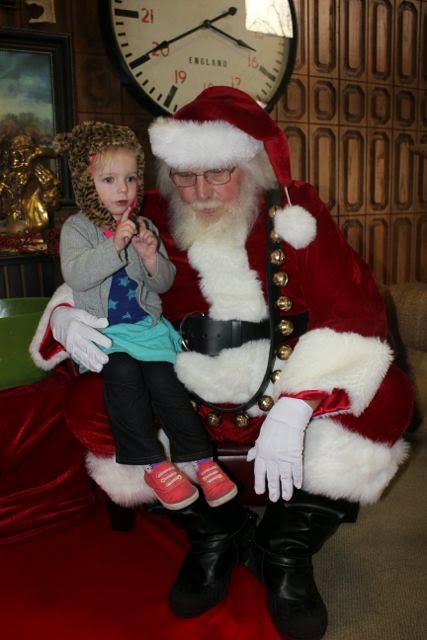 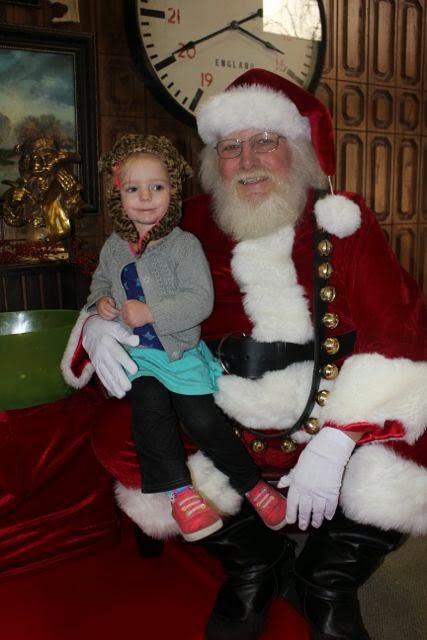 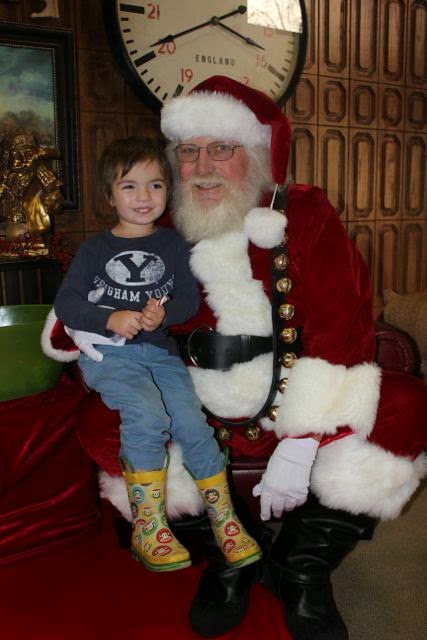 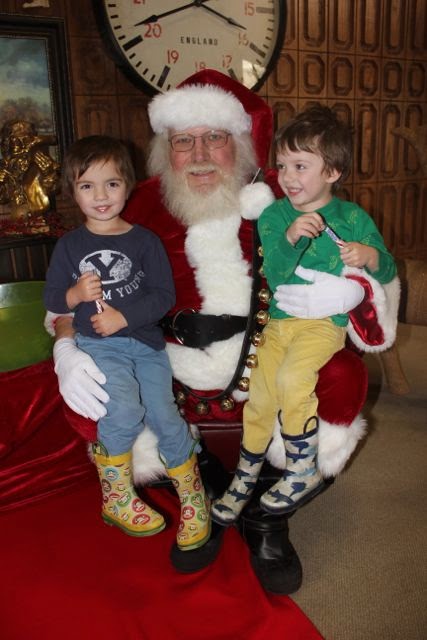 We thanked Santa, said our goodbyes, and got a treat! 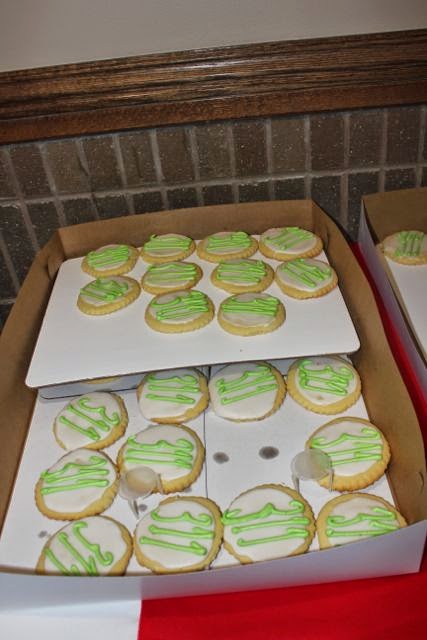 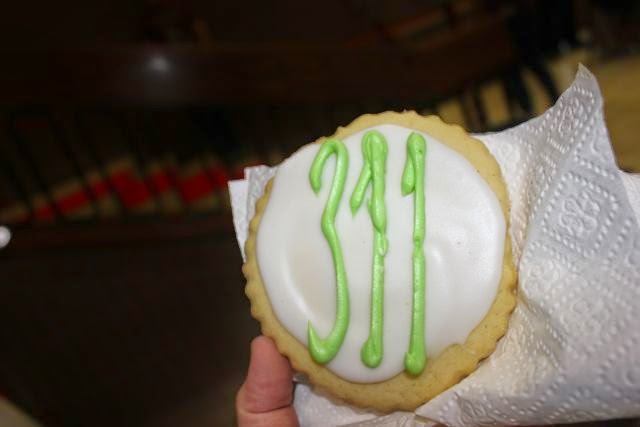 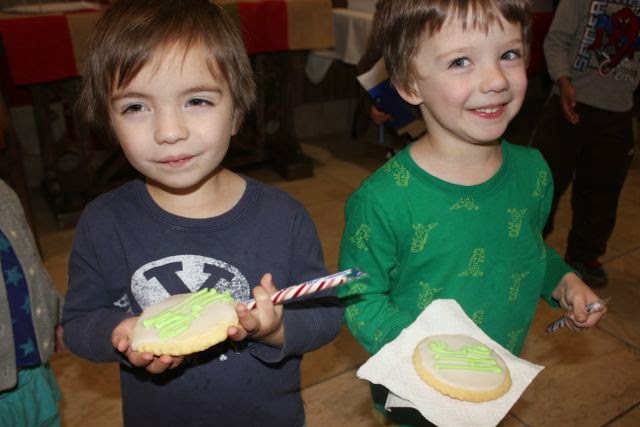 “Please mom, can I have some more?” 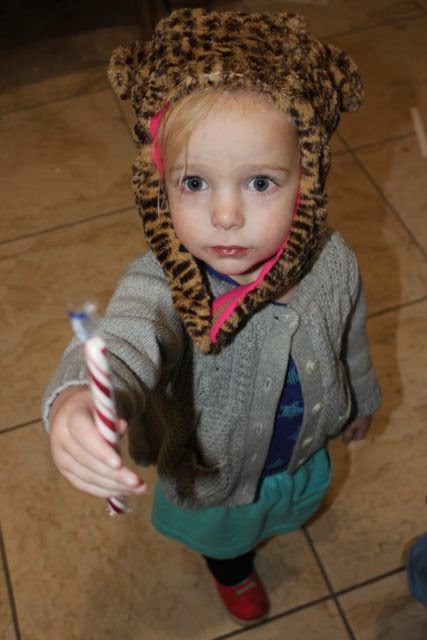 Outside again, Asher had candy cane all over his face, and was not being cooperative about being photographed. 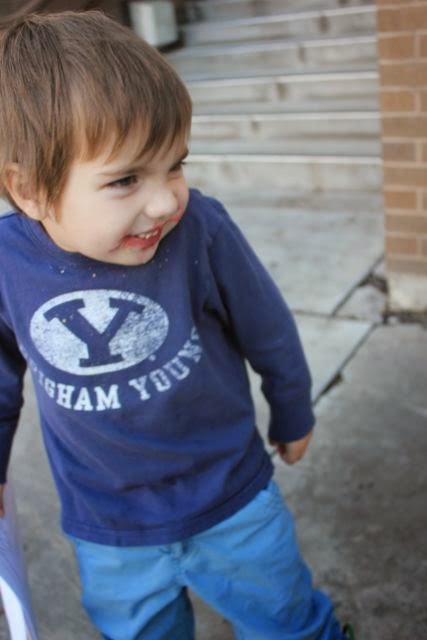 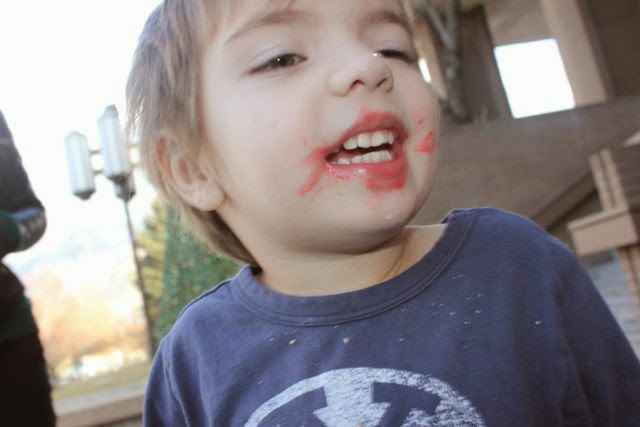 The kids ran around. 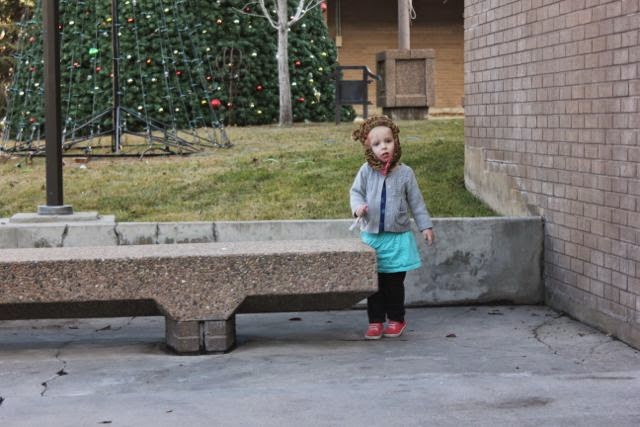 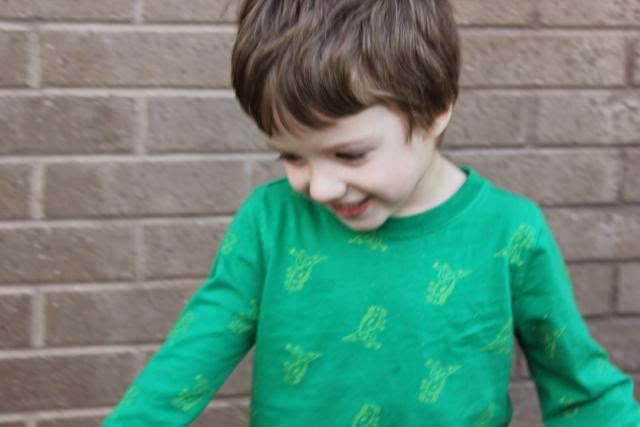 Then we all said goodbye and headed home.

(By the next Tuesday, a return letter arrived from Santa. Wishing us a very Merry Christmas.)