It was a boring quiet Friday night. Mom and Dad had gone up to be with Cameron and Kelly, and we were having a chill night at home, trying to get the kids out the door to get some food out somewhere. The kids were in the downstairs spinning around, and Lucas was a foot from me, and less from Karl. He fell with some force againtsst the corner of the ottoman. He began to cry and then, his tears turned red with blood. Looking closer at it, it was pretty bad and clear that he would probably need stitches.

It was early enough in the evening that the insta care was still open.

So one tear filled sad car ride later we were there .

It was a quiet night, and with a piece of candy in his hand, he was calming down a bit. BUT the problem was, it was so near his sweet little eye, and he was so sad, and squirmy, they sent us to the ER, to get him stitched since he would need to be sedated to be stitched.

Back in the car, Lucas was still sad, but getting more swollen. Mirah was getting worried, like it was her fault that he fell. We assured her it was not, at then made arrangments with our friends in the neighborhood to take her while we took Lucas to the emergency room.

Poor Luke. He was getting tired. They gave him some pain meds and he started to zone out.

Karl took this one. 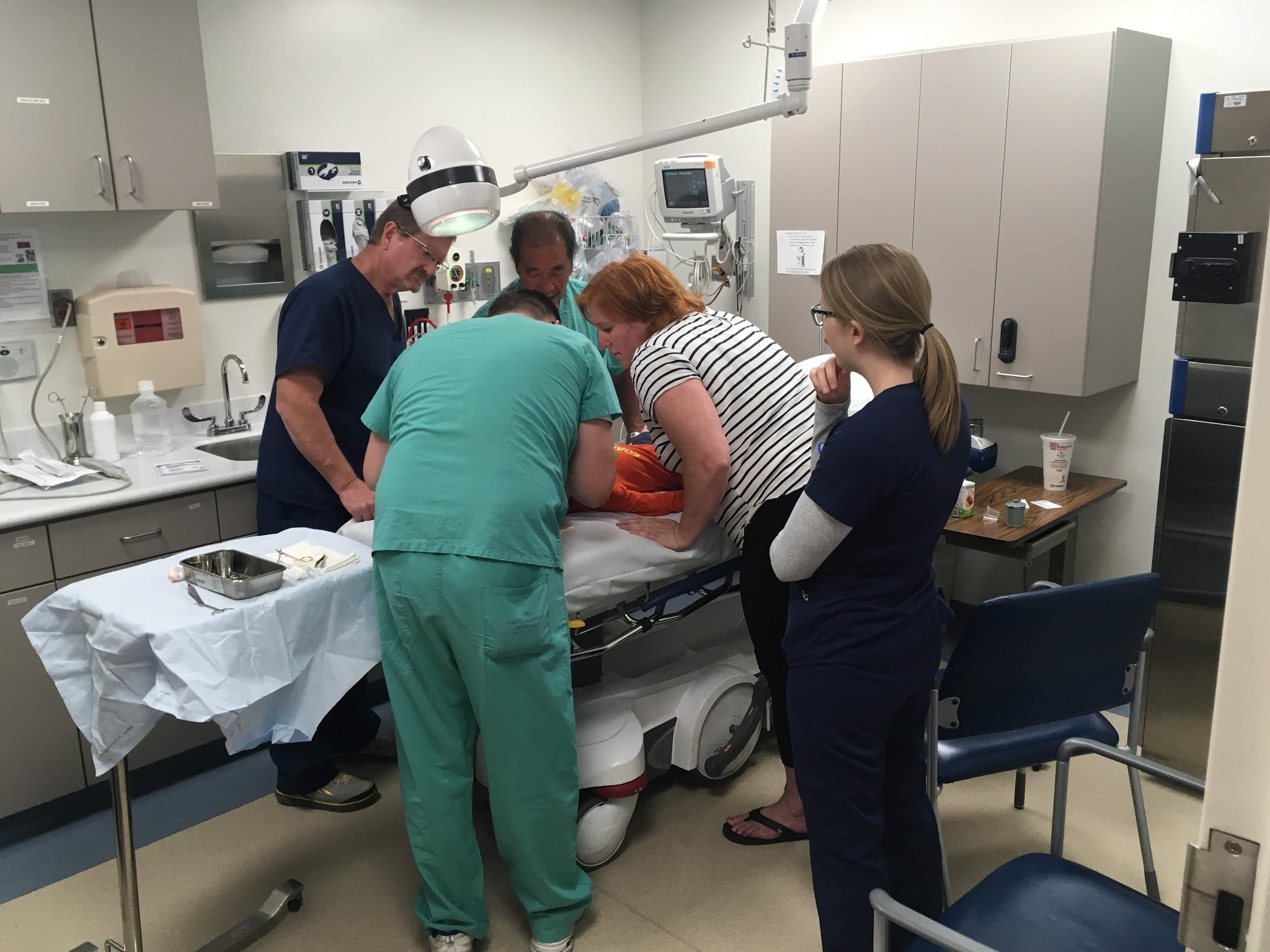 They really got in there, and sewed it all up.

It took longer for him to come out of the meds than it took to stitch him up.

But eventually, he started to wake up, and he was hungry. 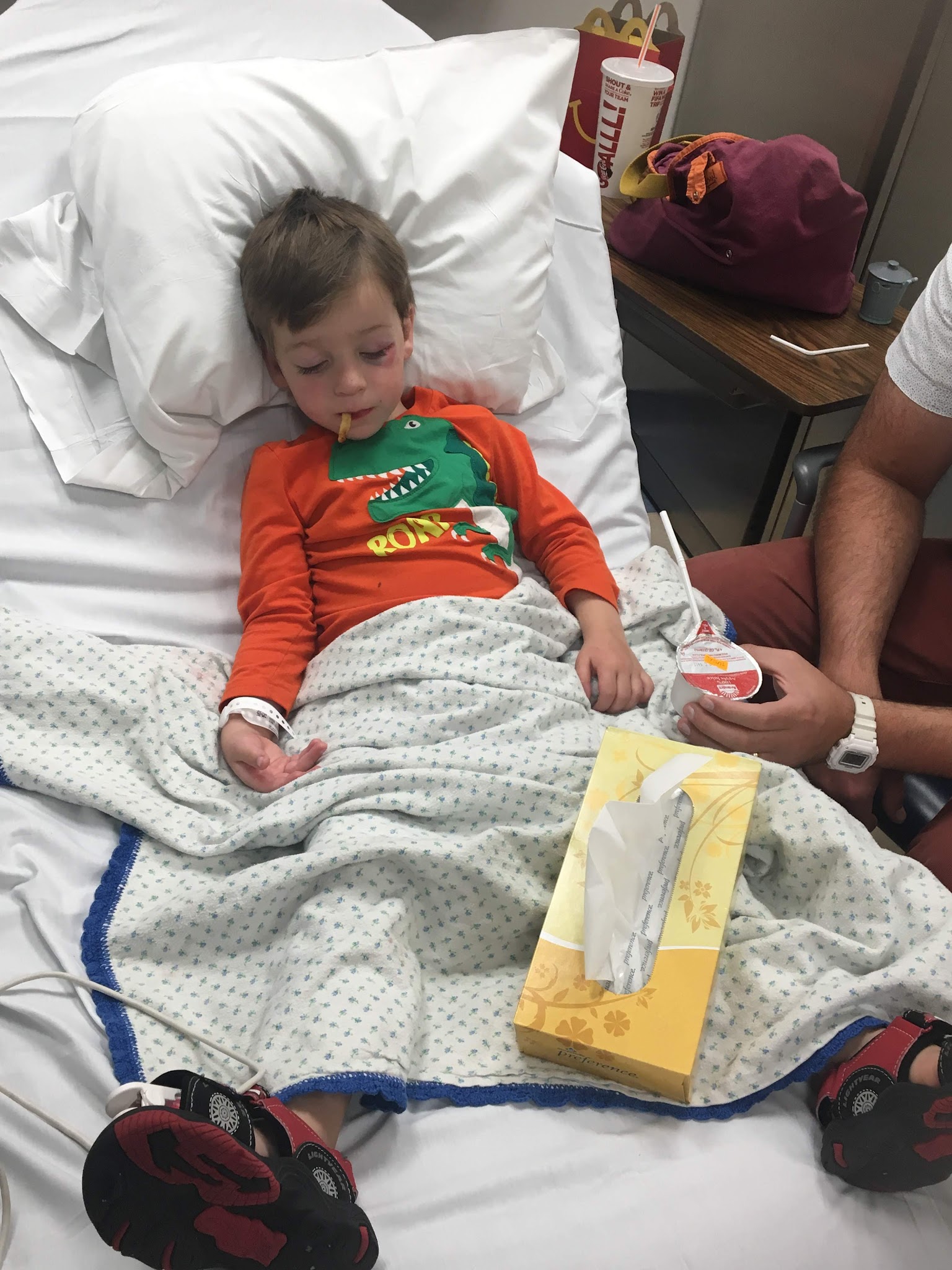 Mom and Dad arrived and gave us some support as Lucas started coming out of it.

Soon enough we were check out and back in the car.

I was up all night worrying about him. He was fine.