After 6 months of planning, collecting pins, getting excited, making reservations, driving all this way, we were finally here!! Since we were guests at the hotel, we had a “magical morning” at Disneyland California Adventure. And one of the MAIN reasons we wanted to go to Disneyland at all? Lucas’s love of all things Disney’s Cars. And with the recent (7 years ago) opening of Cars Land, and with the worry that he will soon loose interest, it was time to got to check it out. So you can guess where were RAN straight towards:

And look who was there!!! Lightning McQueen!!

Dreams do come true. Lucas was in shock and awe.

I was so busy taking pictures and giving my camera to the photo person, I didn’t get a video which Lucas has been asking to see since we said goodbye to him. Here is a random video of another kid meeting him.

He was parked in front of the Cozy Cone.

The wait for the ride was lovely. And fast.

We got to ride in a car that looked like CRUZ!!

Lucas is of couse covered up in this photo (And this is actually from our second ride) But I wanted to put it here. Lucas as having a BLAST! He loved it. 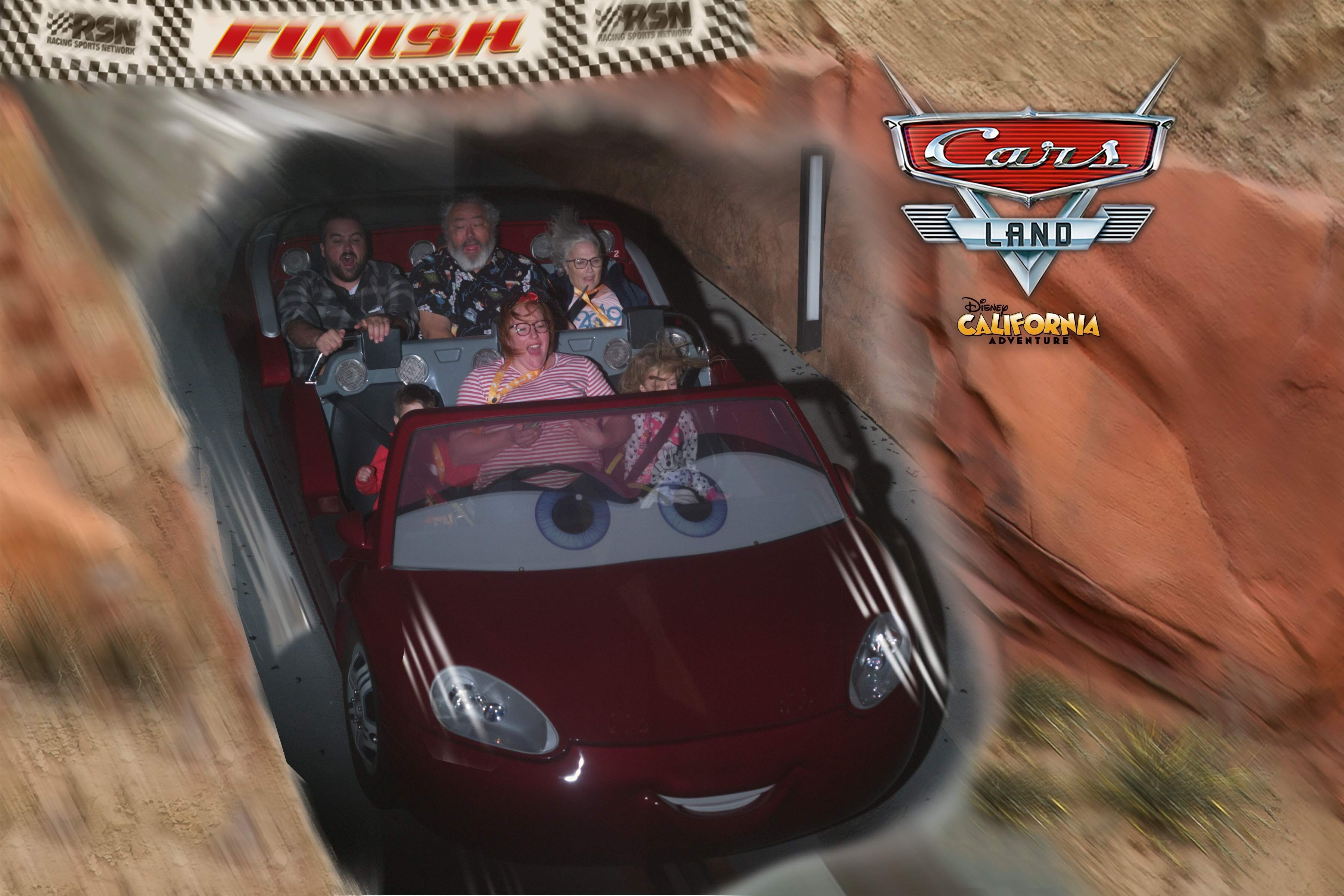 Next stop, what was the Tower of Terror…

The ride was a little too creepy for Lucas, who was very nervous as we got settled into what the kids would forever after call the broken elevator ride.

You can’t really see the kids in the picture, but they are both CLINGING on to me for DEAR life. 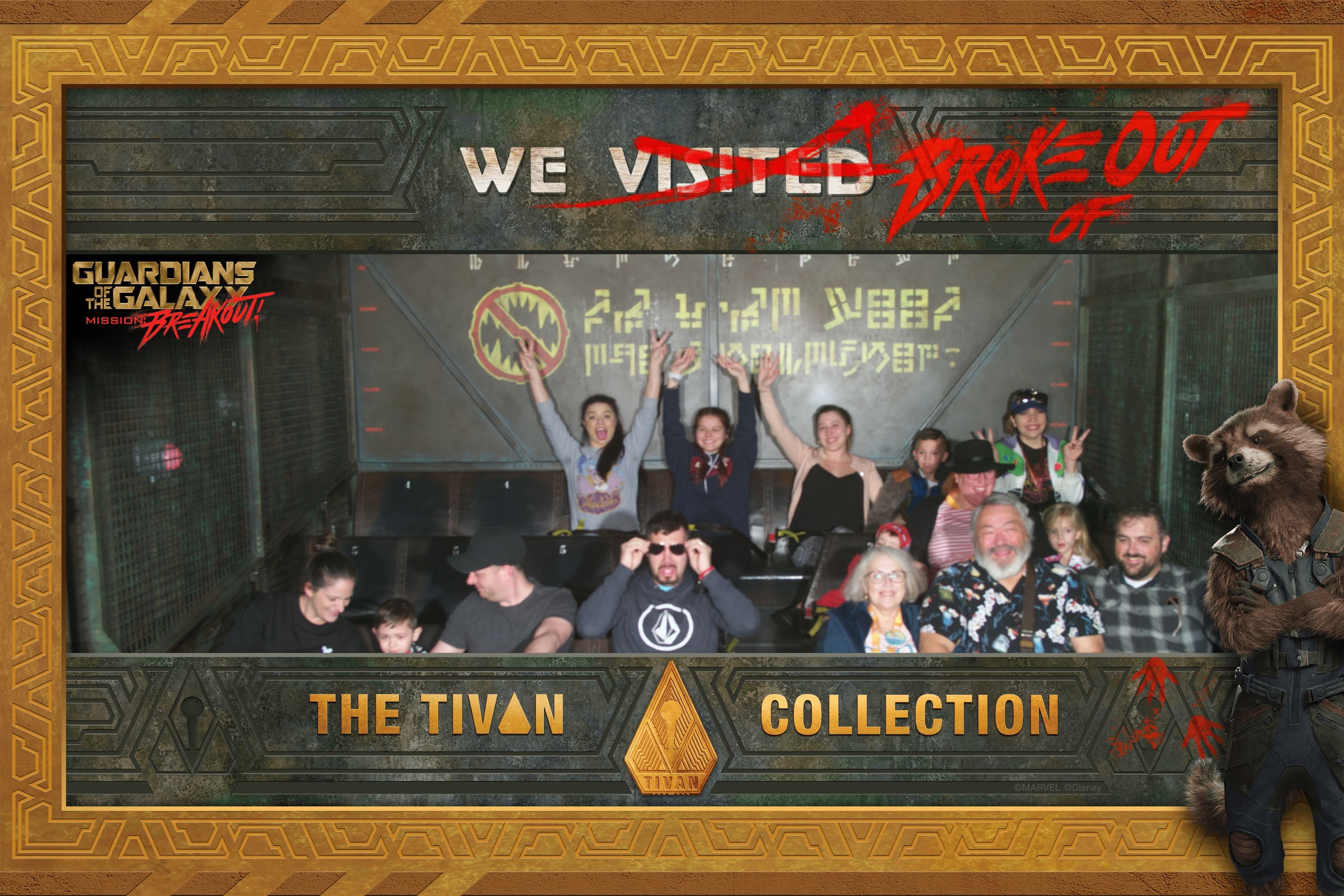 Here I am, trying to make Lucas feel more calm after the ride.

Off to Pixar Pier. We got a ride on the Pixar Ferris Wheel.

We were in the Buss Lightyear cart.

Next attraction, was the Toy Story Midway Mania!

Then a stop for an early lunch of a corn dog.

After lunch we got in line, for…

We did our first SWAP, we had the Max pass, so we did a grown up swap, Karl went on the Incredicoaster with Mirah and his Parents, while Lucas and I met Elastagirl, went to the bathroom, and got in line to meet Mr. Incredible!

Then, while Lucas hung out with Grandma and Grandpa, Karl, myslef and Mirah took another ride together! 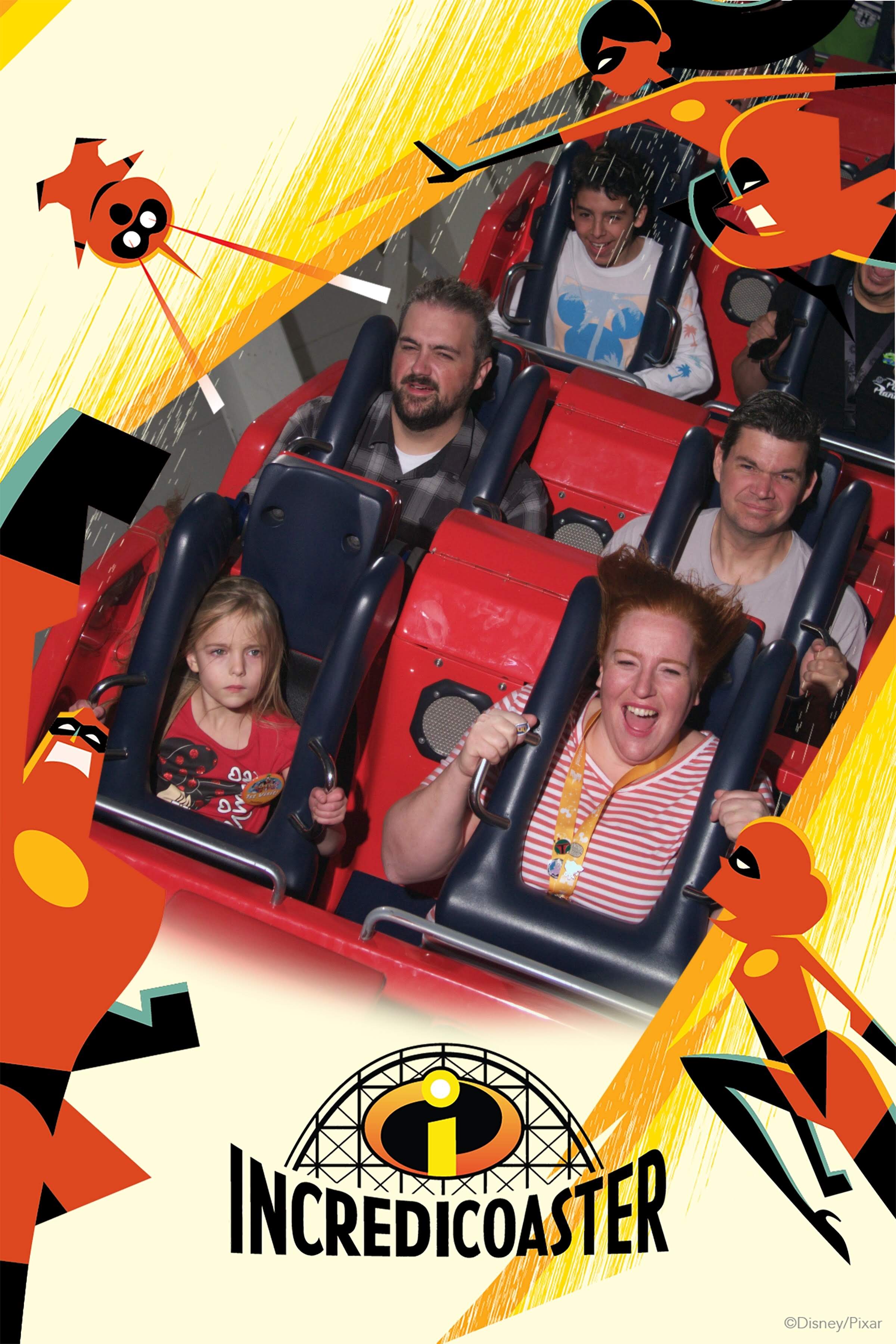 Oh my goodness Mirah’s freaking face!! She was so nervous. Even though she was on the coaster for the second time, she said afterwards she was still worried that the coaster would stop while we were upside down.