The morning was cool and grey, but our spirits were high!
It was the day that Mirah started Dance Class!!!! 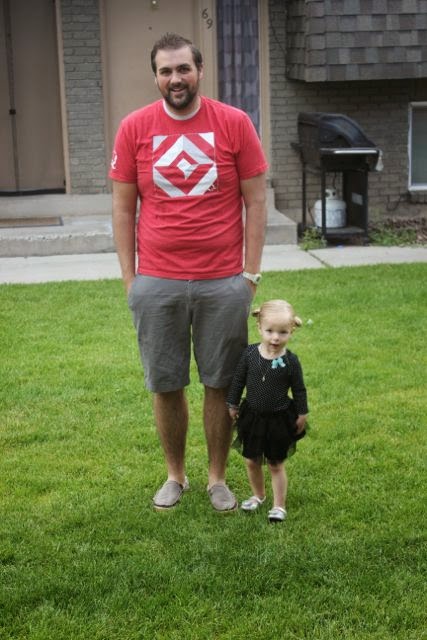 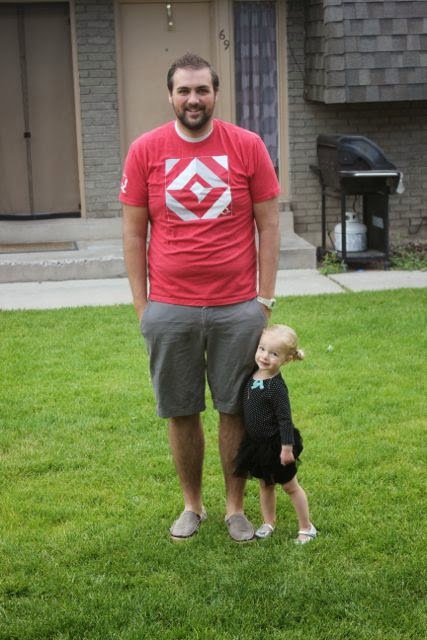 The class has 10 kids signed up, but there were only around 6 in the class at once.
Recognize anyone? 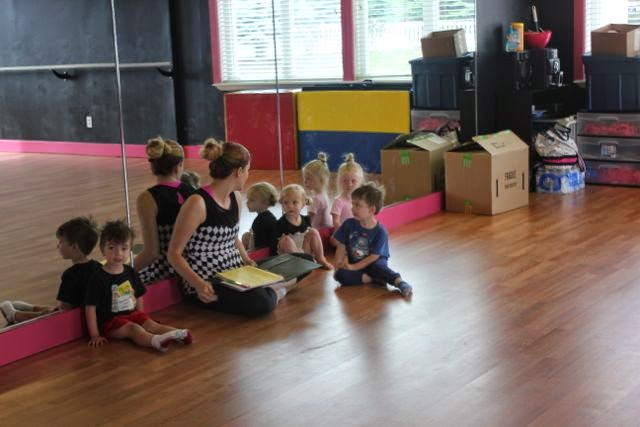 Asher, Miss Camille, Mirah, Judah. Jack was there too, and this little girl who had taken class before. 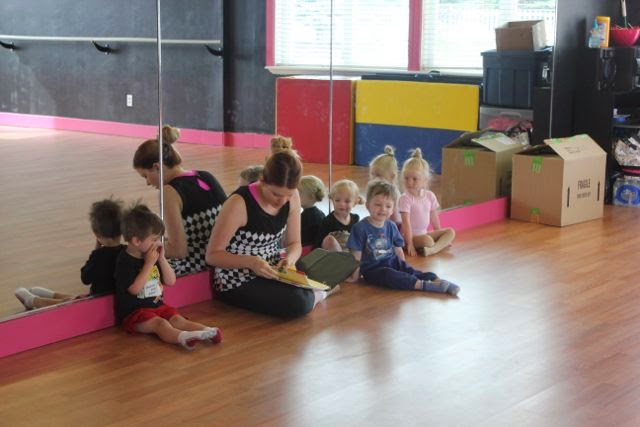 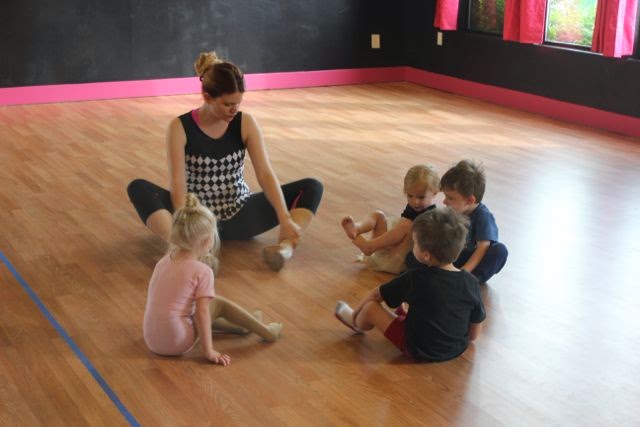 Then at the balance beam. 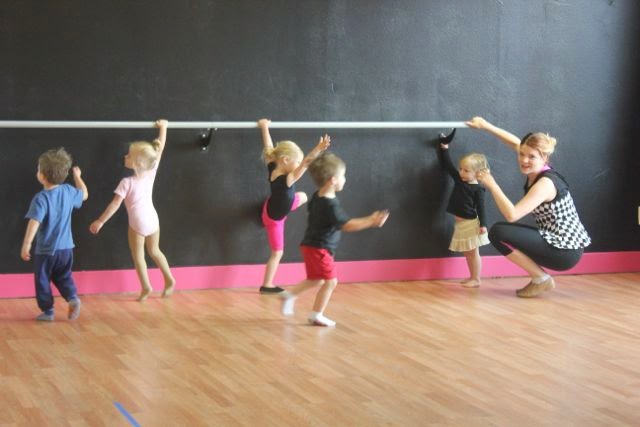 Running around with hands over head. 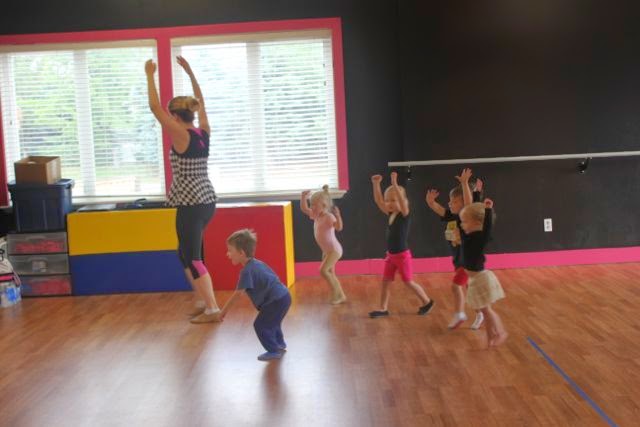 Mirah is the youngest in the class. She did get distracted a little bit. Especially by her own reflection. 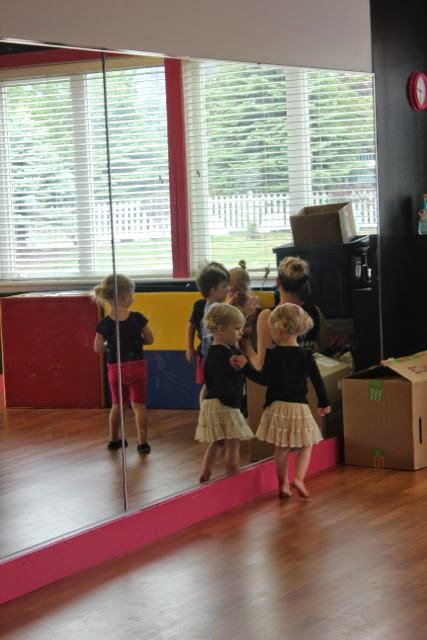 They used wands.  You can’t tell in the picture, but the kids were using them to hit the window we were all watching behind. It was covered in glitter. 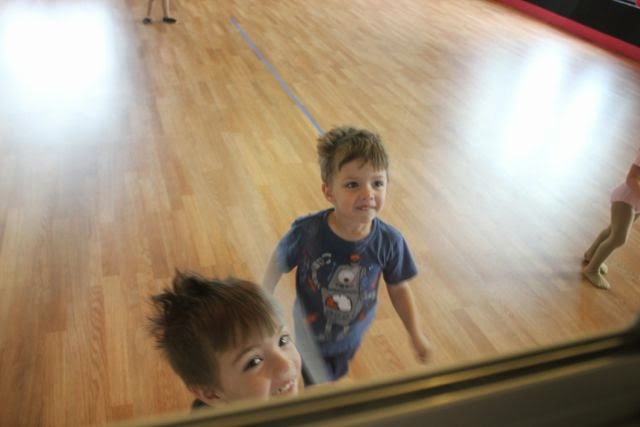 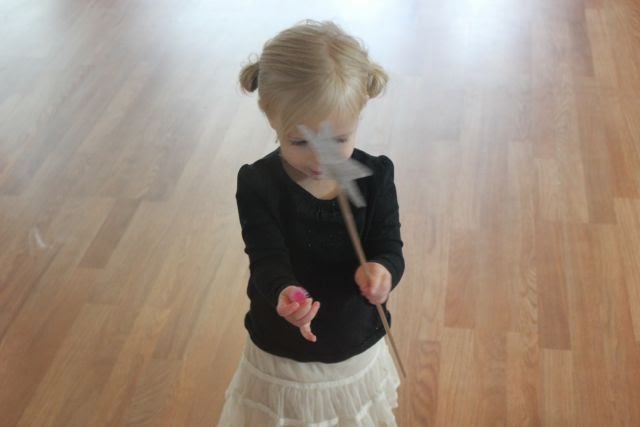 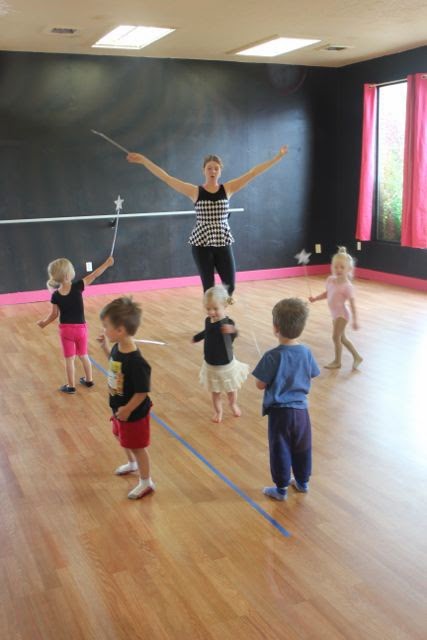 Then out came the pom poms. Mirah loved it. She was just running around at that point. 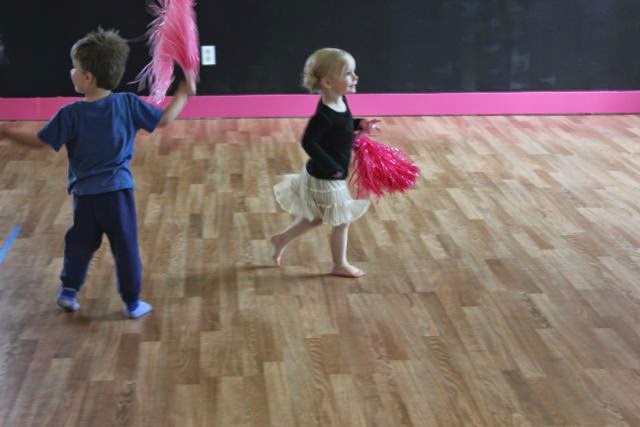 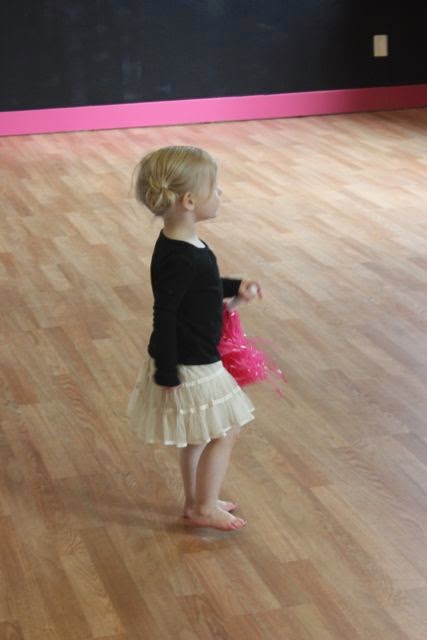 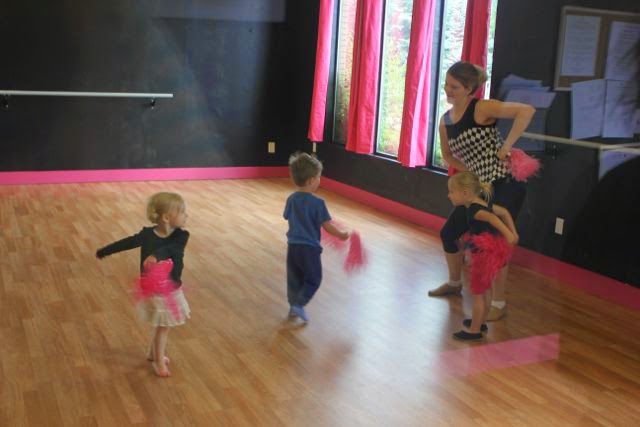 Suckers at the end. 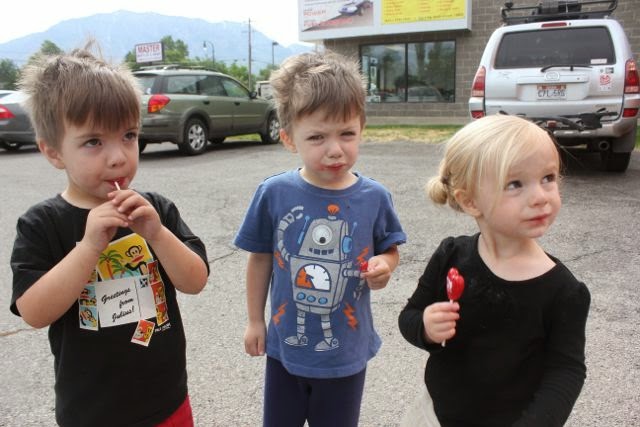 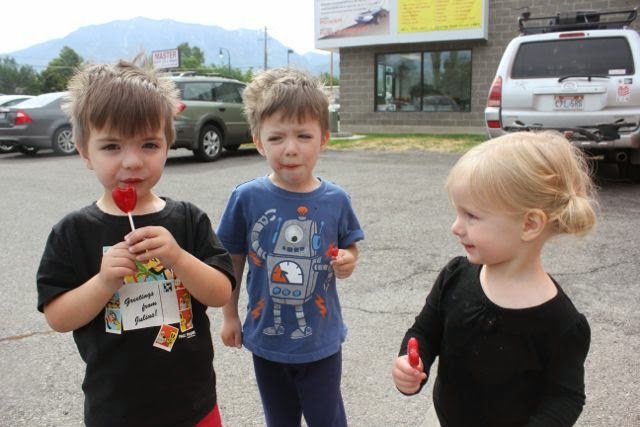 One thought on “Dance Class!!!”