Fall is here, and the back to back fall activities had begun. We were off to Maybe Farms again for Craig Hawker’s annual Pumpkin patch event.

The kids were excited to wear their Halloween outfits, and I have to admit they both look pretty great in them.

We planned on Meeting Betsy and the kids there. We had been there long enough, for Lucas to poop on the port-a-potty floor, and then to run off again. When I found him, her and his cousins were browsing the pumpkins on display.

Ginger and Rosy, Picking their pumpkins.

Lucas, just wanted a little white one at first, but then became concerned that it was too dirty. Then memorized where the dirt was, and locked it in, and THIS was his forever pumpkin.

Once we were all gathered, we went over to get some food. There was pizza, and apple juice and milk.

Rosy and Ginger, eating their Pizza.

Lucas and Mirah Eating in the wagon.

We all decided to pick our pumpkins this year. We walked out to the fields and it only took Mirah a minute to find the one she wanted.

Sometimes Single Mom Betsy, with her kids in tow.

Picture time! At the Pumpkin Patch!

Mirah and Lucas, looking so so cute!

Mirah and Lucas and Rosie…THAN Everyone joined in! <3 Judah could not be persuaded to be behind with everyone else. He wanted to be “someone buying a pumpkin.” He looks great. 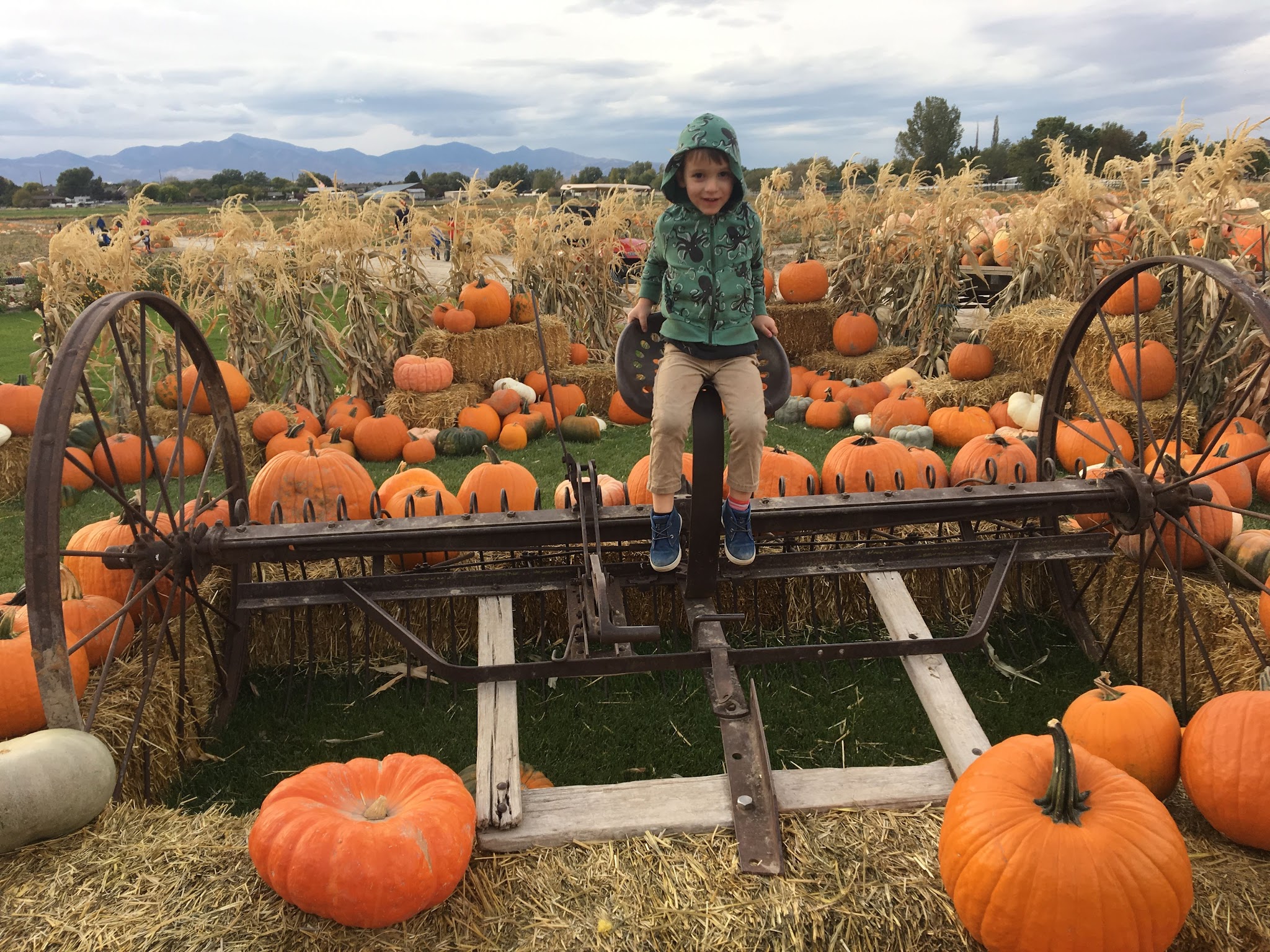 Even though there was some pizza at the Pumpkin Patch, the kids were still hungry and we still wanted to play. So we went over to the McDonald’s in Herirman.