So tonight for family home evening we went to an event in Provo. It was organized by the Provo Bike Committee as well as the Provo walkability committee.
A couple of weeks ago this happened:
We were invited to the event from a friend on Facebook, and although we have been less active with our Provo bike friends, it was an event that we felt was important to attend. 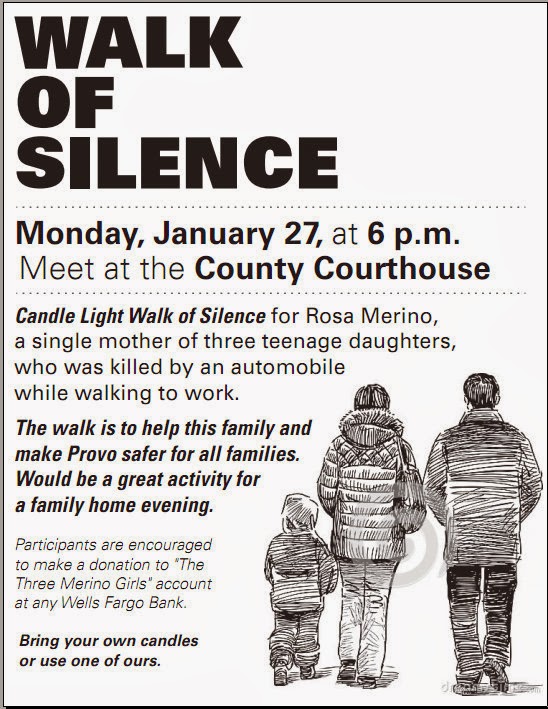 So we bought some candles and some cups, bundled up and set out to Provo. 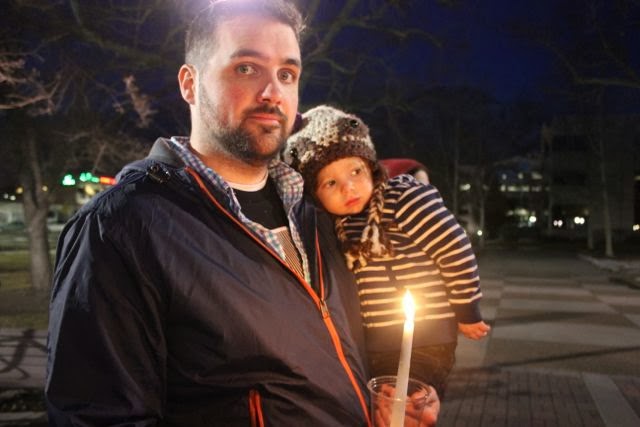 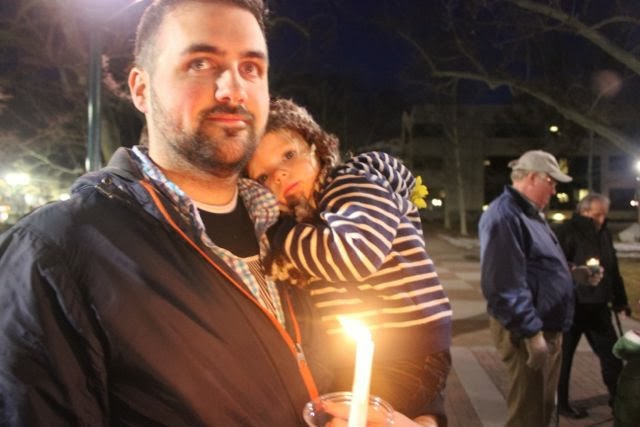 A crowd had already gathered when the current head of the Provo Bike Committee, Aaron Skabelund addressed the group,  set the plan, and thanked everyone for coming to support this important cause. That is, to support the victims family, and raise awareness about pedestrian/bike issues and education. 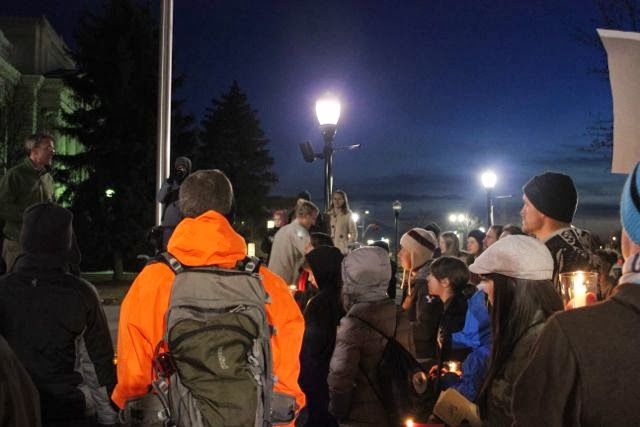 It was cold, but the group walked from the courthouse, to the library. 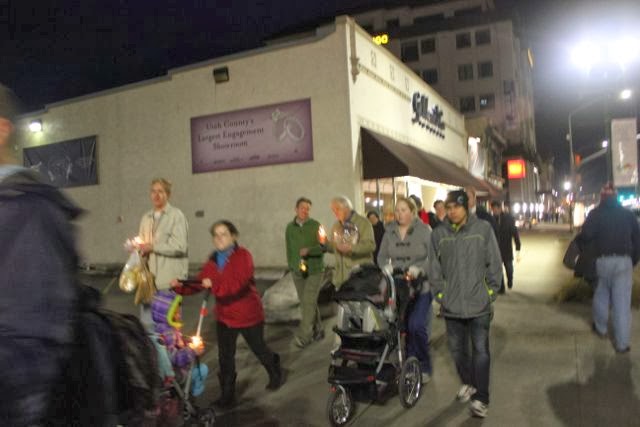 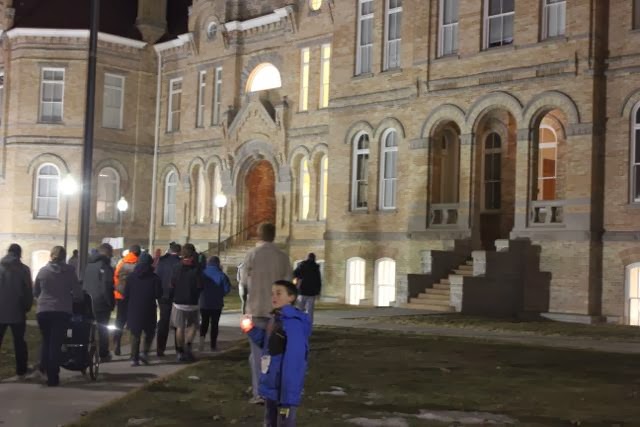 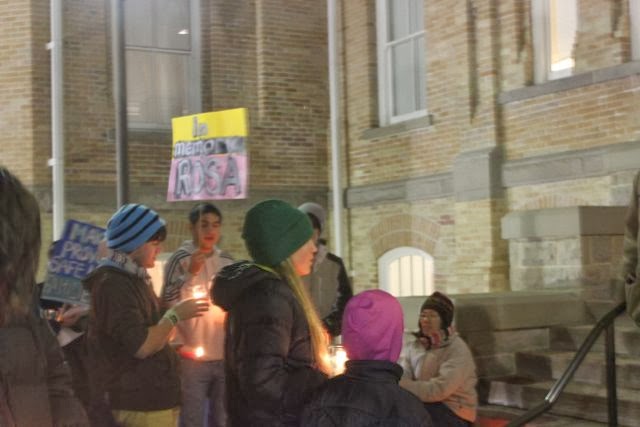 Then stopped for a moment of Silence. 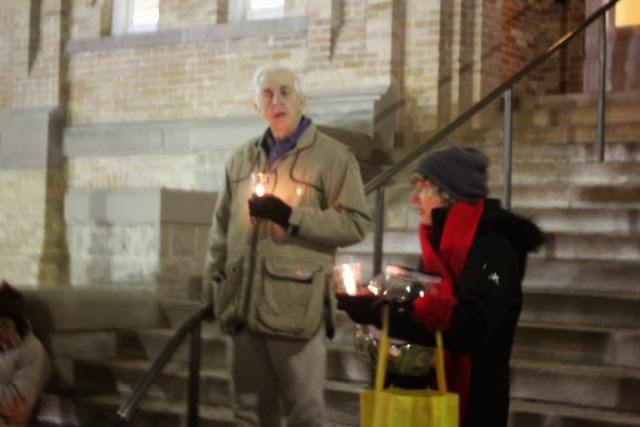 Then to 700 north where the accident took place. Then back to the courthouse. 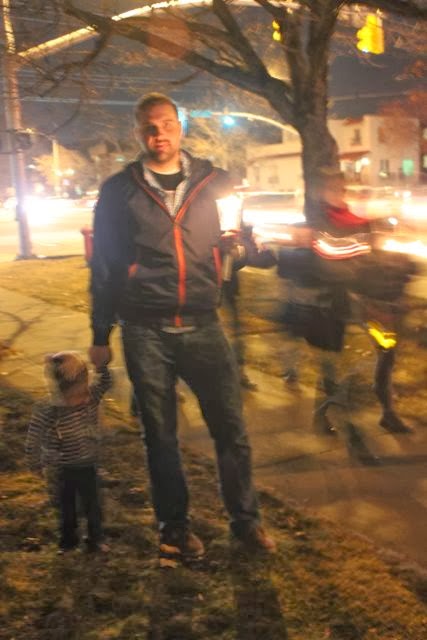 Unfortunately, as we were crossing 700 N, there was an accident. No one was injured from the group, and it seemed that everyone in the cars was fine. Hopefully they were not distracted by all of us and our candles. :/ 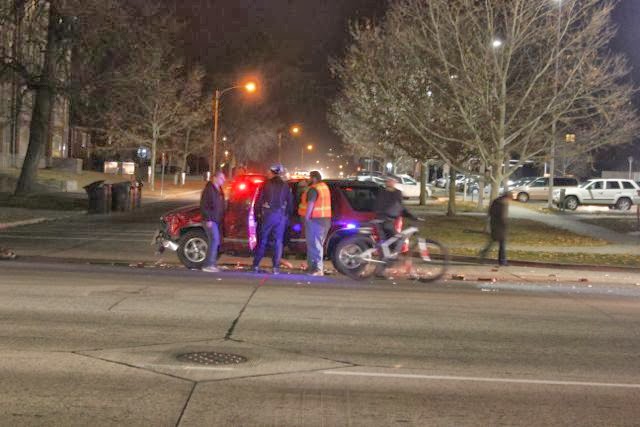 On our way home we had a lesson about following the savior so we can be an eternal family.
A sad event, a reminder of how fleeting life is. That we need to take care when we drive, walk, and ride on busy roads. NO DISTRACTED DRIVING! One man said, is that burrito really worth being distracted and accidentally killing someone?

Holding my family a little tighter tonight. Prayer go to those poor girls.