Karl is the secretary in the Young Men’s presidency.  He goes to mutual every Wednesday and it has been fun to get to know the super cool youth in our ward. This week they had what they called a road show, but it was nothing like the road shows that we had when I was a kid.
It was an activity where they came to the church at 7 PM, worked on skits about the subjects from the Strength of Youth pamphlet using props and costumes brought by the leaders. Then at 8, members of the ward arrived and the kids showed us what they came up with.
Mirah’s bed time is 8, but they needed us, so Mirah would have to go to bed a little late.
The sign in the foyer welcoming us to the event. 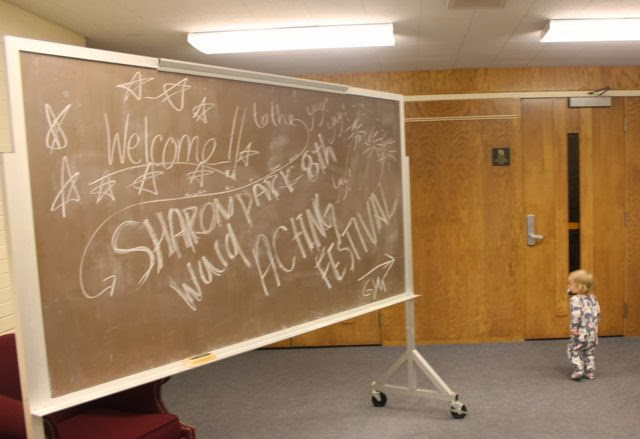 Mirah came in her Pajamas. And at first acted like she was going to just sit down and fins a seat. 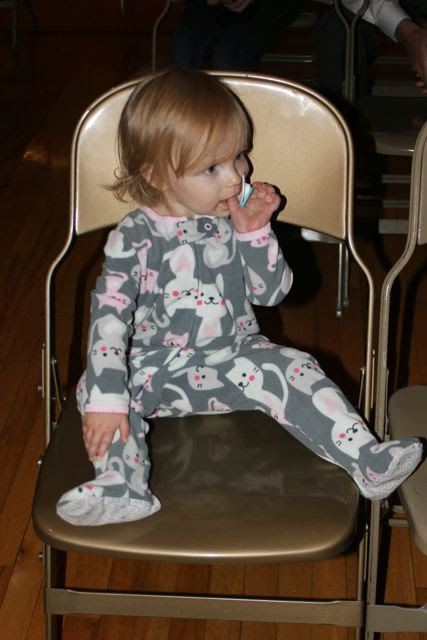 Then she found her little friend Wesley and the sitting ended there. 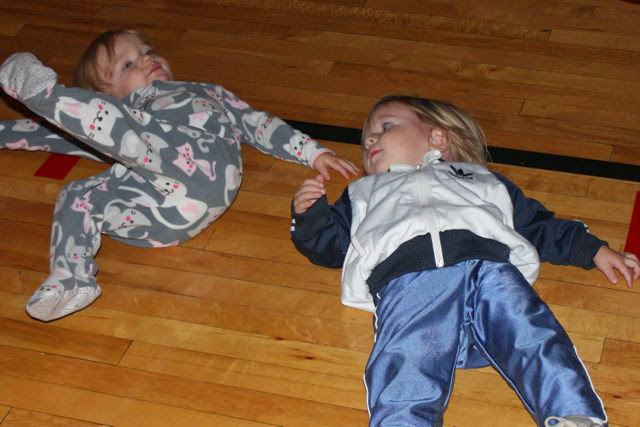 The kids came in all dressed up! 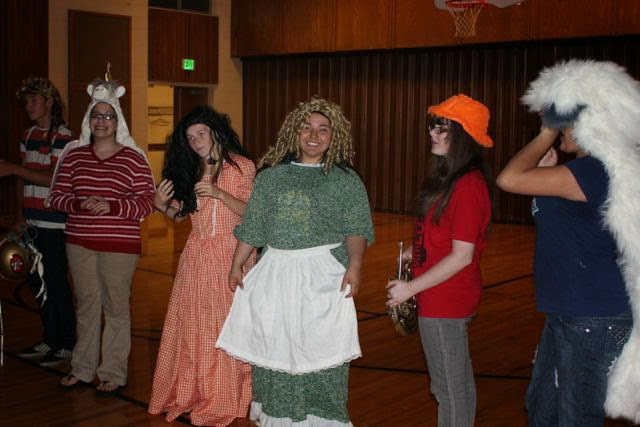 Karl set up the first skit. 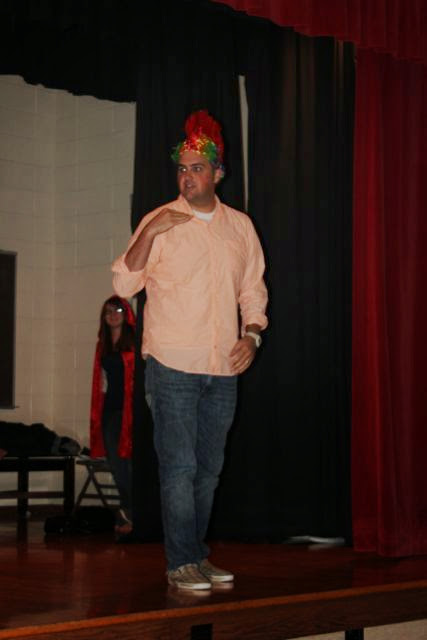 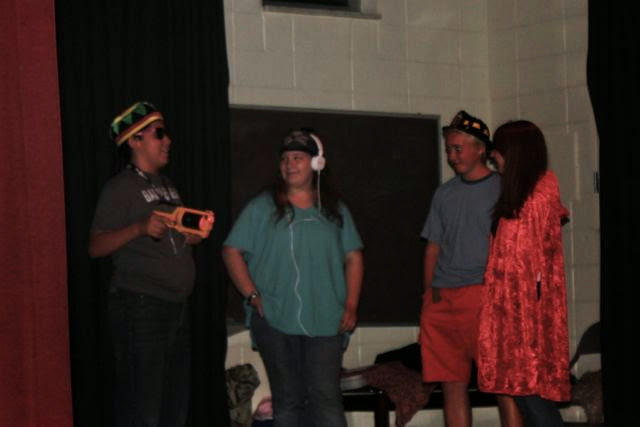 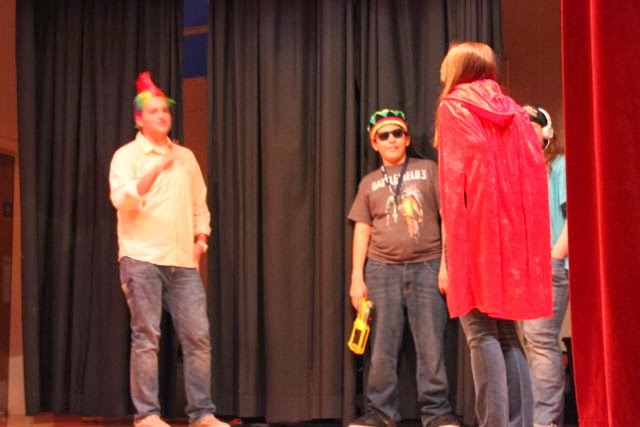 They introduced the youth one by one.
This is Parker.
Some kind of Jedi Mullet Angel. 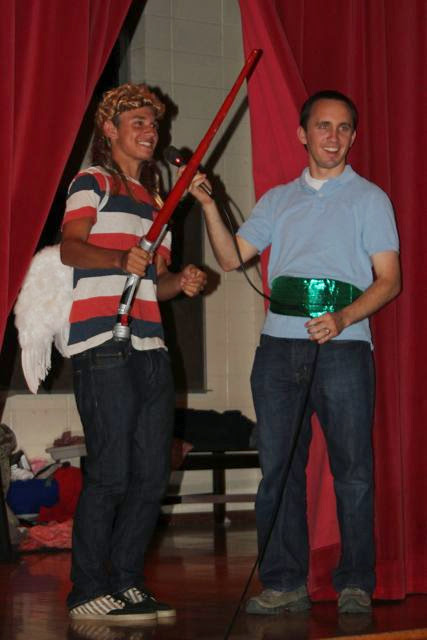 I think it is a dog suit. 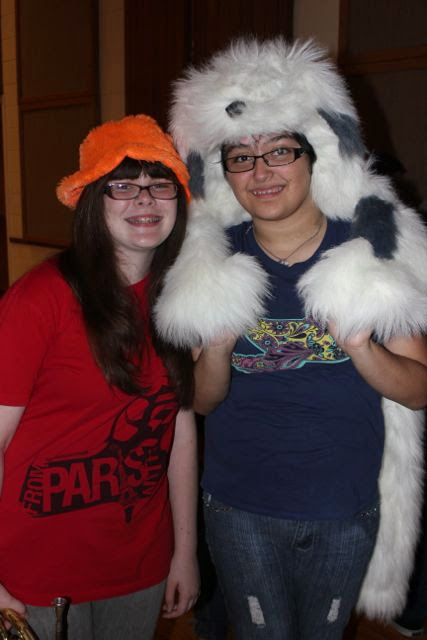 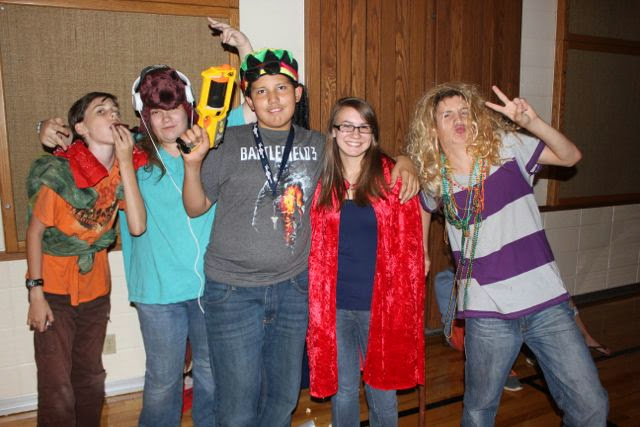 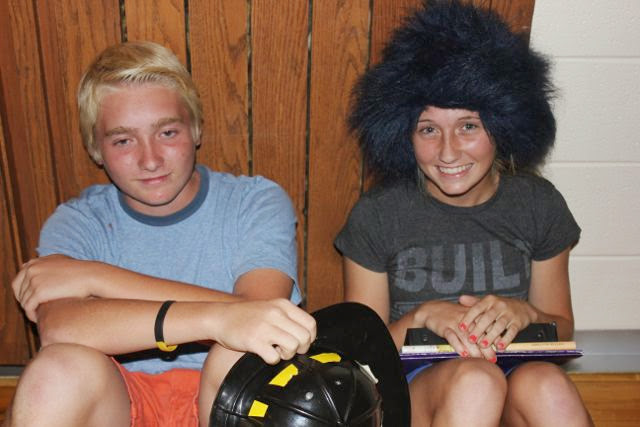 I think Karl was acting as a worker at the movies…I think. 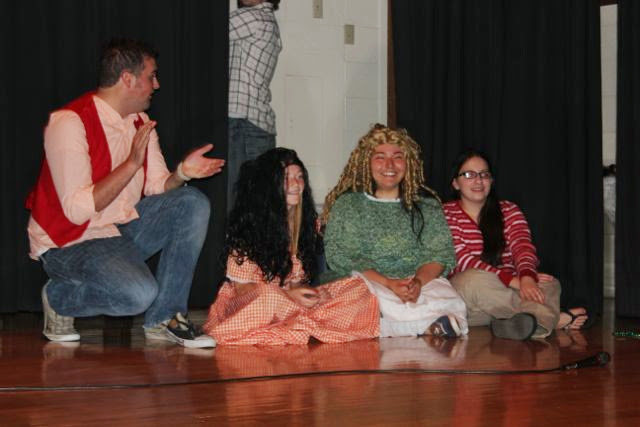 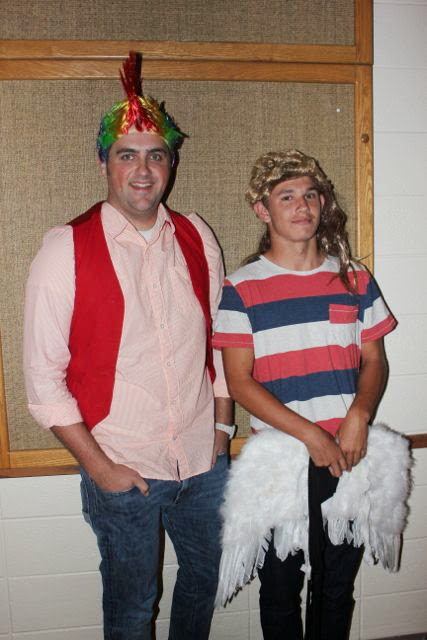 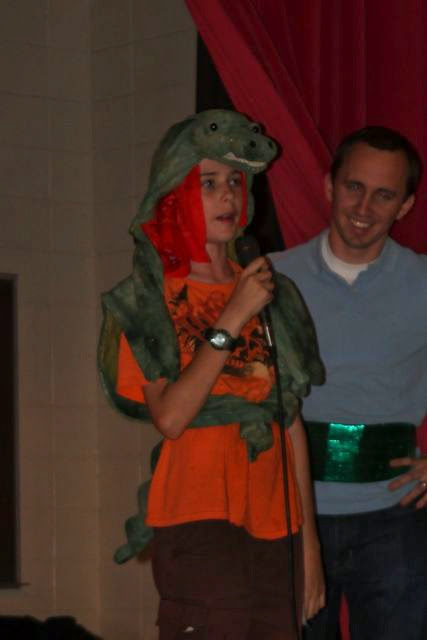 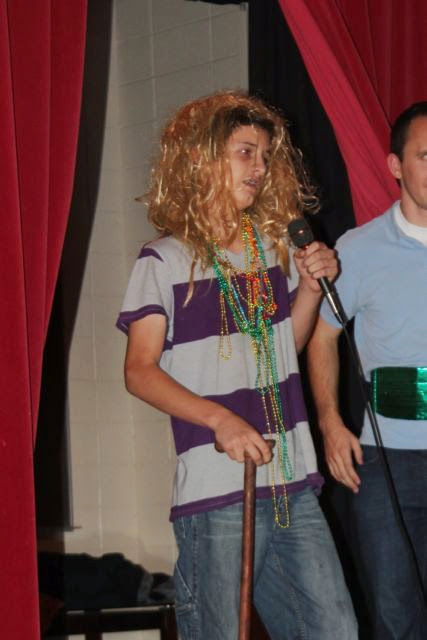 My friend Silvia Horn and other friends in the ward. 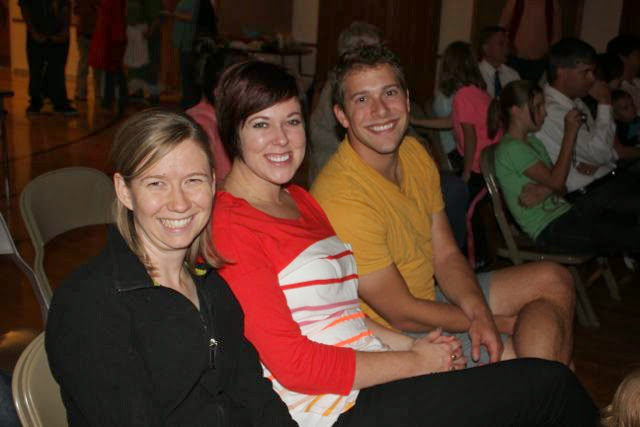 As it got later and later Mirah started loosing it more and more. Not in an upset way, but rather as Karl called it, a slap happy crazed way. 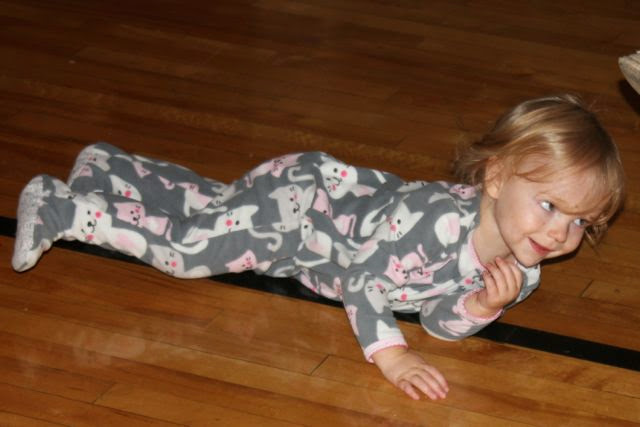 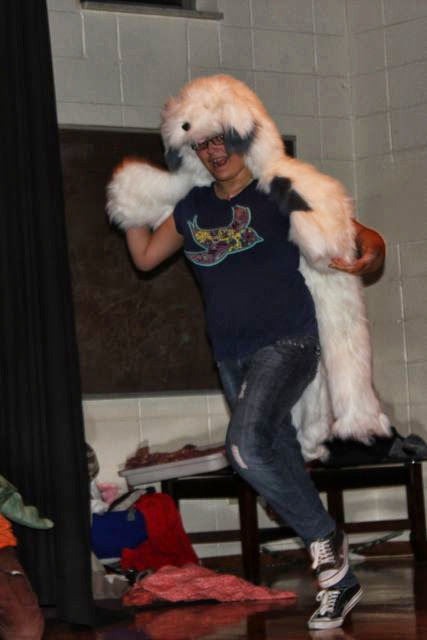 My friend and coworker Sydney Hill with her amazing daughter Serina. 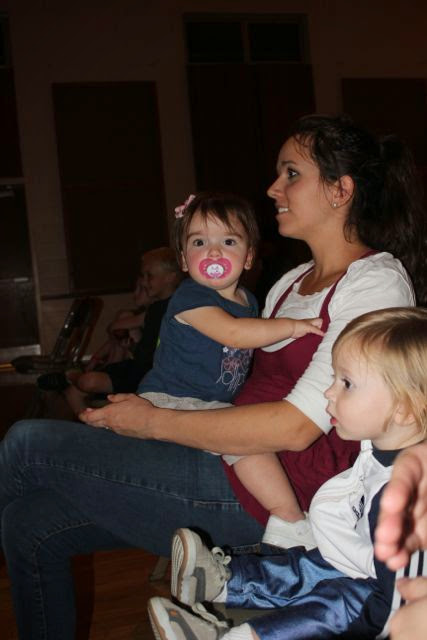 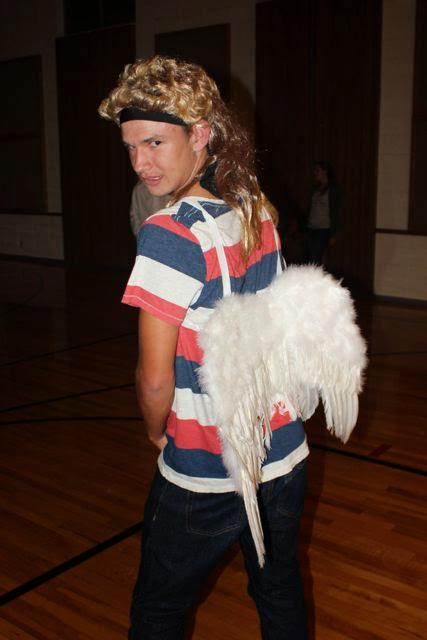 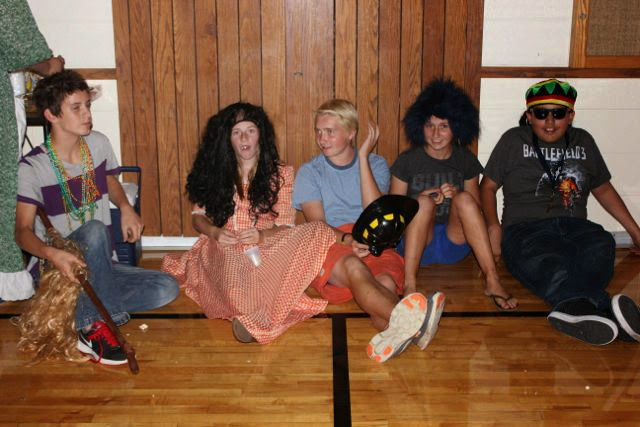 The leaders even jumped in and did a skit together. 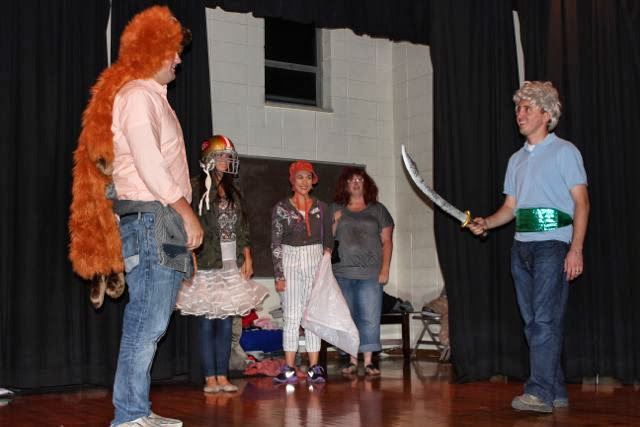 Darron, Sydney’s Husband is the second counselor in the YM presidency. 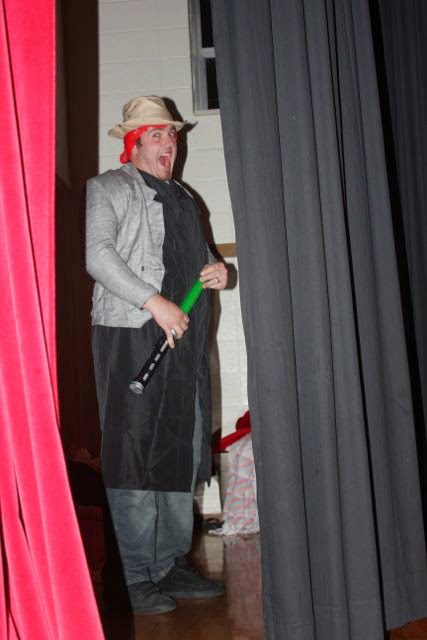 The guy in the middle, that’s Anthony, he is the first counselor in  young men’s presidency. His wife in Camille, who ALSO works as a manager here. 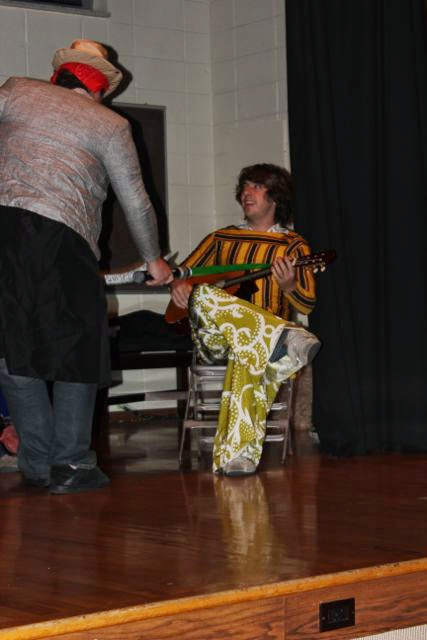 Brother Robby parker, in the cummberbun, he’s the YM President. He is the only one in the group whose wife is not a manager at Legacy. 🙂 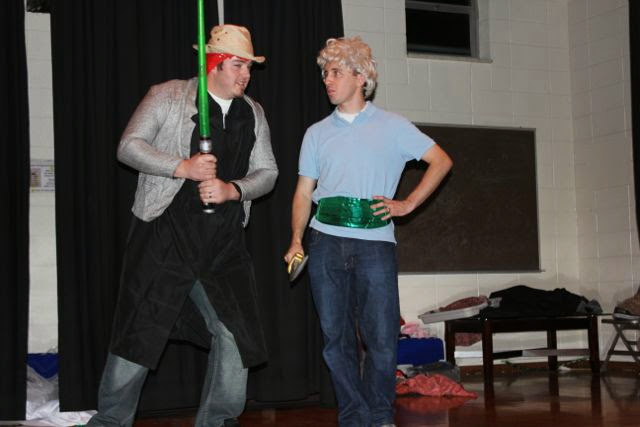 So the kids had a blast. The pictures ended here because I was so busy serving up ice cream. 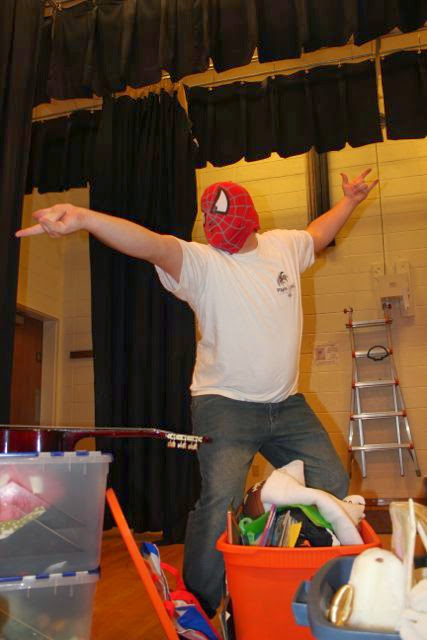 Here we are cleaning up and goofing around after everything ended.
I was honestly super skeptical about everything. BUT the kids had fun, which was the important thing.
So did I, and Mirah too.