Saturday morning was rough. It was pouring. So we had to cancel Mirah’s party at the Zoo. I was super bummed. It was a nice evening though. We brought her cupcakes to Betsy’s Garden Birthday Party.
Karl and Mirah, excited to get started. 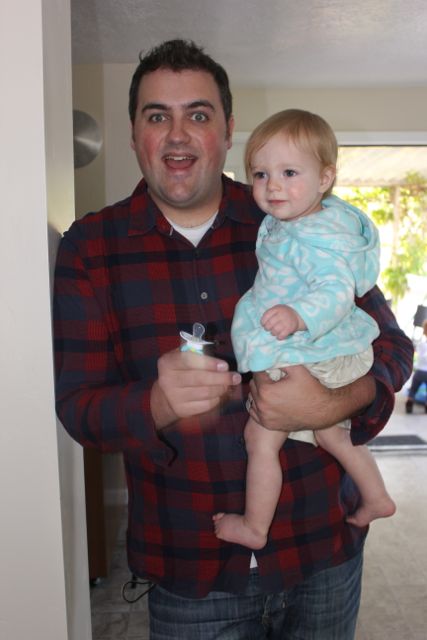 The usual cast of Characters:
Megan and Carter with baby Jack. 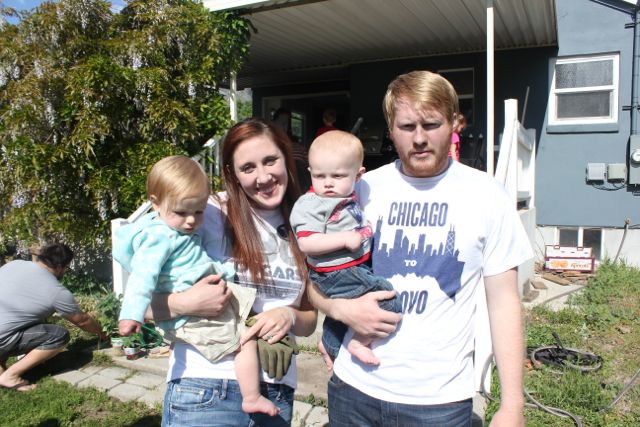 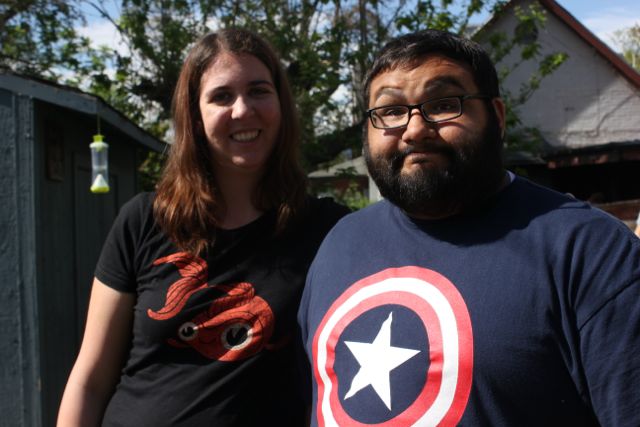 There was tons of work to be done. 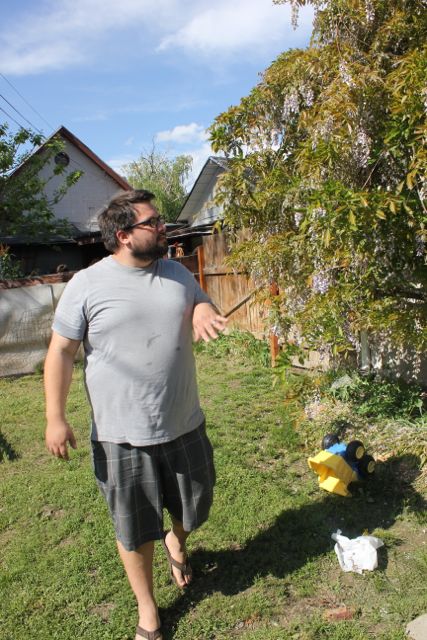 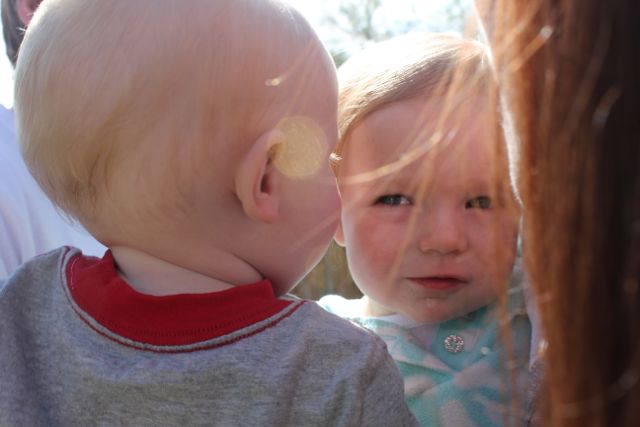 There were bunches of new faces to me. Tons of people from Nitsy’s ward came to help. 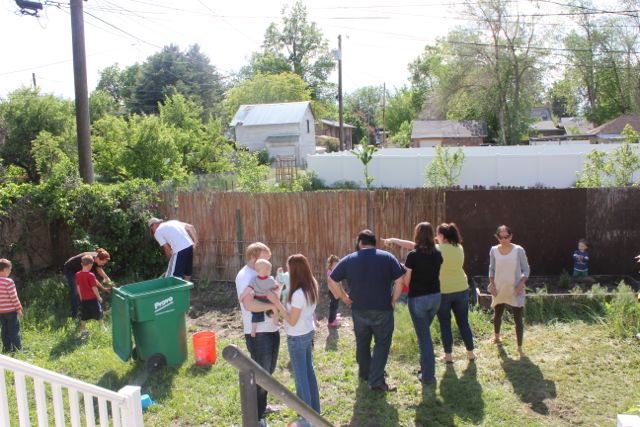 Karl was on the grill. 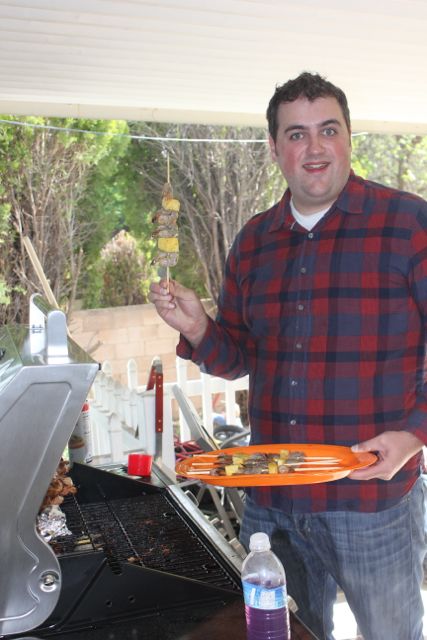 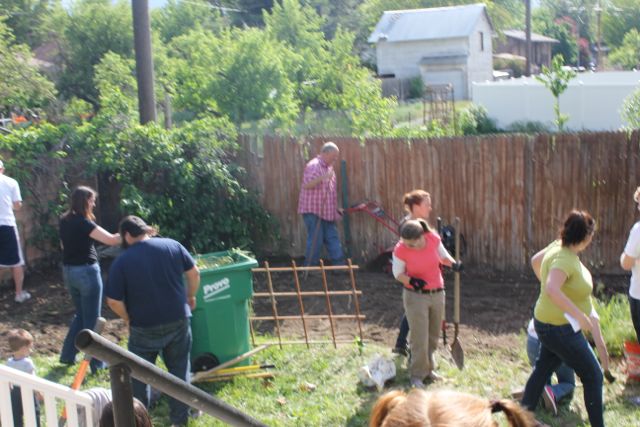 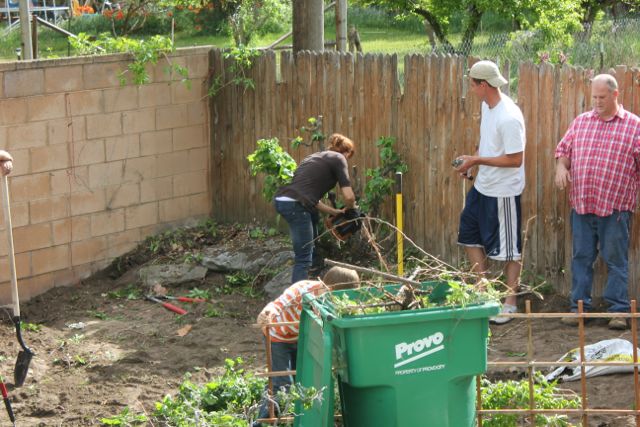 Carter andJack taking in some shade. 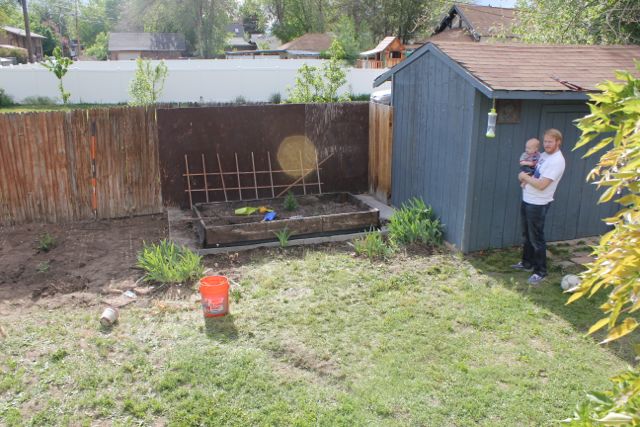 They took a chain saw to that terrible bush… 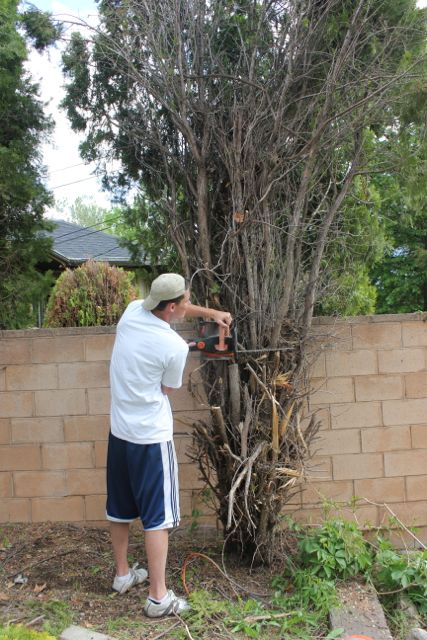 After lots of work… 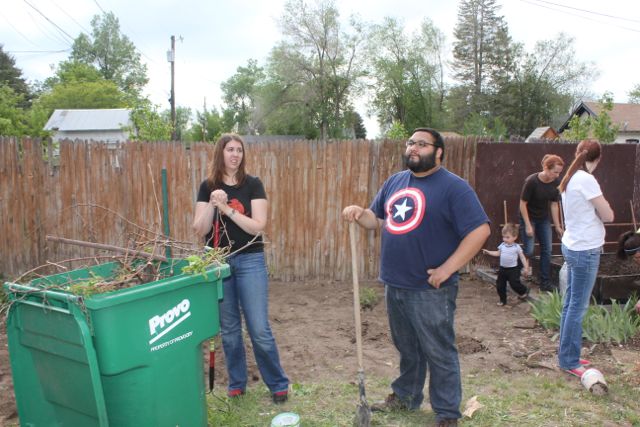 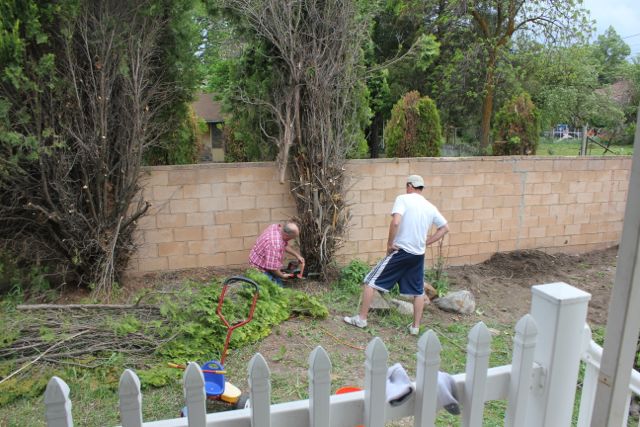 But the garden looked great! 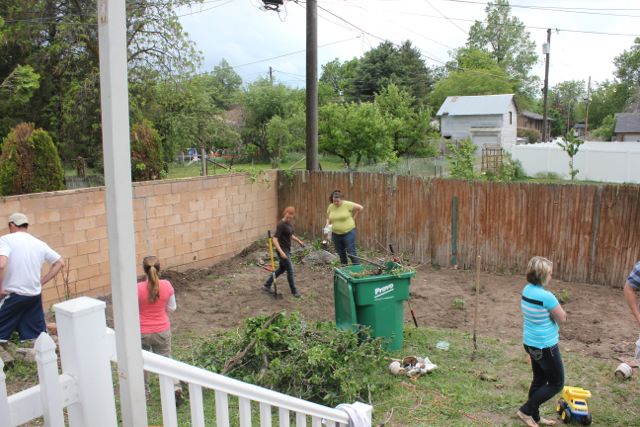 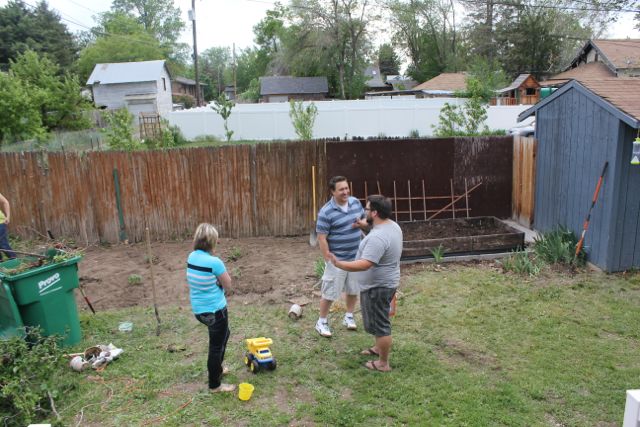 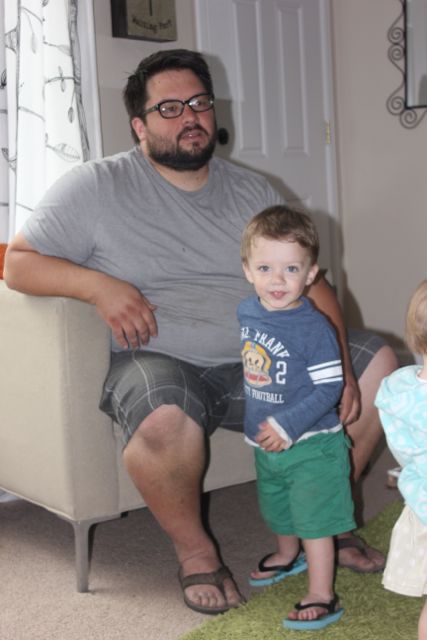 These are most of our pictures. My hands were full most of the evening.
Hooray for a garden!