After months of no orthodontia visits, we went in to see the doctor to start the new phase of Mirah’s plan. Here she is, on our way tot the visit. And official pic, for how things will start. I mean, she just looks so perfectly cute. We don’t need to change anything.

At the appointment the doctor said that we would be starting phase 1a of her plan. She would get expanders for her lower teeth, and upper PALATE. Meaning that they would have to move the BONES in her upper palate. Before they could do that, they needed to move one of the teeth in front further out. So we made the appointments.

Records, retainer fittings. Once those were done, she would get fitted for her palate expander. Once that we done…BRACES!!!

We arrived and filled out the paper work, including Compliance Contract: 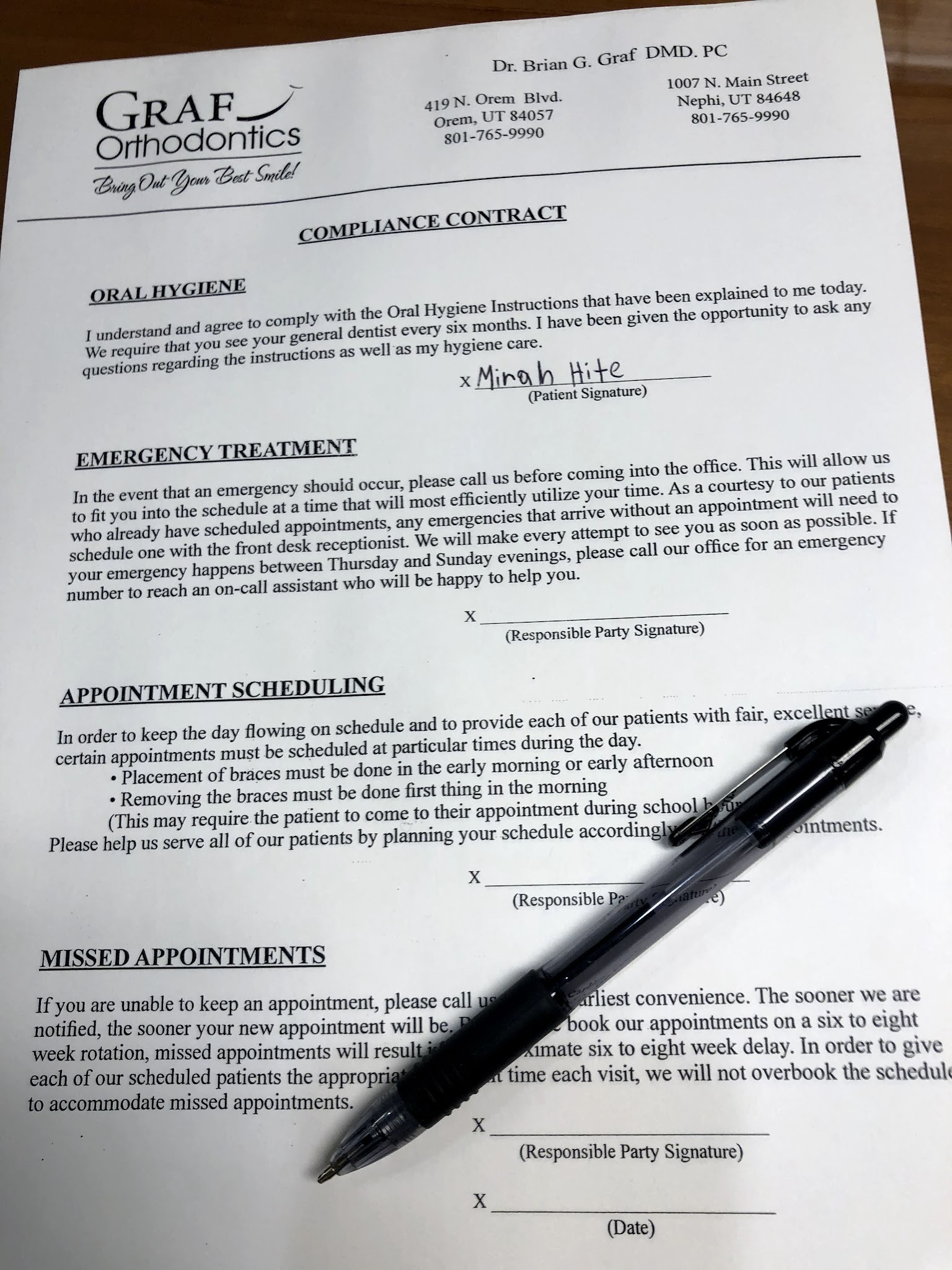 We gave them our insurance, and paid our contracted amount.

Then we headed back to get all of her dental records and images up to date.

Mirah was nervous, just like she always is with new things.

She took a new set of x-rays, and then had to sit for detailed pictures of her teeth.

Getting the images was tricky. And funny. Her mouth is just so small, it was hard to get pictures of everything.

You can really see all of those teeth. 🙂

She was getting annoyed at me because I kept laughing.

Her little face was sore after all of that. She was relived to be mostly done.

Asking her about it:

She had to get fitted for upper and lower retainers, which is a whole thing. Here is her lower impression. 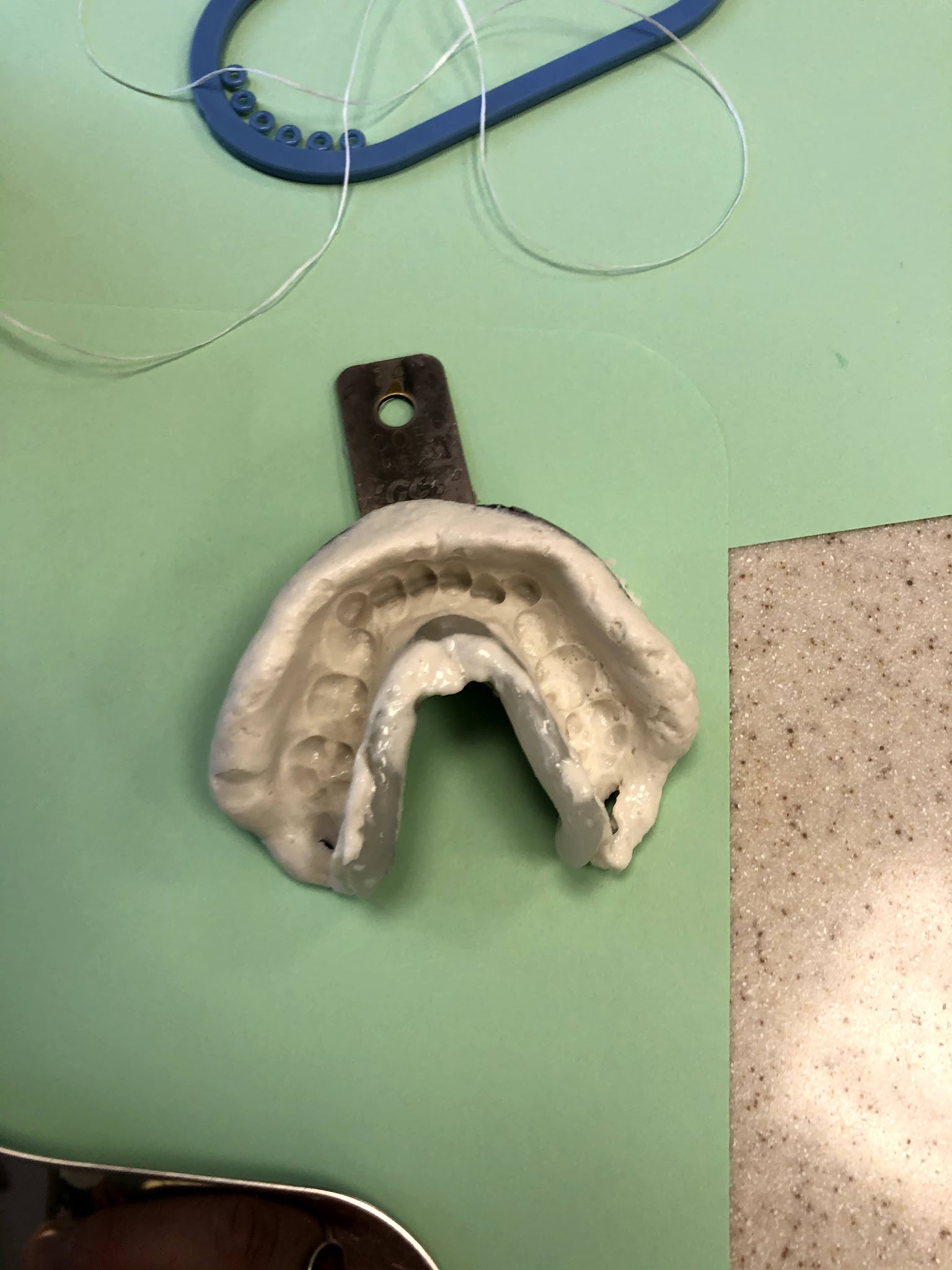 She had to do her upper on TWICE. The tech who was helping us was very kind, but I think she was new and a little unsure about her skills, she was good, just too hesitant.

Mirah had “earned” the cookie from their office at the end of that appointment.

The day had come to put her newly made retainers in! 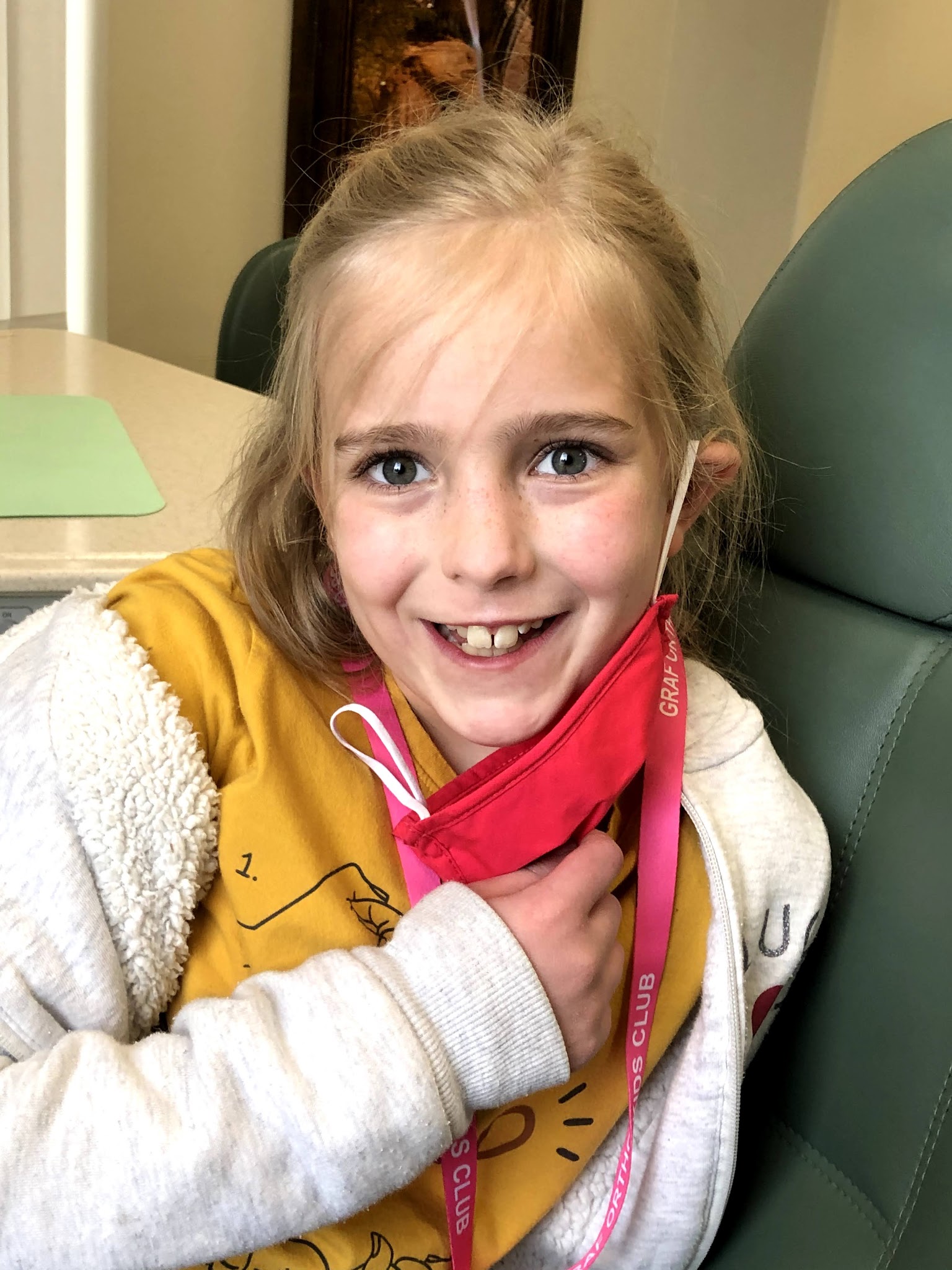 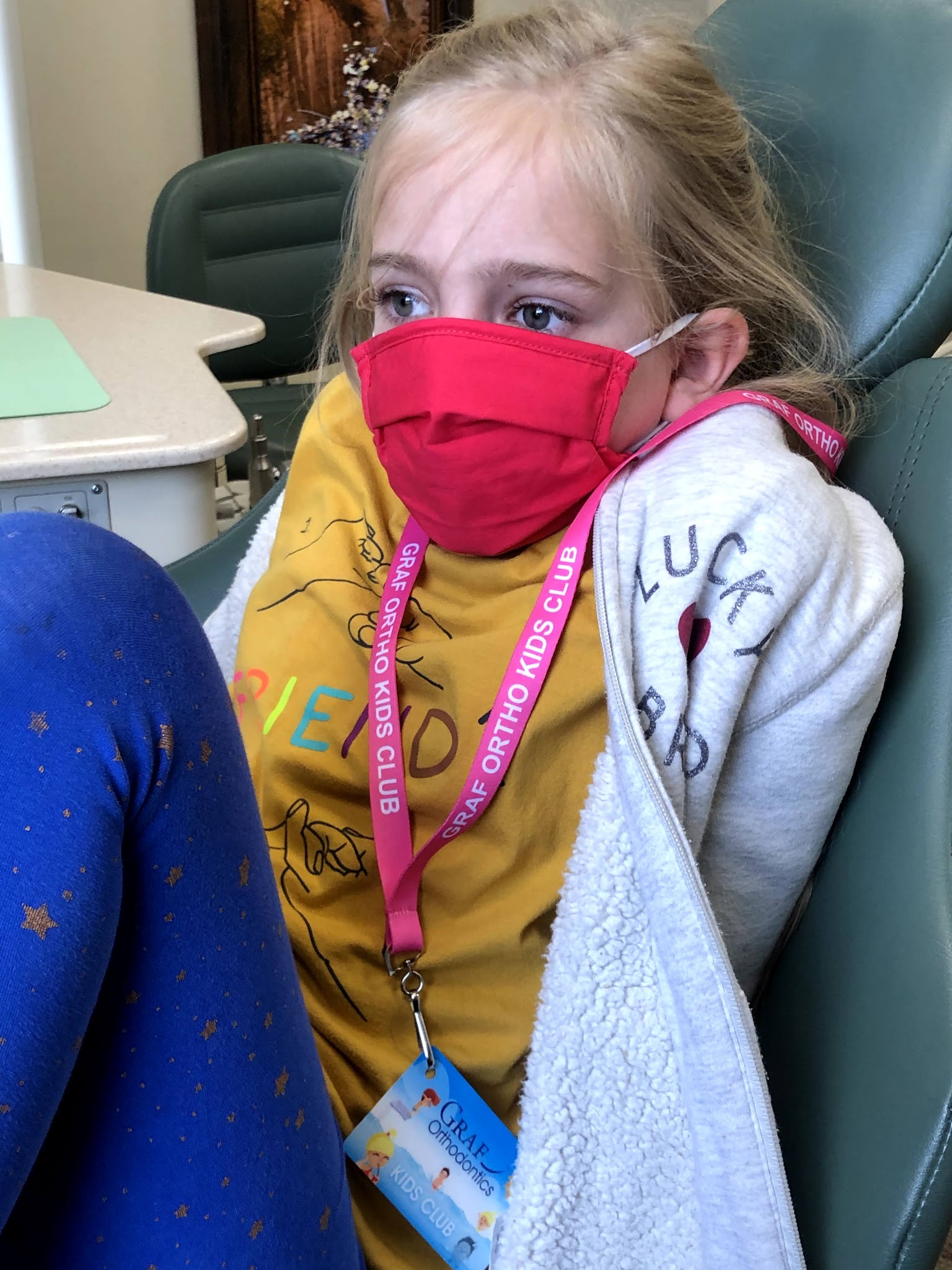 They brought the retainers over and showed us that they made them in the colors that Mirah had requested.

Glow in the dark pink and blue for the bottom

And rainbow with a piece sign sticker for the top.

The Orthodontist got the bottom one in just fine, but the top one wouldn’t stop wiggling. Turns out, it needed to be re-cast, and sent back to be remade!

Back again, the whole office was still celebrating March Madness, and we were back to get Mirah’s top retainer in.

They grinded down the bottom one to fit better, then got the top one fit in comfortably.

We had a couple of disappointing appointments, but Mirah’s teeth had finally moved enough to start the pallet expander. 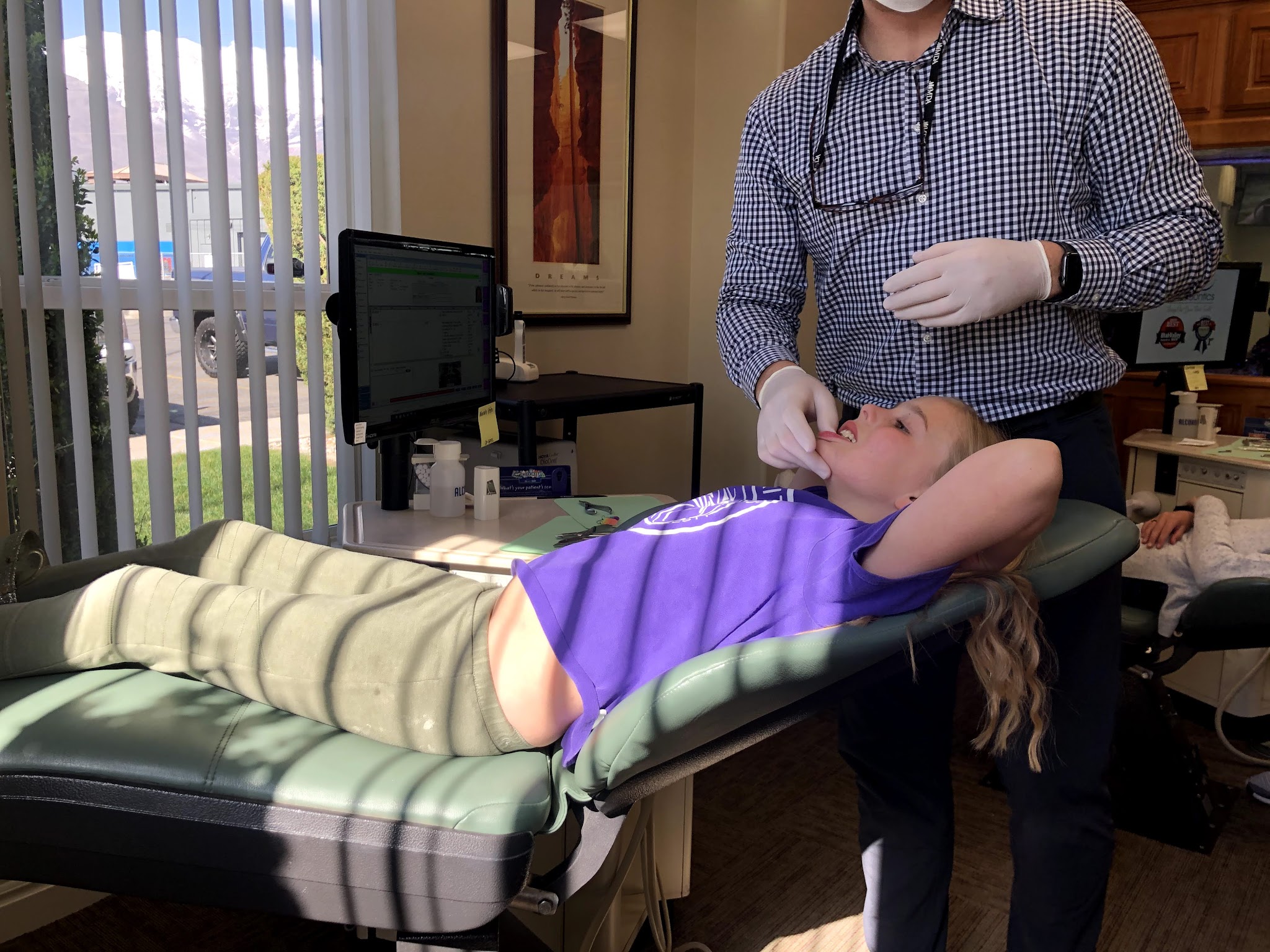 An this is where I will leave you, until the next installment, in Mirah’s Orthodontia.