So I don’t know why, but I love youth sports. Almost as much as I love your theater. It is all so honest and earnest and the emotions we all feel are so real.

Due to my vaccination status, I hadn’t been going to watch Karen play volleyball this season. However, when Krysta texted me and said that Karen’s LAST game could be Thursday, I put the kids to bed, threw on a mask and went to support my lady. 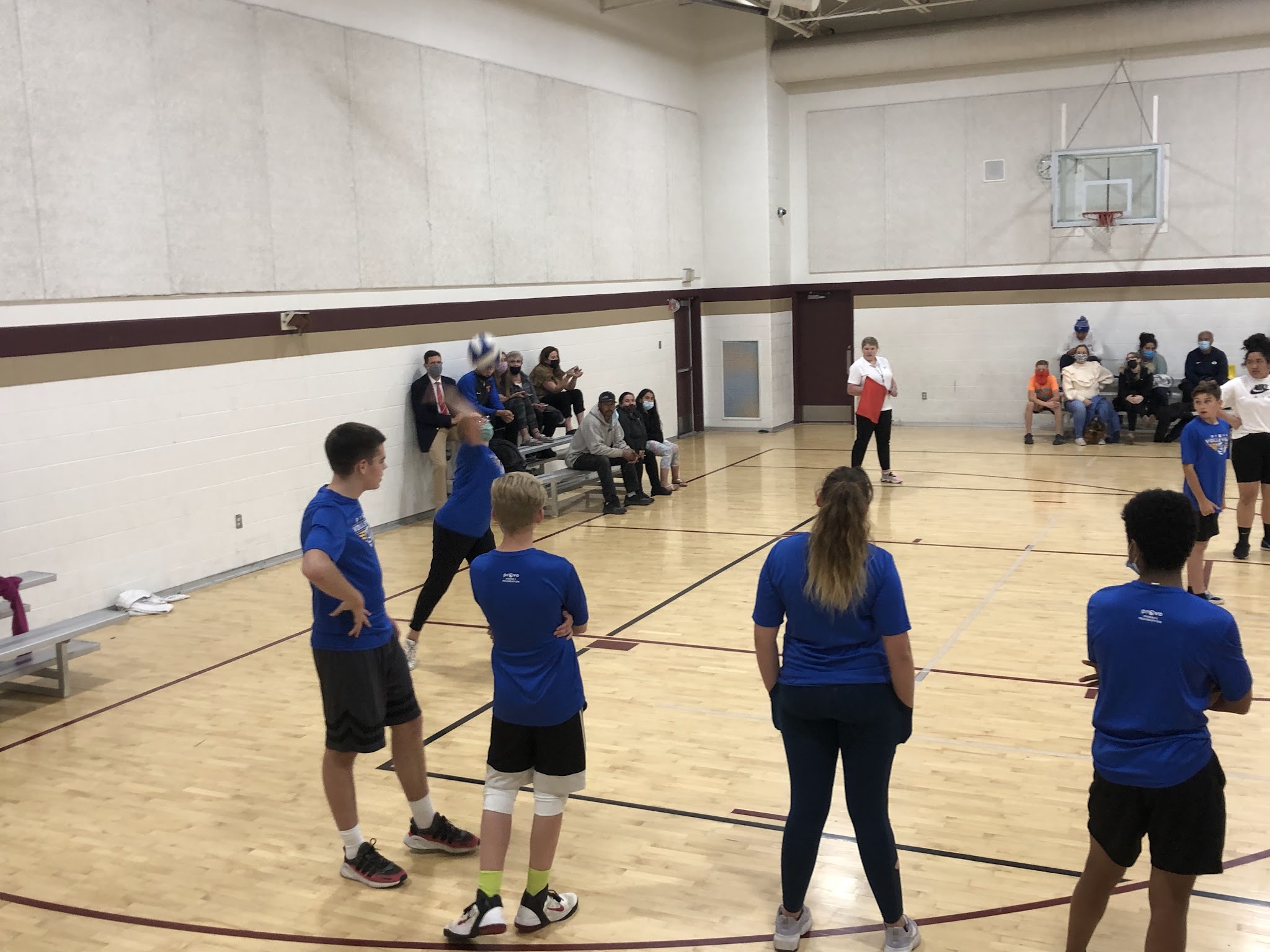 They had two coaches, and they were just moms about my age. They weren’t too intense and just seemed to give encouragement at a normal level.

Karen was so thrilled!

Got my pic with my lady.

I got home that night and Karl was still reading to the kids. 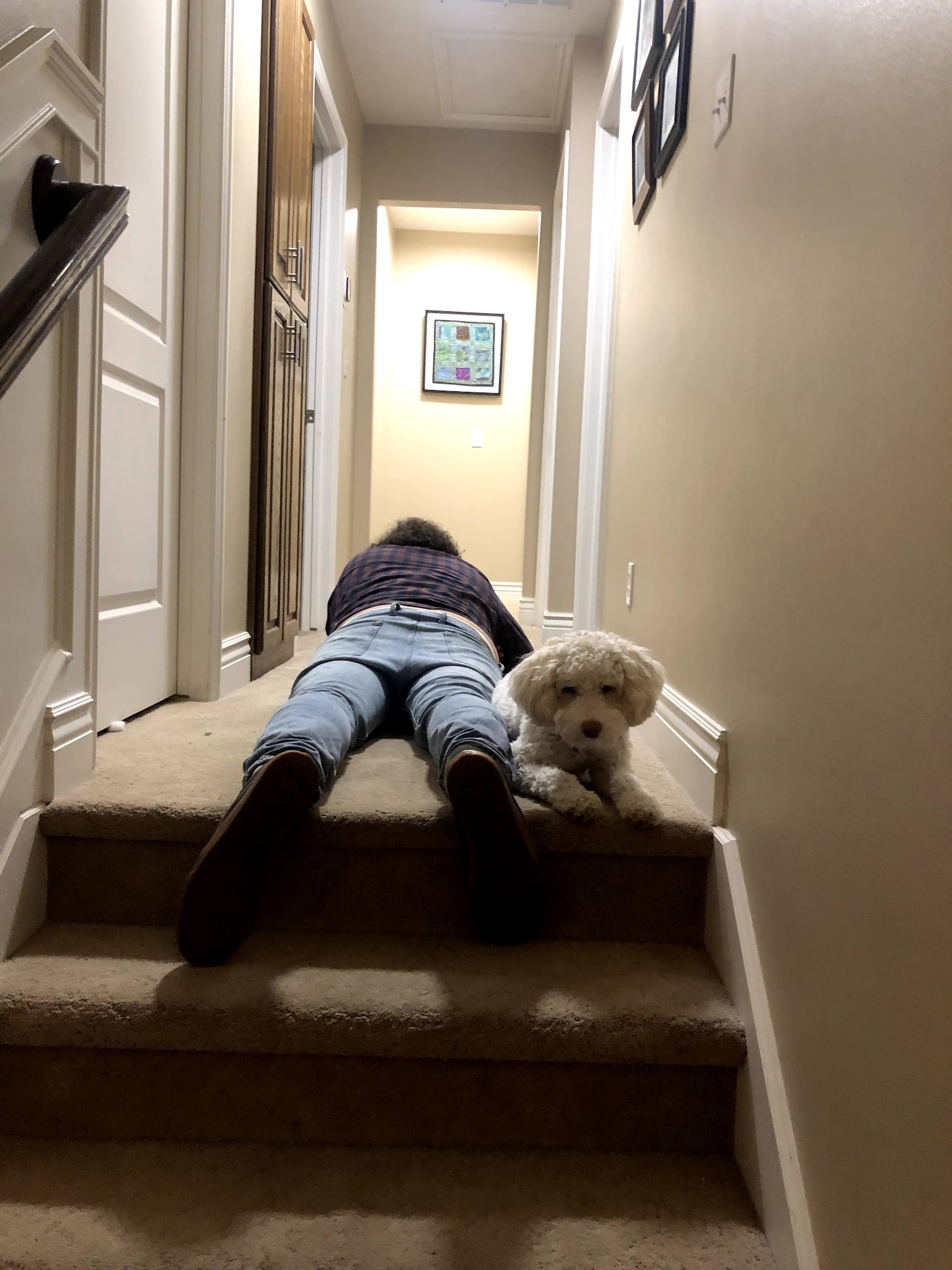 Looking tough, and ready to play! 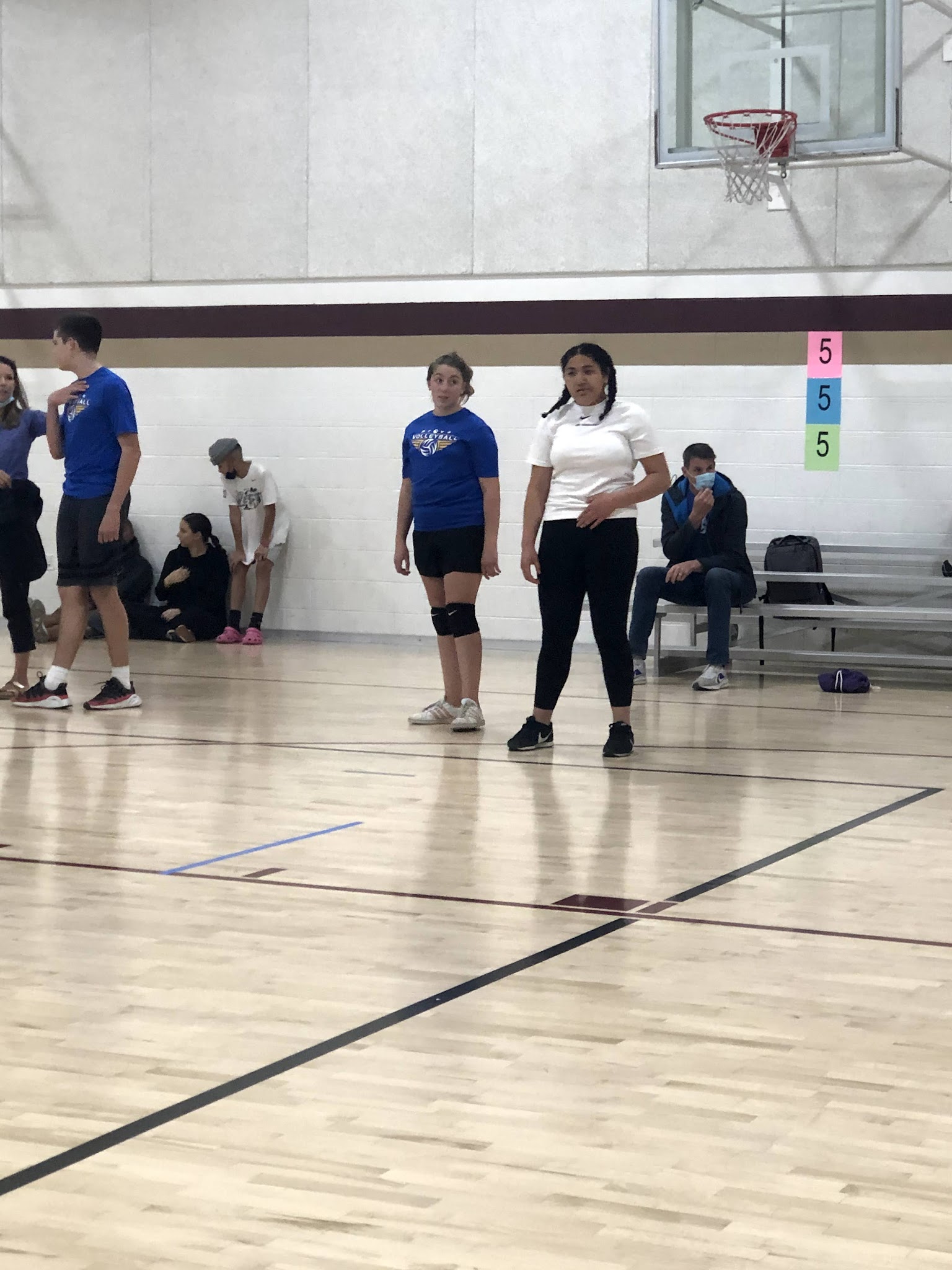 They had more than enough players on the court, she they had to rotate in. 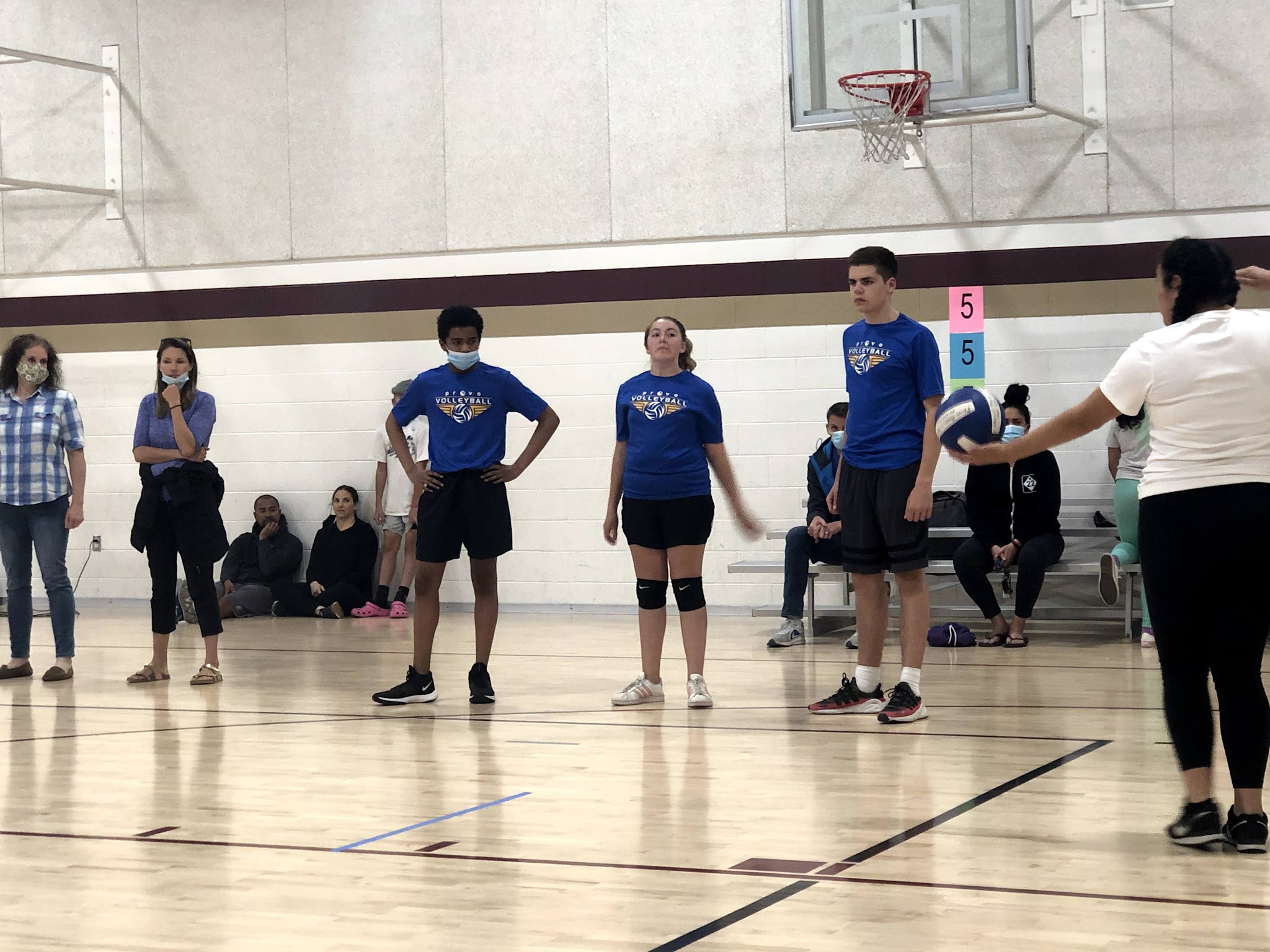 This series of pictures is about my favotie thing ever. Karen, laying it up…looking great…then…

She closes her eyes and goes for it! 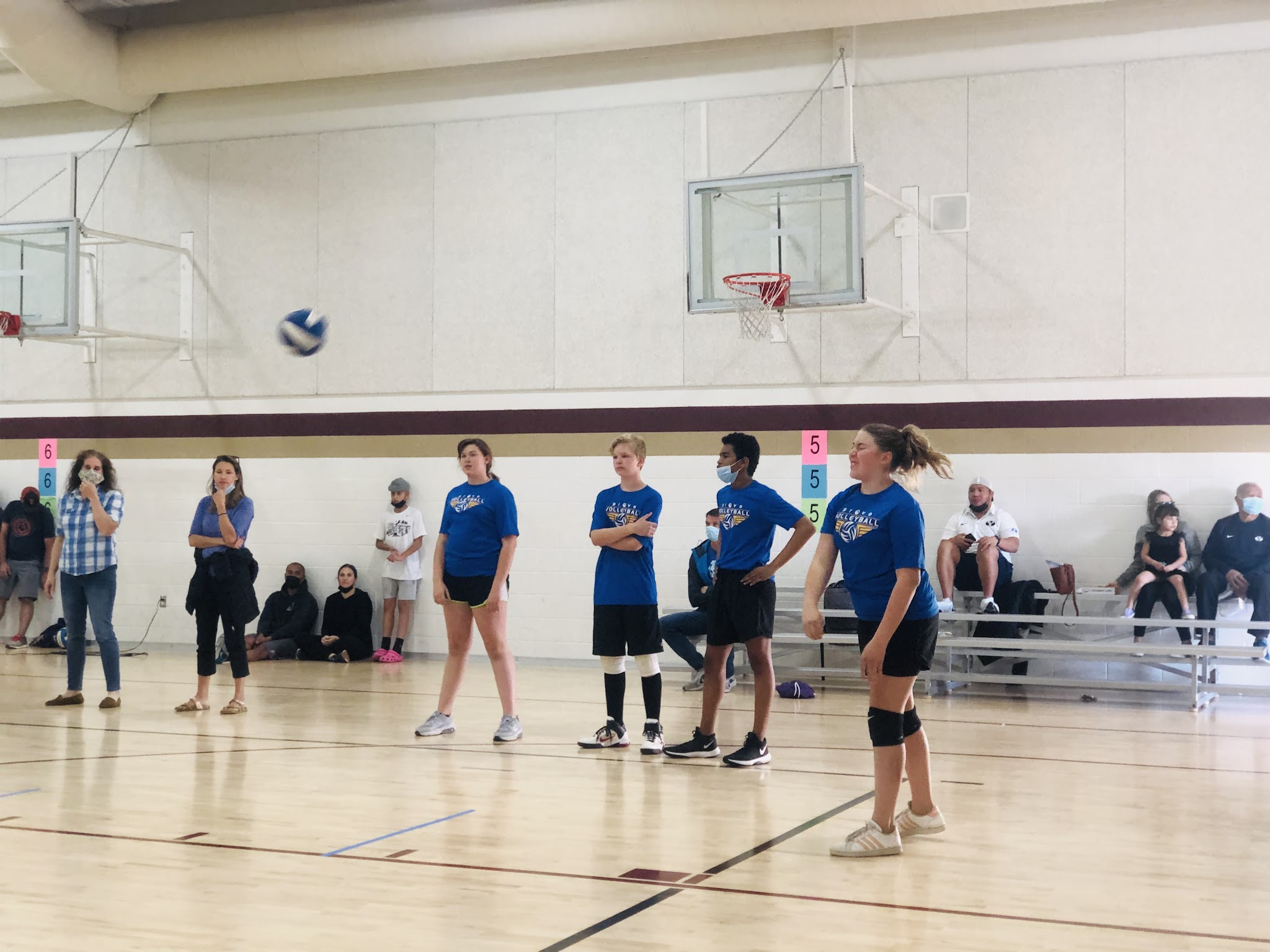 She missed, but in this league everyone gets a second shot…but she missed again. Don’t worry, she got it the next time.

Look at that animal at the net! 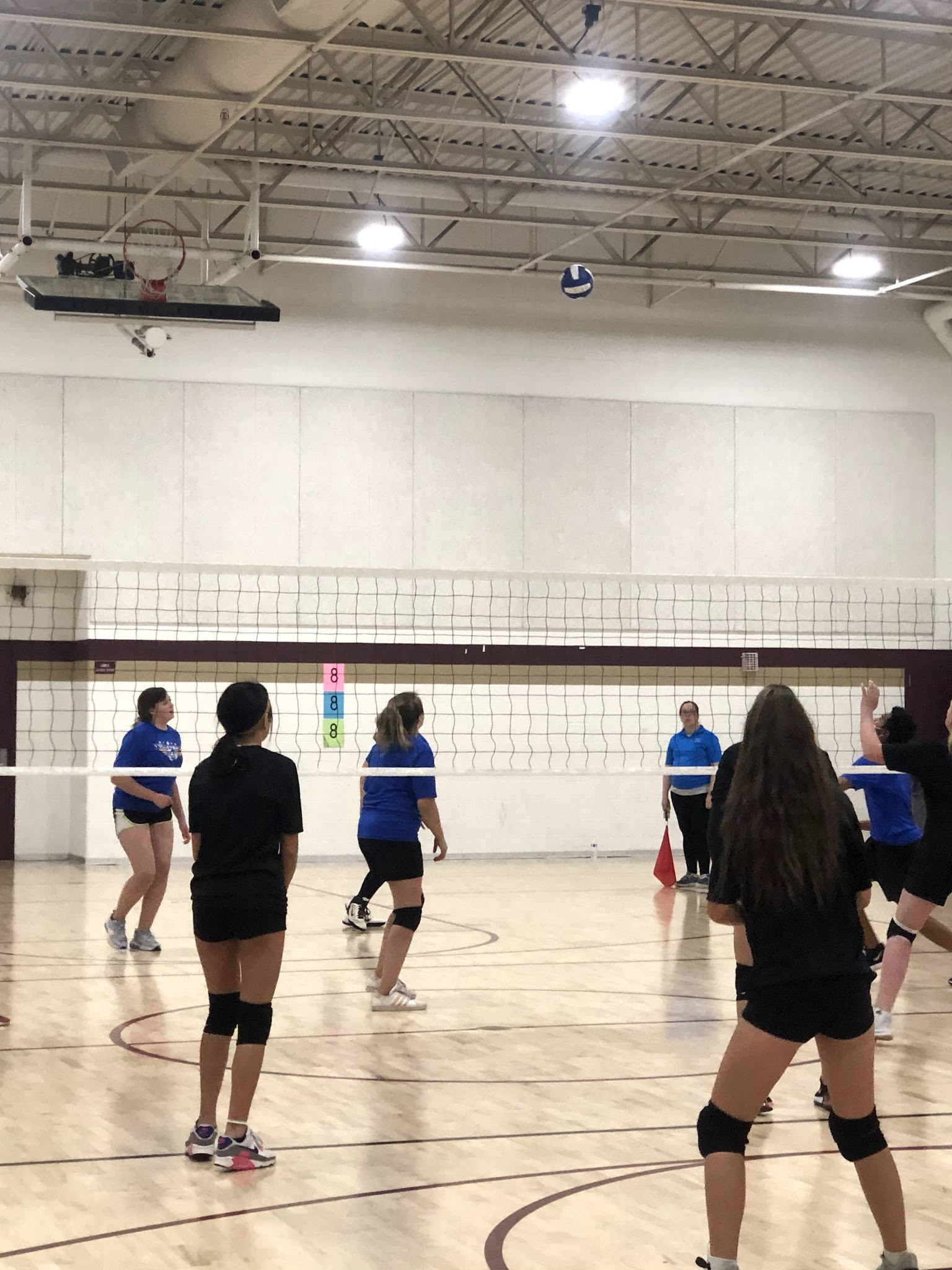 This team was intense. Although I was kind of in love with their coaches.

The wore suits and ties, and it was so cute and funny. I can’t believe I didn’t get a picture.

THIS time, I brought the kids. 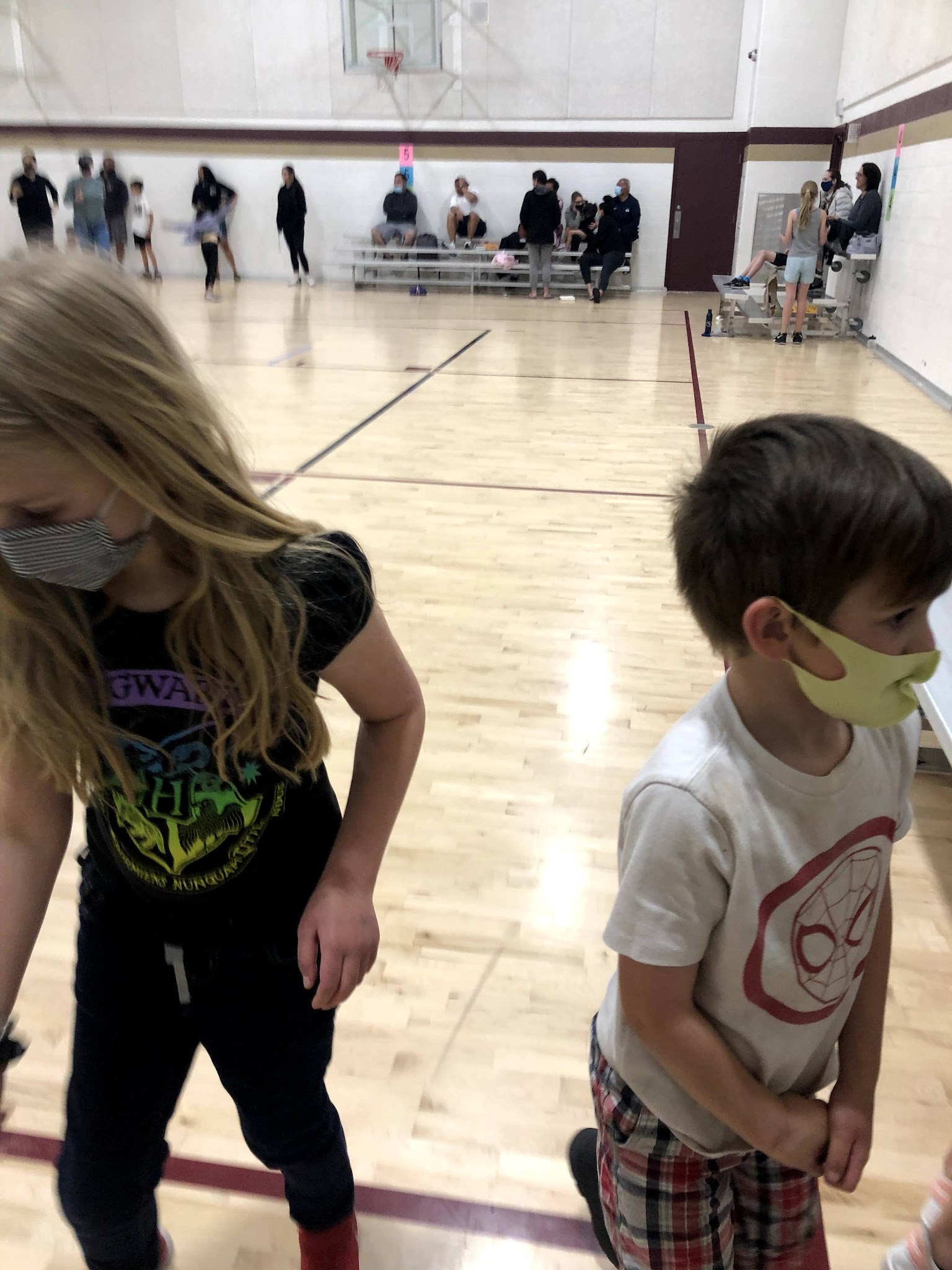 And Nana Janae was there with her friend! 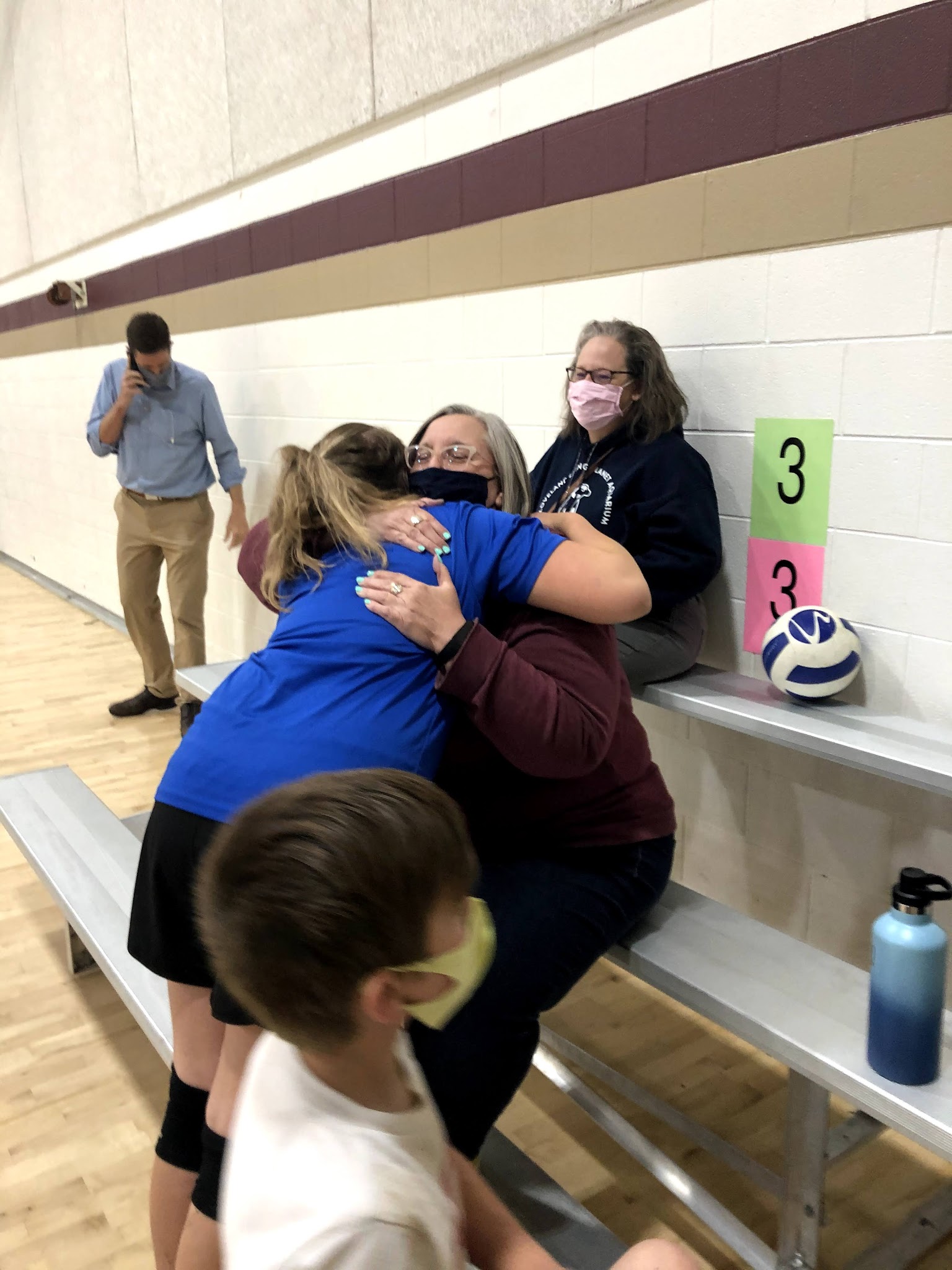 Karen and the kids.

Krysta was away with her parents so she missed this one. Don’t worry, this win meant Karen’s team went to the Finals.

This time, we were all there, and this time, we brought signs! Karl’s sign was basically my favorite.

The kids were really into it.

Karen was ready for anything!

When the team moved over to our side they were all reading our signs. They liked them.

This ref was nuts. Don’t touch the net y’all. 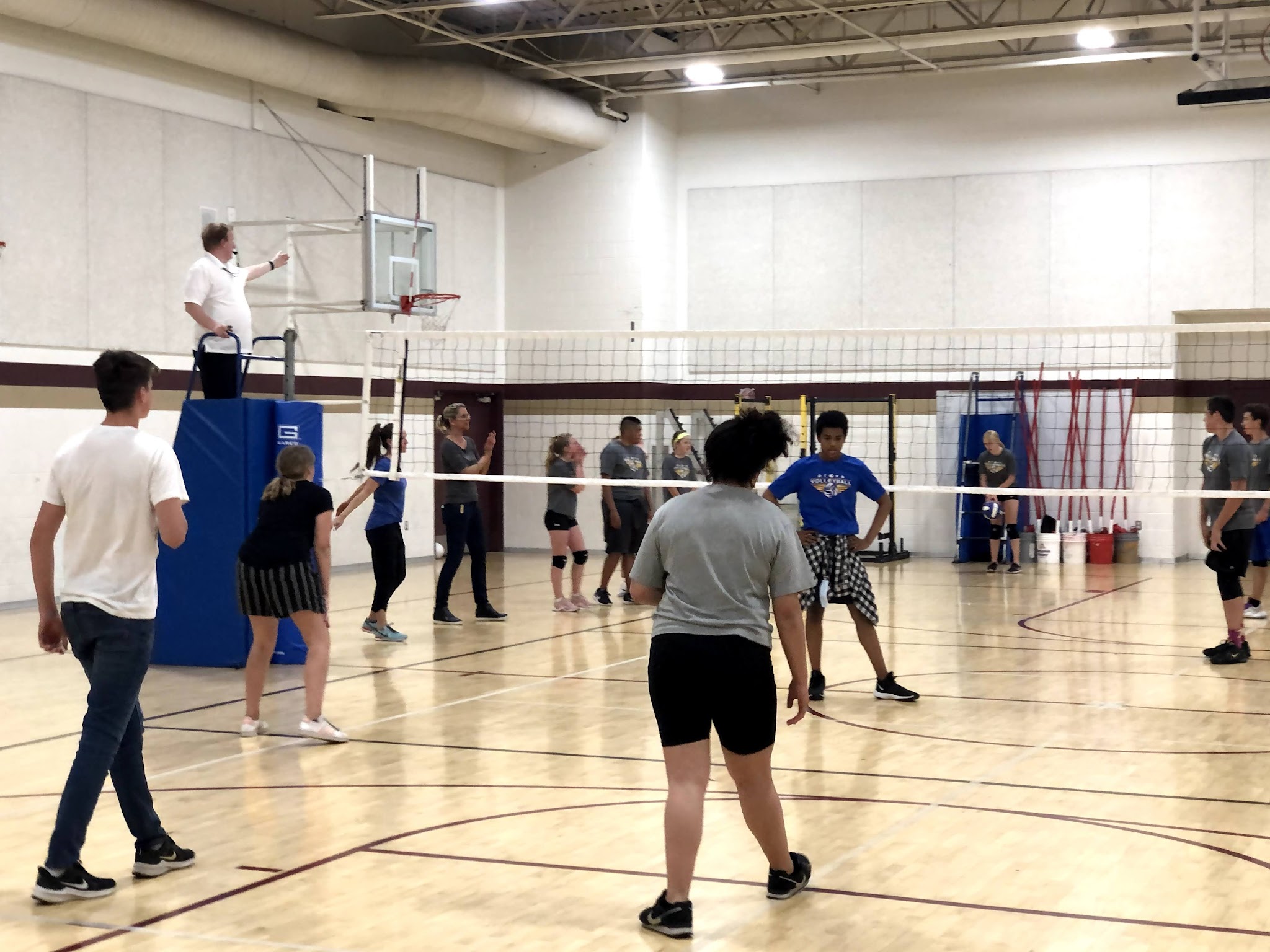 Using some questionable tactics, the other team BARLY won in the third game. Our Blue team got the same metal, and they looked great doing it. They seriously played do freaking well this last game. Better than I have ever seen! 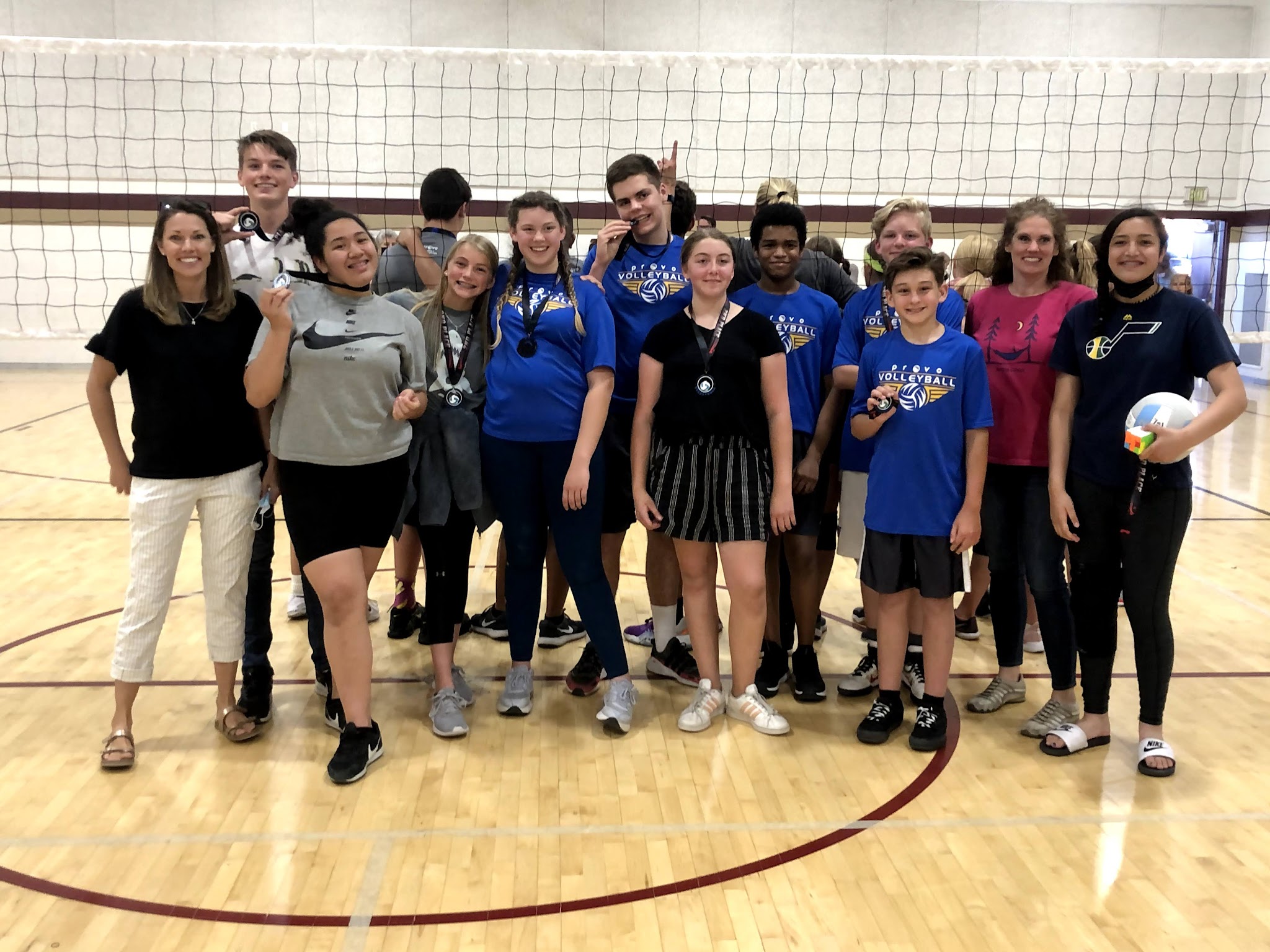 You know me, I needed to have a photo shoot at the end. 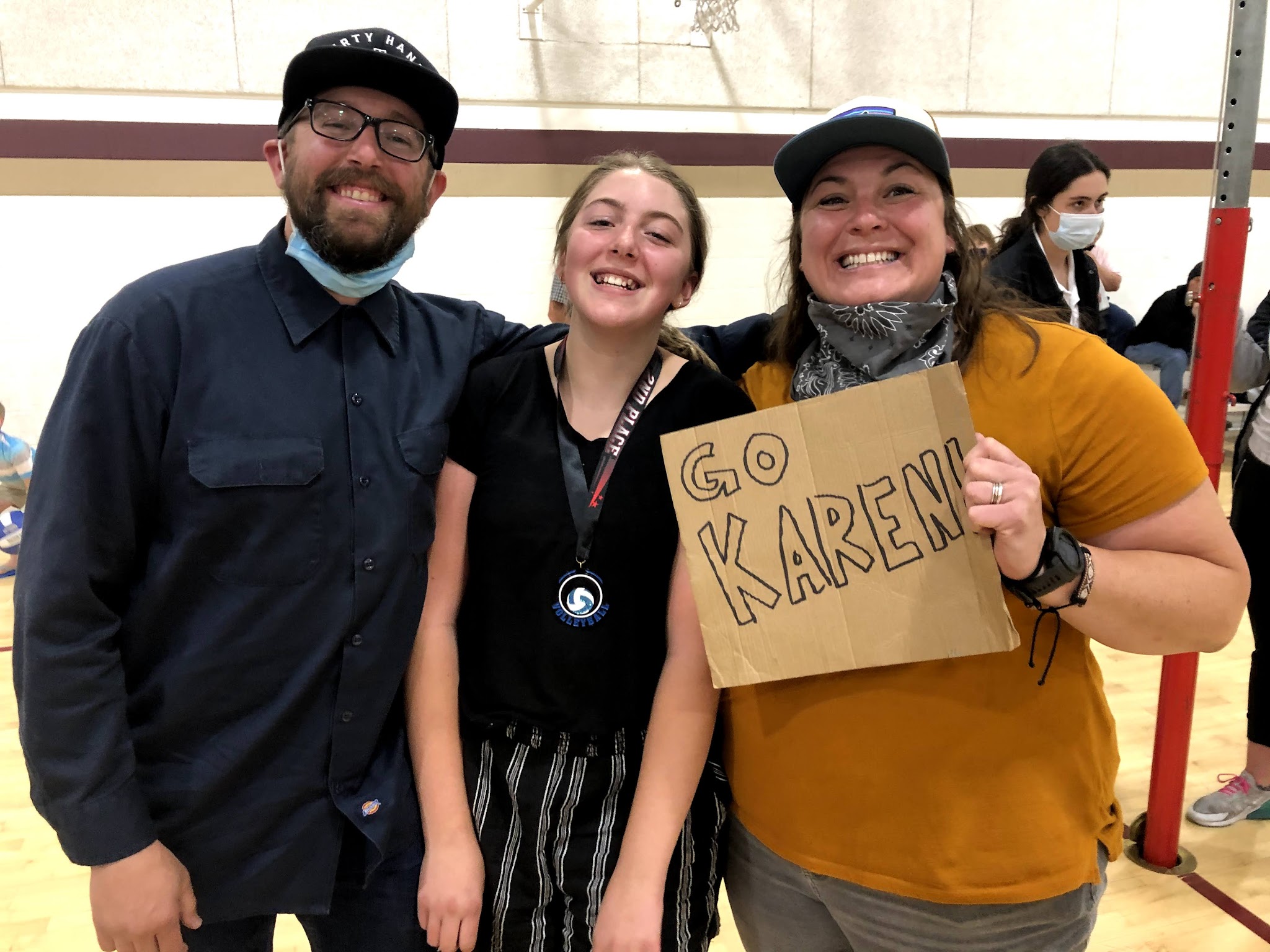 Oh yeah, I can’t believe I forgot to mention Karen served up an ACE overhand serve! She has improved so much this season, and I can’t wait to see how she plays after it. 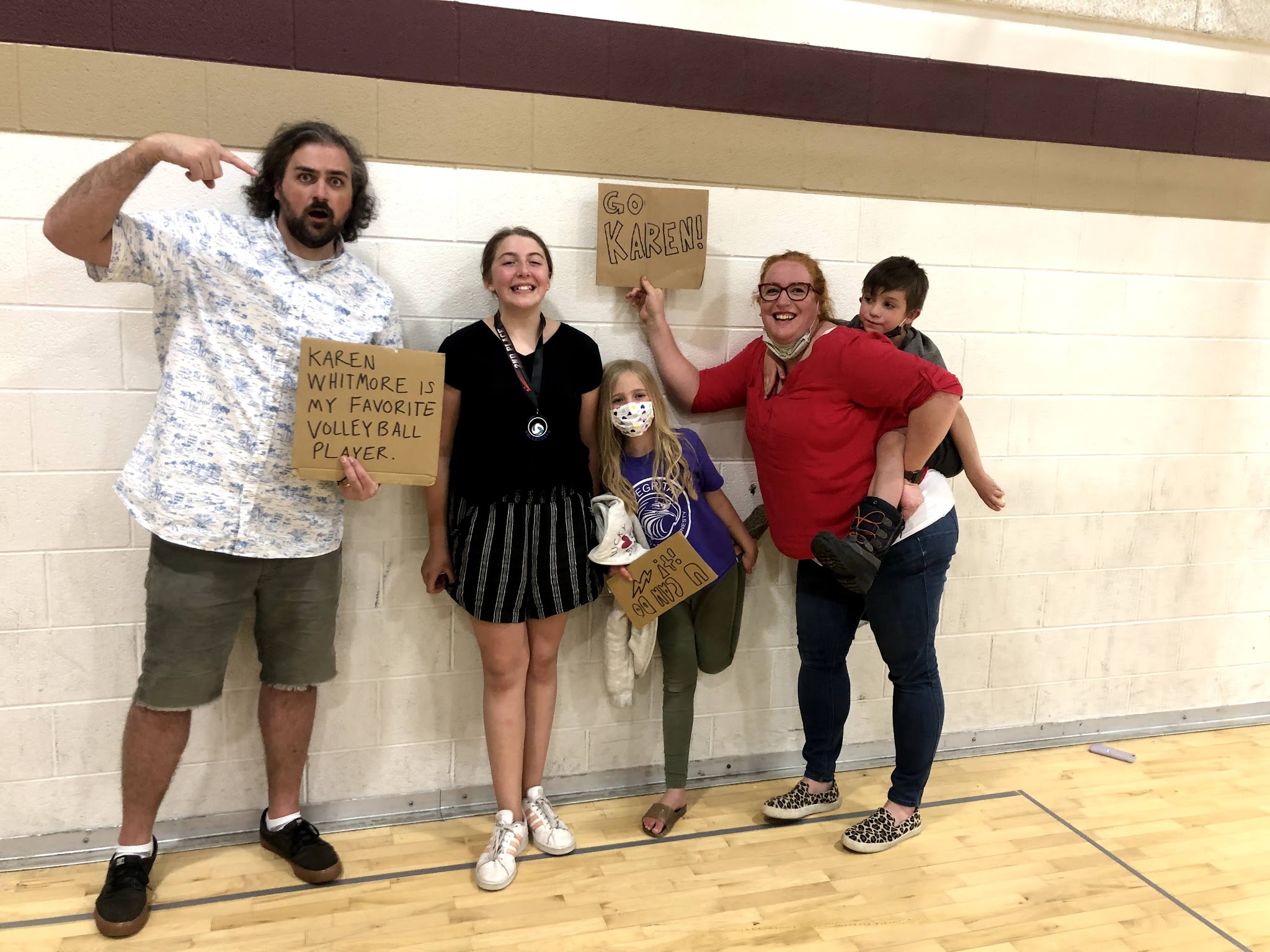