After church, Chelsea presented me with one of the most thoguhtful gifts ever. She called it a house warming gift, and before she handed it to me she said, “you may think its silly, and it’s no big deal…” then pulled it out from behind her back to show me this: 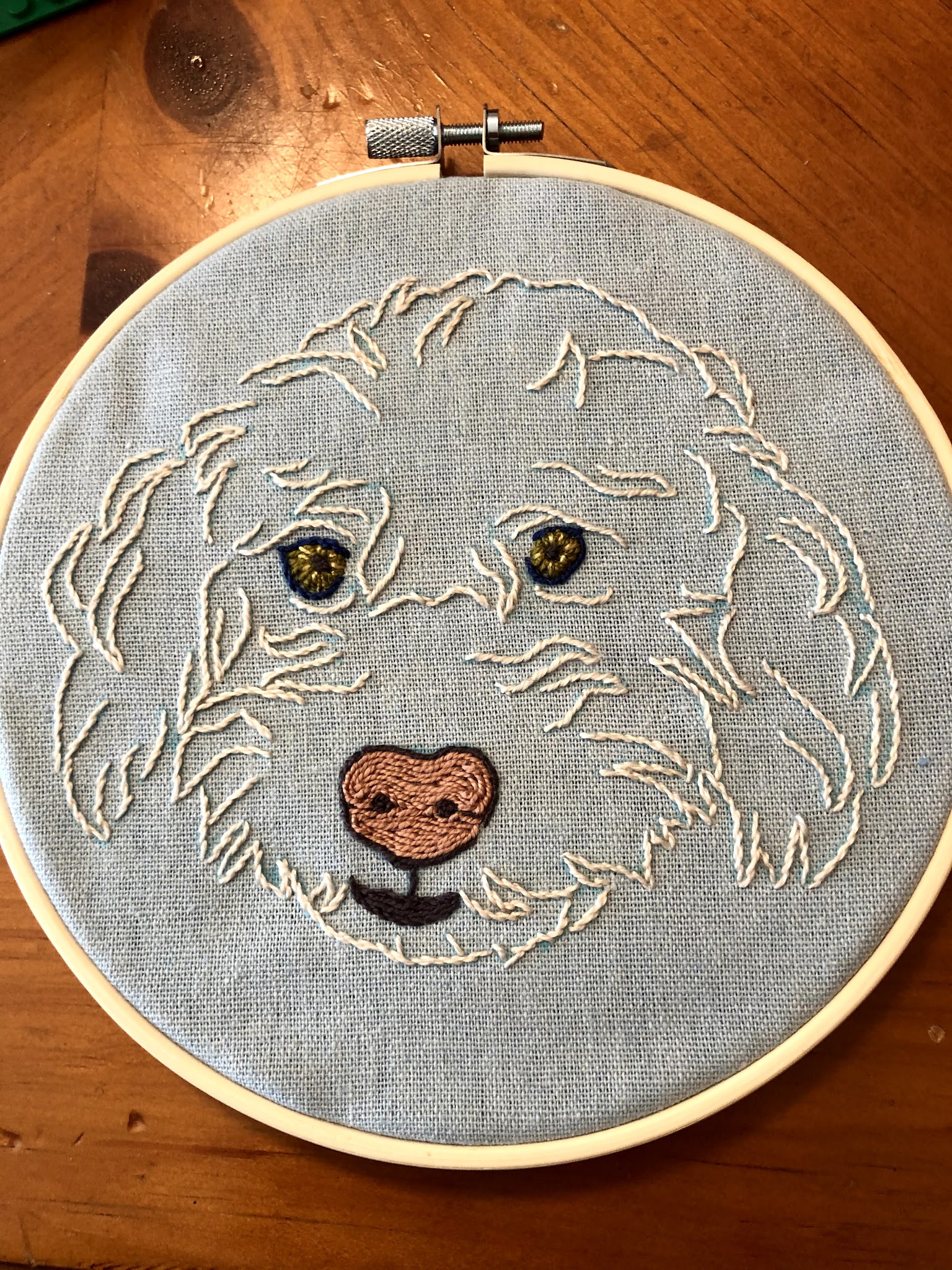 Yes, that is an embroidered image of our beloved dog Luna’s face.

It turned out so perfect. I of course started weeping, I just love it so much. She did such an amazing job. Her eyes, her pink nose, her sweet little face-it is just SO perfect. 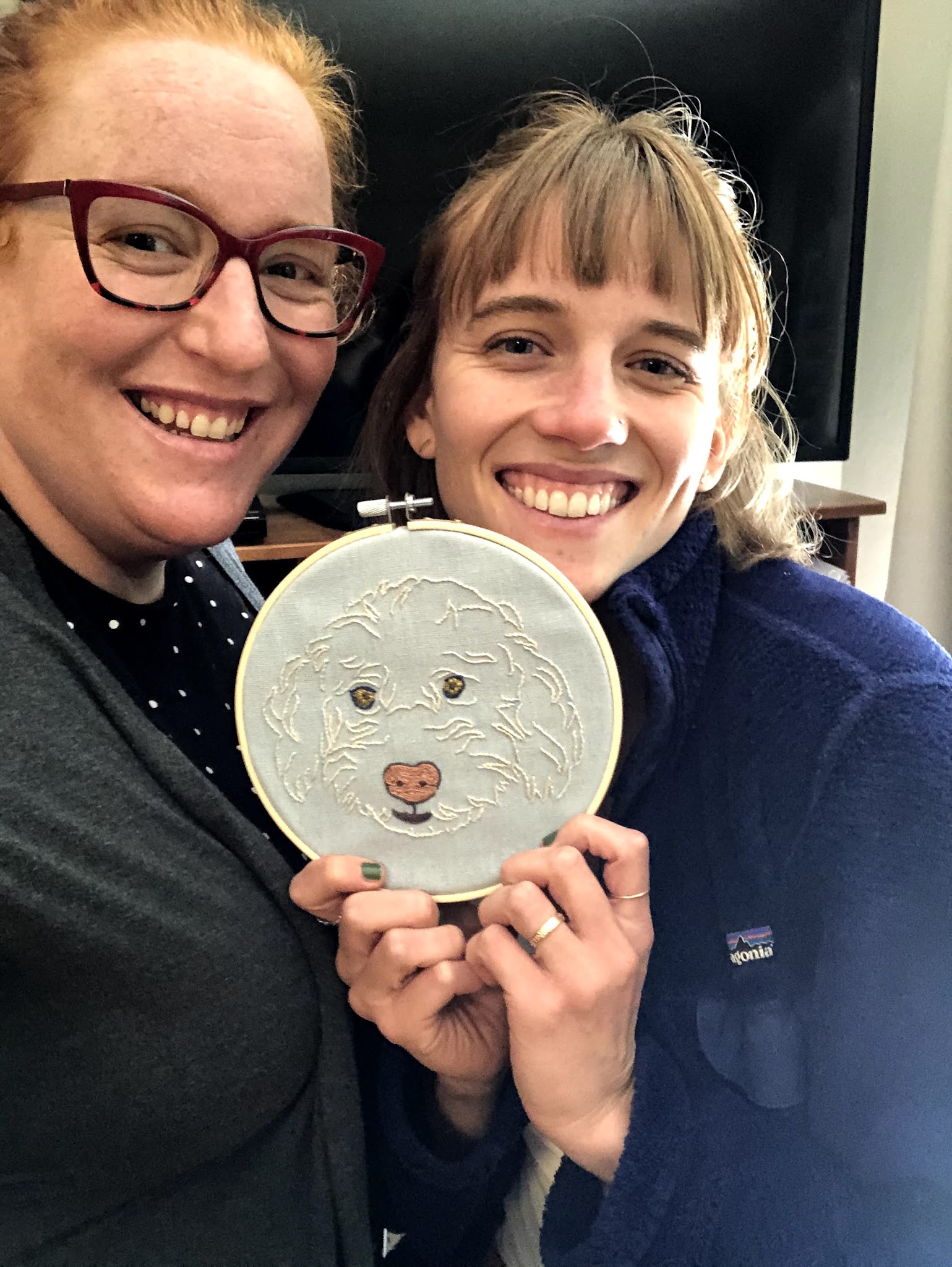 Once the shock and awe started to settle down, I wanted to hear the whole process of the gift.

So I knew that Adam had gotten her the gift of an online class to learn embroidery, and she had even shown me some of the other projects she was working on. BUT she had this in mind for a while, and was waiting on her friend Reggie to do a sketch from a picture for her. WEEKS ago, she had asked me to send her a picture of Luna’s face. Obediently and with out any questions I sent her a few different pictures. She never gave me any explanation, I guess I assumed since she was a dog person she had met someone with a golden doodle that looked like Luna, and wanted to show them a picture for comparison.

Reggie has been busy with finals, so it wasn’t until last week that she was able to get bell this sketch based off of one of the pictures. 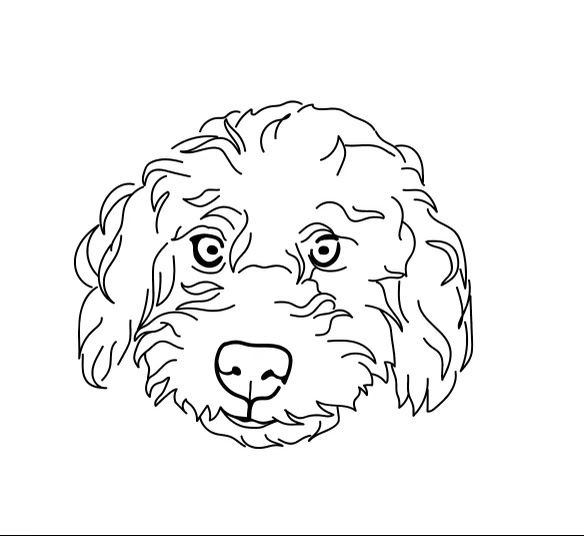 Belle then showed my how she used a blue pencil to trace the image onto the fabric by holding it up to a window. 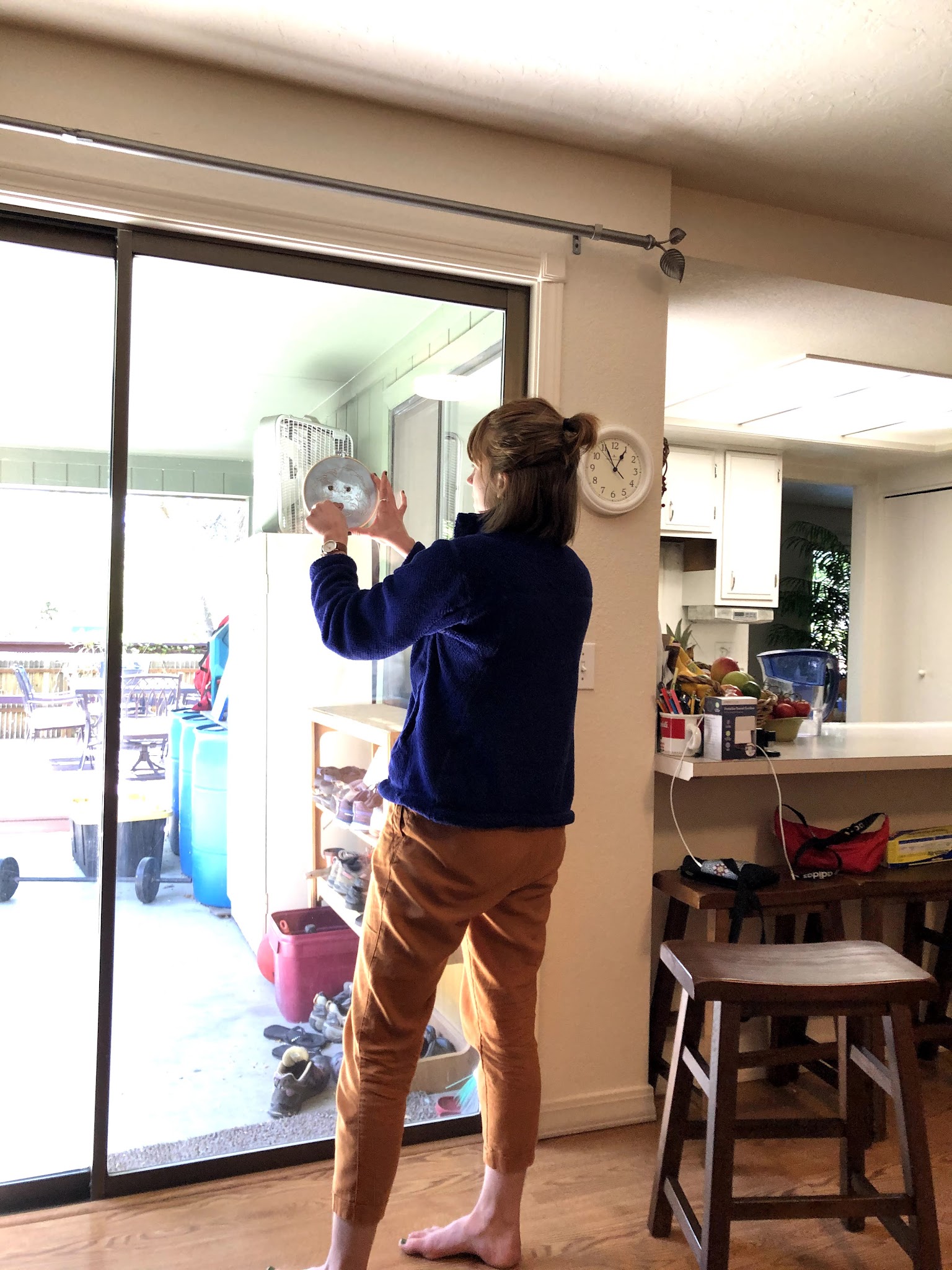 She started with the fur, then went to the nose, then last the eyes.

Seriously, she did such an amazing job.

I love it so freaking much.