So after being married for 3 years, we had another first, our first over night camping trip! 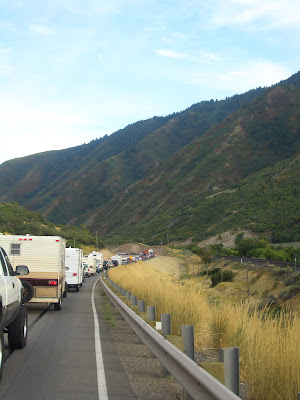 The trip started with a bang. As soon as we got into stupid Spanish Fork Canyon, we hit a traffic jam. We sat there for a while. I was able to take this picture of the new wind mills: 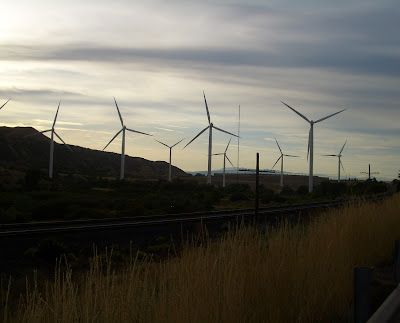 We finally got going and things went smoothly until we turned off the main road. We were told that there would be a short dirt road to the camp site. Although the road was less than five miles, it was five miles of a hilly and rocky dirt road. 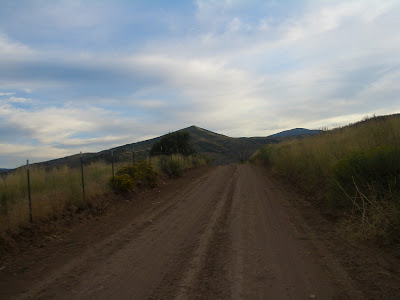 There was even a couple of times that I had to get out and kick a bunch of sharp rocks out of the road. 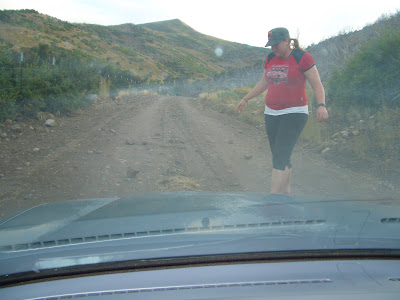 We made it! And set up our tent in the great out doors for the first time! 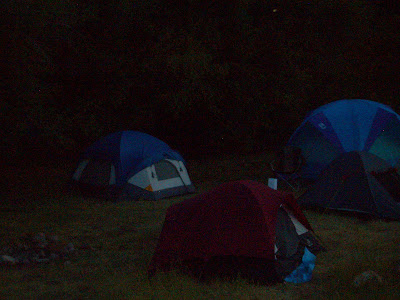 The only trouble with setting up the tents was that there were cow pies EVERYWHERE. I guess Sister Englehardt was saying that she spent quite a long time getting all set up and getting ride of many of these…pies. 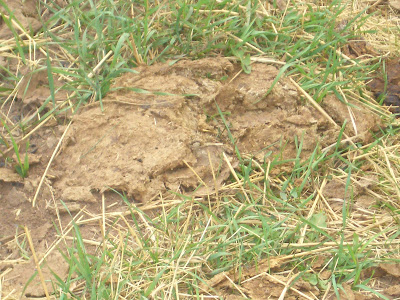 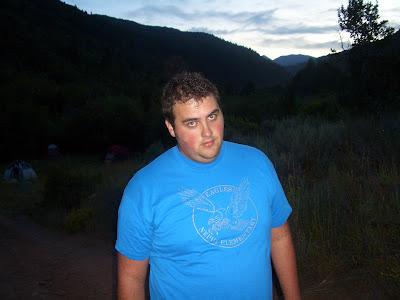 Seriously though, the trip out to Nebo Creek may have been disheartening, but once we got some food in our bellies, we were happy. 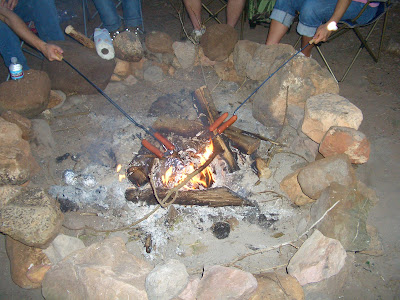 Geoff and Jessie made tin foil dinners too. They had fish again. Just like the time that we went to Provo Canyon with my mom. 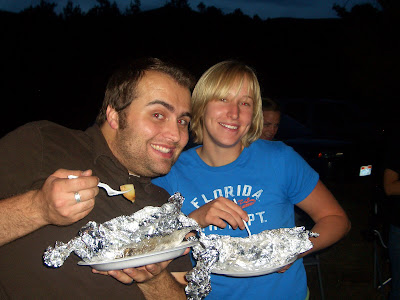 We arrived late to the activity so people had been busy playing for some time when we finally got there. There was a group that had gone fishing, and when we pulled up, and up until it got dark there we people shooting, guns. 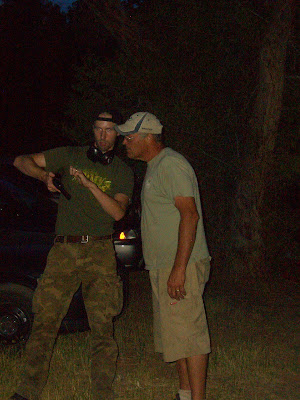 Here is Bishop and Cliff Bergmann checking out his hand gun.
It got late and we ate snores and had a devotional around the fire. Karl and I turned in around 10, and actually we slept really well. 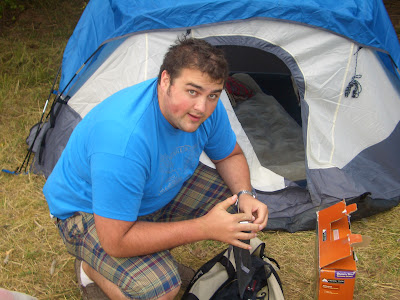 Karl was really happy to get up nice and early. 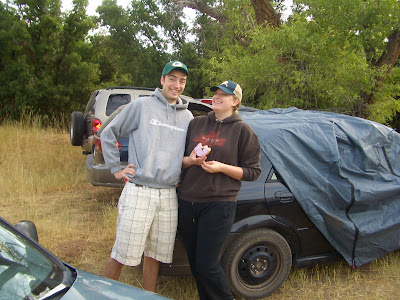 The Beyrich family were our neighbors at night and we had a good time getting to know them better. 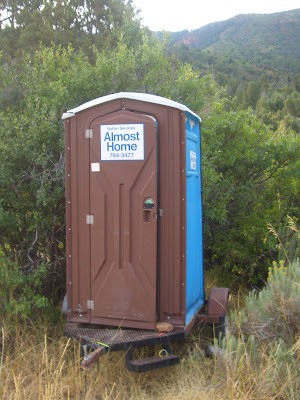 We had all the amenities of home…almost. 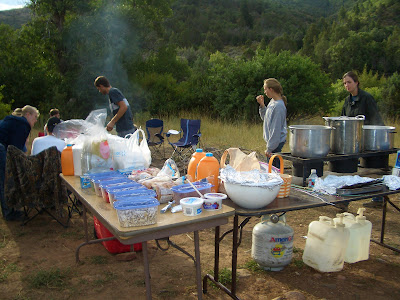 Breakfast was this really cool omelet bar. With all the fixings.
We were happy to be eating a warm meal, dinner the night before was a little disappointing. 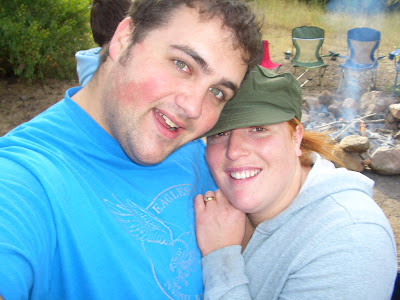 The trick to the omelets was that they were boiled. You take a couple eggs, fill your toppings as you like it, and mush them all up. 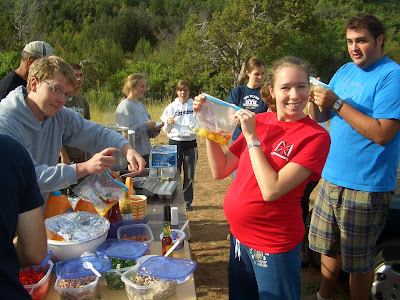 You put your name on the bag, and then… 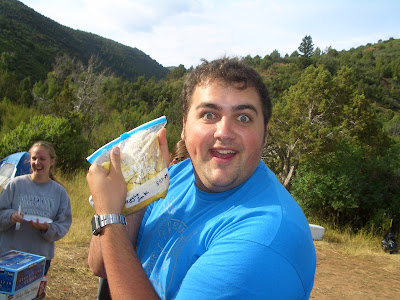 You thorough it into a pot of boiling water. 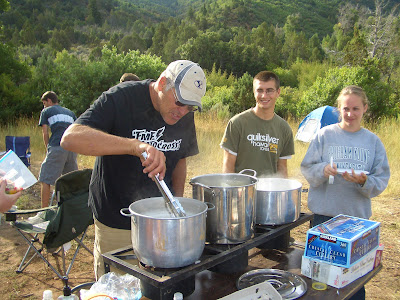 There was OJ and bagels, the ward really did a lot to make this a fun activity. 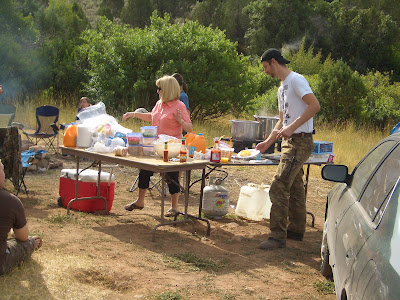 That sister in the middle, is that mom? NO, it’s sister Englehardt, our bishops wife. She is so wonderful. She has been a true friend to me in the ward. I just love her!
There were lots of left over…egg shells. 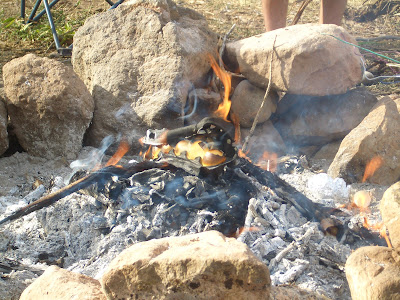 The morning got later, and we were starting to feel drowsy, so we though the time to go home must have finally come. 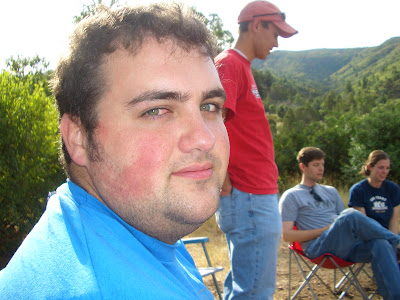 We packed up the car and were on the road again. The trip out didn’t seem so bad, and the views were beautiful. 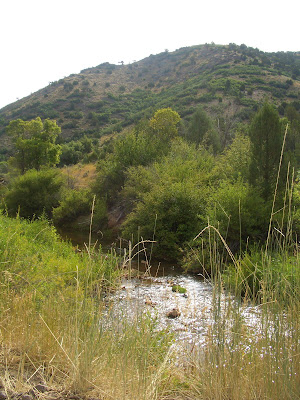 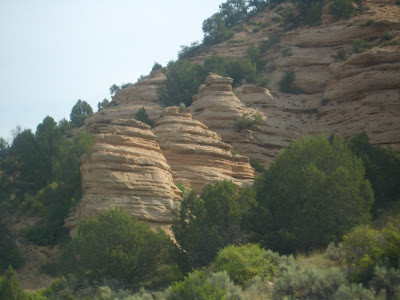 3 thoughts on “Ward Camp Out”