Last summer Krysta and I would go on walks in the mornings before I left for work. It was honestly one of the most wonderful times…ever. It was a great way to get to know our neighborhood here in Provo. It was really cool. We would walk and talk and look at the old houses and the big yards. We would also look at all the gardens and talk about what we would plant if we had a garden.

There is this little plot below my apartment window that I always had my eye on. Once the first set of snow melted mid February and I saw the Daffodils springing through the snow I thought about the Secret Garden, and the garden’s last summer. I talked to Krysta and that was that, we were going to plant a garden together.

After the snow yesterday the plot of land melted to this: 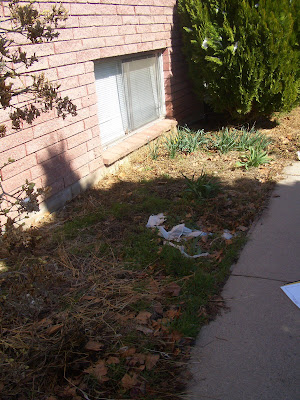 After work to day I came home and Krysta and I went to get supplies. We know we can’t start planting for at least another month, but we bought them any way. Sweet peas, carrots, squash, zucchini. We even bought strawberry plants. We are planning on getting tomatoes in May, which honestly is the only thing that I really want anyway. Today we just wanted to get the ground ready to plant.

Aren’t Krysta and Karen so cute? Karen just wanted to hold all the seeds. 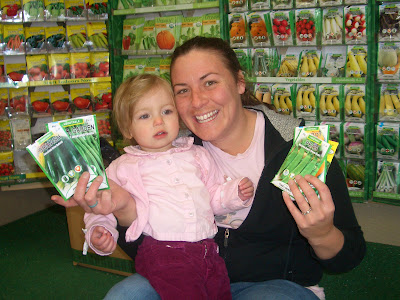 Did you know there are a million different options for fertilizing your garden? Most of them are really expensive and we couldn’t really tell which one was what we needed. So we went with what we knew: 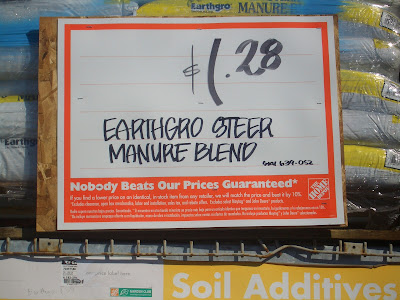 Smelled like Brawley, Karl’s home town. Not that Karl smells like manure, just his whole stupid home town and their Brawley beef fed football team.
We also bought matching gardening gloves, a spade, a rake, a shovel, and a bucket. It was good times. Karen was great. I was a little nervous about how she would do while we worked, but she was so awesome. She even ate some dirt. The day was complete. 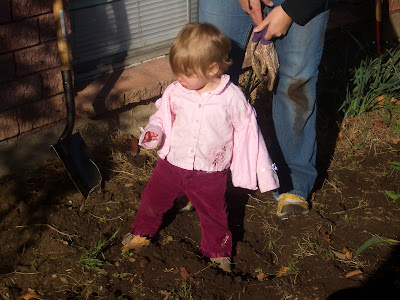 We dug up weeds and rocks for hours. We transplanted some Daffodils, which went…ok. 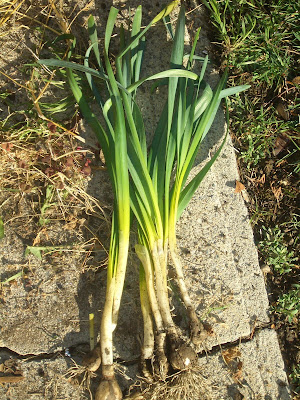 We were having a ball. 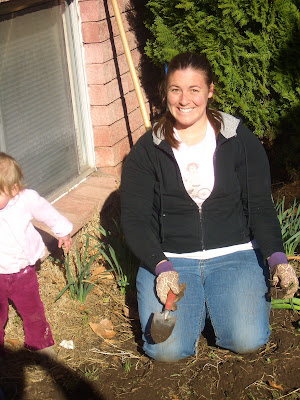 It was getting really sunny. I need a hat. 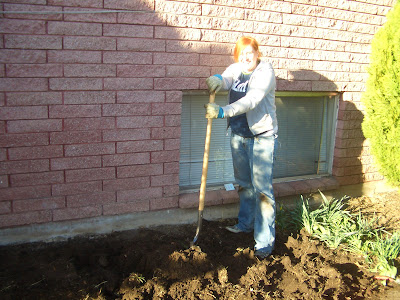 Krysta found a shopping cart near the complex garbage and thought we could use it to haul away grass and weeds. I decided to use a sled I had been storing in my trunk as a seat to while we dug in the dirt. Our bags were every where, it was a mess. I left for 5 min at one point to pick up Karl from work, I got a glimpse of the scene. 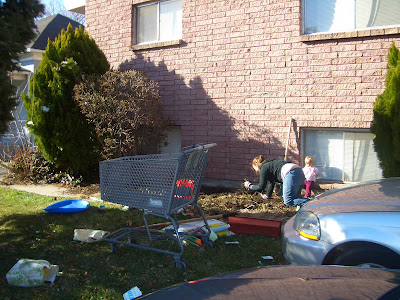 It made me laugh.
Krysta was right however, the shopping cart came in handy. 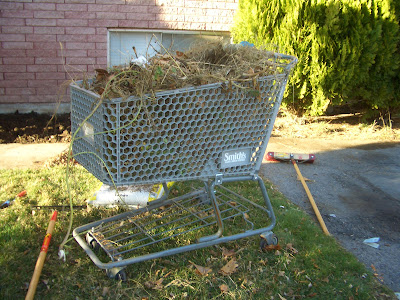 We got most of the weeds and grass out and Karl offered to take care of Karen and take some pictures from our window.
Oh, my gosh…I love this picture. 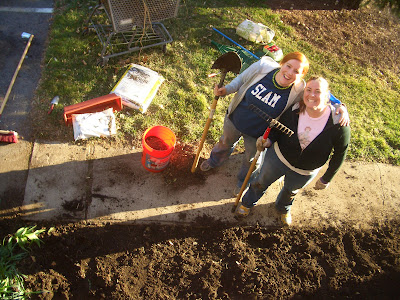 We were almost done, but we still had to fertilize.
Brawley…Heber…Holtville. Ahh…the smells of the Imperial Valley. 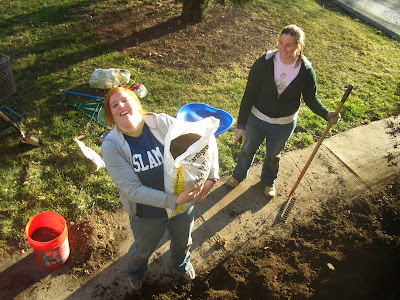 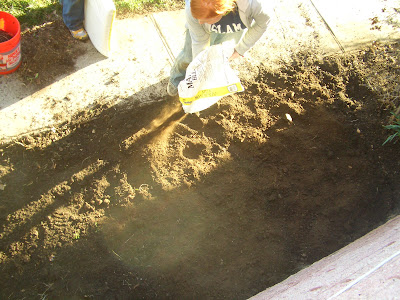 Krysta churned in the dirt while I raked it in.

Karl and Karen hung out upstairs while we finished up. Seriously, no blog is complete with out at least 3 pictures of Karen. 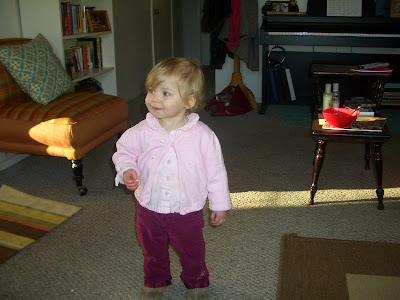 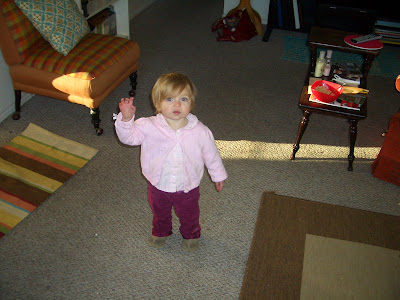 After. It looks pretty freaking good if you ask me. 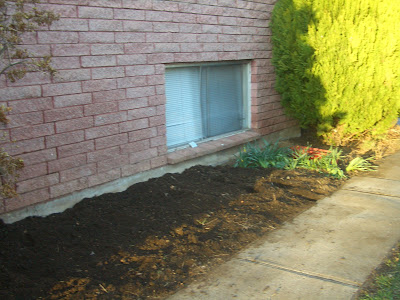 Day One, The End.

5 thoughts on “Garden: Day One”