About a year ago I learned how to to cut Karl’s hair at an enrichment activity in the BYU-I 68th ward. It was one of the most useful and fun Relief Society activities that I had ever attended. So when I was called to serve on the BYU 25th ward’s enrichment committee and we were brainstorming for activity ideas…of course I was going to suggest it.

The day of the activity finally arrived on Wednesday. This was very fortuitous timing because the time had come, the walrus also said, for Karl to get his hair cut. 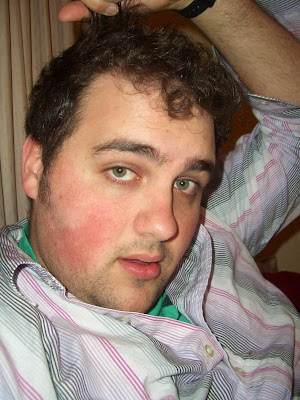 I mean come on, check him out…thick in the back, puffy on top. Karl was happy to volunteer for a free hair cut. When I cut his hair, it usually takes a long time, and usually ends with Karl being a little frustrated and me crying. 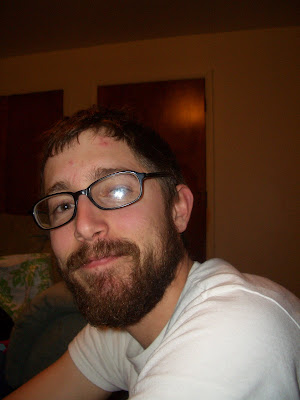 Zac Whitmore was our other victim…I mean volunteer. He said he wanted to look like Richie Tenanbaum with no hair and big beard…until Richie shaved both of them off and tried to kill himself.

On a lighter note, the activity was held at the lovely Jessica Mikel’s house. She is a good friend and fellow enrichment committee member. 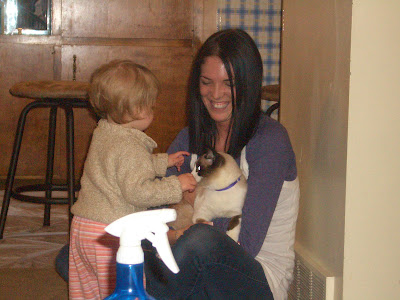 Here she is with Karen and her cat…whose name suddenly escapes me. What is his name Jess, I can’t remember? Karen was hilarious. This is the closest she got to him. Although later in the night Karen did take some time to chase him around.

Karen loves Karl. I think she might have been concerned or confused as to why he suddenly dressed in a black cape with a strange woman using scissors on his head. 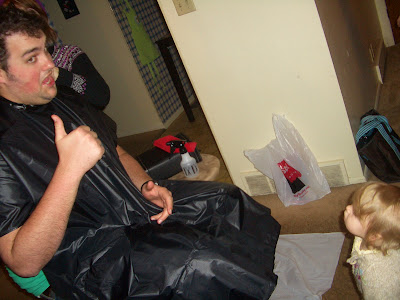 I hope she doesn’t get any ideas. Like the time my little sister Krystin was 4 and cut all her bangs off. I think she regretted her decisions because we found her hiding in Mom’s closet with her bangs gelled to her forehead. I love you Krystin.

This is Laura. She is a student at the Paul Mitchell Beauty school. She was seriously so great to do this for free for us. She taught us four ways to cut boy’s hair.
1. Scissors alone with fingers.
2. Clippers with a guard
3. Scissors over a comb
4. Clippers over comb. 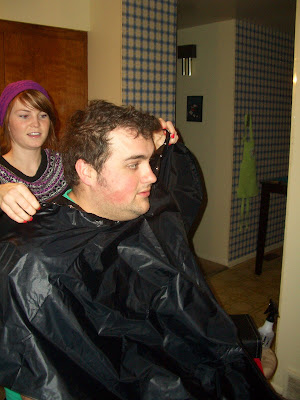 When I cut Karl’s hair I usually do all four methods depending on the part of the head that I am working on.

Karl loves to get his hair cut. I mean look at that face. 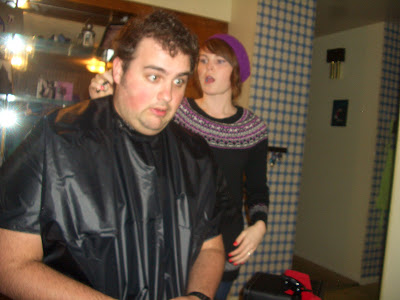 Another random Pipkin family story…When Brandon was a little boy he always fell asleep when he got his hair cut…so cute.

The group was riveted. Jess, Lisa, Clarissa, Alexis and the rest of the gang. 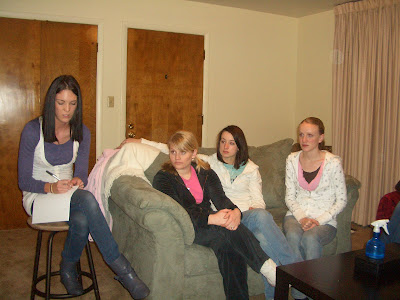 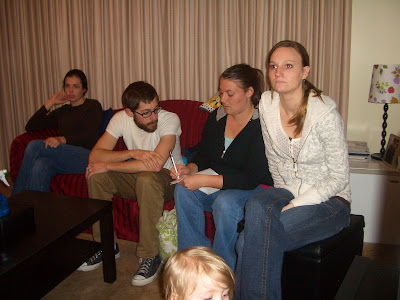 The sides were all done…just a Jimmy curl left. 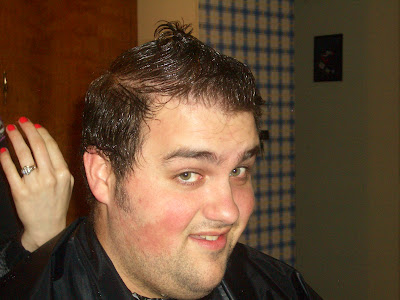 Alexis, my visiting teaching companion, and Lisa, one of the marvelous girls we visit, were quoting something I don’t remember…looking good doing it though. 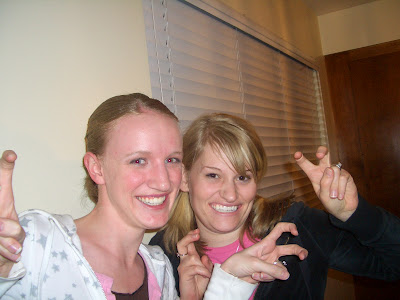 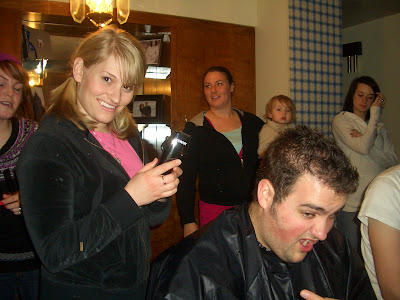 It turned out that he had nothing to worry about. She did a very thorough job. Seriously, I think she went over his neck ten times, taking probably ten minutes. I love you LISA!!! 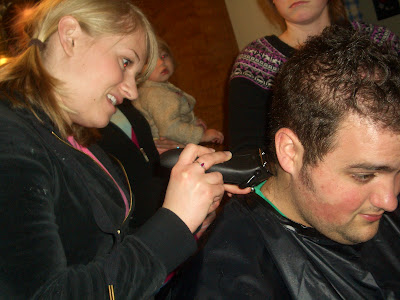 Near the end Karl realized that he was starting to grow more hair in other places. 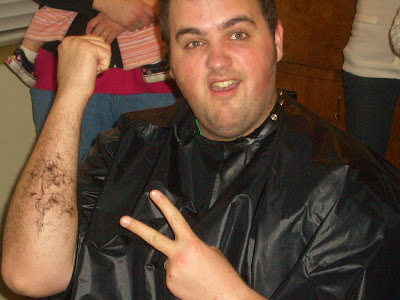 As we were finishing up Karl, Zac was up. Clarissa was a bit nervous, but she did great. The boys were having the time of their lives, I mean look at those faces. 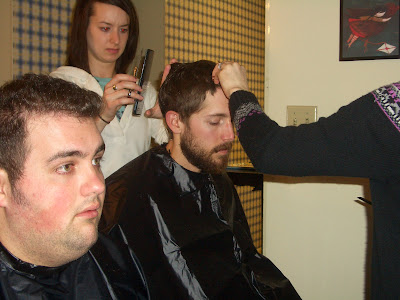 And even though they look less than happy, all the sweat and tears were worth it! Just look at these guys: 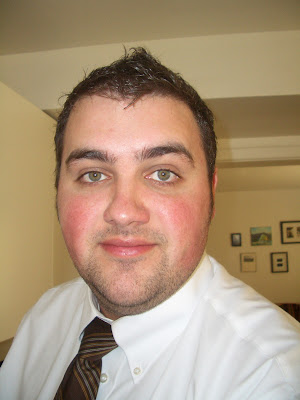 Karl is so HOT! 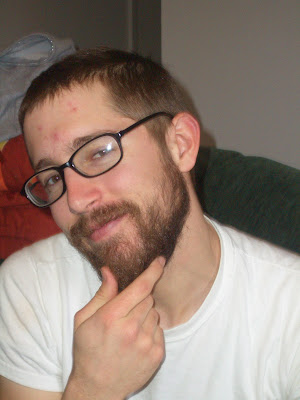 Zac is workin’ it!
Thanks to all the ladies who helped these gentlemen, and thanks to Laura for the lesson. Oh, and of course, thanks to Jess for letting us get hair all over your apartment.

3 thoughts on “Enrichment Through Haircuts”