I have always been really curious…about Dungeons and Dragons. Karl’s sister Caitlin is really into it and it has always been this totally foreign thing that I have heard a lot about, but I still have no idea about. So when Zac and Krysta told us about joining a group to play, I agreed because of curiosity more than anything.

It took us forever to get started. We bought a huge bag of dice and with the help of a character generator program we made our characters: 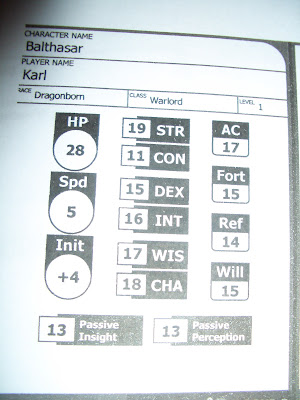 Karl’s character, Balthasar, is a Dragon born Warlord. He chose the name because it sounded serpentine. He couldn’t decide where he had heard the name, so we looked it up and decided it must have been one of these: Part of the MAGI Super Computer System in the Japanese animated series Evangelion or Romeo’s manservant in the William Shakespeare play Romeo and Juliet.

I thought it must have been the demon in the episode “Bad Girls” on the TV show Buffy the Vampire Slayer.

However the picture in the book of Karl’s character looks like this: 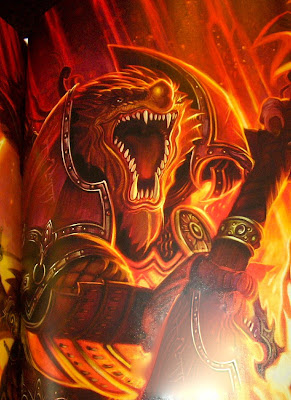 Karl was pleased with his choice when he saw it. 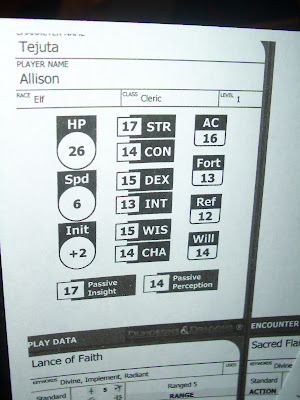 I named her after the Warrior Princess of the ancient Iliria, the ancestors of the modern day Albanians. 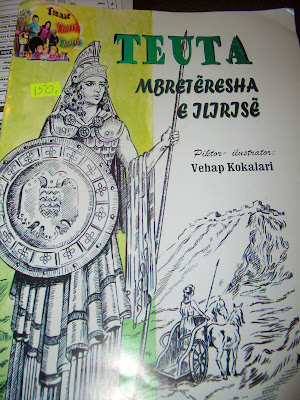 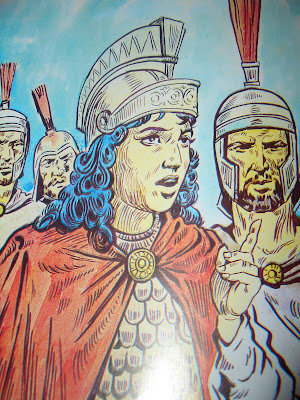 These pictures are from an actual book I bought in Albania. You can see the printing quality is a little sketchy. As Karl said it, “why does Teuta have a sweet beard?” 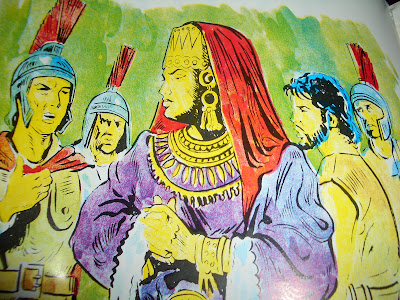 My character is an elven warrior, the picture in the book looked like this: 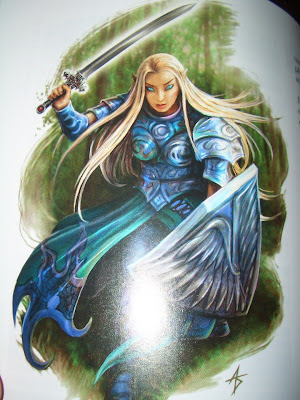 And the name for our awesome Company? 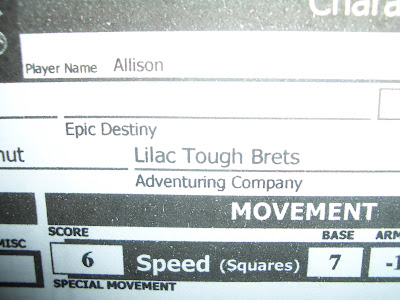 We were ready and raring to go!!!! 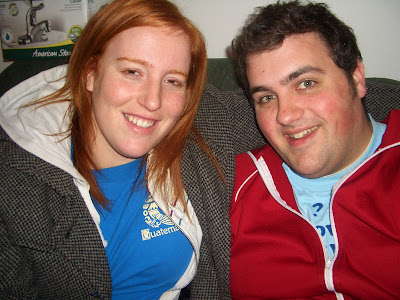 This is Geof Dishazer. He is our DM…for those of you who are new to D&D (dungeons and dragons) he is our Dungeon Master. He created a map of the world in which we were all from. As we began he explained the state of the world: Civil unrest between the worlds of Men and Elves… 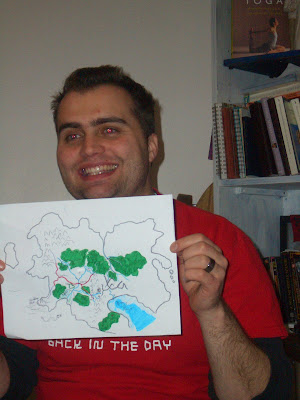 But we are far away from all of that. We are adventures who have met up in a town called Fallcrest. We meet a man who will pay each of us 300 pieces of gold to clear out a ruined manner known as Kobold Hall. So named because it is overrun by Kobold’s,(a type of lizard creature). The Kobolds usually didn’t do much but fight among themselves but they had recently started attacking travelers on the road. 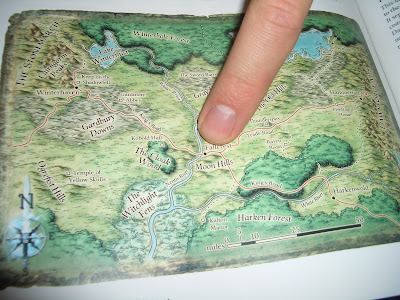 We got down to the dungeon, and the game was on. 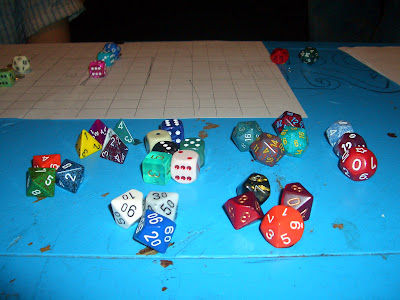 Geof was the only one who had really played much, so we were all asking a lot of questions…it was taking forever. 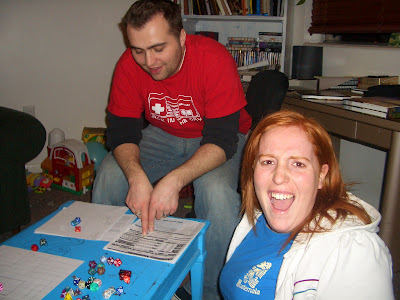 I read my sheet over and over, but this is a picture of the moment that I found out my character carried a morningstar… 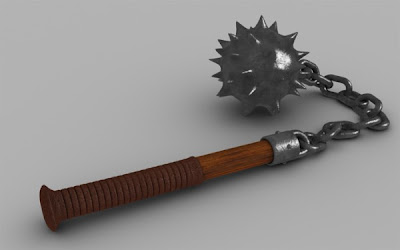 I totally critically wounded one of the slinger Kobolds. 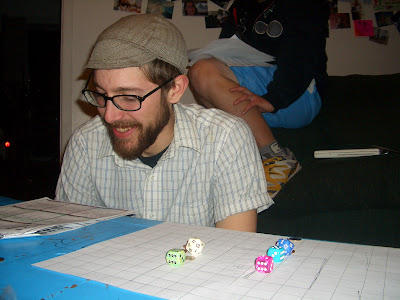 Krysta and Zac were having a great time too. 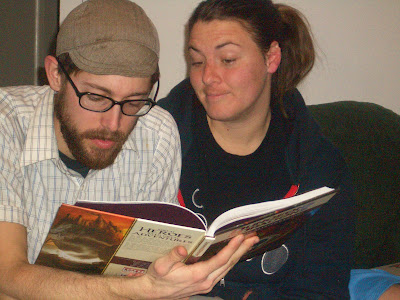 It took some extra reading because none of us had any idea what was going on.
It started to get late. Karl started to have the zombie eyes. 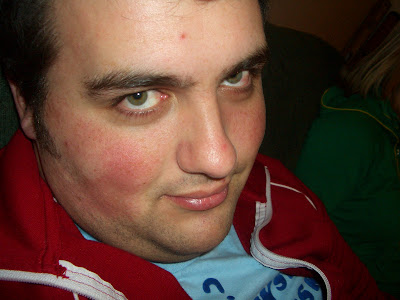 We only finished ONE encounter…after three hours. 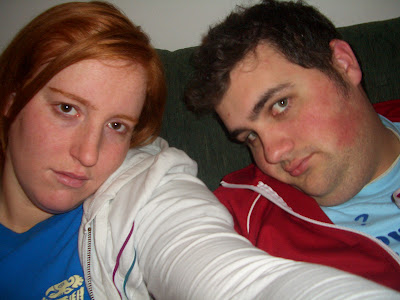 We were really tuckered out; too much thinking for that late at night. ‘Till next time.

7 thoughts on “Dungeons and Dragons”