So Mirah was puking on Friday. It was sudden, and resolved itself by the next morning. She was pretty tried and weak on Saturday, but by the time we got to the Rat Fink reunion she was mostly okay.
On Sunday morning Lucas seemed mostly ok.
BUT then while in nursery he puked, and made me have to go home. 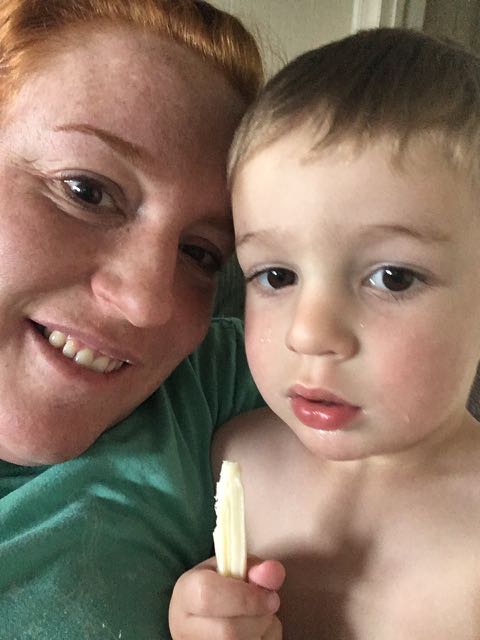 Even though he puked, he had an appetite right away. 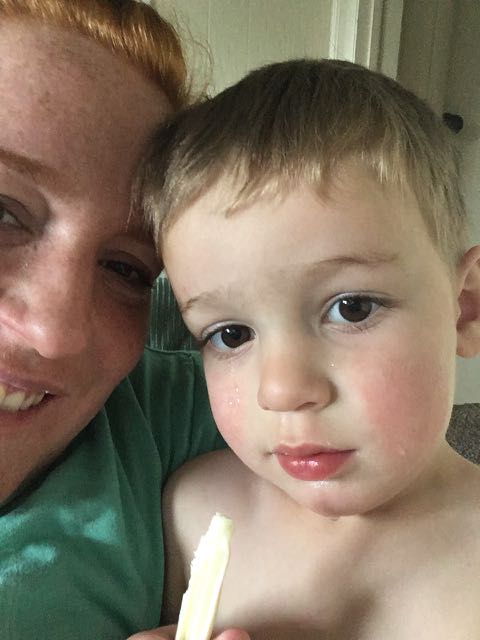 As always, the best part about sick babes, is the snuggles mom’s get. 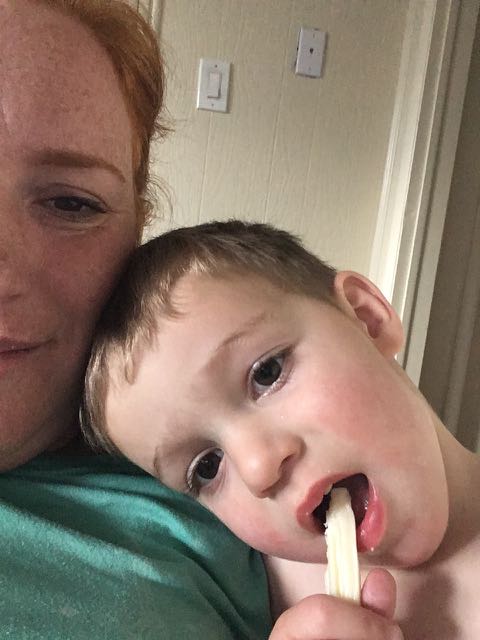 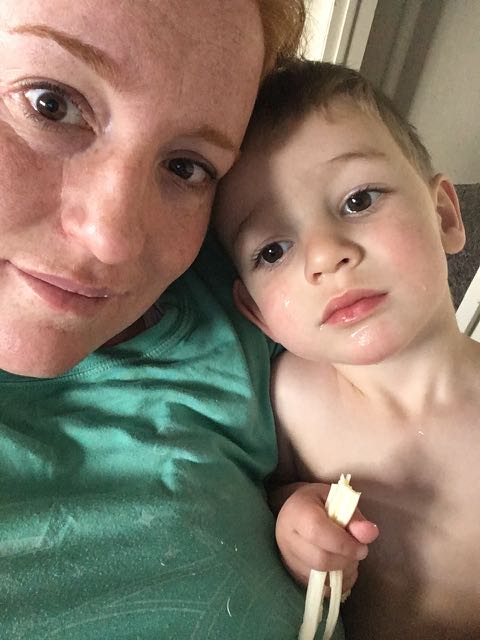 He took a nice long nap, and even drank a bottle.
He hadn’t thrown up again by dinner time Karl had made us delicious rice bowls. 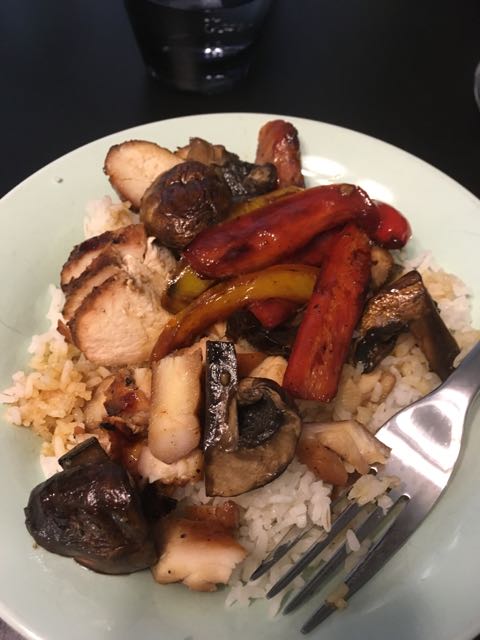 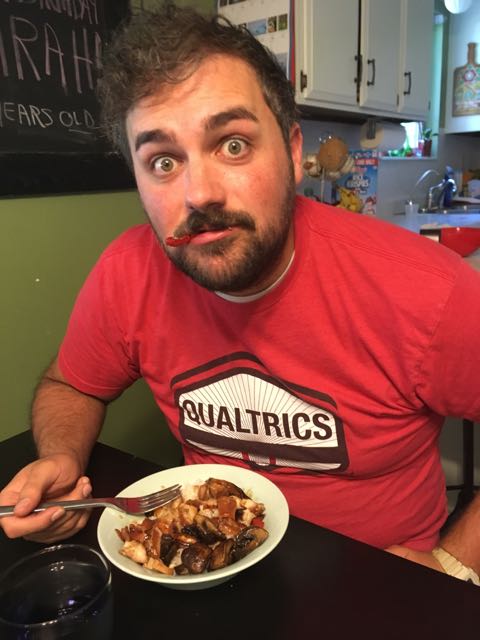 Lucas was eager to eat, but mostly just nibbled on things. 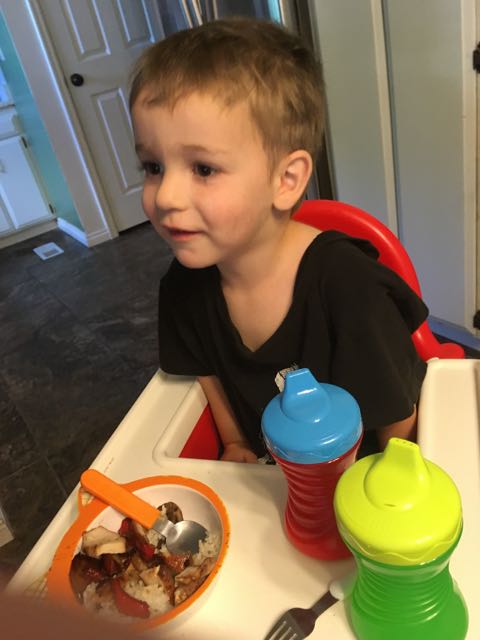 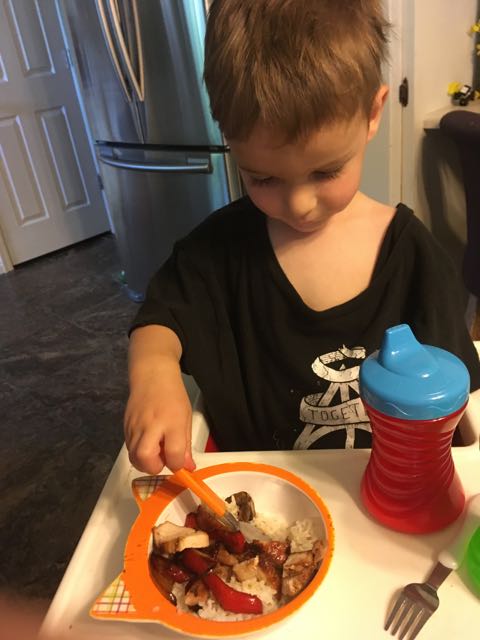 He mostly drank milk and water.
Which was good, since he puked it all up onto his food and tray as we were finishing dinner.
By Monday, he had a weak and tired day, and is all better and back to normal. Little cutie.