On Thursday Zac left Pennsylvania on his motorcycle. He was coming home and doing a cross country trip on Andrew’s old bike. The trip was going well. He even was able to make his way across to Riverside Iowa to see: 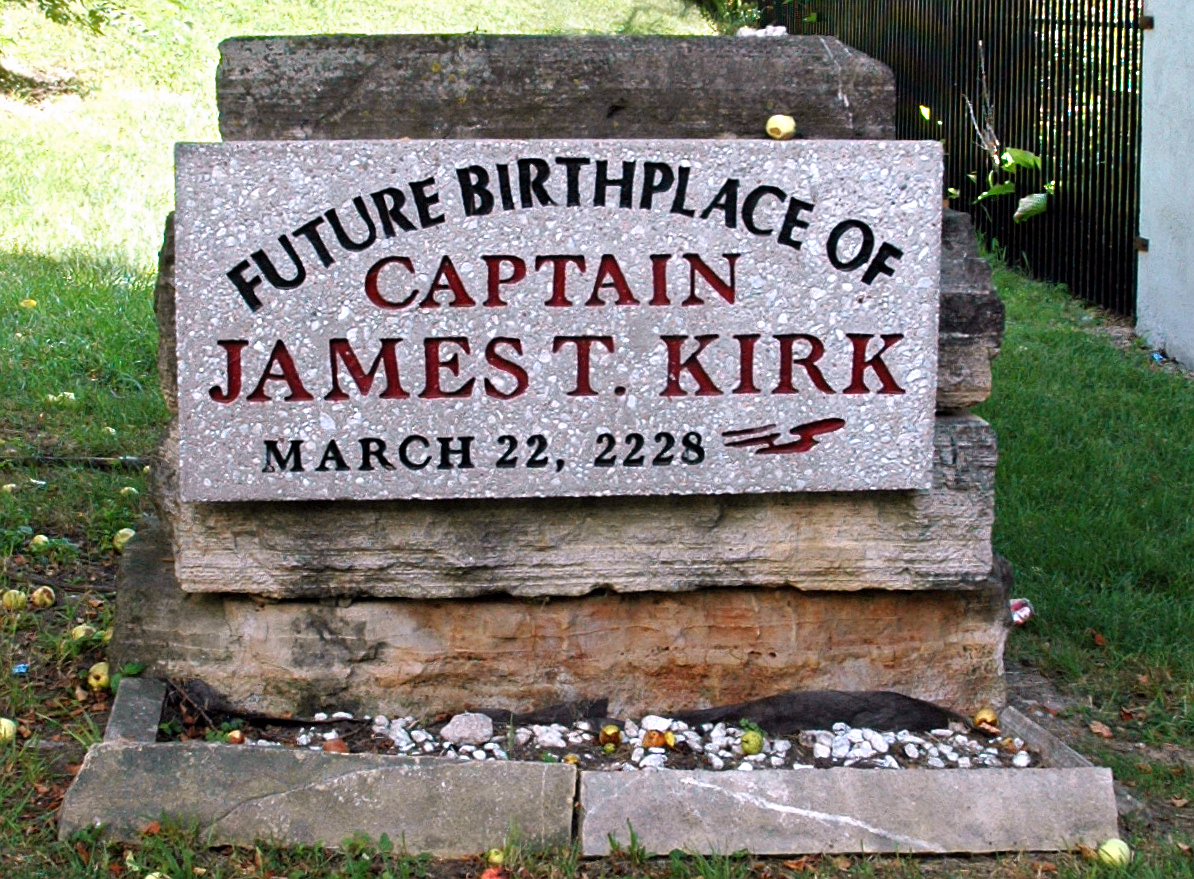 It was 12:30 AM. Zac was going to stop in Cheyenne. 13 miles. It was cold, and he was wearing all of the clothes that he had with him because it was so old. He was wearing a helmet. So even though being on the road that late was a bad idea, those things  probably saved his life.

After hearing portions of the story never totally together this is what happened next from what I have gathered.
Zac was going about 60 miles per hour. He when we first saw the deer, she was 20 seconds away. She stepped into the road, then stepped out, the she stepped back into Zac’s path. Zac says that when you are taught to ride a motorcycle, they say: DO NOT SWERVE. So he didn’t have much chance to react beyond that thought. So according to his own account, he let out a viking cry, “AAAAHHHHH!!!” As he hit the deer.

Things get a little fuzzy between this moment and the time he hit the ground.
So on the moment of impact he was able to stay on the bike. He says he remembers the deer being there with him for a minute. Which means that on the moment of impact his fender must have impaled the deer.  I imagine time must have been going more slowly here.
He says that for a moment we was slowing down, him and the deer right there on the front of the bike. He thought to himself, “I might be ok, I might be able to slow down and stay in control.”

But, the next thing he knew, he was on the road. The deer was nowhere.
He must have rolled at this point. He says he has a vague memory of hitting the road. then of sliding, the bike somehow behind him sliding too.

He was able to stand up. Flag down a car with a couple of girls in it. He explained to them what happen and asked them to call 911. Then he laid down and hurt. Waited for the ambulance to arrive. It did eventually come. He called Krysta from the Ambulance. She was up the rest of the night.

He was taken to a hospital in Cheyenne. His injuries were serious enough to have him transferred to a level one trauma center. University of Utah was the one he pick. He took a 4 hour ambulance ride to Utah. Before it was clear he was being transferred Krysta we getting ready to leave to Wyoming. So it was really good news when they found out he was coming somewhere closer to home.

The rest of us just kept soundly sleeping not know anything was going on. It was Sunday morning and we have 9:00 AM church so we up early and I had the kids ready and was feeding them breakfast when I felt a tap on my shoulder. Krysta told me Zac had been in an accident. He was ok, but he was going to be in Salt Lake around 11 AM. It was quarter to 9 at this point. She didn’t really have any details. Everything she knew she had heard from Zac himself. He was in a TON of pain so all of their conversations had been brief. So as far as information we didn’t know much.
I told her I would drive her to Salt Lake, so she could just get there and field any calls she needed to on our way. That’s something that stinks in a crisis. You have to make calls to so many people and tell them what happened. Zac’s mom, then Zac’s dad. Krysta’s mom. People you have plans with. Thank heavens for group texts. Having to answer questions you don’t have the answer to, or retelling the story of your loved ones suffering over and over. It’s exhausting.

We got to the hospital at 10:30 and it turned out that Zac had just arrived. Still we couldn’t see him. About an hour later, they took Krysta back and Karen and I sat and watched the Golden Girls.

Right after Krysta went back our friemds Pete, Krizel, and their son Joel too arrived.
They brought snacks and games.
This was really good for Karen. She needed someone to distract her.

Karen did really well mostly. Her first reaction to hearing about the accident was excitement that she would see her dad that day. They hadn’t see each other for 6 weeks, and she really missed him.  Then her next reaction was curiosity about the status of the deer. “Do you think it’s ok?” She asked me. At the time we didn’t have many details about the accident so we didn’t really know the answer.
The first time she got emotional was when Krysta went back to see Zac with out her. The second time was when Krysta came out. She had Zac’s helmet.  Krysta showed it to the group waiting there and said, “This is why you wear a helmet.”

All of the white is scratches from the accident.
At this as though she suddenly remembered something improtant Karen asked, “Is the deer ok?”
Krysta frowned and said, “no, it died.”
“Was it a boy deer or a girl deer?”
“A girl.”
Karen burst into tears.

The news Krysat brought was bad bud not terrible. Zac had indeed shattered his collar bone, and they would be doing more painful imaging before we knew much more. He was in a ton of pain but happy to be near his family.

A few minutes after Krysta arrived she was gone again, this time taking Pete and Karen back with her.  She left me, Krizel and Joel in the waiting room. Pete was there to give Zac a blessing. Which he did. He came out soon afterwards and left Karen and Krysta alone with Zac. He said Karen was having a hard time. I went to the bathroom and when I came back a social worker was standing with Karen and the group comforting her and offering help. It had been a little too hard for miss Karen.
Here is how he was when she saw him:

She couldn’t hug him, or really touch him and she was really upset. It wasn’t just that her dad had been in a accident, it was also that they had been apart for so long, she had waited so patiently…

After lunch in the cafeteria, Pete and Krizel said goodbye. They were flying back to Thailand the next day and had to go home and get ready for the trip. They took Karen with them and dropped her off at my house. She wanted to stay, but things were getting a little to difficult for her t be able to handle.

Zac was moved into the ICU.
It turned out after more advanced imaging he had 6 broken ribs, a shattered collar bone, and a broken shoulder blade. It was ribs one to six. People usually don’t survive breaks of rib one, it is right over your lungs and hear and they tent to get punctured by the broken ribs.

As I was about to go and see Zac his dad and step mom got there. His dad was going up to Wyoming to get the bike. So I waited a little while longer. It was the week that Pokemon Go came out so I was fine and kept myself very busy.

I was able to see Zac around 4. I had been there all day and was not worried at all about it but when I walked in and saw him in bed I burst into tears.

I said I was going to take a picture, so he put on a pain show for me.

I told him to quite it and stop being funny.
This is him telling me not to make him laugh, it made him hurt.

Looking a little more like himself in this one.

Still he was in the ICU.

But Pokemon Go had it’s hooks into me.

Poor Krysta, so supportive and tired.

I can see the worry and love in her face here.

Worrying about the snow globes he bought for Karen.
Krysta and I went to dinner around 8.
Then I left around 9.
Krysta stayed the night. Karen stayed with us.
The end of the long day, the beginning of a long recovery.
Still so much to be thankful for.

One thought on “Zac was in an Accident”