We’ve had these two blank canvases for a while. We wanted to put some art on them. This last week or two, we finally got it done.

Project 1. Initial “L”, just in case the baby has a name starting with L. 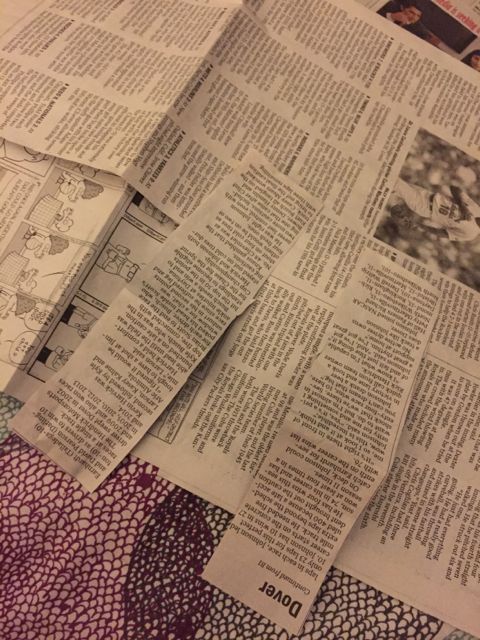 Some newspaper has entered the home. Chop it so it’s mostly just words.
Pasting strips. 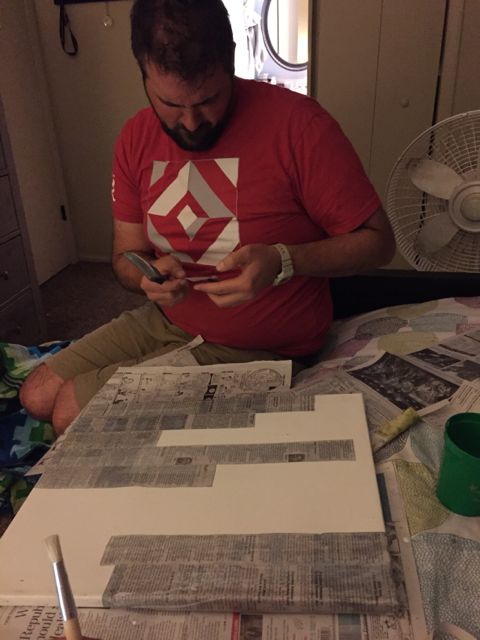 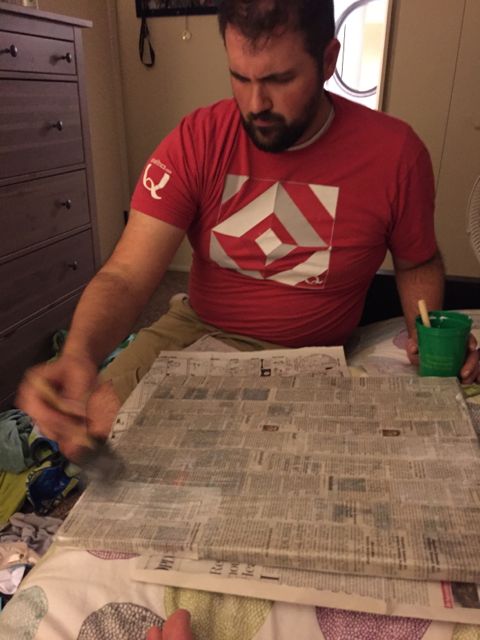 A couple of sheets of tissue paper later: 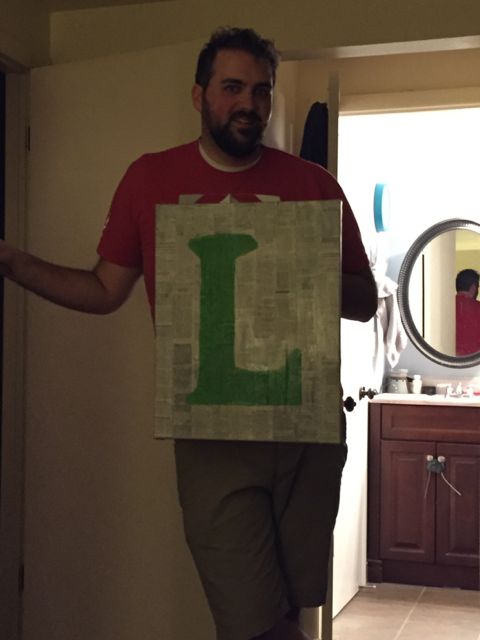 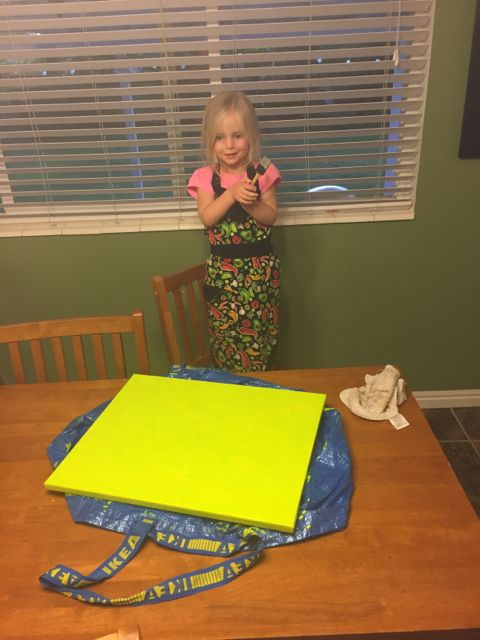 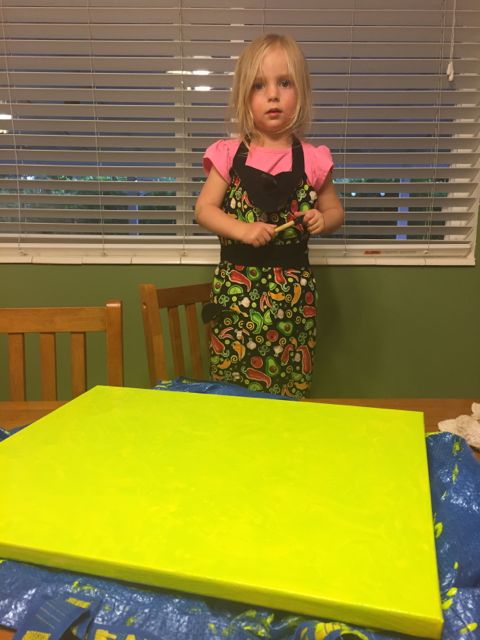 She put some cool texture into the paint which will look cool with all the hard geometric lines. 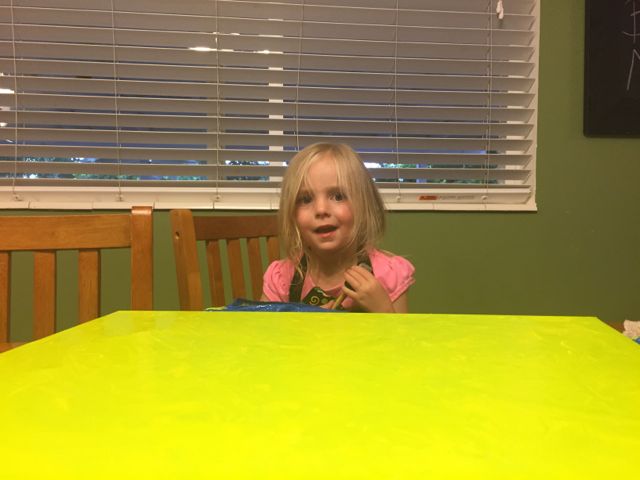 A lot of math and measuring later, we’ve got some lines with tape. 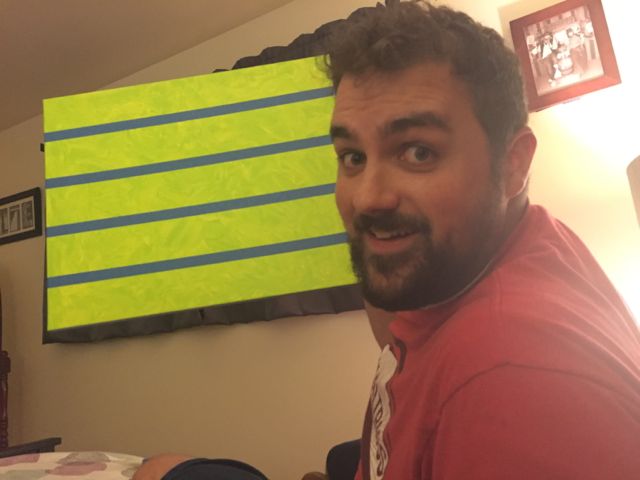 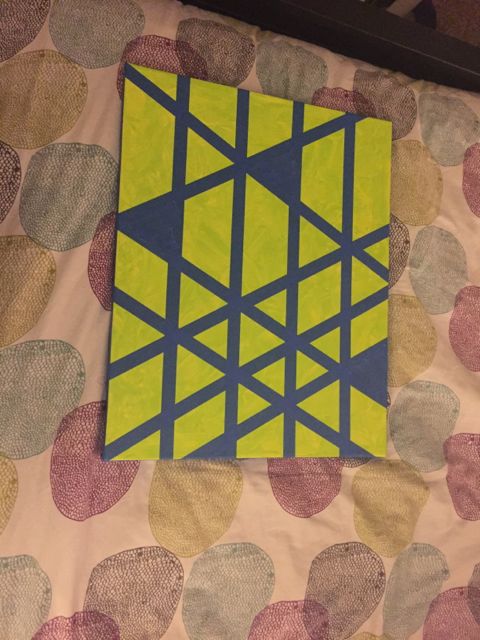 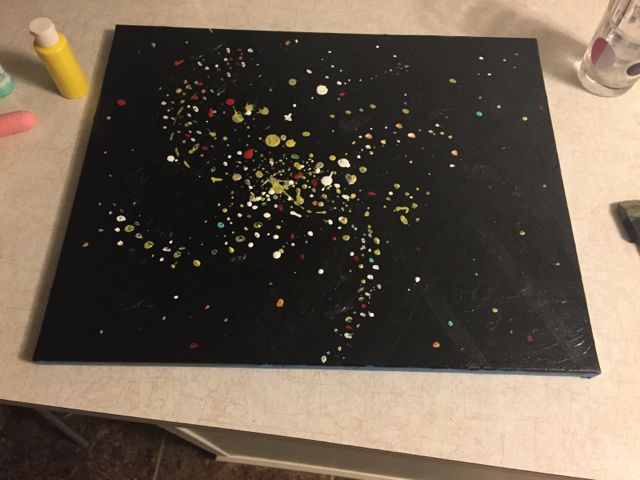 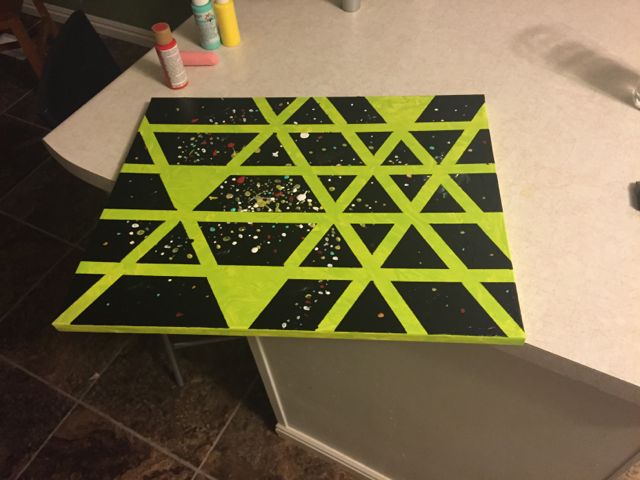 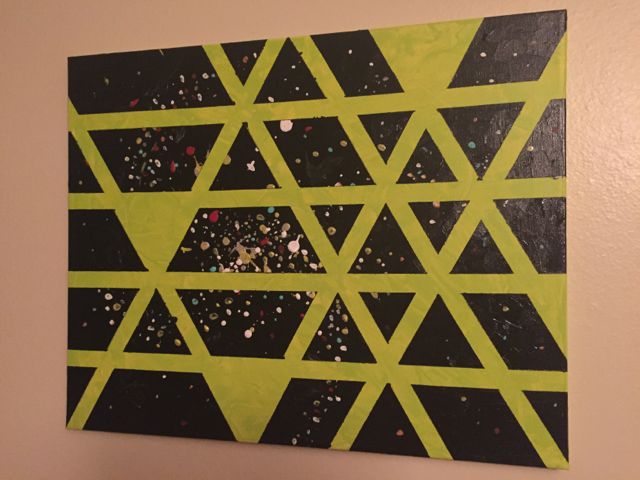 Not bad. Compare to inspiration: