So on Saturday night after we were all done with our day at the football game Mirah and Asher were playing on a spinning chair at Nitsy’s house. We had shooed them off the chair several times. Then as our attention was off of them they climbed on again and in an most un-exellent and seemingly not serious fall Mirah fell off as dear Asher lovingly gave her another spin. They were having so much fun, until they weren’t. Well the next day was Sunday and she was still complaining of pain. We thought it might be a dislocation of the elbow, but no. She seemed fine by Sunday evening, but was up all night complaining of pain, and so we took her into the doctor first thing Monday morning.

It is significant to mention here that Mirah had been coughing for a couple of weeks now. Mostly nothing. No runny nose, just a cough, when she would run and sometimes at night. Now when I look at pictures of her at the football game, I can see it in her eyes. She was not feeling well. But it didn’t seem worse than just a cold.

So, when we went in to see the doctor, it was a combined 2 1/2 year visit and check up on the elbow. We were planning on getting her a flu shot that day too. She seemed fine when we came in. I mentioned that she had been sick with a cough recently. The doctor even said, “As long as her lungs don’t sound too crackly, we will get her the shot.” After just seconds after she gave her a lungs a good listen, she said, “well no shot for her today.” He lungs we infected. She had two ear infections. Even a sinus infection.

First things first, they gave her a breathing treatment. 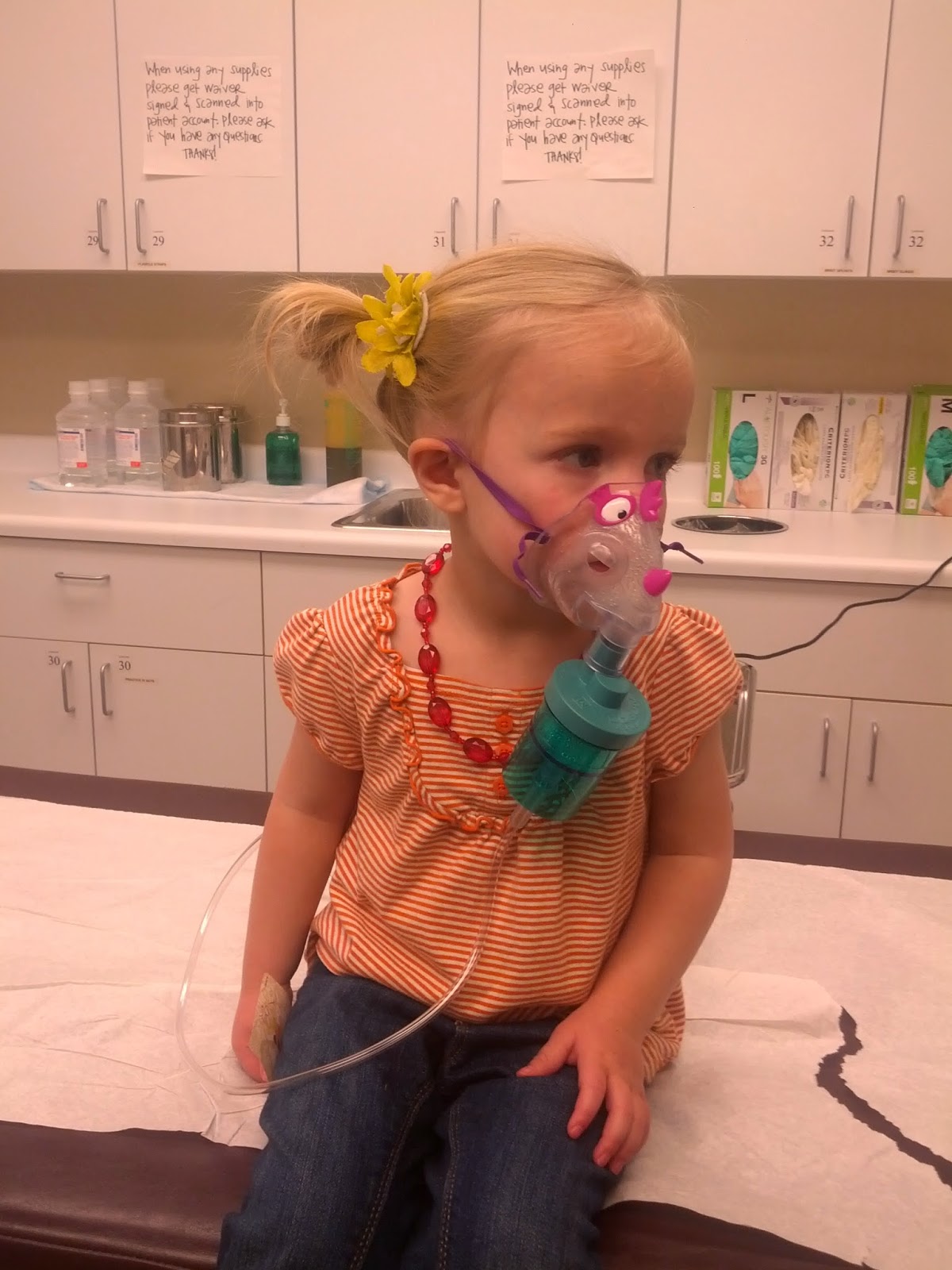 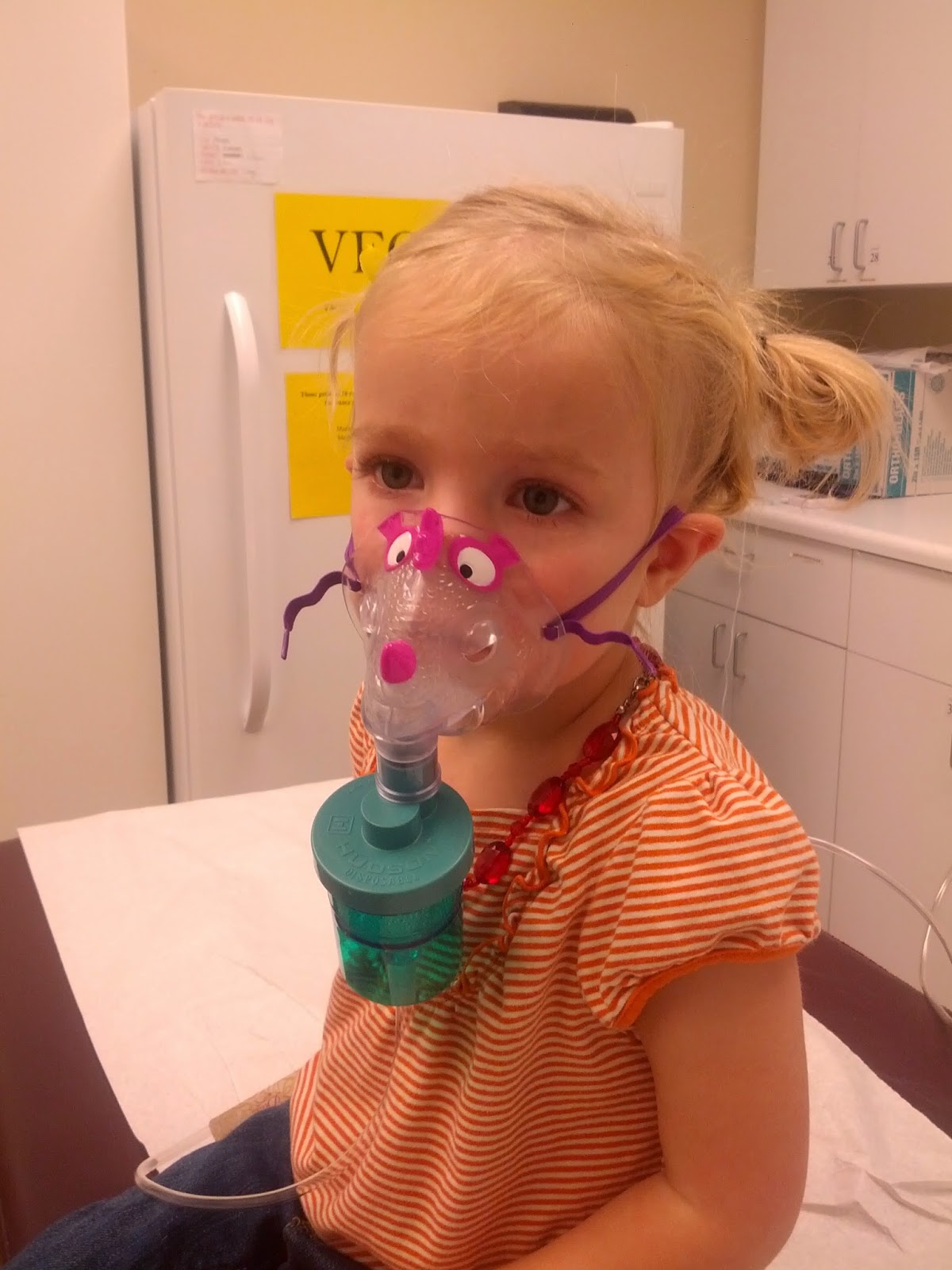 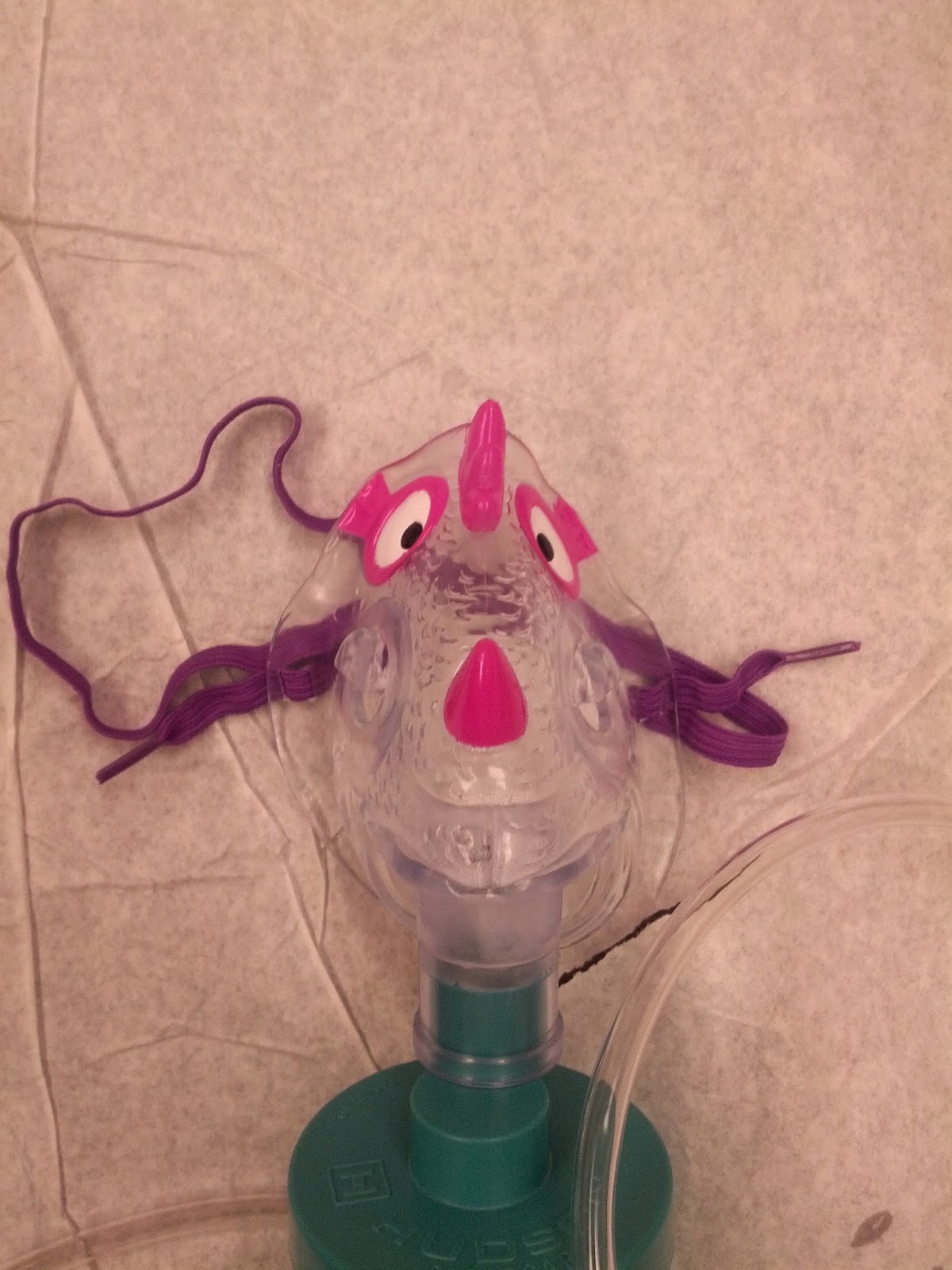 They gave her a steroid treatment for her lungs and then some pain meds.
She was in better sprits when we headed over to radiology at the hospital. 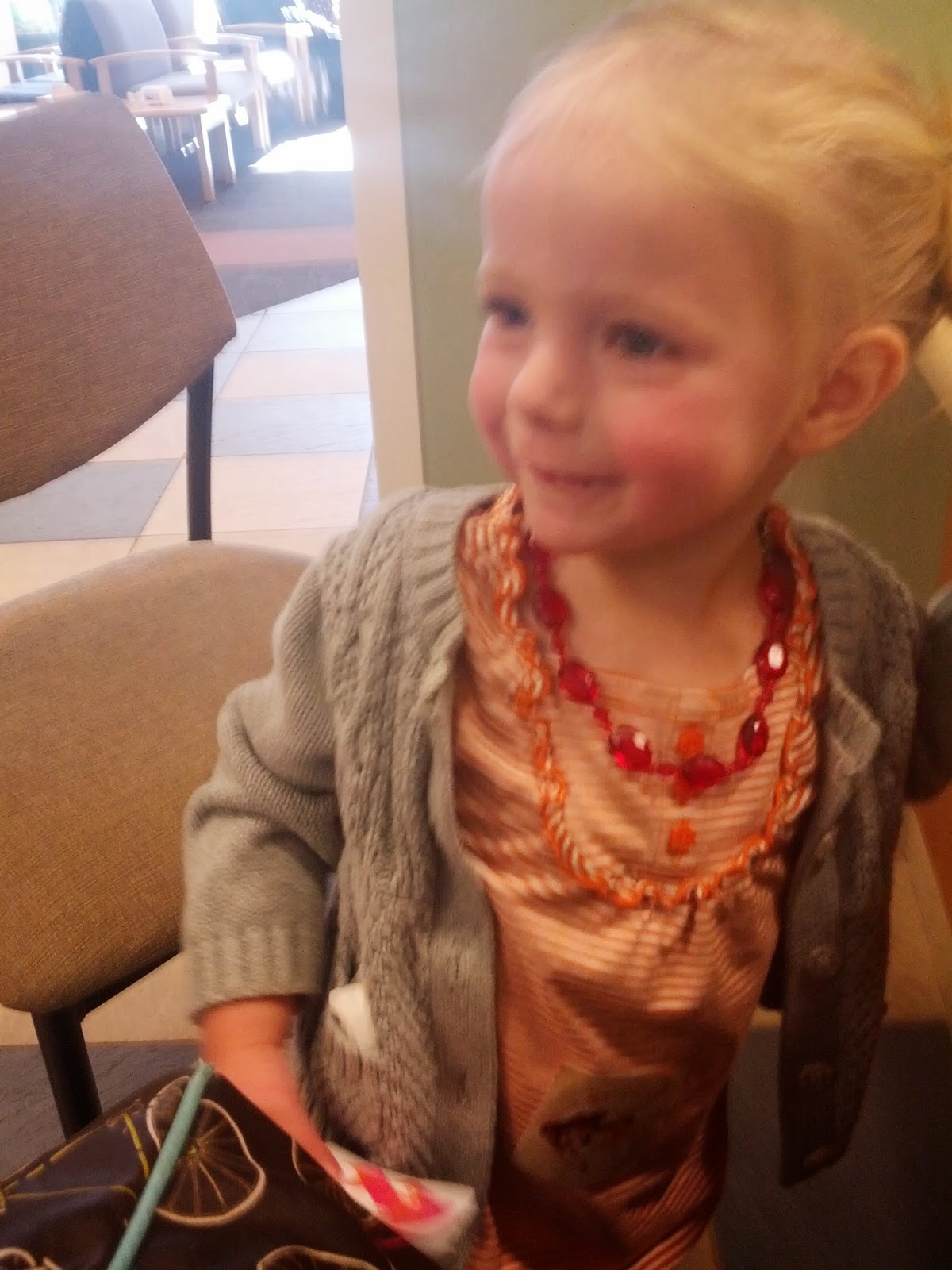 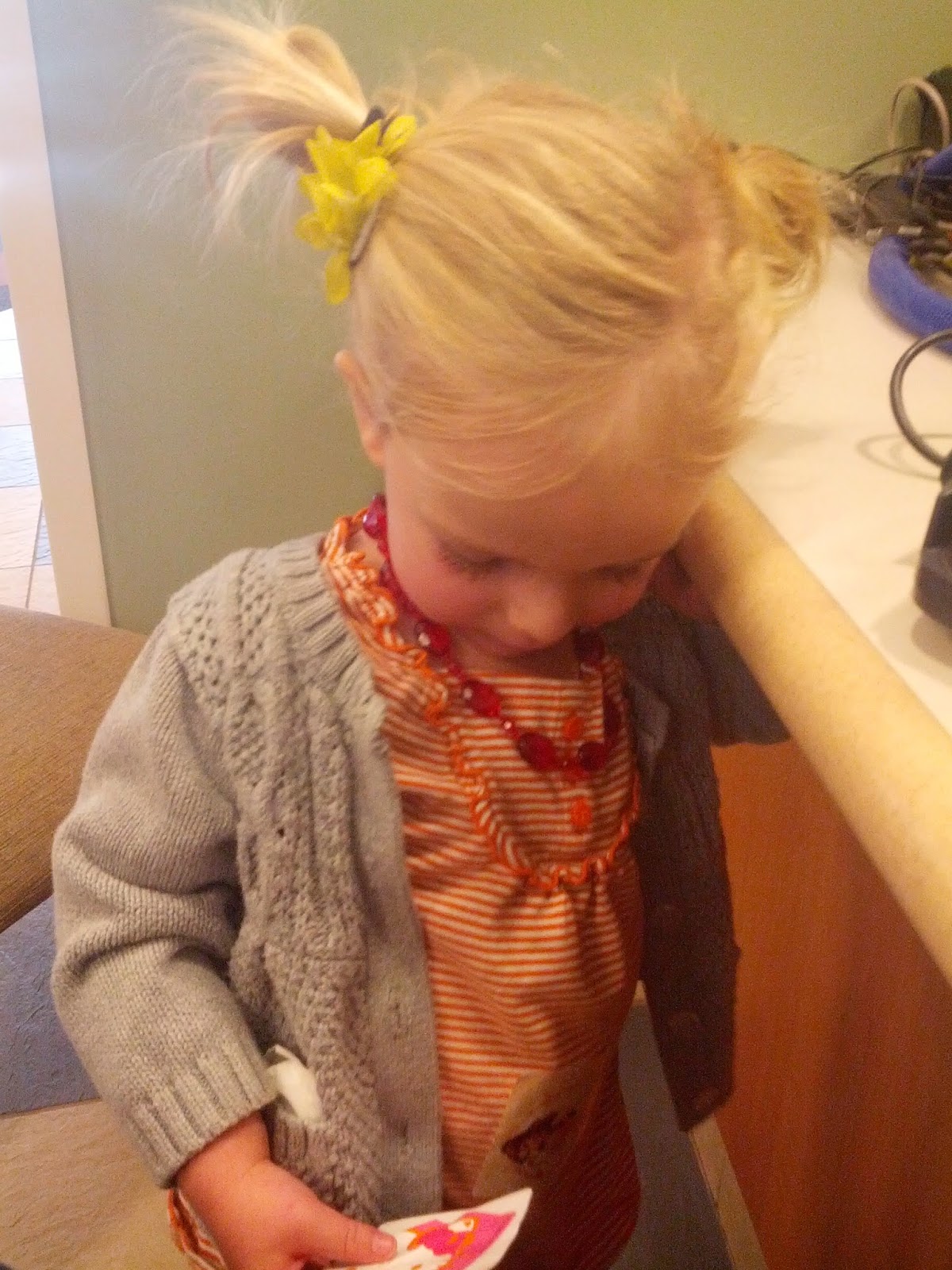 But, once we were back at the doctor with the results of the x-ray (effused elbow with a possible occult fracture) she was so tired and done. My poor little dear. 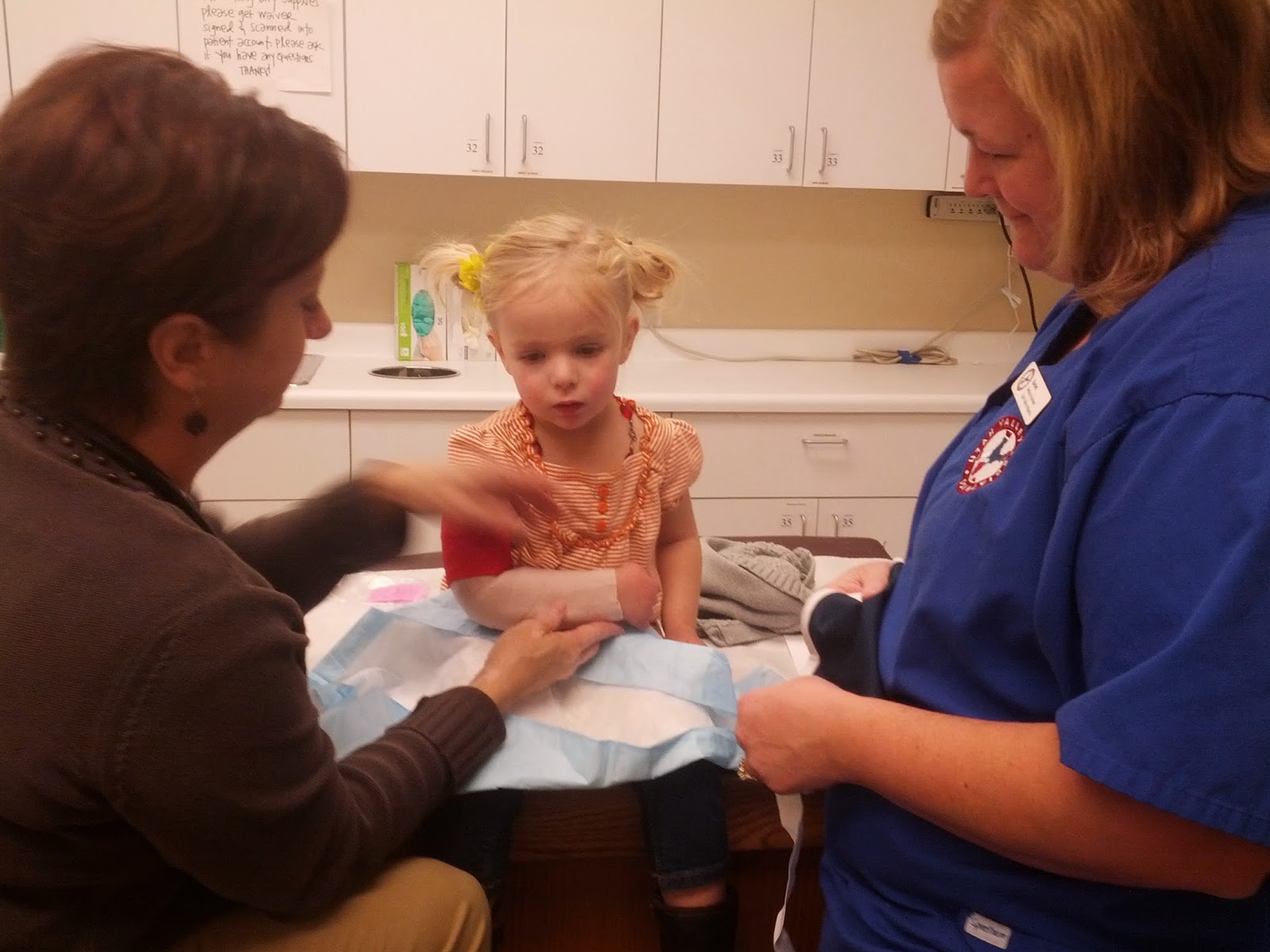 Orders for a splint with a sling for at least a week.
Poor Mirah.

One thought on “Mirah’s Injury”