So this morning Malia called. We were planning on doing dinner together tonight to celebrate the end of HIMYM, so I assumed that is why she was calling. I was only half right. She was also calling to inform me that they were putting the Angel Moroni on top of the new Provo City Center Temple at 2:30. I was TOTALLY there. Apparently, Betsy told her I would really want to go, and she was totally right. The traffic getting from Orem to Provo was especially bad today due to lane closure, so I made it there while the angel sat dangling from a crane. 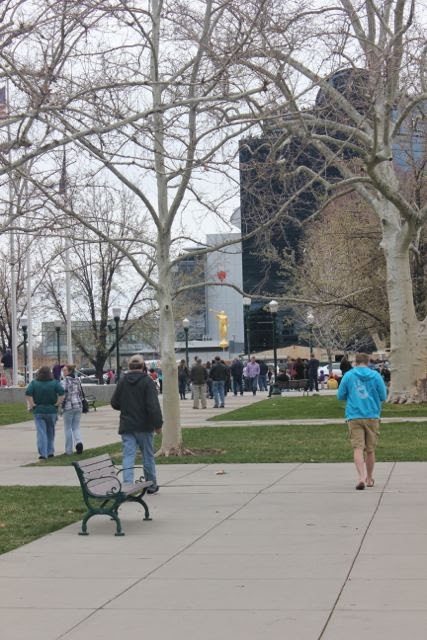 It was about 10 minutes before the scheduled time, but there was already a crowd. 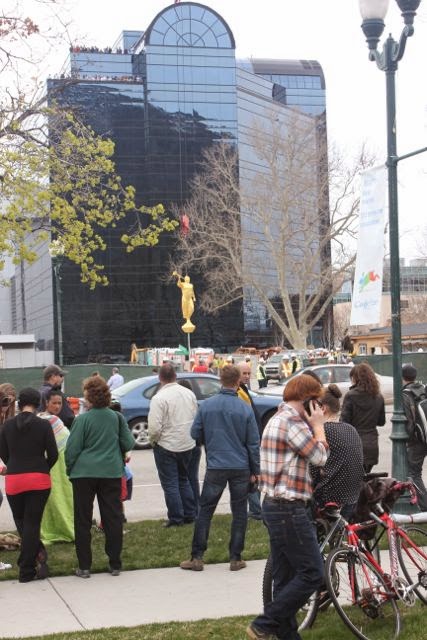 Found this pic online, really shows how HUGE these statutes are: 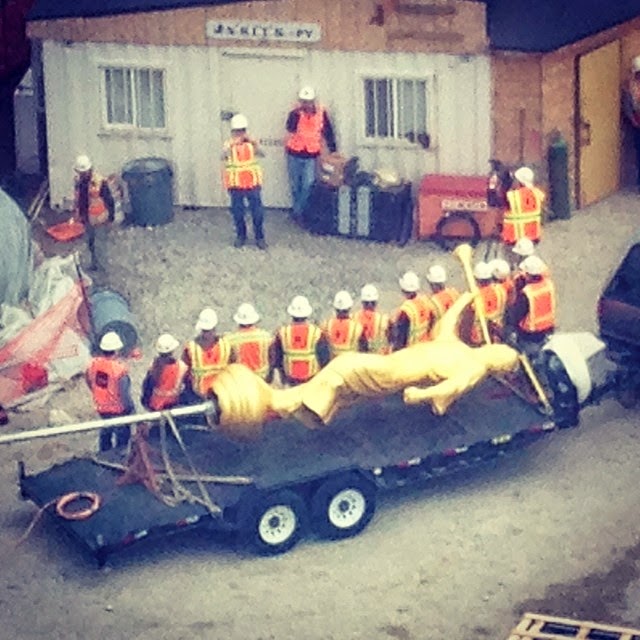 The temple as it stood. Tented. Mostly to keep those workers warm. 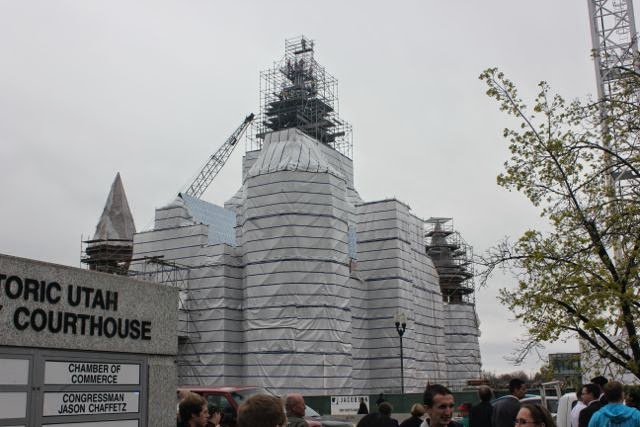 The New Skin Building’s balcony was covered in observers. 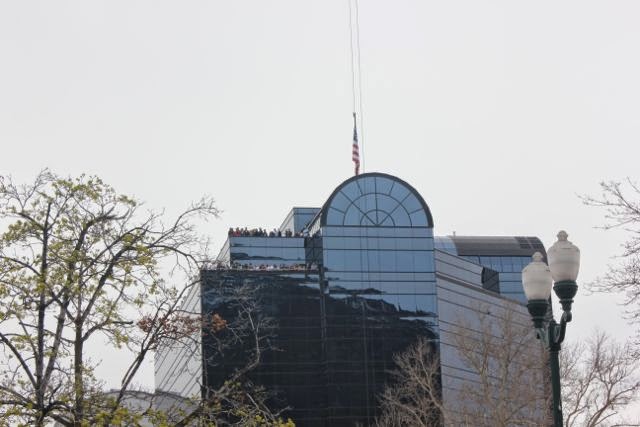 Malia met us there.
Mirah was excited to see her. 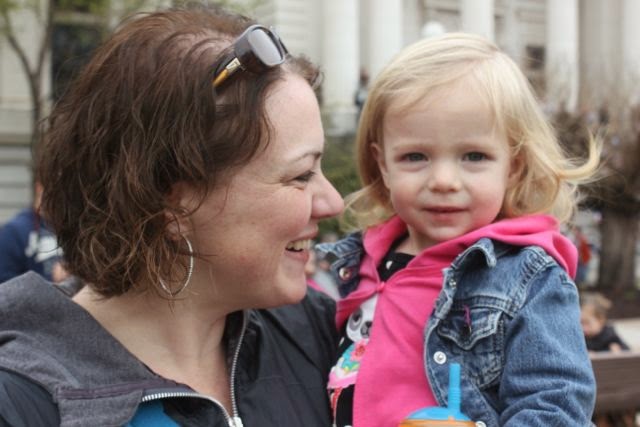 Happy to be together! 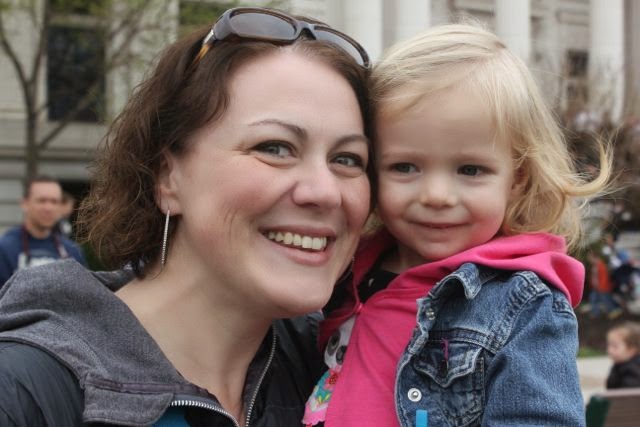 Right as this one was taken he started to move! 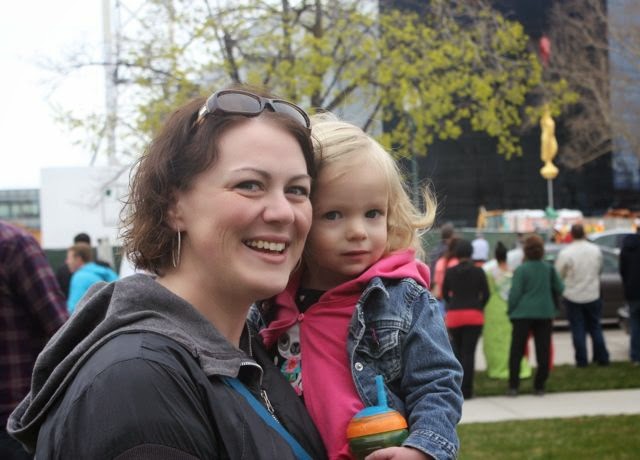 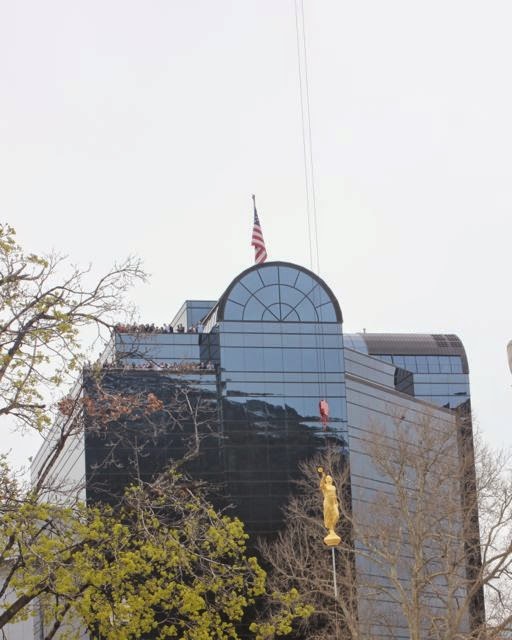 Mirah was curious about what was happening. 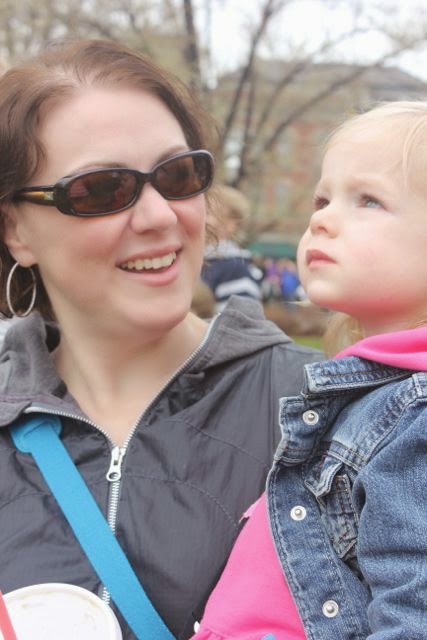 Everyone was recording and taking pictures. 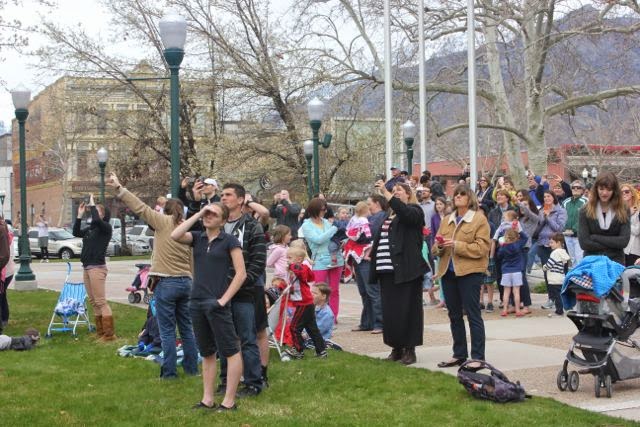 People sang the Spirit of God, and it was a very exiting moment. 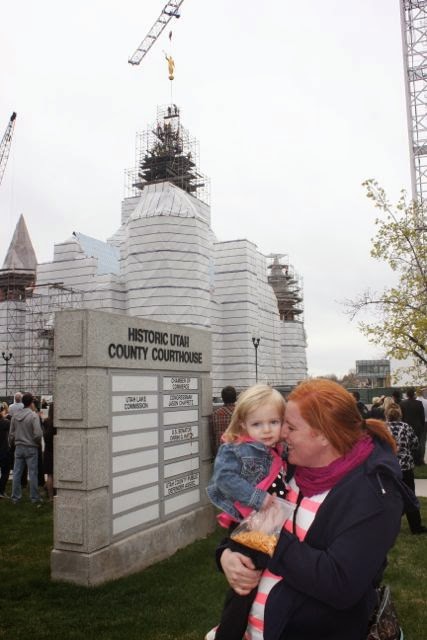 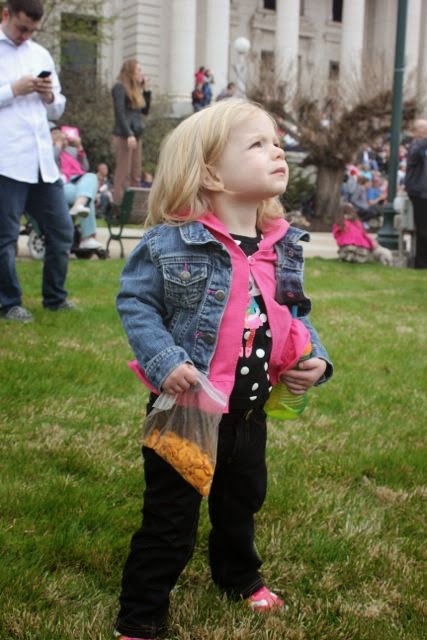 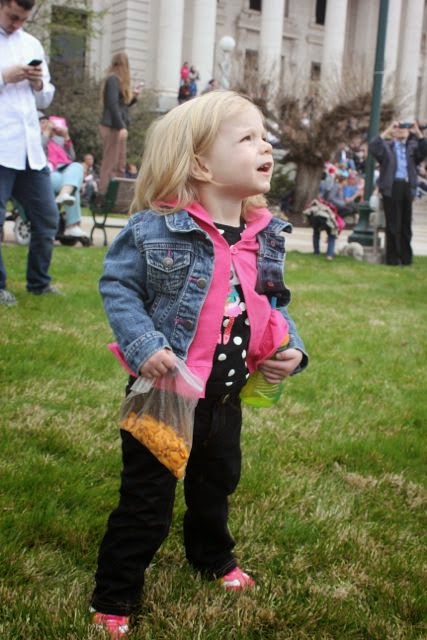 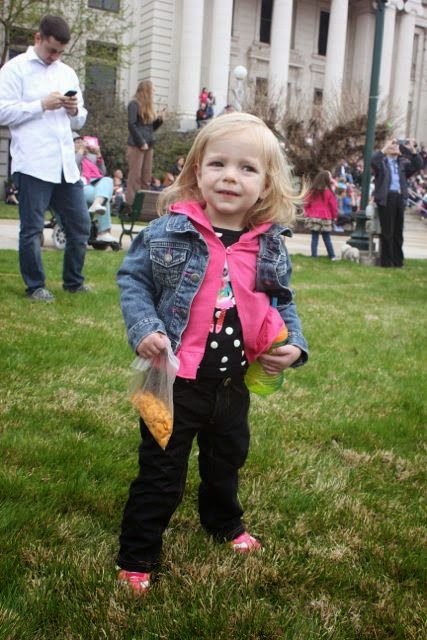 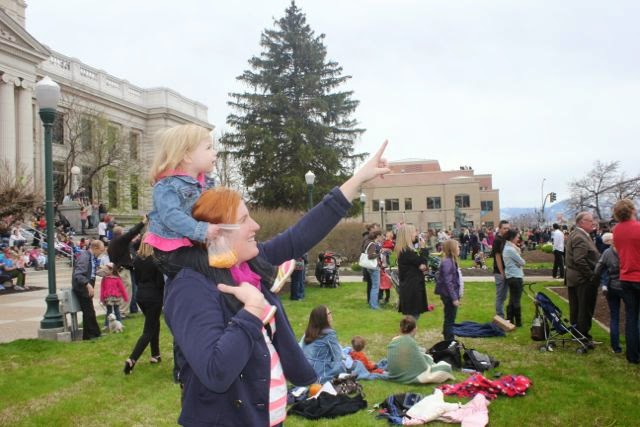 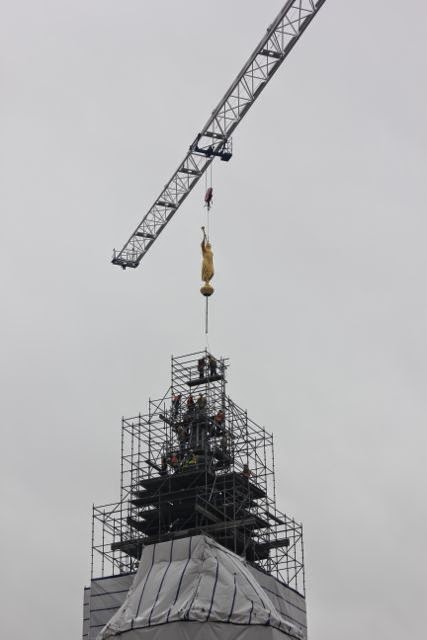 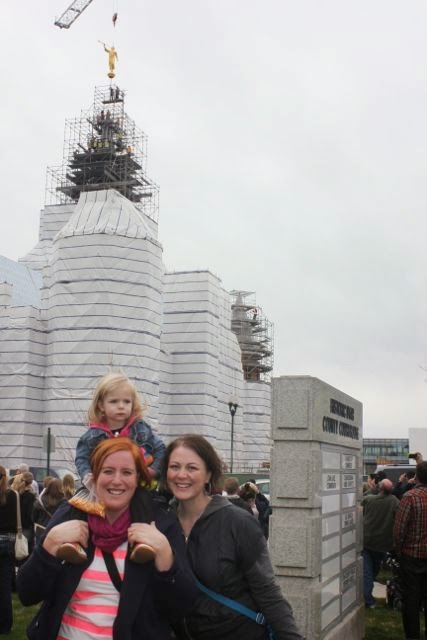 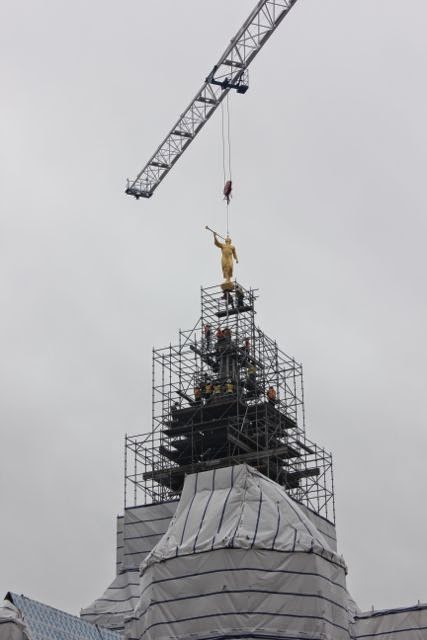 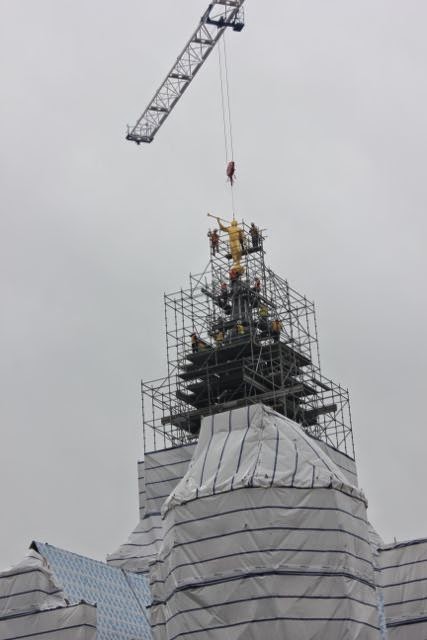 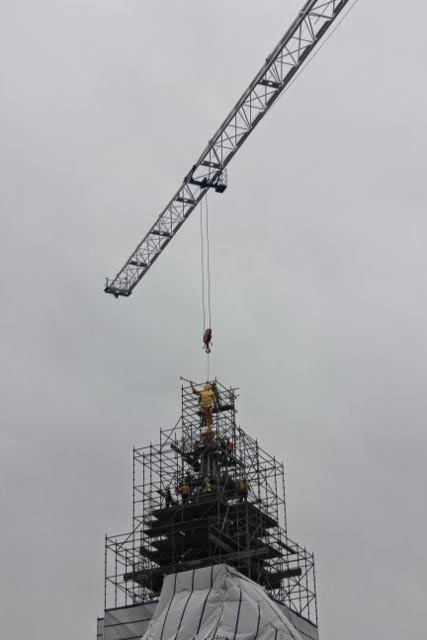 After a little bit of re adjusting, the angel was in place.