The story goes, all the Smith kids (Qualtrics founding family) had left Utah. Their mother called all the children home. Their Scott has been diagnosed with terminal throat cancer. They all arrive. The prognosis isn’t good. He has been given two months or less to live. He thinks death has come. While on his death bed, he communicates to his son on a yellow legal pad, this idea he has about a business he wants to start. (What turns out to be Qualtrics)
He has been told that their is no treatment for him by several oncologists, except Huntsman. They had an experimental treatment that he tried…and he is still with us now, 12 years later. Scott was able to live to create the company he described on his death bed. So they always support Huntsman Cancer Institute generously.
Karl was able to participate in this years festivities. The Huntsman 140. That is 140 mile ride. He didn’t do the full ride. He jumped in at 25 mile. But I am getting ahead of myself.
That morning we drove up to U of U up at the very top of the Hill.
The Rav4 is perfect for this kind of thing. We love our new car….
Anyway, I got Mirah all loaded up and ready in her stroller and Karl got his bike all ready. 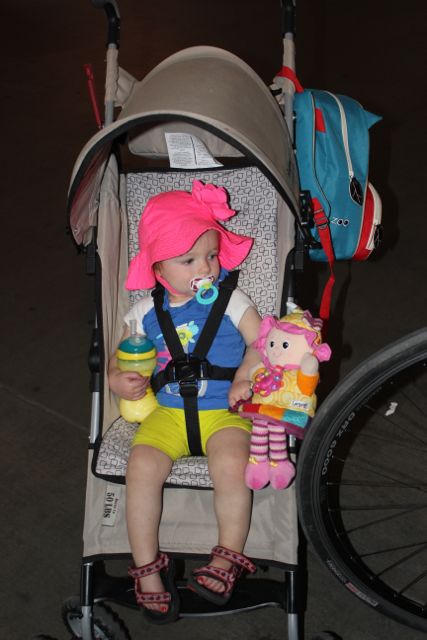 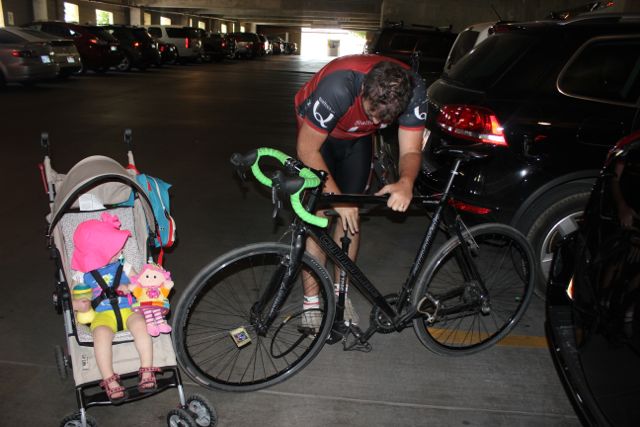 Right around the corner… 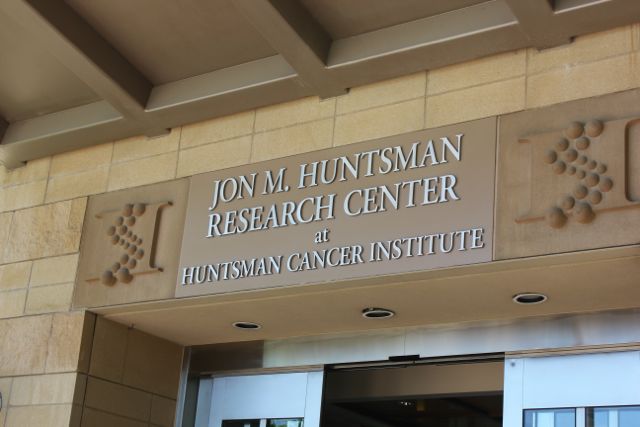 He picked up his packet and got hydrated. 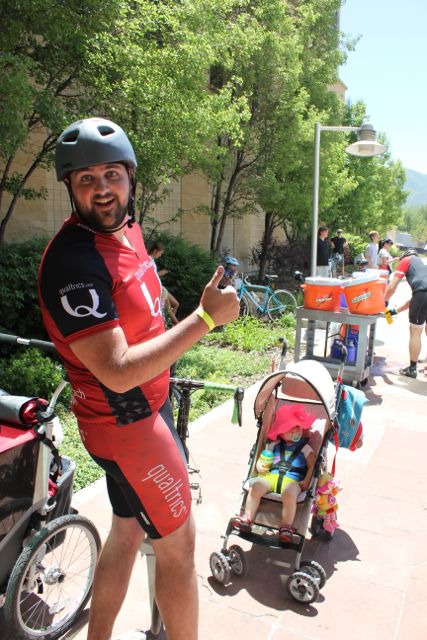 It was a warm and sunny day. Very little wind, good day for a long ride. 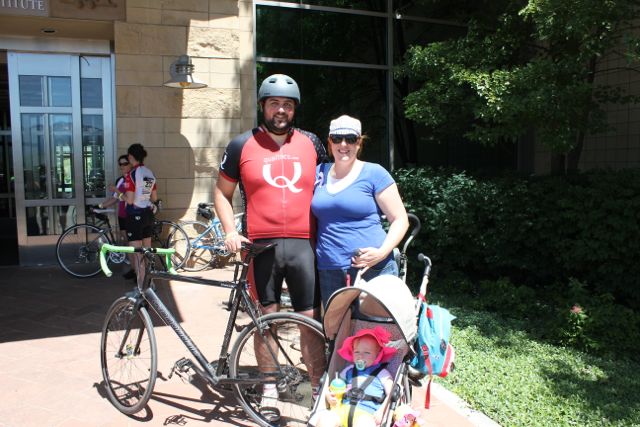 All suited up in his Qualtrics kit.
Representing our CA roots. 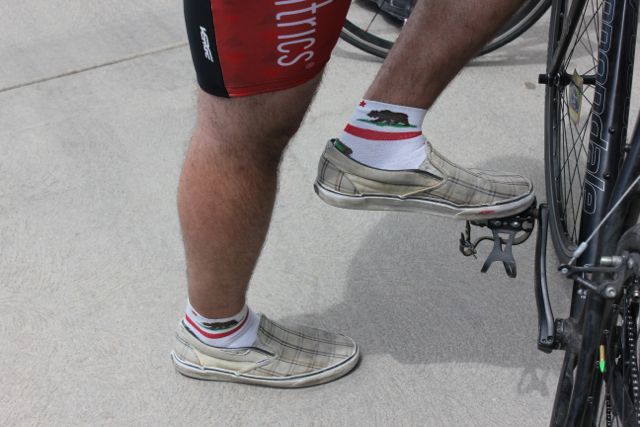 He got a new jersey like these other guys from Qualtrics. But they were riding out as the Qualtrics team so he and several other wore their Qualtrics gear. 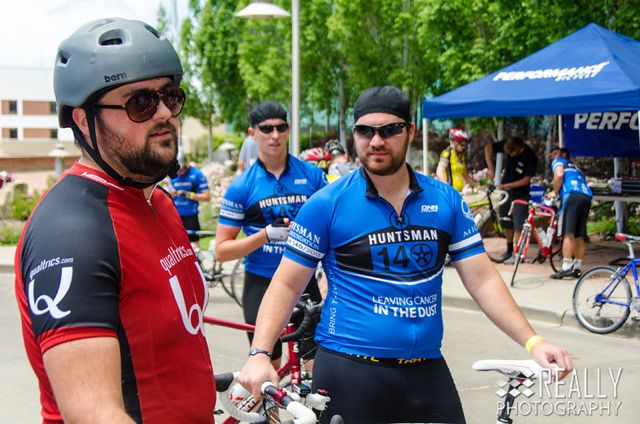 I could tell he was getting really excited. He had been looking forward to this ride for a month. 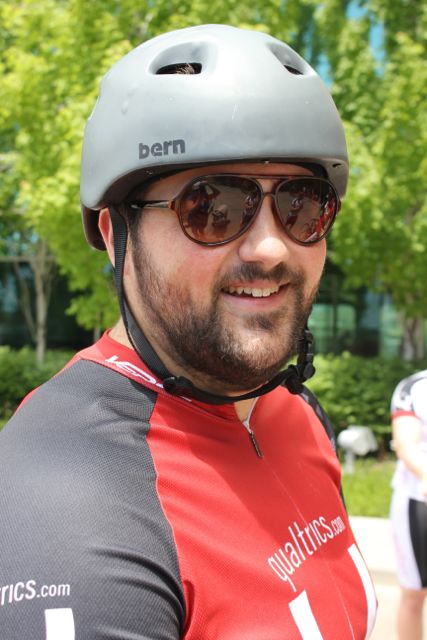 They called for the riders! 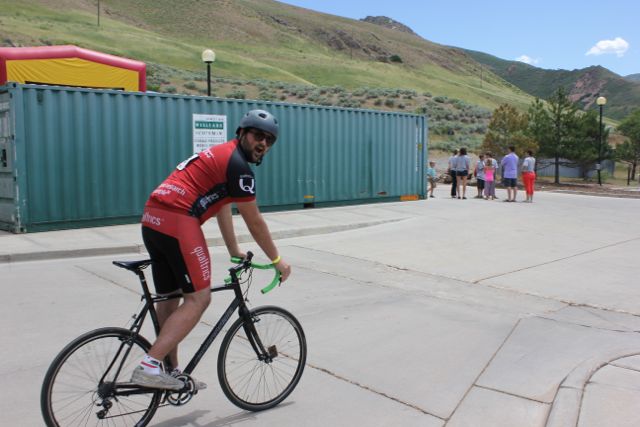 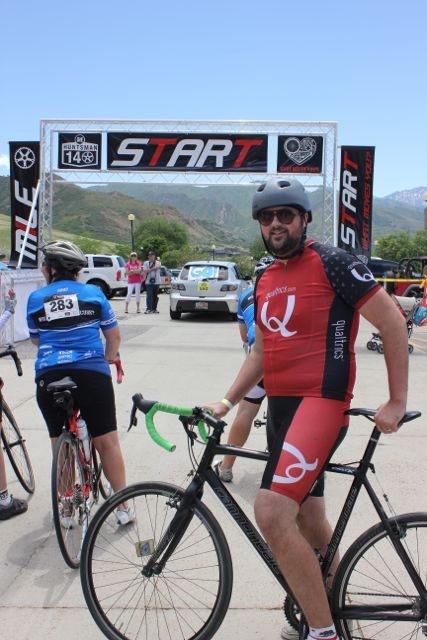 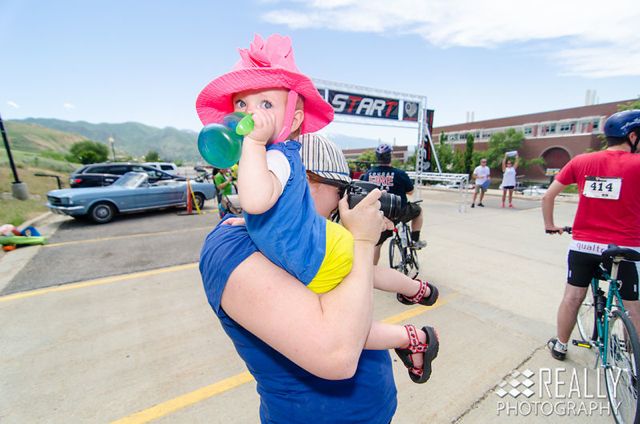 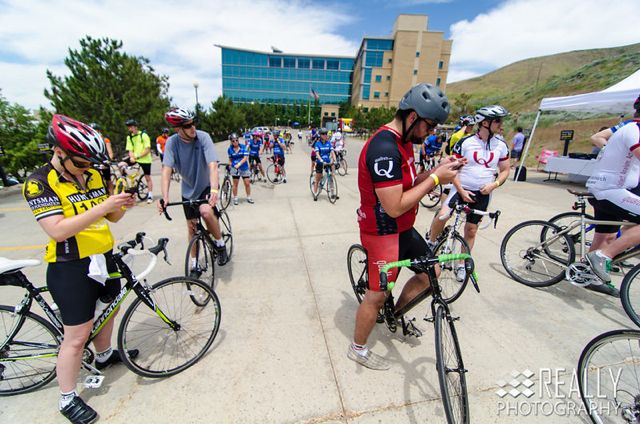 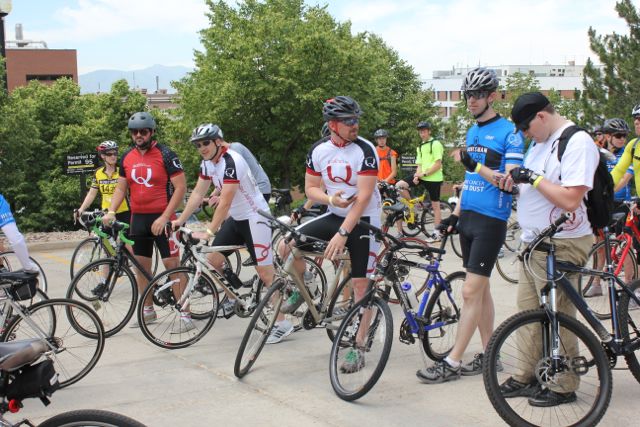 Then they were off!
Fun fact. Karl did not have a water bottle. I am going to let Karl step in and explain this picture: 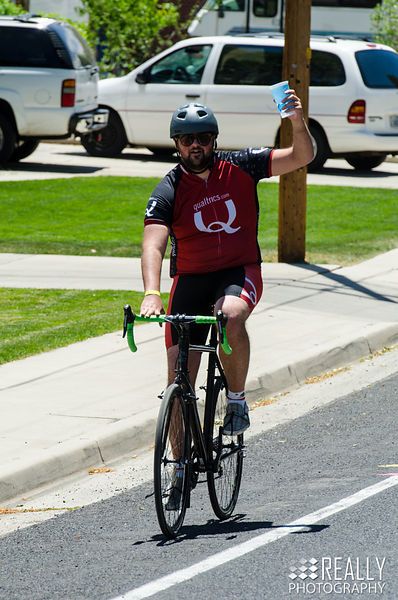 I got to the first aid station at the bottom of the course with plenty of energy, but quite thirsty. They had huge water coolers, but no cups… I started filling a snack wrapper with water to improvise a water vessel. Soon, a man produced a ziplock back from his pocket. I didn’t ask any questions and happily took the upgrade. Later, someone returned from a trip to the nearby convenience store with a cup for me! I kept the cup with my to the next aid station, just tucked into my jersey. This is a few miles later and I’m ready for some more beverage.
These shots were taken while they were out on the ride.
This salesman with Karl was having tire trouble, so Karl lent a hand in helping fix it.
An aid car was supposed to be coming, but Karl figured he had a patch and a tire lever, so why not just patch it up while they waited? 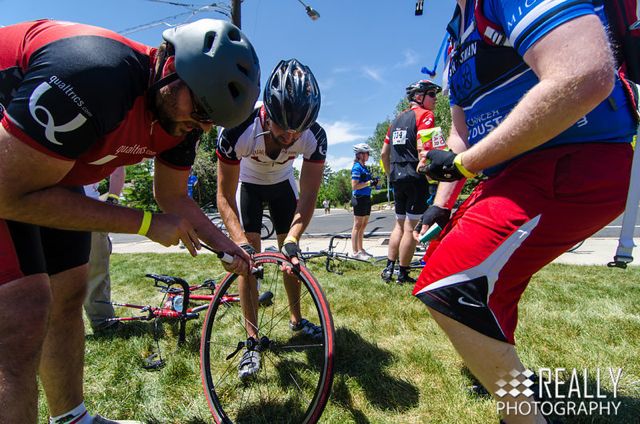 This is the aid station. 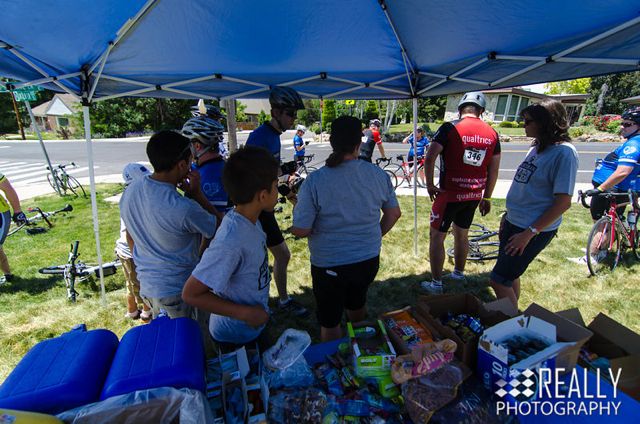 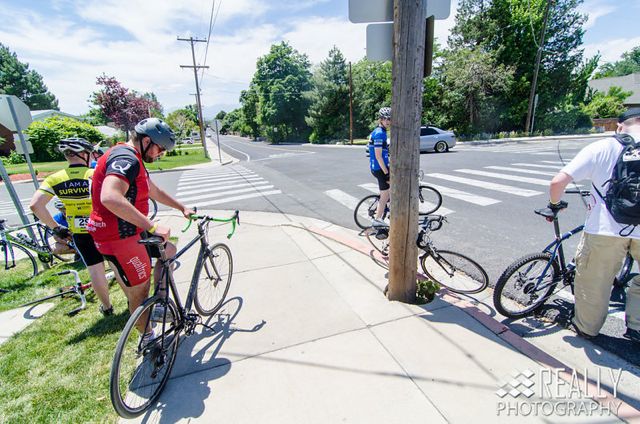 Meanwhile back at the Caner Institute…
We had a couple (which turned into 4) hours, so  Mirah and I teamed up with another Qualtrics wife and did some exploring of Utah’s campus.
It was fun to make a new friend, Megan and I chatted, fed the girls and then walked back up the hill.
When we got back, the guys weren’t back yet.
I went to one of the event booths and bought a shirt with this logo on it. 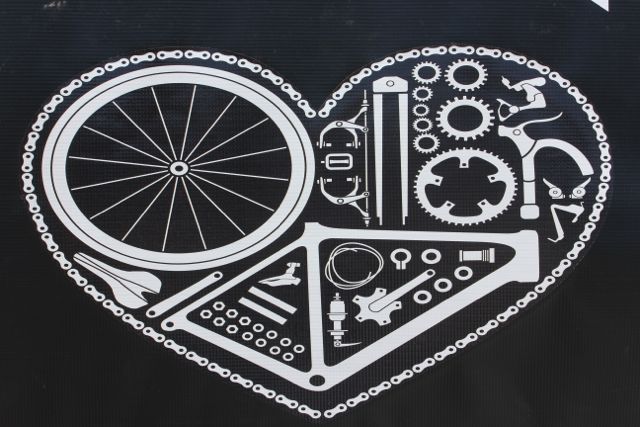 Then we waited some more…
The girls, waiting. 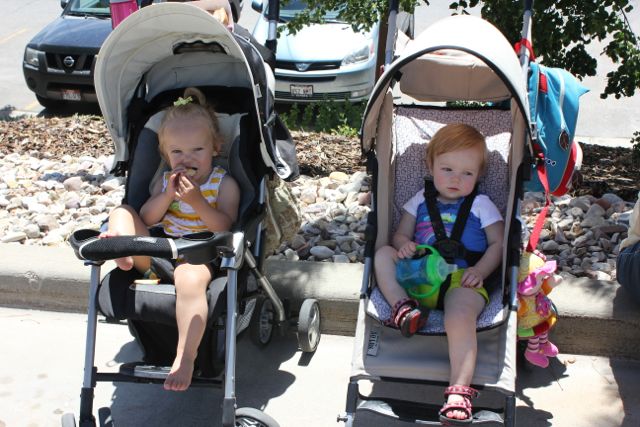 Mirah was tired and bored. So I let her out to wander while we waited.
She found something to look at: 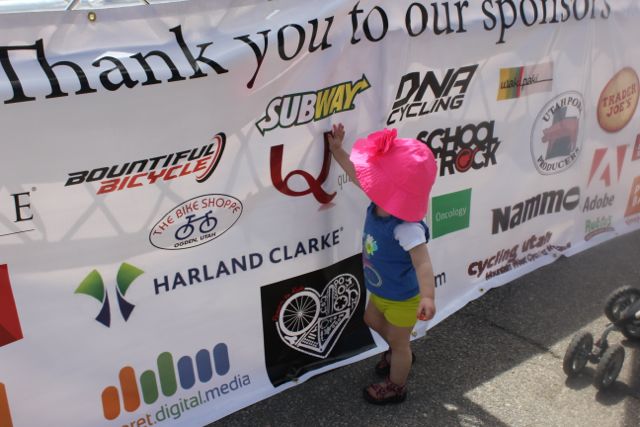 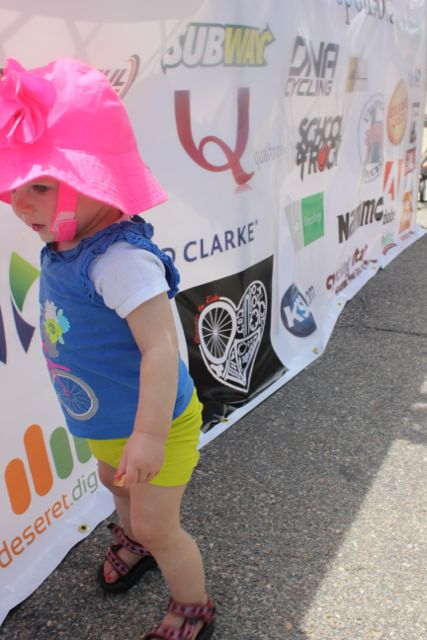 The riders started to come in.
We stood and watched, and waited, and at last a familiar rider appeared! 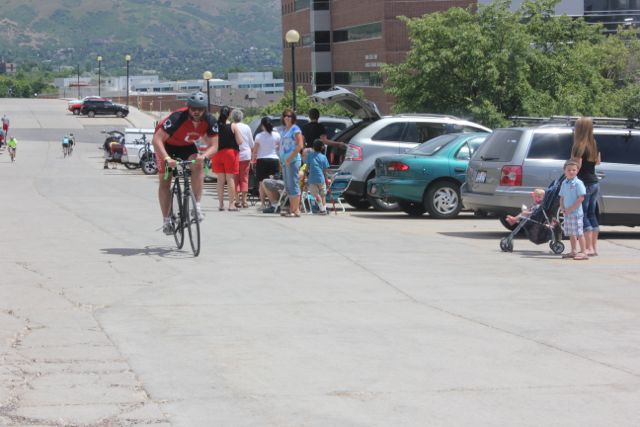 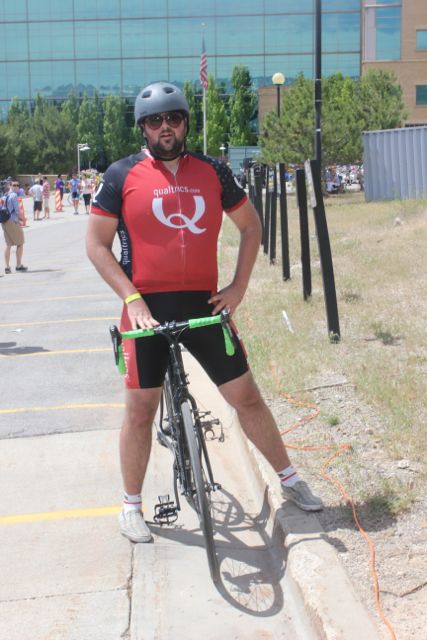 In good spirits, ready for another 50 miles! 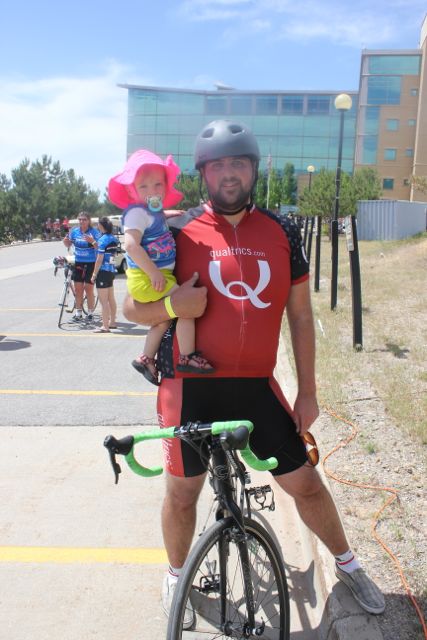 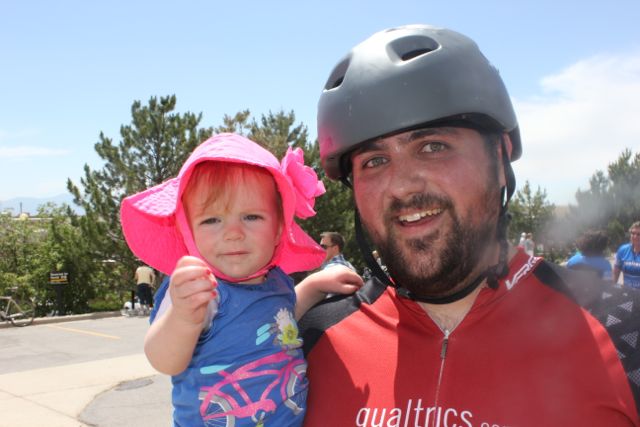 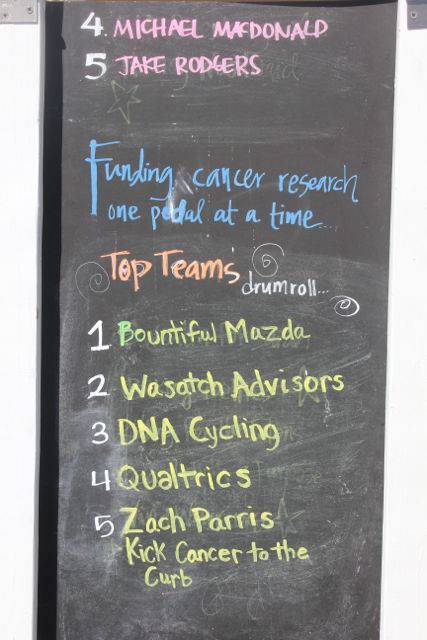 #4, not bad!
This is far from all the Qualtrics riders, but it was all of them that we could muster before we got into the car and headed home. 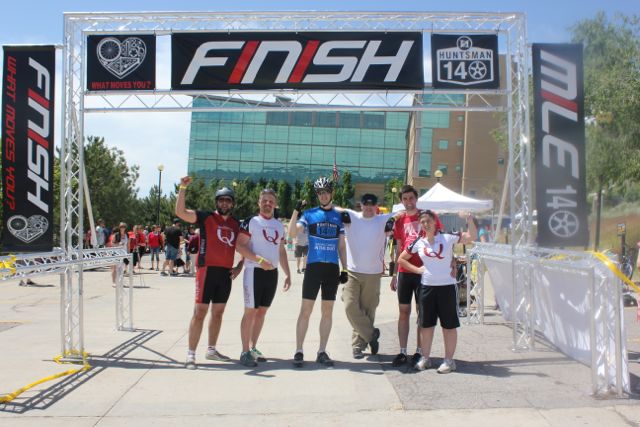