After we got all checked into the hotel, we met up at the Litster’s home. It was a lovely house, the layout reminded me a lot of the house we grew up at in El Centro.

Grandma set her self up right on the step…in a prime location to give this little guy lots of attention, and he took the bait. Hugs for grandma!

Mom is so cute and pretty.

I am not sure how this happened but conversation quickly went to family history and Janet was ready to show mom as many generations back as she could.

While they chatted we ended up out back meeting the chickens. Simon was especially interested. At first he wouldn’t get close, but after a very short time he was right up at the chicken wire.

Mirah was oddly timid about him. He seemed to like to have her around, but she wasn’t sure what to do with him.

The Litster’s had an awesome back yard, and a radical trampoline, and the kids are STOKED about it. 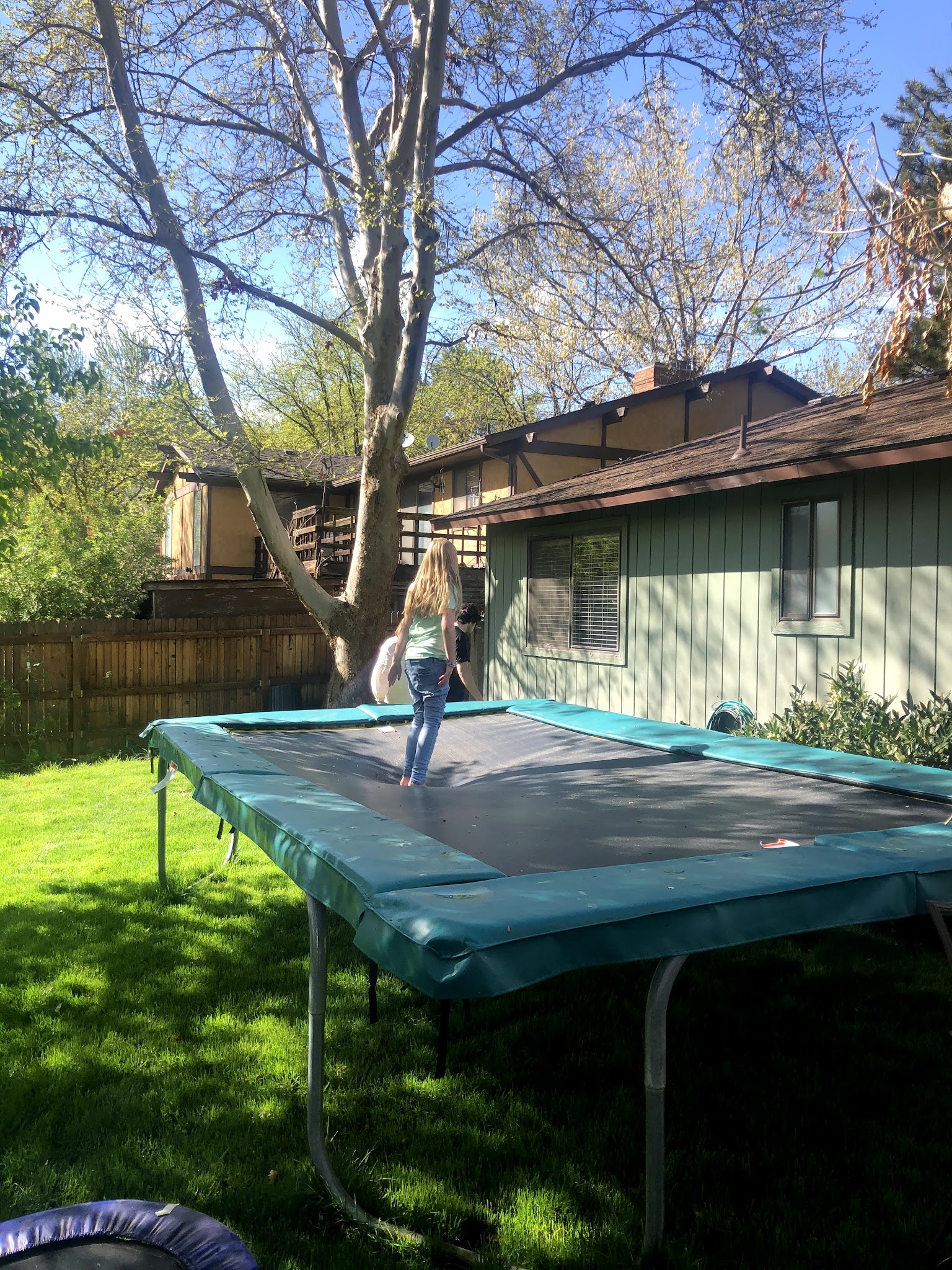 Adam and his boy.

Something I loved to watch Simon do was to CAREFULLY walk up and down ONE step. It was something my kids did too. He wants to do it on his own, and he is TICKED if anyone tries to help him.

Lucas finally stopped to take a picture this kid was little lighting!

She wanted him to be in a fresh diaper for the outing we were about it have.

We were going out to dinner as a group to Leku Ona, it means the “Good Place” in English. The menu had all kinds of funny translation into English. Like to make the “Ch” sound in Basque you write “tx” so those are chimichurri lamb chops.

Simon waiting patiently for Lucas to notice him.

The table that night:

Mirah trying to show my her shirt while holding her drink…getting annoyed at me.

Our waitress took a picture.

Simon started to loose his mind, so Lucas, Belle and I took him for a walk. He was going slowly, so I took over.

But he missed his mom too much. 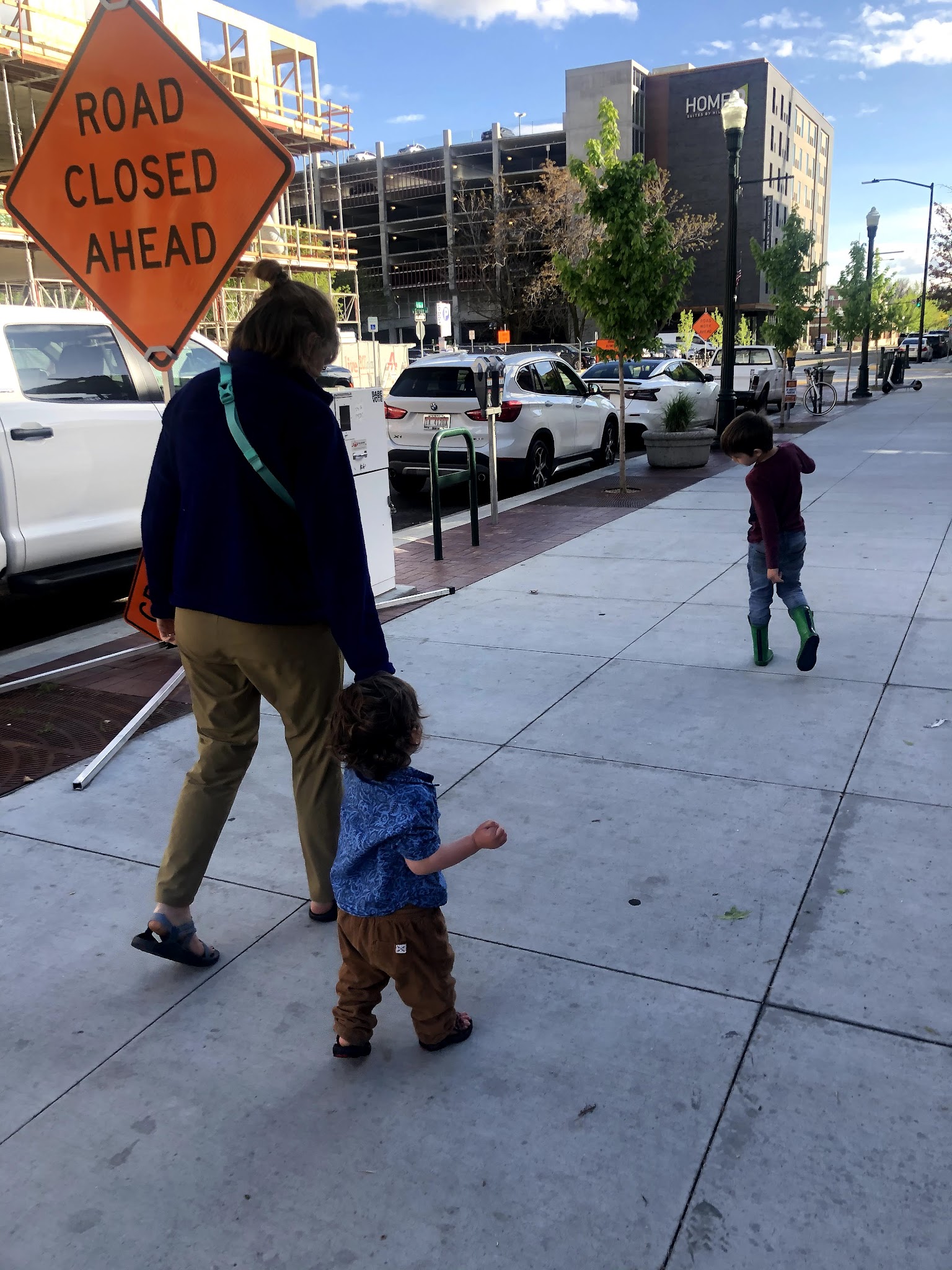 Lucas did a kick on the tree, and Simon tried to follow.

Back at the table, the food for the kids had been delivered.

And right as we sat down, we got ours.

They had to get Simone back to get to bed, so after dinner we went our separate ways.

It was after 8:00 by that time, and we were all tired after the long drive.

On our way to the hotel, we saw a double rainbow. The kids and mom were losing their minds. 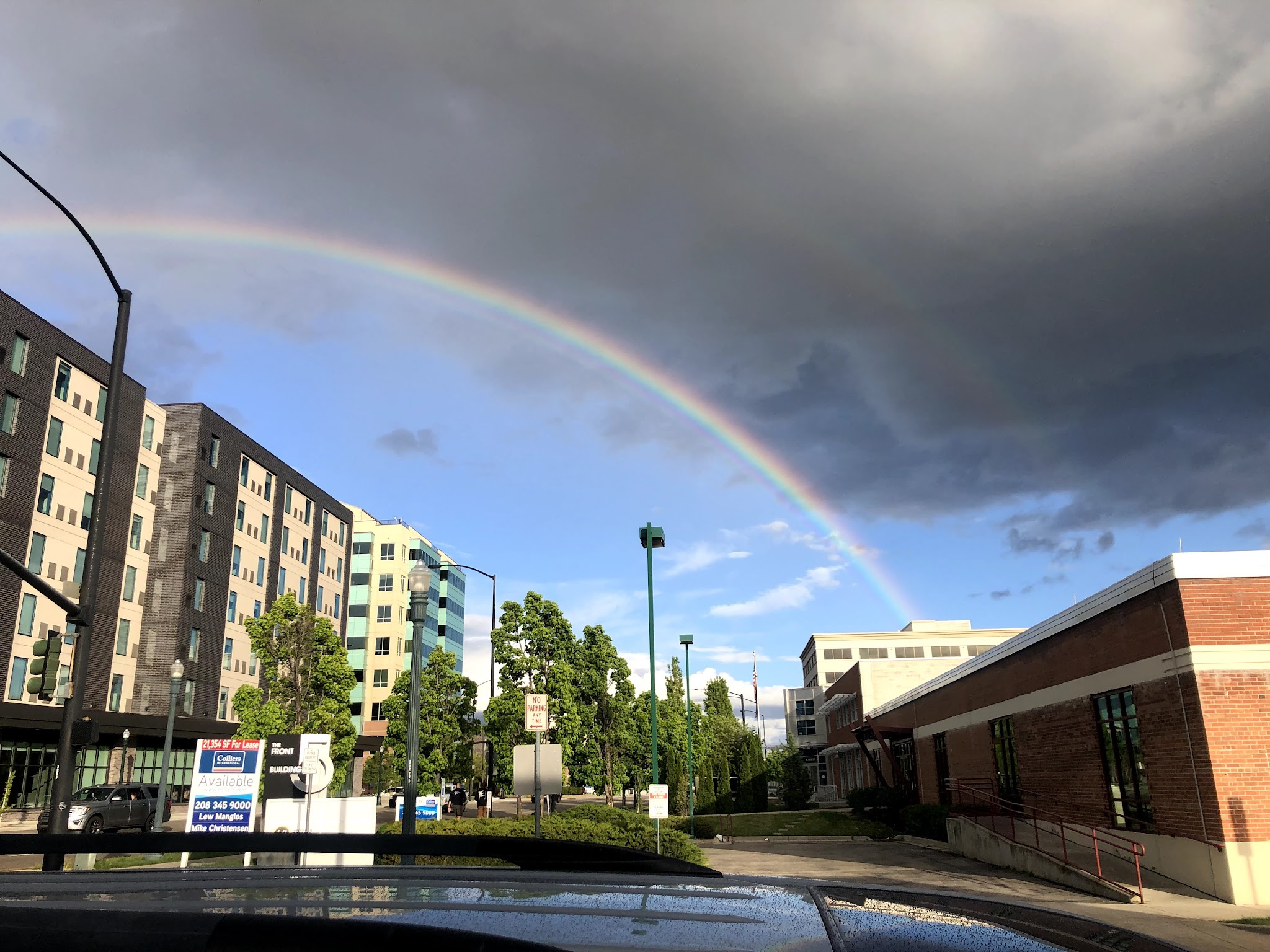