It is that time of year again! Hay baling time! Last year we had such a blast with the gang of guys that we couldn’t wait to do it again this year. The date was set and we headed out to the west side of the Salt Lake Valley . We got there first, so Branny went looking around while we waited. 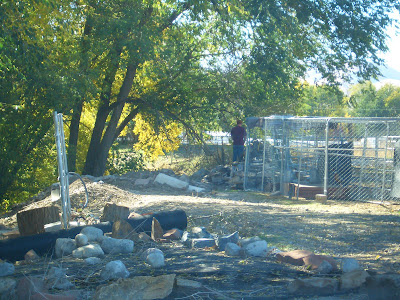 Karl and I met the horses. The black one is…well Grandma, what is her name? The one I really remember is Adi, short for adventure. He is grandpa’s horse and he loves him dearly. 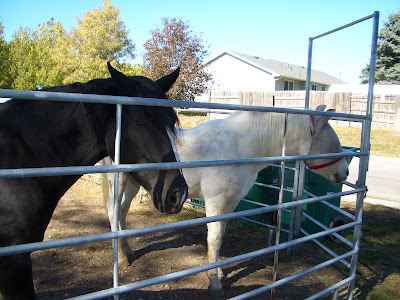 I mean just look at grandpa with him. 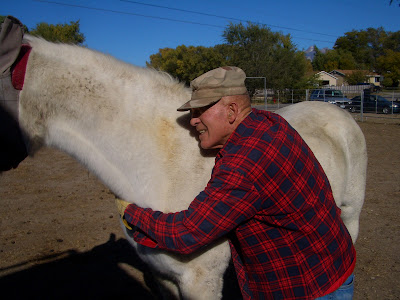 Karl wanted to give the black one a hug too. 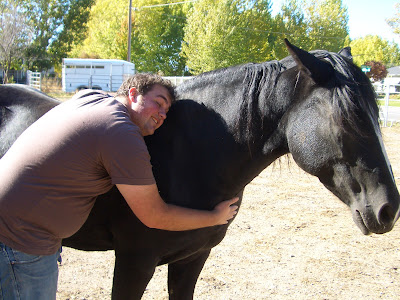 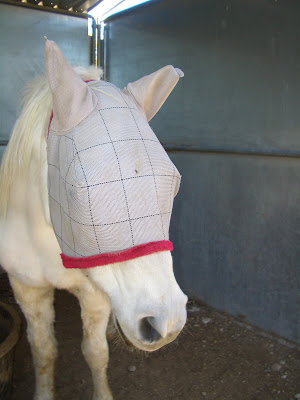 Grandpa got the horses in their stalls and we got to work. Adi was having trouble with his eye so they had this fly mask on him. Grandpa said it was his “sun glasses.” I just thought that the little cuffs over his ears. So cute.
Speaking of cute, check out Branny’s shoes he wore to work that day. 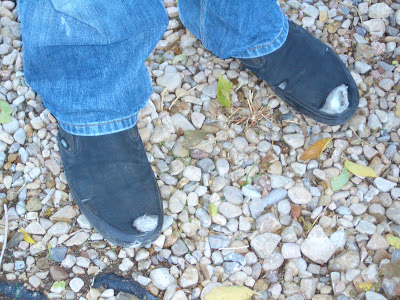 Is he the son of Marcus Pipkin or what?
As we were about to get started this little emaciated cat showed up. Grandpa was delighted. He said that he had given him up for dead. He served him two big plates of food and then, we got going. 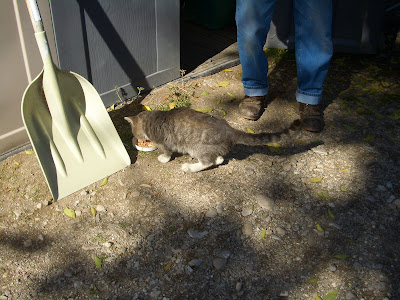 The weather was beautiful, and so was the surrounding countryside. 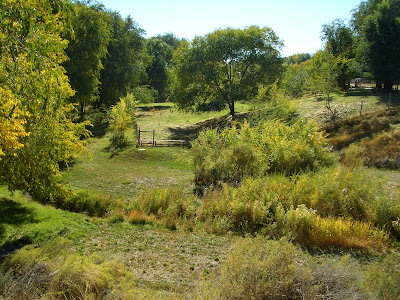 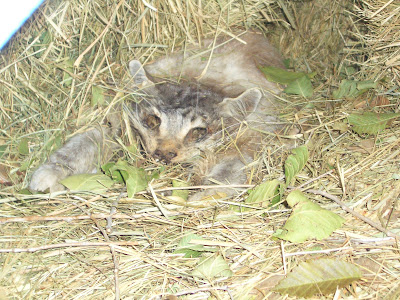 Yes, this is the hollowed out skin of a dead cat. It was horrifying.
Check it out. Yikes. Yes Karl was the one that cleared it out. He thankfully had gloves on, but that didn’t stop him from trying to give me a dead cat hug. 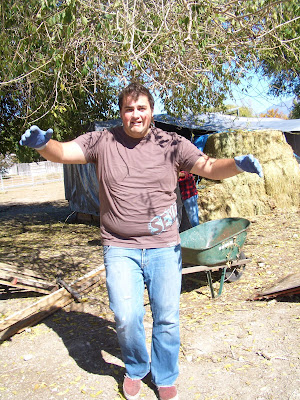 There were also a ton of nasty spiders. This one was probably the biggest one we found. There was also a HUGE black widow. YIKES! 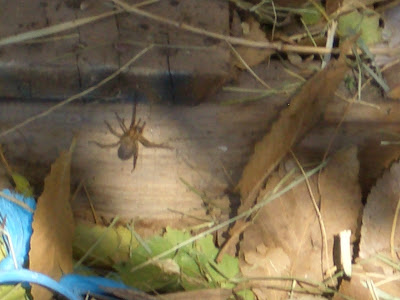 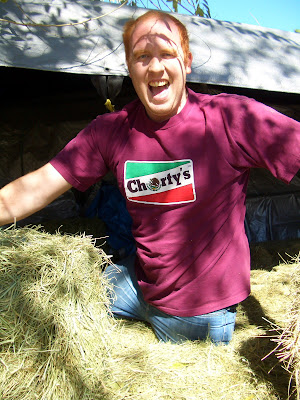 That kind of thing was particularly scary when you step through bails of hay, like Branny did above. But I am getting ahead of myself. Once we had the boards all taken down, removed the dead animals, killed all visible spiders, and destroyed a couple of wasp’s nests, we were off. Grandpa had given each of us a pair of gloves. I think Brandon looks particularly dashing in these. 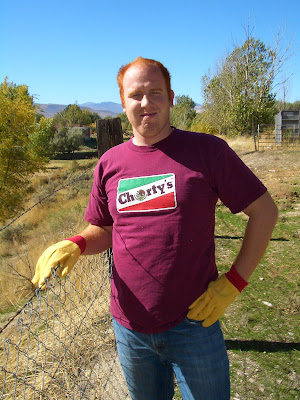 We started an assembly line of work from the one stack of hay to another. 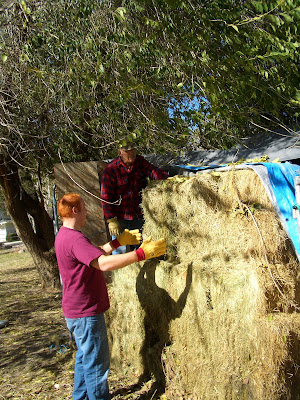 Grandpa and Branny grabbed a couple of bails they threw them into this wheel barrel, 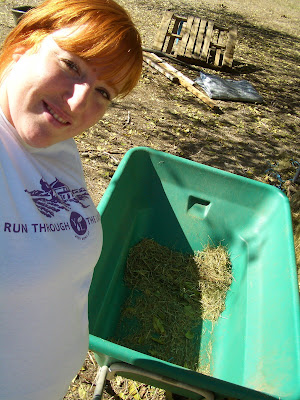 I would wheel them over to here: 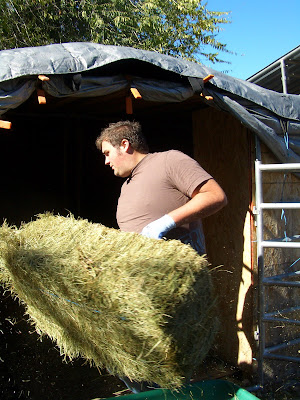 Where Karl was waiting to grab them, 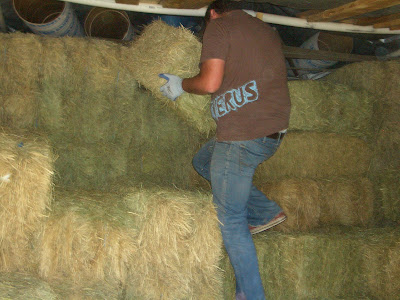 Climb up to the top of the pile, 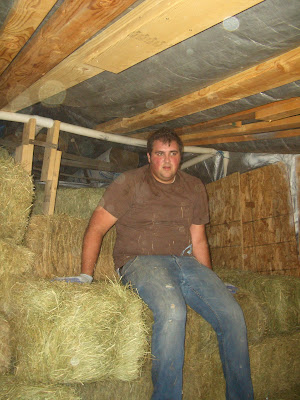 It was really sweaty in there. Poor Karl.
After a couple of hours the pile began to get smaller, 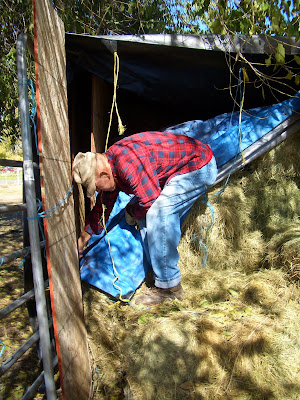 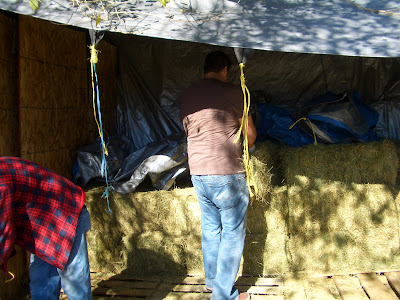 We took a SunnyD break. This is something I love about my grandparents. They always have SunnyD. 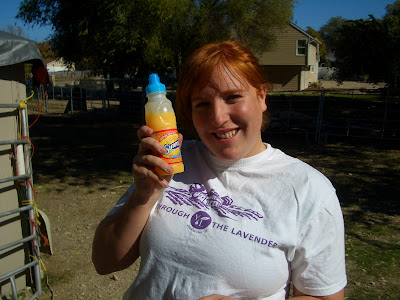 We were all done an hour later. We were all pretty tired. Look at poor little Brandon. 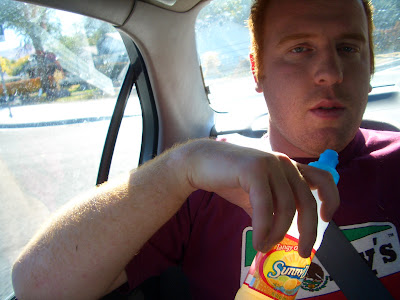 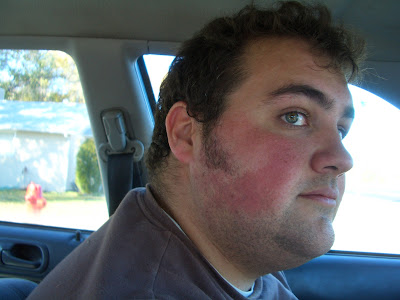 As a reward for all of our good work Grandpa took us to Cafe Rio for lunch. 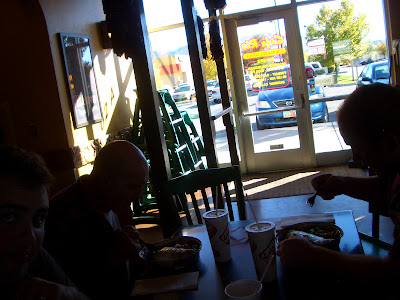 It was nice and cool and dark in there. We had a great time eating a talking. We were glad to be done, but as Brandon said at one point, it felt really nice to be outside and working hard. Thanks Grandma and Grandpa for the chance.

2 thoughts on “Hey Ya! Workin’ Hard With Grandpa and the Horses.”