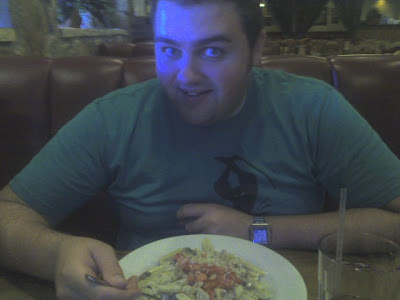 Here is Karl with his Penne! He loved it! 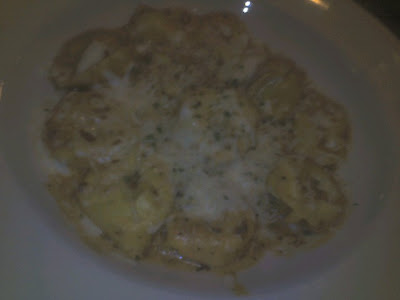 This is my baked tortenlloni. YUM!

On our way over we went to IKEA and bought a few little accents for the house. I have decided to add a bit of blue to the brown and orange. It looks good: 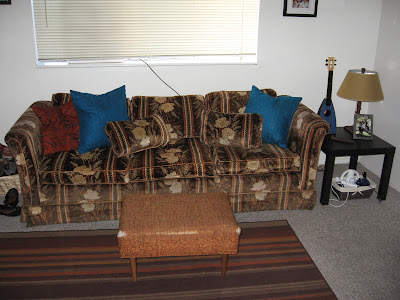 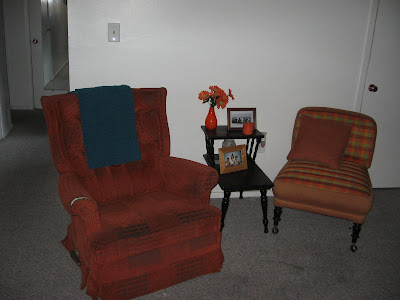 After dinner and IKEA we headed off to Costco…and bought something that I am not advertising on this blog. For more detail…call me.

We spent the rest of the evening together, talking about the old days… 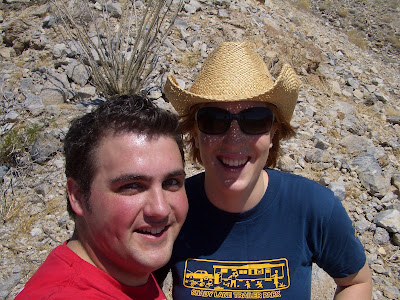 Here on a hike near Occotillo, CA, on one of our disasterace hikes while dating in the Valley. 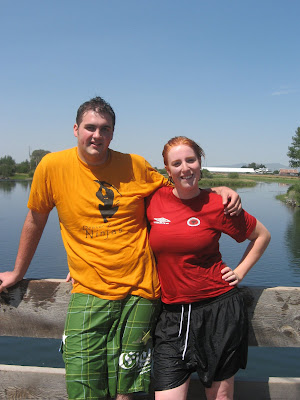 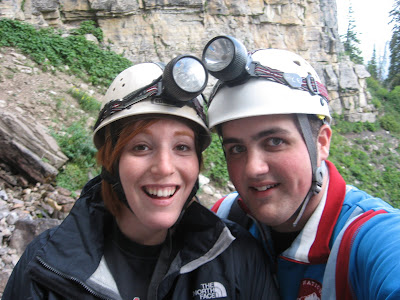 Caving at the Darby Wind Caves near Driggs Idaho for Karls 22nd b-day. 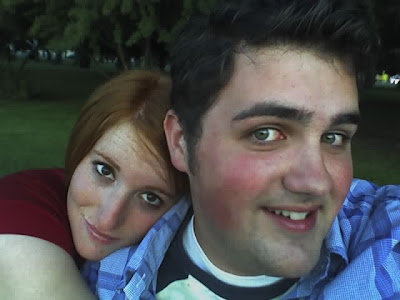 The night Karl called my dad to ask him to marry me. Karl was really nervous, you can see it in his face. I was there to give him support.
And of course the best day of all… 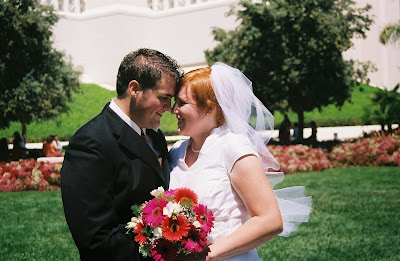 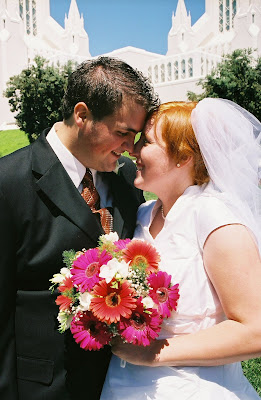 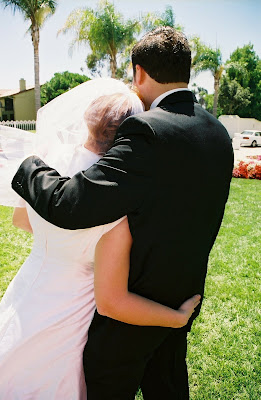 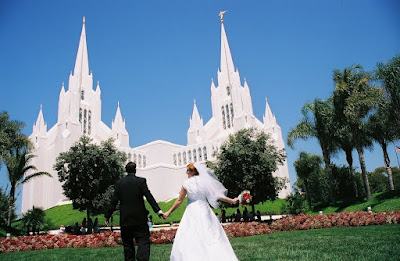 3 thoughts on “Our Second”