This week I was at work reading the paper, when an add popped out at me. “Demolition Derby!” I knew we had to go. I spent the rest of the week inviting all of our friends to come with up. Dev and Sam, had other plans. Krysta and Zach, not with the baby. Brandon and Leah were in until the very last min, then bailed on us to clean their house. Yes that is our appeal. Anyway we really wanted to go so we called up Krysta and Zach and said, what about just going to the fair. They were in, and we did what you do when you go to county fair…we ate fair food. 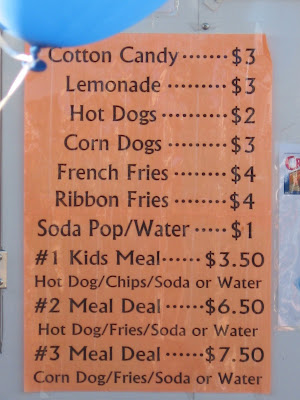 Yes like all fair food, it was incredibly over priced, especially since I noticed that the box of Costco frozen corn dogs in the doorway of the trailer. (I saw the same box on sale earlier that day for $10. ) Yes, that is quite the mark up. 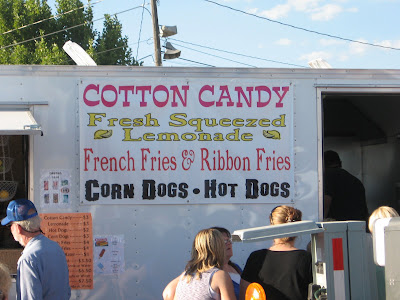 We waited for close to 40 min for our…”food” 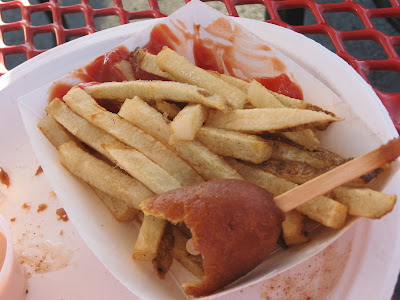 I am still not sure that it is worth it. Although the fries were really good. Fresh home cut fried. Still $4? You tell me. 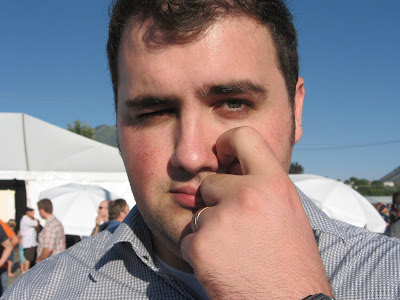 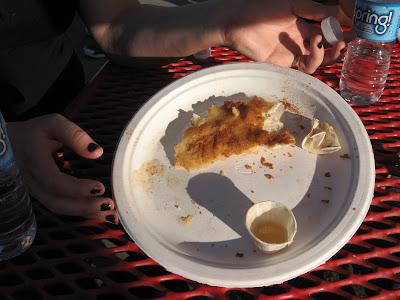 Although he had a huge Navajo bread before I even started my food. 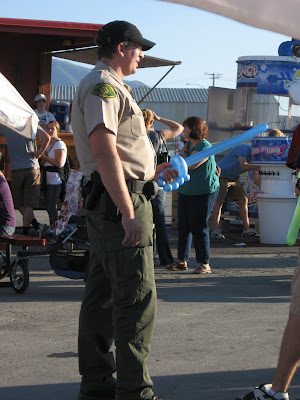 We were comforted that the local law enforcement was vigilant and dutiful as they looked out for rebel Jedi threats and kept alternative weaponry at hand to defend the public.

We also visited some of the exhibits that the fair had to offer: 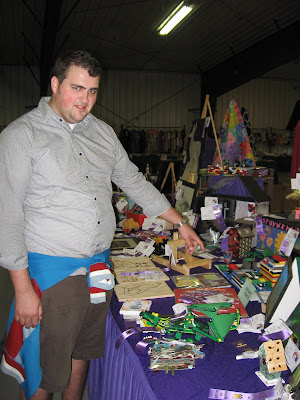 Karl was totally unimpressed with this honorable mentions winner. 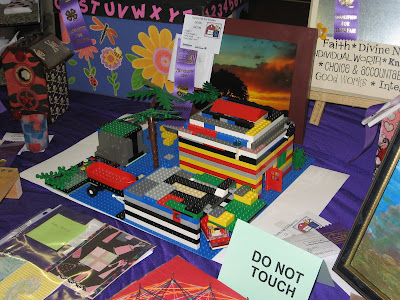 I believe his exact words were, “That the —? This isn’t even any good!” 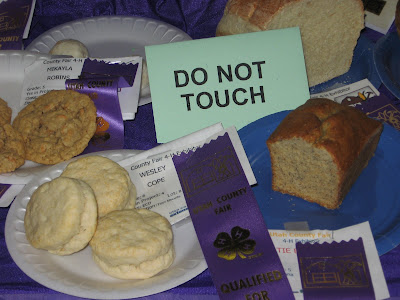 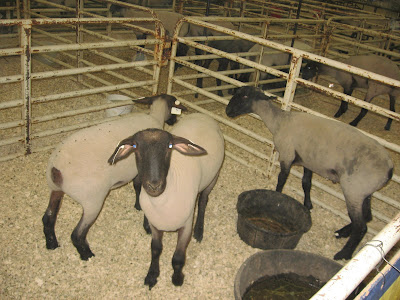 And of course what fair visit would be complete without a trip to the 4-H and FFA lambs. They were totally covered in flies. I had a close up, but it was WAY TOO close up to one of these guys bums!

Overall…I wish we could have gone to the derby.

3 thoughts on “The Utah County Fair”