I love birthdays. Seriously. I love them. I love buying presents, eating ice cream, going out to dinner, and planning surprises. I love Karl’s birthday the best because …well I love Karl the best and so we always have a ton of fun. This year was no exception! His birthday started on Friday night after we got home from the temple.

Karl love to have his hair cut, so we started there: 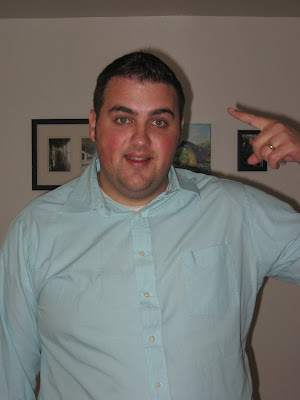 He looks great, if I do say so myself!
Yes, I cut Karl’s hair my self. I have gotten much better, this is a picture of his first hair cut… 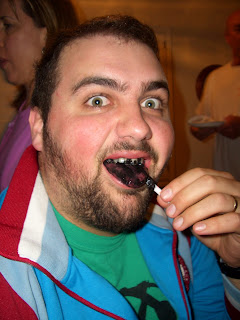 there was a lot of crying at the Hite house that night. But Karl is always a great sport about it. I went to an enrichment and got great training, so I am MUCH better than I used to be. I still get really nervous every time, but I am getting better, and this cut was the quickest and least stressful one yet.
We of course stayed up until midnight to ring in his birthday. I know it sounds really weird, but we had breakfast a midnight. Yep, steak and eggs, Karl favorite. I couldn’t finish mine, so Karl finished up for me.
Karl couldn’t wait to open his gifts, so he opened all of them right after breakfast. 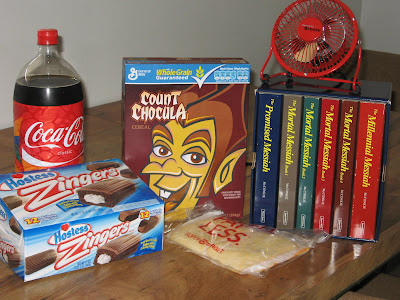 Karl’s presents included, Munster cheese, zingers, full flavored coke, none of this diet stuff, Count Chocula., a new little fan, and the messiah series by Bruce R.
He also got cards from my grandma Denny, my mom, his Neil grandparents, and barney grand parents. His mom and dad also gave him a 6 month subscription to Netflix. (A gift given for both our birthdays.)
We did breakfast at midnight so that Karl could sleep in on his birthday. Which he totally did. It was 1pm by the time we finally got out of the house.
When Karl was a kid, his mom would take her children to a special lunch out on their birthday. Karl would always pick subway. So that’s where we went. He had a double meat roast beef six inch, AND a Meatball Marinara six inch.
After lunch we did some birthday shopping, went to all of our fav thrift stores, Plato’s Closet, etc. We both got some fun stuff. 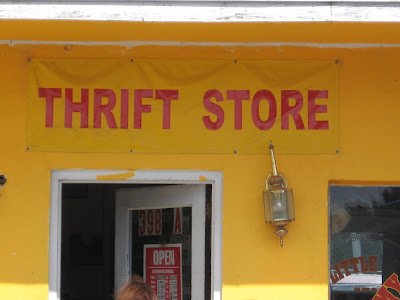 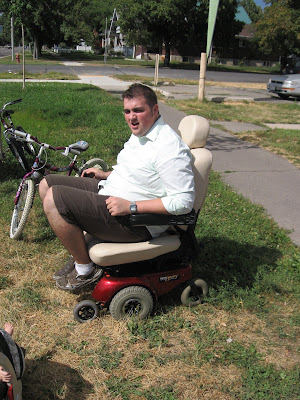 (Karl, here, testing out alternate transportation options…he was really close to choosing this one.)
At 3, we met up with out buds, Krysta and Zach, oh, and Ren of course, and played pool! 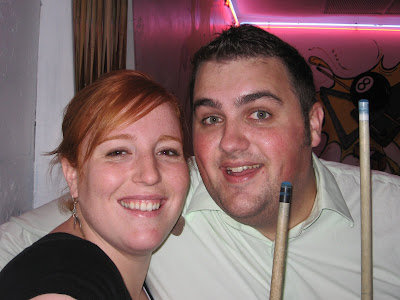 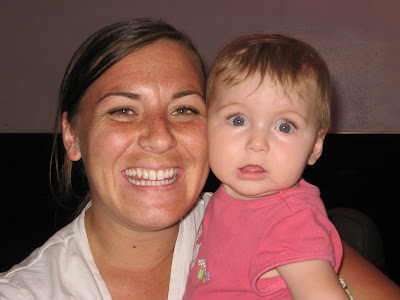 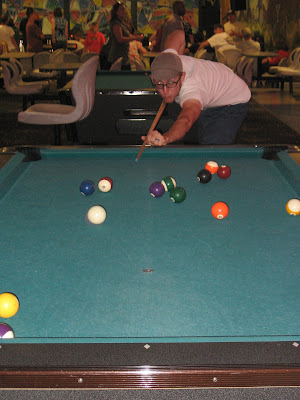 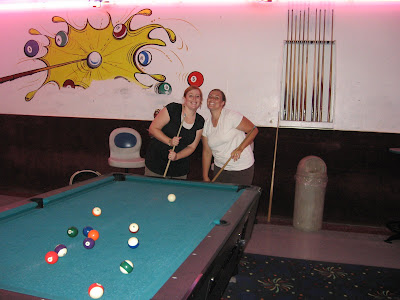 It turned out that I am not very good at pool. Krysta kicked my trash after I hit the eight ball in first. Yeah, I was bad. 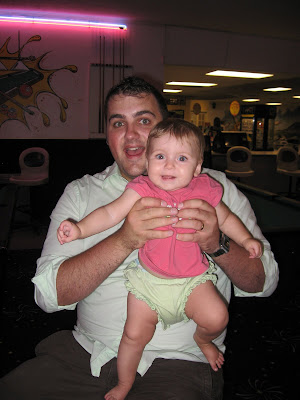 Karl and Ren…I don’t know who looks happier
After pool, at around 8, we all met up with Dev and Sam at Fudruckers for dinner! We were so stuffed! 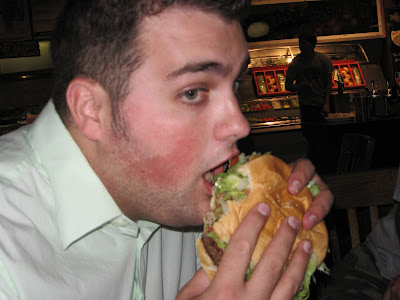 Karl got a 3/4 pound Southwest burgur. It was huge…but he ate the whole thing. 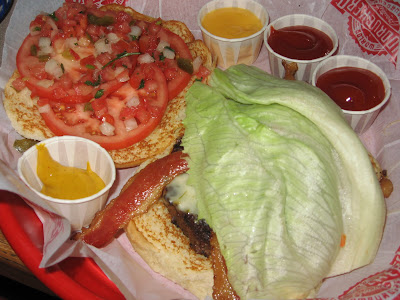 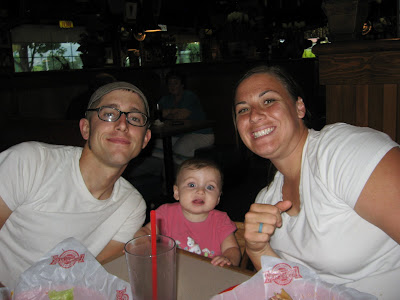 Krysta and Zac were good sports, they don’t eat a lot of meat, so it was a bit much for them, they look so happy though, you would never know. They were total champs about it! 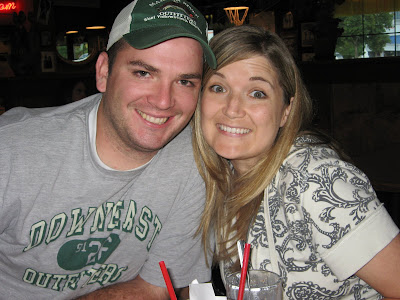 Dev and Sam…drinking milkshakes.
Then at about 11, we headed over to Krysta and Zach’s house, where Krysta had bought an amazing Marie Calender’s Chocolate turtle pie…no one could eat it. We were all too full. We light some candles and sang happy birthday! We’re joining a gym!